Bird symbolic jewellery
In most cultures, birds have always played major roles as symbols. A few of these include the sacred ibis of Egypt symbolized the moon god, Thoth, a deity of wisdom, apparently because its curved bill resembled the crescent moon. Cranes were symbolic of Apollo, the Greek god of the sun. The hoopoe plays a major role in the “The Conference of the Birds” in Islamic mysticism. Doves are well recognized as symbols of love and peace, and the Holy Spirit in Jude-Christian cultures is often symbolized as a dove. Birds are found as emblems or escorts of Celtic goddesses, especially the carrion-eaters, such as crows or ravens, that accompanied goddesses of war and death. Birds sometimes represented souls leaving the body, as their connection with warrior goddesses would suggest, but they also were seen as oracular. The designs formed by birds in flight were the basis of a now-lost system of divination. Not all Celtic bird imagery was gloomy or foreboding. Sweetly singing birds surround goddesses such as Rhiannon, whose presence was always indicated by their joy-giving song, whose bright-feathered companions eased the pain of the sick with their songs. Individual bird species had specific associated traditions. 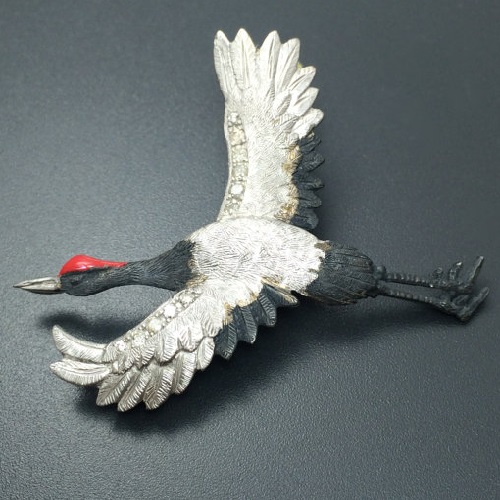 Silver crane. Japanese jeweler Yuuzan Yamamori writes ‘Crane is the symbol of long life. I expressed the beauty and vital of life’

Crane is a symbolic animal. The Celts believed that birds, like trees, stood in two worlds, belonging to the other-world as well as this one. Birds like the crane at home not only in air and on land but also in the water, were especially magical. Cranes typically represented the feminine force, especially when they appeared in threes; because they stand upright, they were imagined to have originally been human. In folklore cranes represent bad will and miserliness.

The crane is often a messenger of the gods in Chinese, Japanese, and Greek mythologies. In medieval Christianity the crane is a symbol of vigilance, loyalty, and good works. 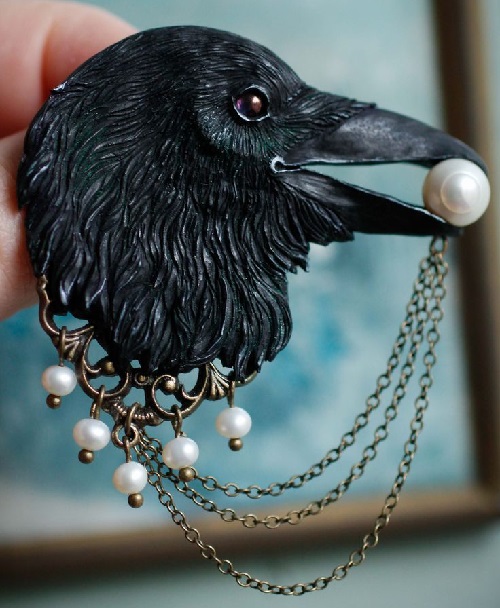 Crow is a symbolic animal. One of the most mythologically significant birds of Celtic lands, the black-feathered crow was usually connected to the goddess in Ireland, although in Wales it is the god/hero Bran The Blessed who bears a crow-name, for Bran means raven or “carrion crow.” Black-winged Morrigan and the scald- crow Badb both took crow forms, as did the continental Celtic Cathubodua; all were connected with battle, and some have described the shrieking black-robed Druid women of Anglesey as enacting the part of the crow goddess as battle raged. War, death, and foreboding were associated with the crow goddess, who flew over the battlefield searching for carrion rather like the Scandinavian Valkyries.

Perhaps because they hover over dying beasts as though predicting death, crows were believed to have premonitory or divinatory powers. Continental Celts believed that crows could reveal where a town would best be situated. They could be trusted to settle disputes wisely; complainants had only to set out similarly sized piles of food and let the birds either eat or scatter one claimed in advance by the more truthful contender. In Ireland it was considered ill-fortune to have a crow look down your chimney, for that would indicate a coming death. 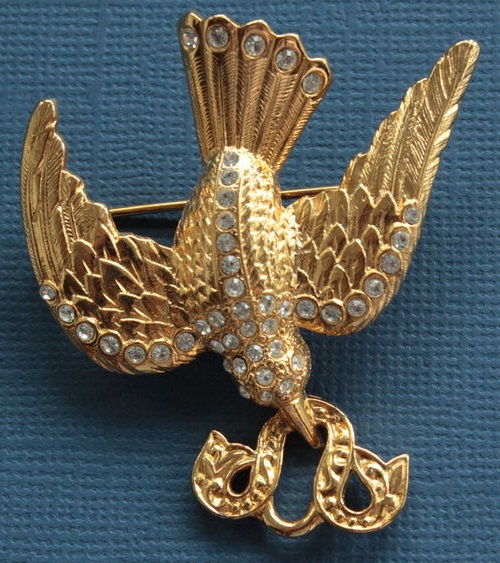 Dove is a symbolic bird. Among the continental and British Celts, the dove was associated with healing and with oracles, a connection that may have arisen because the ill are often eager for insight into the future. 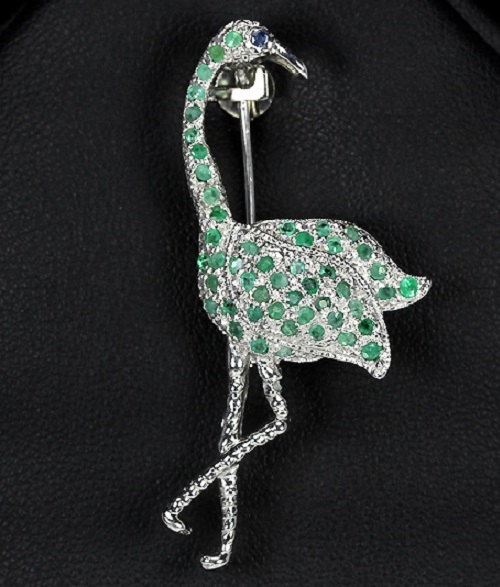 Symbolic bird Egret. Waterbirds were important religious symbols to the Celts, for they lived comfortably in various elements: in air, in water, on land. The egret was the special symbol of the continental Celtic god Esus, although the crane also appears in his iconography.

Heron is a symbolic animal. Several bird species had specific symbolic value in Celtic tradition. One of these was the heron, which as a waterbird existed in several elements (air, land, water), thus becoming an emblem of Otherworld power. Herons appear in contexts similar to that of cranes, typically representing the feminine force. An exception is the story of the bitter satirist Aithirne who sought to steal the herons of the Fairy Mound of Bri Leith. These herons represented the sinful quality of inhospitality. 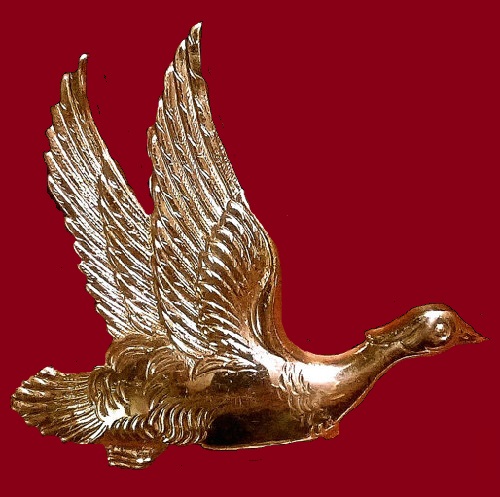 Goose – a large web-footed bird, connected with numerous deities in world mythology as a symbol of fertility, watchfulness, war, love, autumn, and the sun. The goose is sacred to various Egyptian deities such as Amun-Ra, Isis, Geb, Osis, Osiris, and Horus. Amun-Ra is sometimes called “The Great Grackler” in reference to his role as creator of the world when he laid the Cosmic Egg. In Greek mythology, the goose is sacred to Hera as queen of heaven, to Apollo as sun god, Ares as war god, and Eros as god of love and sex. 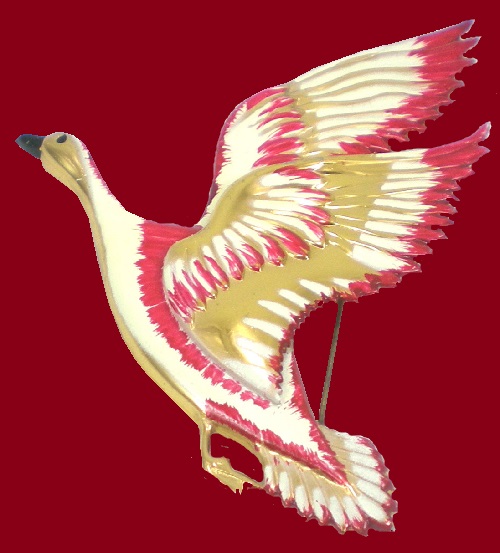 According to Roman legend, when Rome was being invaded, the sacred geese in Juno’s temple began to cackle when they spotted the enemy. They were killed by enemy soldiers but not before the Romans had been warned of the invasion. Later a golden goose was carried in procession in honor of the geese. The goose is sacred not only to Juno but to Mars as war god and Priapus as fertility god. 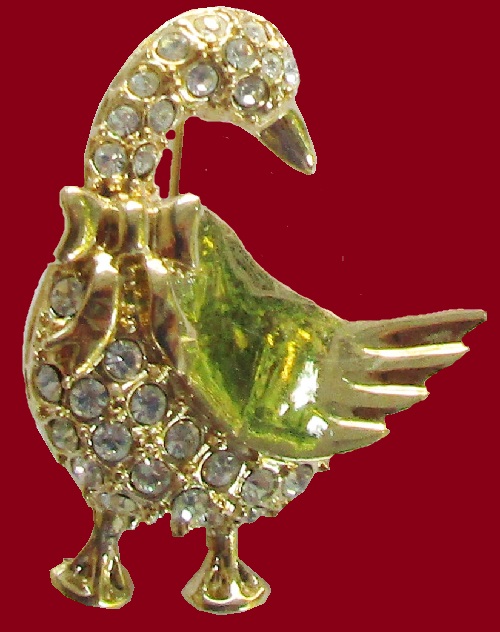 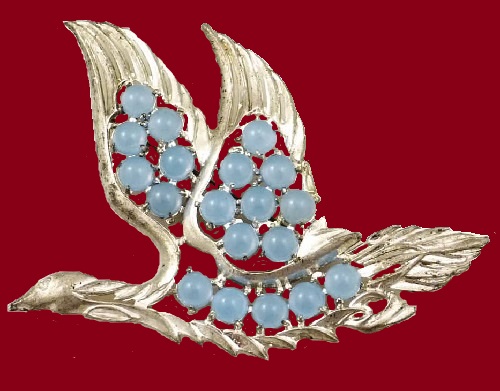 In European Christian folklore, the English custom of eating goose on St. Michael’s Day is sometimes said to have originated in the time of Elizabeth I, who on St. Michael’s Day received news of the defeat of the Spanish Armada while she was eating goose. But the story is apocryphal because the custom of eating goose can be traced back to the 15th century in England, when Edward IV ate the fat goose to augur the termination of the rainy and wintry season. 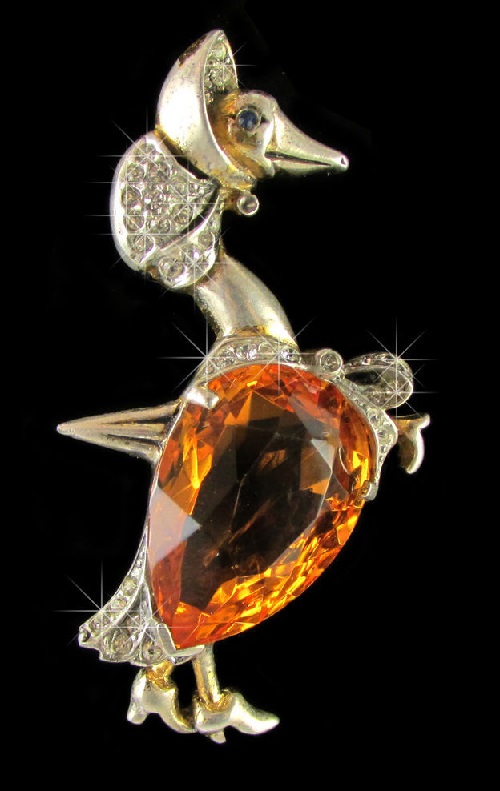 Perhaps the best-known Aesop fable about a goose is “The Goose That Laid the Golden Egg,” which has given rise to the saying, “kill the goose that lays the golden egg,” whenever people’s greed alienates those who are generous to them. Another expression, “cook a person’s goose,” refers to the European legend of Eric, king of Sweden, who approached an enemy city and found a dead goose hung over one of its walls in derision of his invasion. As he set the town to torch, he is reported to have said, “I’m cooking the goose.” 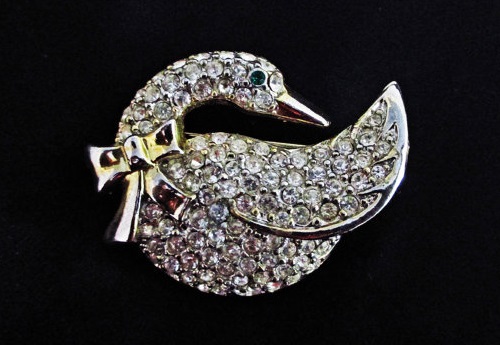 There are numerous motifs associated with the goose in the Motif Index of Folk Literature. Goose That Laid the Golden Eggs, the Aesopic fable that appears in European and Oriental sources, probably originally Indian because it appears in the Jatakas, or Birth- Stories of the Former Lives of the Buddha. A farmer went to the nest of his goose to see whether she had laid an egg. To his surprise he found, instead of an ordinary goose egg, an egg of solid gold. Seizing the golden egg, he rushed to the house in great excitement to show it to his wife.

Every day thereafter the goose laid an egg of pure gold. But as the farmer grew rich, he grew greedy. And thinking that if he killed the goose he could have all of her treasure at once, he cut her open, only to find nothing at all. Moral: The greedy who want more, lose all.

Hawk – a bird of prey with a hooked beak and powerful claws. The cult of the hawk or falcon is one of the oldest in Egypt, where the bird was was identified with various sky or sun gods, such as the Horus gods and Ra. The bird also was identified with Osiris, the god of the dead. The main center of worship was at Hieraconpolis (hawk city). According to Herodotus’ Historia (book 2), the punishment for killing a hawk was death. In Egypt the hawk was also sacred to the Greek god Apollo in his role as diviner. One of the earliest Greek fables, told by Hesiod in his Works and Days, is titled “The Hawk and the Nightingale.” In it the hawk is portrayed as a greedy, vicious bird. 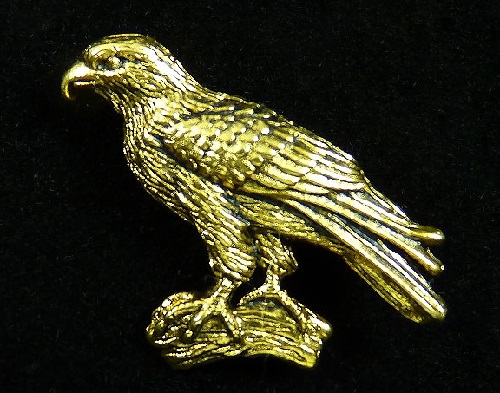 Hawk and the Nightingale, The Aesopic fable found in Hesiod’s Work and Days, written in the eighth century b.c.e. and considered the earliest known example of the Greek fables. A hawk caught a nightingale and was carrying it high in the sky. The nightingale cried out, but the hawk was unmoved. It said to the poor bird: “What’s wrong with you? Why scream? I’m your master and can do with you what I want. If I like I can let you go free, or if I prefer, I can eat you for dinner.”
Moral: He is a fool who fights with someone who is stronger than he—he will not only lose the battle but will also be disgraced.

Pelican – a large, web-footed, fish-eating bird having a large bill with a distensible pouch. In medieval Christian belief the pelican was a symbol of a pious, self-sacrificing creature identified with Christ. St. Jerome writes that the pelican was known to restore life to its dead young by shed¬ding its own blood after the offspring had been killed by a serpent. The saint then explained that the serpent was the devil; the offspring, mankind trapped in sin; and the pelican, Christ, who shed his blood to save mankind. Dante’s The Divine Comedy calls Christ nostro pelicano (our pelican). 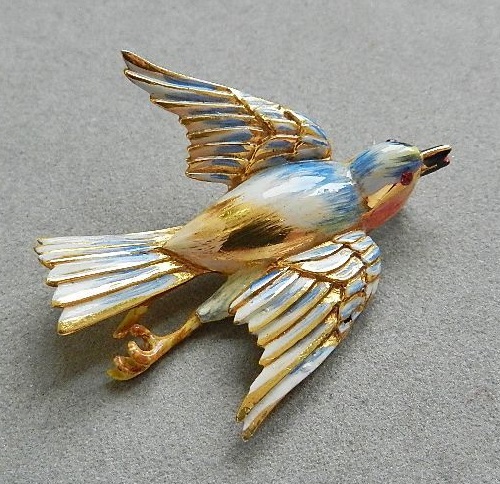 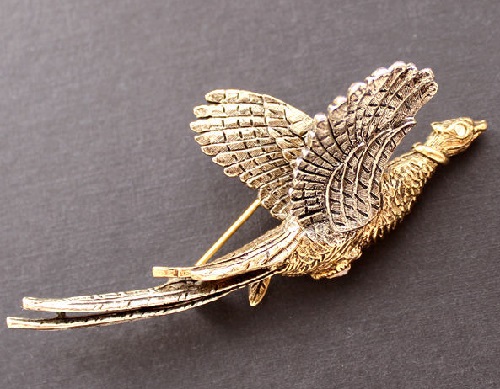 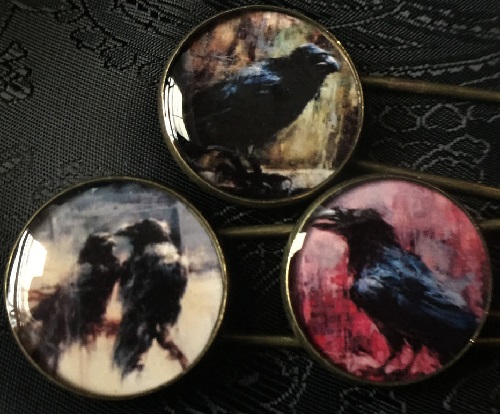 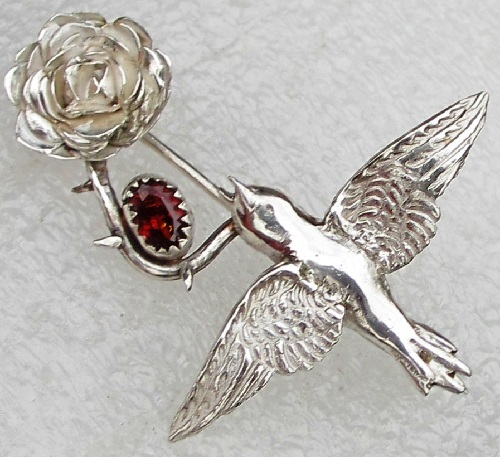 Nightingale and Rose brooch by Zilvera, inspired by Oscar Wilde