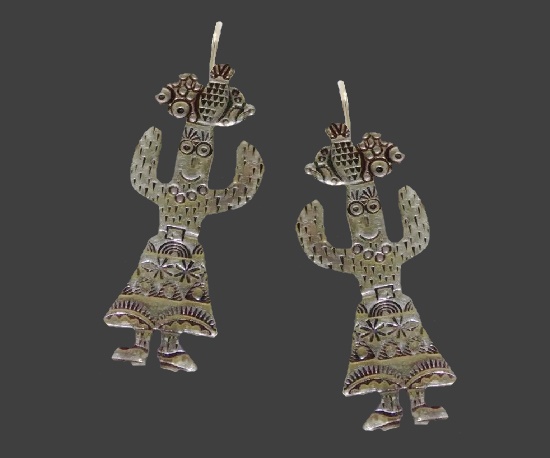 Richard Lindsay vintage silver jewelry
Born in 1946 in Colorado, Richard Paul Lindsay is a talented artist, silversmith and designer whose jewelry pieces have become highly collectible. He began crafting silver jewelry nearly fifty years ago after moving to Tesuque in Santa Fe County, New Mexico in the mid-1970s. Following the artistic traditions of local silversmiths, he combined authentic Native American motifs and classic American design in his design. To create jewelry, Richard used high-quality gold, silver, precious and semi-precious stones. The designers marked his jewelry with the initials “RL” with a triangle logo, or “Richard Lindsay” in script.
Celebrities who have worn Lindsay jewelry include Meryl Streep, Madonna, Sandra Bullock, Paris Hilton, and more. The designer’s work has been featured on television and in the press, including Accessories, Ladies Home Journal and Life magazines.
Noteworthy, during his creative activity he launched several jewelry trademarks. First of them, in particular, was “RL” trademark registered in 1975 and active until 2004. Then, Walking Trout (1976), Happy Critters (1983-1998), Howling Coyote (1985-2005), Richard Lindsay Designs (1986-1993), and Brewski (1989-1995). Also, three trademarks “Lindski”, “Life In The Food Chain”, and “Zeno The Doggy Wonder” registered in 1992 ceased to exist in 1999.
END_OF_DOCUMENT_TOKEN_TO_BE_REPLACED 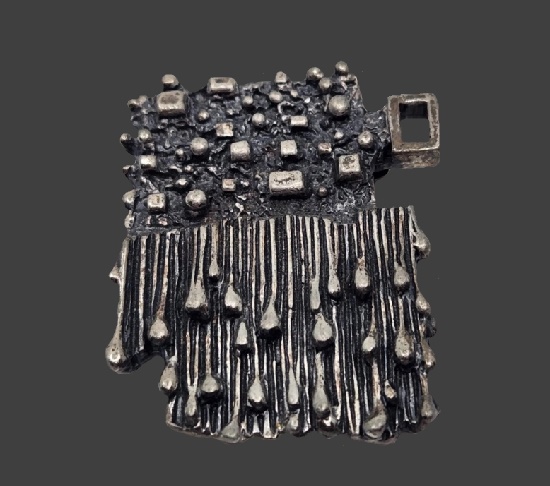 Canadian jewelry designer Robert Larin (1968-1980s)
Mid-century Scandinavian modernist silver jewelry has inspired many designers around the world. Among them was the most notable Canadian modernist jewelers of the 1960s and 70s Robert Larin. Already at the age of 21, he founded his workshop on Rue Papineau in Montreal, where a team of artisans, most of whom were deaf, created quality refined jewelry. Handcrafted from pewter, oxidized metal alloys, silver and gold, these modernist pieces have been highly collectible today.
Noteworthy, after closing his workshop in 1977, Robert Larin founded the eponymous company Bijoux Robert Larin Inc. Registered in 1979 at 315, rue Benjamin Hudon, Ville St – Laurent, Québec, Bijoux Robert Larin Inc. ceased to exist in the early 1980s. Accordingly, the maker’s mark differs and may include “Robert Larin” in script, or R.Larin in block letters.
END_OF_DOCUMENT_TOKEN_TO_BE_REPLACED 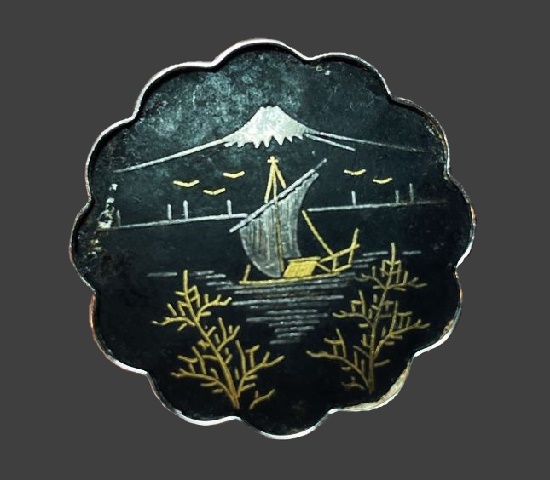 Amita Damascene vintage jewelry
The history of the Japanese jewelry brand Amita began in 1932 in Kyoto, founded by Shintaro Amita. Due to the WWII, the company ceased operations in 1940. However, in 1947, the president of the company Tomokuni Amita resumed the business as Amita Damascene Co., Ltd. The team of forty craftsmen made damascene jewelry by hand using 24 K gold and sterling silver.
Noteworthy, Amita Damascene is one of the most traditional handicrafts succeeded only in Kyoto since more than one thousand years ago. To support skills in jewelry craftsmanship, the company opened Amita Damascene Craftsmen Training School in 1952.
In the period from 1932, the management of Amita changed the name of the company several times. So, in 1957 Amita Damascene Co. Inc. became Amita Trading company, and in 1966 Amita Jewelry Corporation.
In the 1970s, with a change in company management and a decline in demand for jewelry, Amita Corporation redirected its business to the development of tourism opening hotels, restaurants and souvenir shops. Amita jewelry produced from 1932 to the 1970s is highly collectible today.
END_OF_DOCUMENT_TOKEN_TO_BE_REPLACED 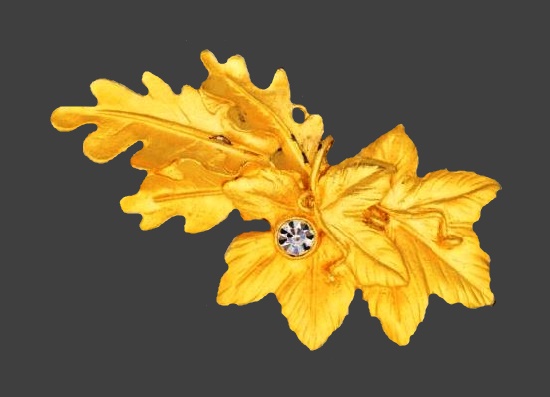 Georgiou G vintage costume jewelry
The history of the Georgiou G jewelry brand began in 1984 in San Francisco, California, as a family business of George Georgiou and his wife Judith. Born in 1940 on the island of Cyprus, George Georgiou graduated from the University of San Francisco where he studied economics and mathematics. In 1974, he founded Kolonaki Imports, Inc with a retail store on Union Street (San Francisco) where he sold gifts and clothing from Greece and around the world.
Creative and talented, Georgiou began designing his own clothes and accessories, including jewelry. This is how George Design Studios, Inc was born. It was a design, manufacturing and retail corporation with dozens of brands for the production and sale of textiles, clothing, footwear, hats and accessories.
In addition, the design team created exquisite high-quality jewelry using gold and silver metal alloys, multi-color and glitter enamel, art glass, imitation pearls and rhinestones.
Georgiou G jewelry trademark ceased to exist in 1999. Today, 82-year-old George Charal Georgiou lives in Ross, California, working as a fashion photographer, and his fashion brand Georgiou is popular all over the world.
END_OF_DOCUMENT_TOKEN_TO_BE_REPLACED 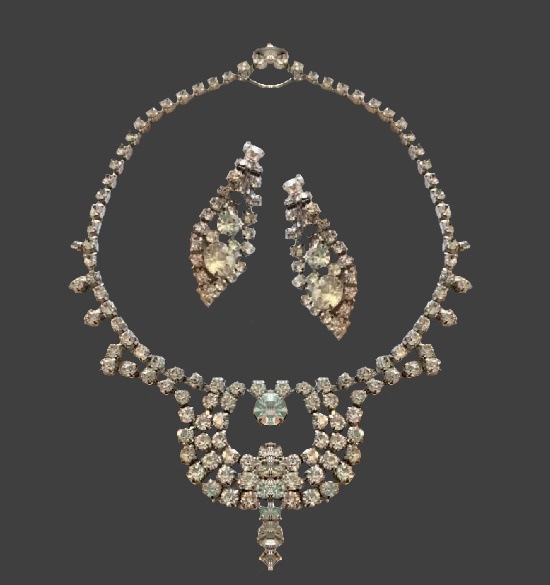 Gale Grant vintage costume jewelry
The history of one of the oldest American brands “Gale” began in 1921 in Chicago, Illinois, as a manufacturer of clothing, corsages and brassieres. In 1943, Sears, Roebuck and co of Chicago, Illinois adopted and began using the Gale trademark. In addition, the corporation established Gale Grant Jewelry Ltd (alternative name “By Gale Creations”) to produce fine costume jewelry. The company went through ups and downs, changing directors and addresses – 485 Madison Avenue, 818 Lexington Avenue and 24 West 40th street, New York, NY. Among the directors who ran the company were Gertrude Golden and Paula Gould. The company produced jewelry until the 1980s and ceased to exist in 2011.
Traditionally, Gale designers used high-quality rhinestones, crystals, art glass imitating natural stones, enamel, metal alloys of silver and gold, as well as rhodium plating.
The earliest marking consisted of a stylized word “Gale Grant” printed on paper tags or cards, and later maker’s mark included “By Gale” with a crown over the letters “al”. Noteworthy, jewelry marked “Gale” is rare and collectible.
END_OF_DOCUMENT_TOKEN_TO_BE_REPLACED 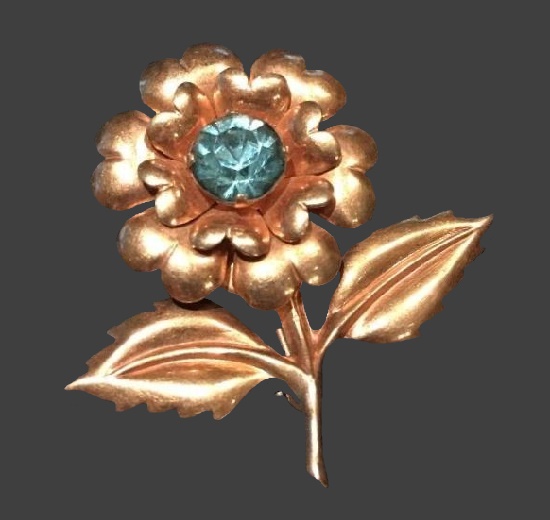 Signed Linc vintage costume jewelry (1940-50s)
The history of the American fine costume jewelry brand Linc covers a short period of the 1940s – 1950s. Linc’s jewelry design is a typical example of the jewelry fashion of the 40s and 50s of the last century. These are classic and art deco brooches in the form of flowers and bouquets intertwined with ribbons, floristic compositions made by hand from 12 carat yellow and rose gold, sterling silver and crystals. Noteworthy, the design of most brooches allows them to be worn both as brooches and as pendants.
Rare high-quality Linc jewelry has a high collector rating among fans of antique and vintage costume jewelry.
Significantly, Vogue editor Carol Woolton wrote the book “Floral Jewels” (2014), which includes Linc’s jewels among over 200 images of floral jewelry made by the most famous fashion houses in the last century.
The markings on the oval cartouche include the stylized word Linc, where the elongated base of the letter “L” seems to emphasize the word “inc”. Also, the marking indicates the purity of gold or silver – 1/20 12K or “sterling”.
END_OF_DOCUMENT_TOKEN_TO_BE_REPLACED 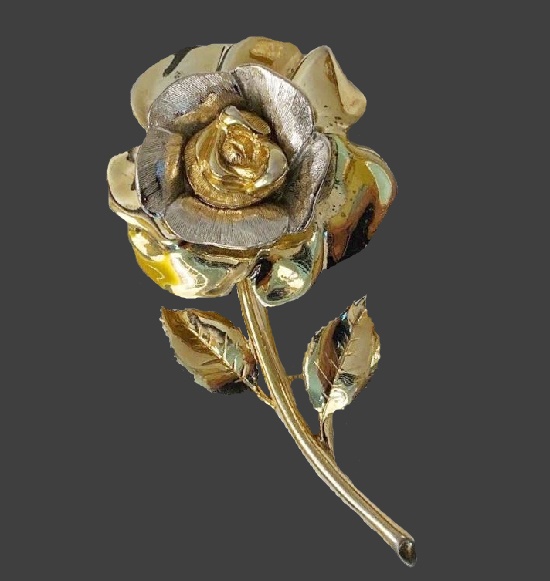 Signed Pago vintage costume jewelry (1957-1965)
The history of the Pago jewelry brand began in the mid-1950s in San Francisco, California. In the vintage jewelry market, products marked “Pago” are extremely rare. Unfortunately, there is no much information about the company and its founders. One of the reasons for this uncertainty is the short life of the company, less than one decade.
Noteworthy, according to the 1959 US Catalog of Copyright Entries, the company patented several jewelry designs. Among them, in particular, bracelets made of metal and jewels with animal design charms. Also, the company’s jewelers created brooches, pendants and earrings using gold-tone metal alloys, pewter, rhinestones, art glass and faux pearls. The maker’s mark on oval cartouche includes the word “Pago” in capital letters and a copyright sign.
The company ceased to exist in the mid-1960s.
END_OF_DOCUMENT_TOKEN_TO_BE_REPLACED