Comb and Hair symbolic jewellery
A symbolic object, comb is associated with the mermaid, who used to sit on a rock combing her lovely hair, the better to lure sailors to their deaths. Invoking the principle of sympathetic magic—like attracting like Scottish girls were warned not to comb their hair in the evening when their brothers were at sea, because it might draw the energy of a dangerous mermaid to their ship. Combing one’s hair on a Wednesday would result in sterility, although the reason for this belief is unclear. Hair symbolic jewellery. Fine hair combs of the first half of the XIX century

In Ireland, the comb was especially associated with the goddess-queen Medb, whose sexual potency was legendary. The comb appears to represent the feminine force, especially in its malevolent form, a motif that appears in Scottish lore that described bad girls as combing fleas and frogs from their hair, while good girls would release gold and jewels. 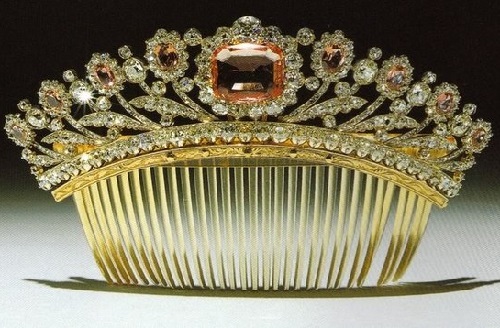 Hair is a symbolic object. Hair was an important ritual and spiritual symbol to the ancient Celts. Warriors wore their hair long and their mustaches untrimmed when they went into battle, sometimes treating them with lime to create a fearfully wild appearance. Women’s hair was long as well, often braided or otherwise dressed; hair was considered a mark of their sexual power. 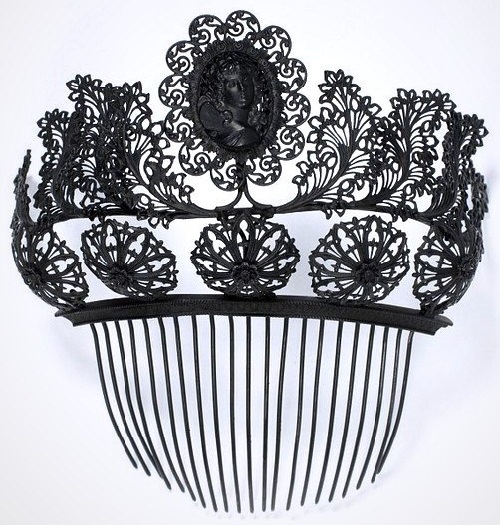 Beautiful hair comb of the first half of the XIX century

Druids wore a special tonsure or haircut that distinguished them from others in the tribe.
Folklore records many superstitions that emphasize the continuing importance of hair as a symbol. People were careful never to throw cut or combed hair into fire, for fear that they would come down with fever; this is typical of magical part-equals-whole thinking. 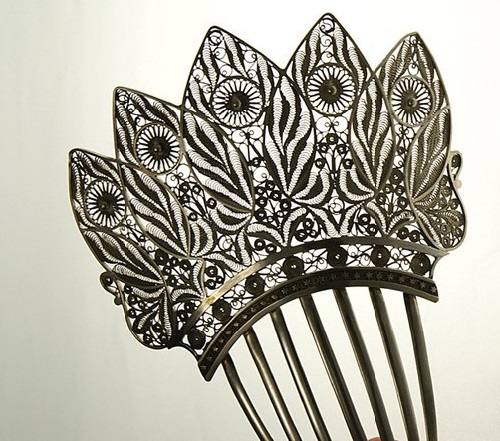 Exquisite hair comb of the first half of the XIX century

In ancient times people were aware of the significance of magical hair. The ancient Slavs believed that it is through the hair in the human body flows the energy of Mother – Earth and Father – the sun. Our ancestors believed that through the hair we get the kind of protection and wisdom from the Great Gods, who guarded against evil spirits and maintained a healthy body and life. 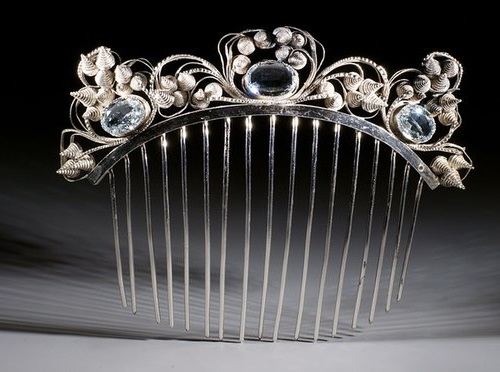 Gorgeous hair comb of the first half of the XIX century

Maiden of hair gathered in a braid for a reason: the braid consisting of three strands, embodied the symbolic model of the universe, and the balance of the three worlds – Reveal (phenomenal world), Navi (lower underworld) and the right (the Supreme Divine world). Once married, single braid was divided into two parts: Now a young wife and mother had to draw strength not only for herself but also for her husband and children. 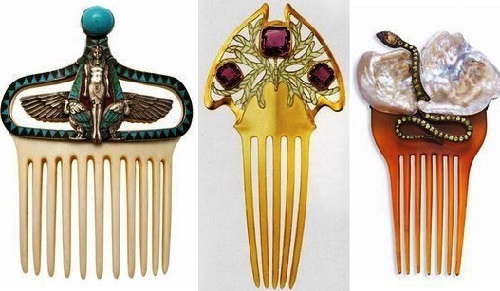 Art Nouveau combs, the beginning of the 20th century

For women hair was not just the dignity and grace, it showed the quality and level of energy and inner strength. The Vedas say that the hair accumulates positive energy reserve, which allows you to stay calm and balanced in all situations that require a large expenditure of mental energy. 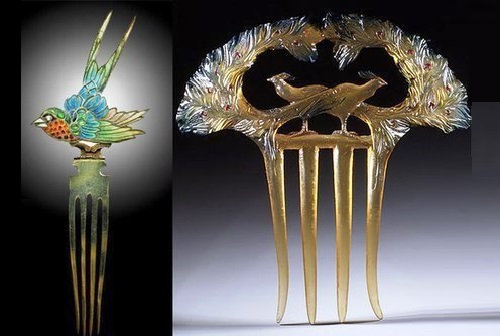 Women in Russia always grew their hair long and braided them into braids. Braids for every woman plays the symbolic role. The longer it is, the wiser is the owner, and the more forces of goodness, love and affection she has. 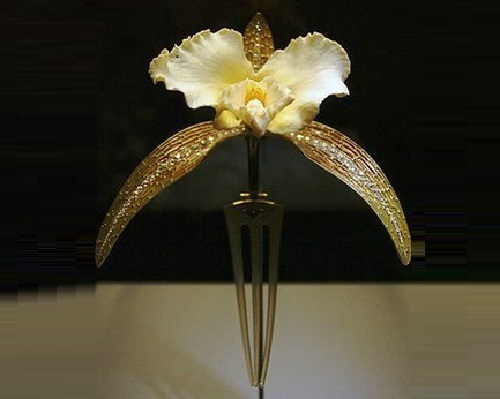 Orchid Art Nouveau comb, the beginning of the 20th century

Red hair was considered especially significant, for it showed that fairy blood ran in the person’s veins. Mermaids lured sailors by combing their hair, and according to the principle of sympathetic Magic it was dangerous for girls to comb their hair when their brothers were at sea. Animal hair also had power, especially that of horses, which could come alive if put in water. Should a person, especially a child, be bitten by a dog, the wound had to be bound with hair from the animal to ensure healing. 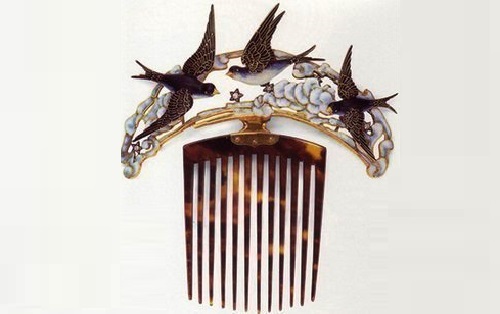 Bird Art Nouveau combs, the beginning of the 20th century

Women treated hair with great care and love. They knew that the hair – a real gift of God: using hair she can captivate a man, bring abundance to the house, and even cure the child. In the old days it was customary to give locks of hair to wear them in the heart locket, and to always remember about their beloved … Women’s hair used in many magical rituals and divination. 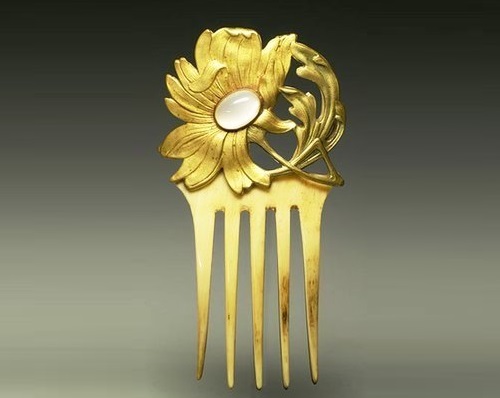 Flower Comb. Art Nouveau, the beginning of the 20th century 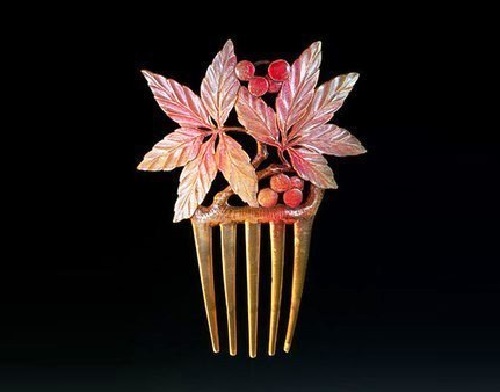 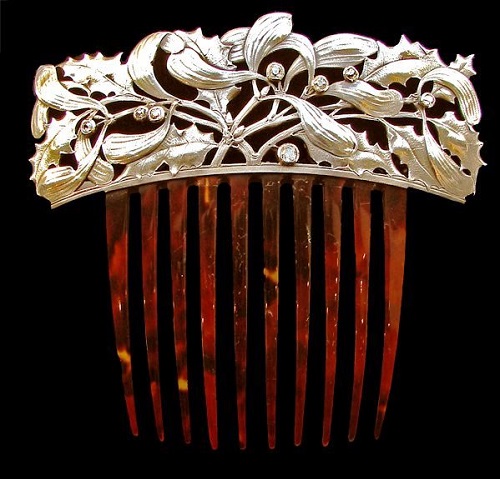 In the style of art nouveau, the beginning of the 20th century 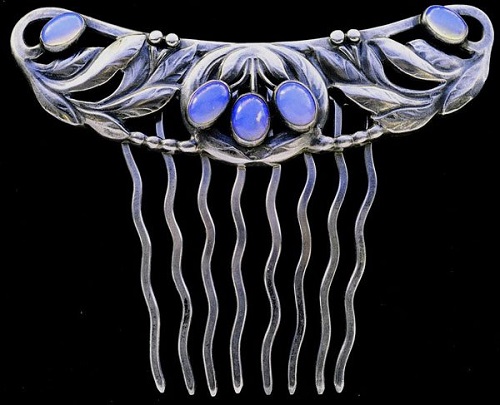 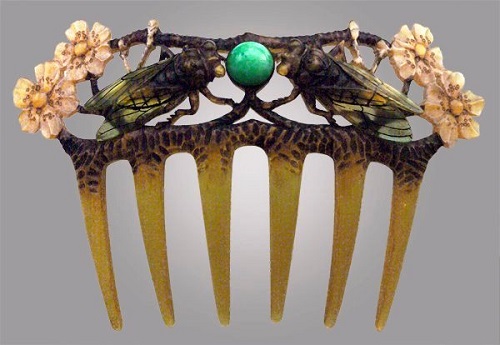 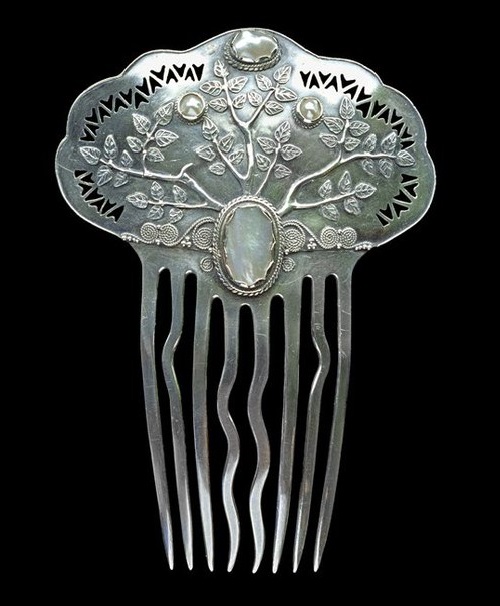 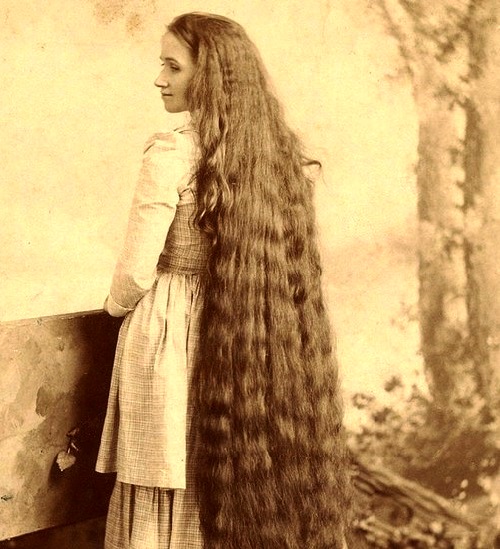 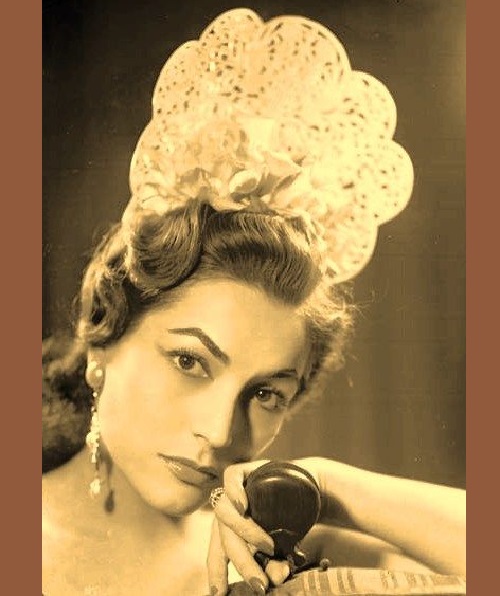 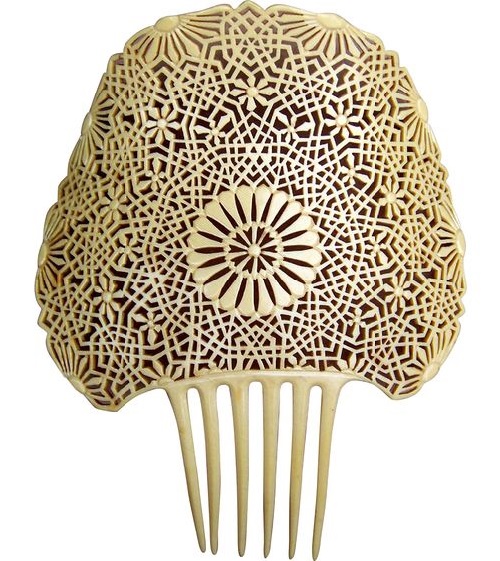 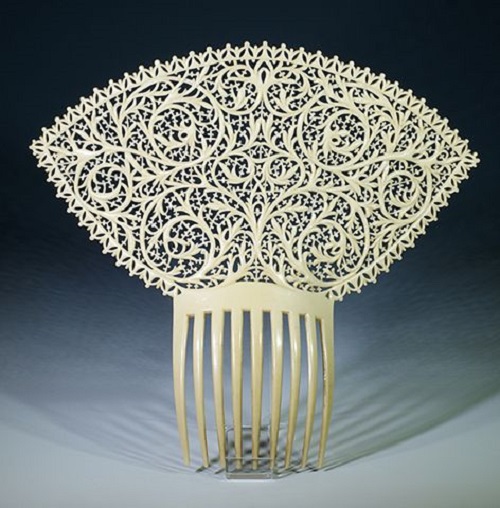 Sources:
vk.com/cladowayamudrosti
vk.com/hobbyboutique
The Encyclopedia of Celtic Mythology and Folklore, 2004