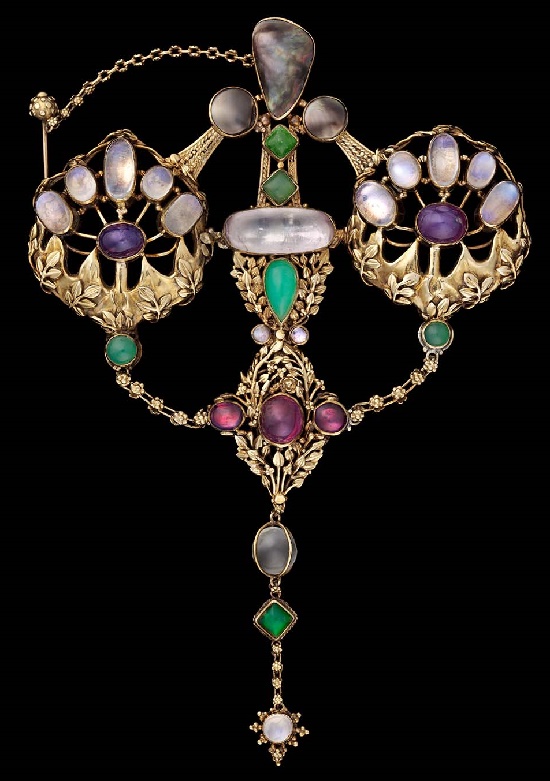 English jewelry designer John Paul Cooper
This brooch is a major work by Cooper. Inspired by medieval and Celtic designs, the artist relied on stones and ornamentation to create a sense of exquisite wealth. It took Colarossi, Cooper’s main artisan 273 hours to make the brooch.
English architect, designer and metallurgist, John Paul Cooper is a leading figure in the British Arts and Crafts movement. Born into a wealthy Lester family, Cooper prepared himself for a writer career. Instead, he became a student of London architect John D. Sedding, a strong supporter of the ideas of John Ruskin and Henry Wilson, an architect with an interest in craft, especially metalwork and jewelry. Subsequently, Cooper joined the “Birmingham Group” and headed the metalwork department of the Birmingham City School of Art (1901-1906). He regularly appeared in exhibitions of the Arts and Crafts Society.
Cooper’s interest in jewelry design and manufacturing began shortly after his association with Wilson. Like Wilson, he ended up using others to fabricate his jewelry, although he sometimes did the chase and reposesé himself. Traditionally, he used gold, ruby, pearl, moonstone, amethyst and mother of pearl. Unlike many arts and crafts jewelry designers, Cooper often worked on his designs with multiple stones instead of designing and then finding the right gems. He once remarked that the stones should “… play on each other like two notes of music …” 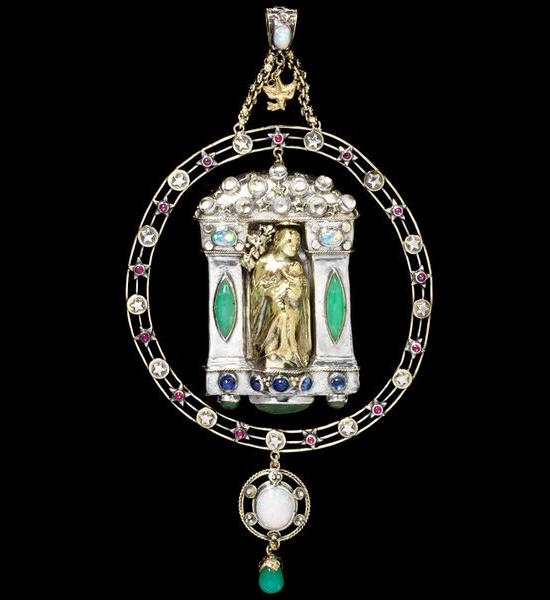 Pendant in gold and silver with rubies, chrysoprase, sapphires, aquamarines and opals. Birmingham, 1906

In addition to jewelry, Cooper’s workshop designed and manufactured church objects and various decorative arts, including hollow pieces and frames. Many objects include unusual materials such as coconut shells, ostrich eggshells, and narwhal fang. 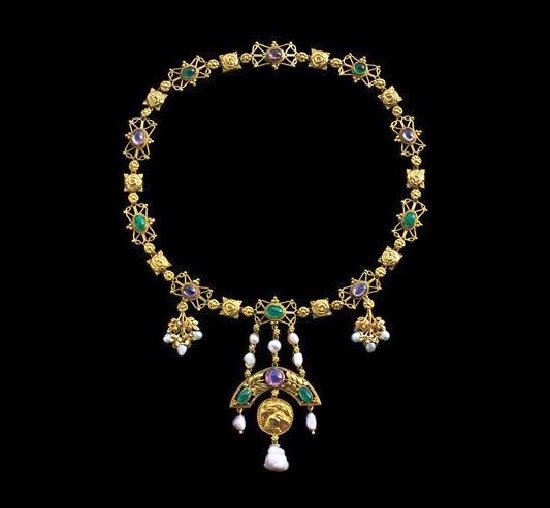 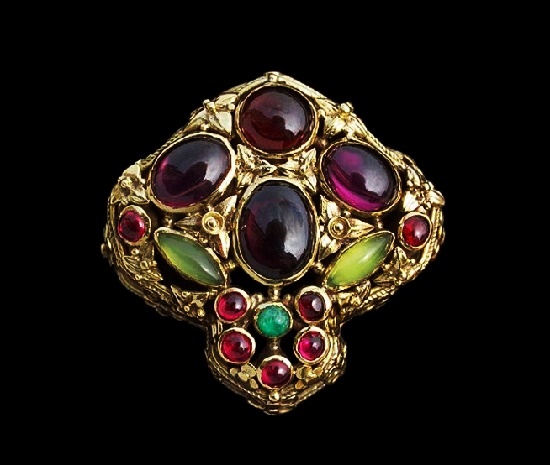 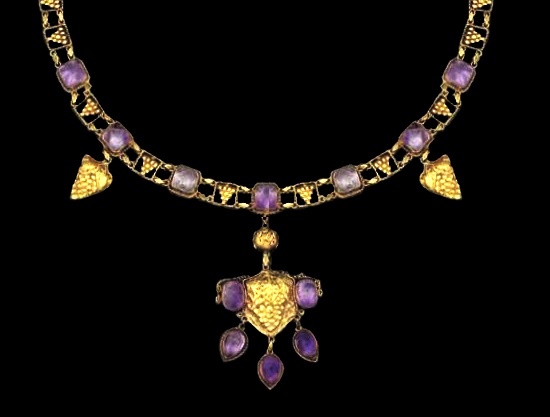 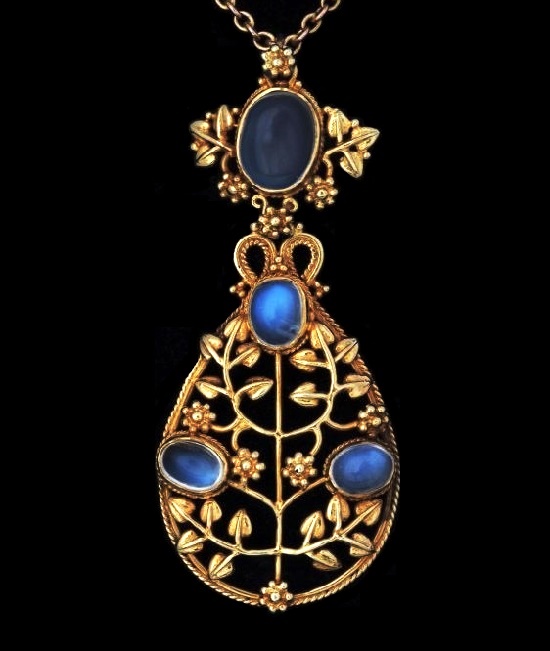 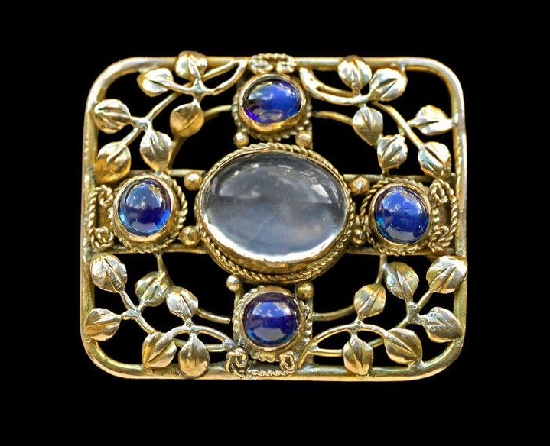 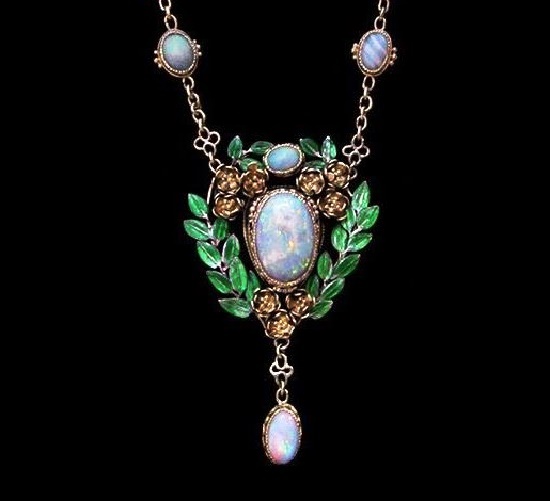 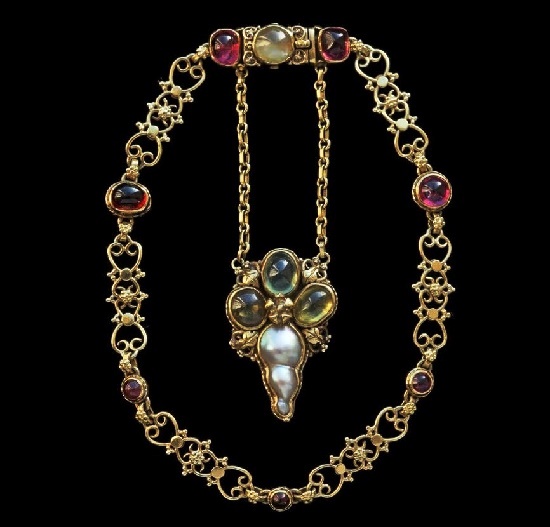 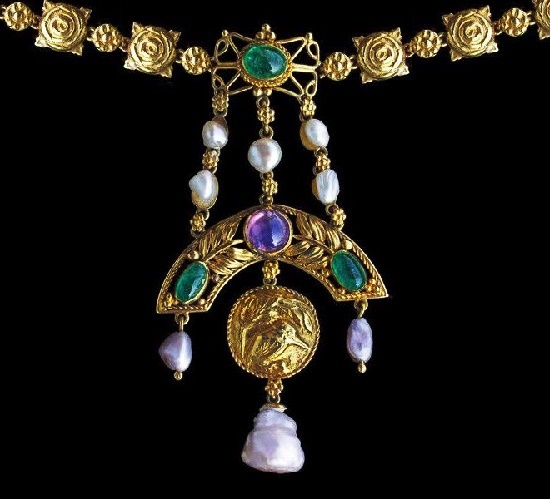 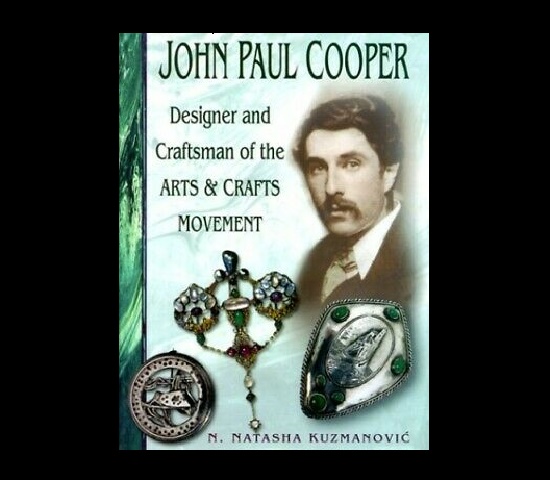