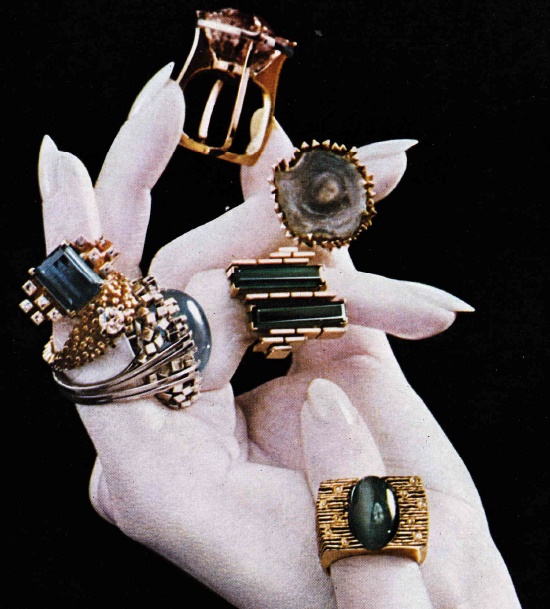 1960s leading English jeweler Gillian Packard (1938-1997)
Born in Newcastle upon Tyne, Gillian Packard was the main young English jeweler who gained fame in the 1960s. She was the chairman of the British branch of the World Council for Applied Arts, the position she was elected to in 1969. The scope of her duties included the care of the welfare of other masters of applied art. And this increased the number of her trips even more, because she needed to attend meetings in different parts of the world. She also largely ensured the participation of Great Britain in all major exhibitions abroad.
Creative in her work, she was an artist who synthesized the experience of decorative art in her miniature masterpieces.
Oddly enough, but Packard didn’t wear her jewelry. In everyday life she wore only an engagement and wedding rings, and in the evening she sometimes added earrings from her collection. But never any other jewelry. 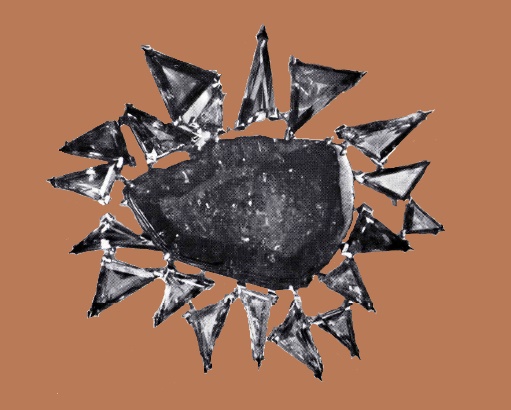 At first, she studied her craft for four years at the School of Fine Arts in Kingston-on-Thames (Surrey County), then for three more years as a graduate student at the Royal College of Fine Arts in London. Between the two stages of training, she squeezed four more months of work as a saleswoman at the famous Esprey jewelry store on Bond Street in London.

For the first time Gillian’s works appeared at the exhibition in 1961, when she was still a student. She took part in the international exhibition of modern jewelry held in London. A year later, after graduating from the Royal College of Fine Arts, she first participated in the competition. And there she won her first award for a ring with an emerald and a diamond. Since then, this tall, slim, blond girl has never stopped.
Next, she won the first award for an engagement ring with diamonds at the exhibition organized by internationally-sponsored diamond companies. Also, second prize for a quartz rose in a similar competition in 1964. After such a success she decided to set up her own workshop and found a suitable place in West-End. 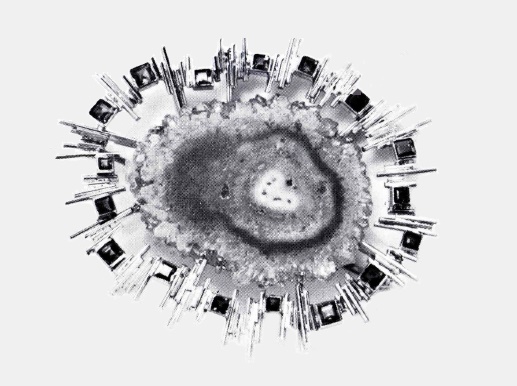 Then she had six people in her staff (although she designed all the models herself), and her workshop supplied products to 60 stores located in different parts of England. In addition, a number of stores in the US, Africa and Europe. The idea of ​​opening her own store in London came to her mind, but she preferred her works to be sold all over the country, and not just in the capital. Her items were constantly on display in one of the shops on Bond Street, and before that she often exhibited them in the Cameo Corner. Located next to the British Museum, this real magical cave of Aladdin sold both modern and antique jewelry. 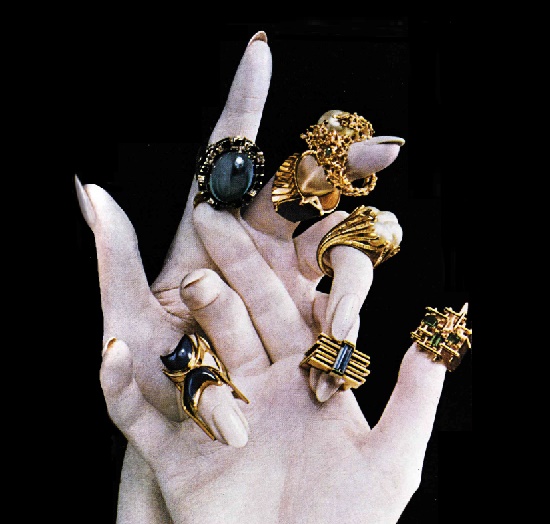 When the business took a broader turn, her first workshop became too small for her. However, it was not easy to find a new room, large enough and bright enough. Still, she found what she needed. Namely, a spacious building in the West End, light enough not to distort the true color of the precious stones. 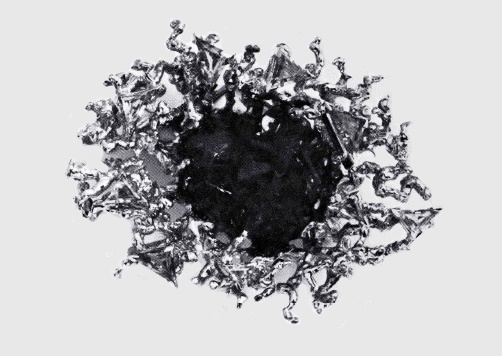 According to Gillian, the color of the stone became increasingly important in jewelry. She had a constant supply of stones, which she invariably replenished, as soon as she came across a stone of unusual cut, color or shape. In 1968, she visited Peru, where she saw a fabulous collection of Inca gold. Gillian herself said that this made a huge impression on her, and certainly had an impact on her work in the future. 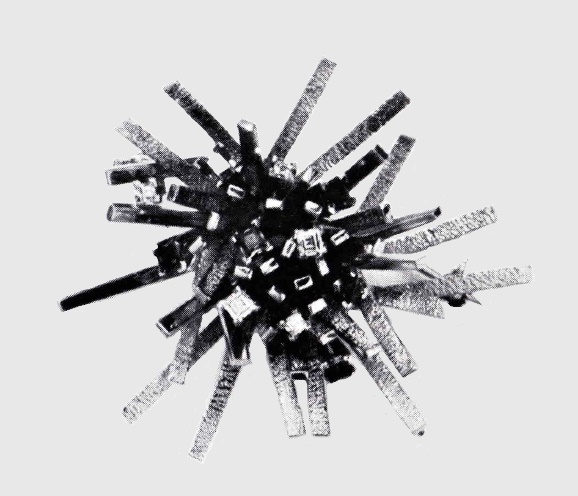 In the UK, Gillian mostly sold rings. In fact, they brought her fame, especially her paired engagement and wedding rings, which connected together on the finger. In this she was ahead of other English jewelers. Her rings were of different styles – from simple rings with rough surface treatment to geometric shapes. Meanwhile, she believed that in terms of jewelry, Britons were more modest – “we are afraid of massive rings, which, for example, American women prefer.”

Her favorite stone was emerald, so when she married in 1965 she chose it for her twin ring. For her husband, Dennis, an architect by the profession, she made cufflinks according to her own drawing, but sadly admitted that he had hardly ever worn them.

London in the mid-1960s became a leading center of modern jewelry art, and it gave rise to a response abroad, especially in Germany and Japan, where new fresh trends appeared. But in the 70s Gillian predicted a new rise in this area in England. She taught at the London Central School of Fine Arts, and was inspired by the work that students created. 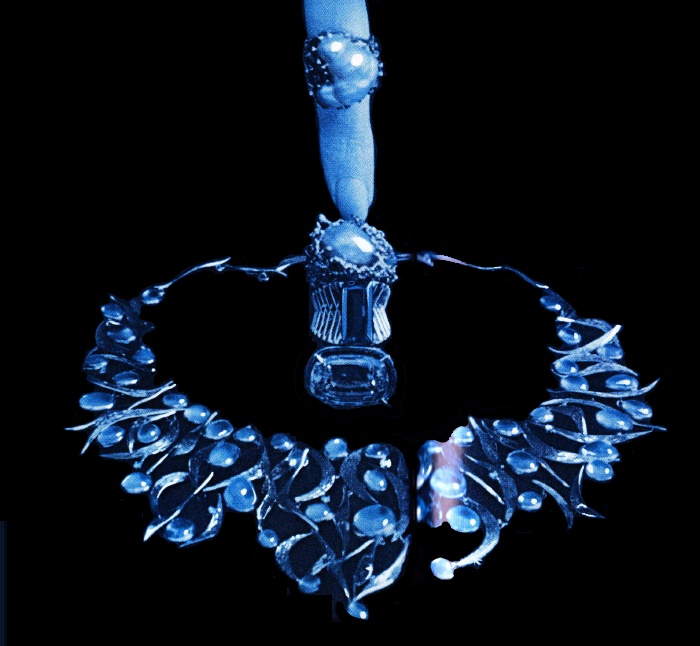 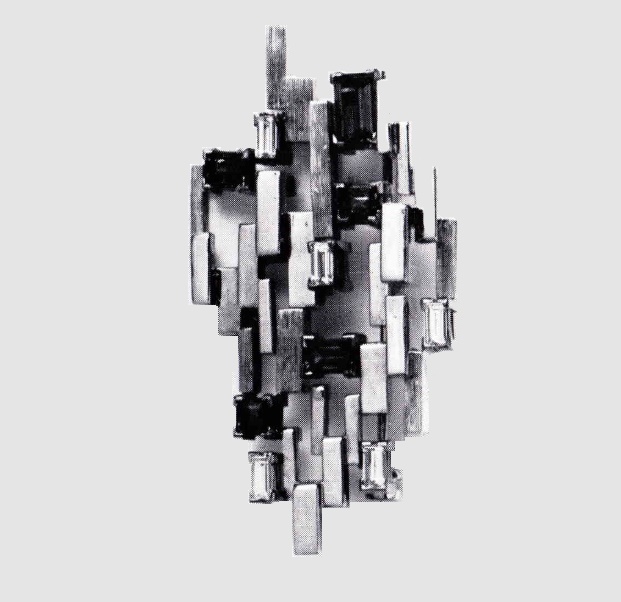 The ring-puzzle on the thumb consists of three separate parts 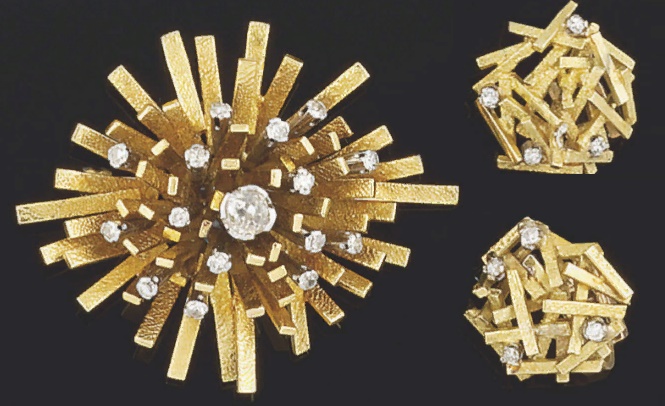 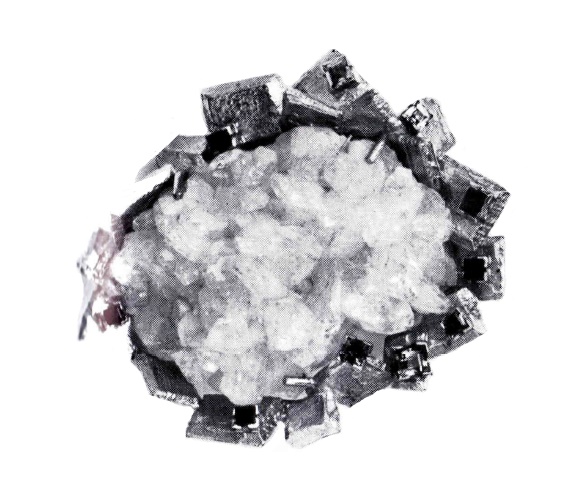 A ring with a stone of of unusual cut, color or shape. 1960s