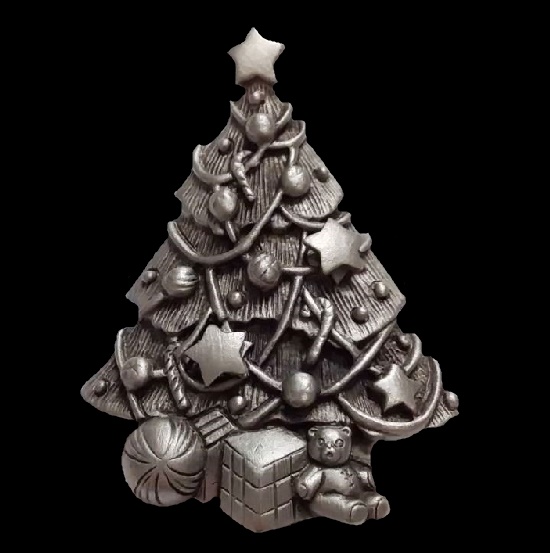 Ms Dee vintage costume jewelry (1982-2013)
Incorporated in 1974 in Mound, Minnesota, Ms. Dee Inc. began its activity in 1970. Headed by Ms Deanne Moss (b. 1944), the company launched four trademarks on production of various goods. In particular, lace and embroidery, buttons and needles, artificial flowers and ribbons, hair accessories and costume jewelry. Among these trademarks were “Fame Tapes”, “Molly ‘n Me”, and “Ms. Dee”, all registered in 1982.
The company’s craftsmen created beautiful finely detailed multi-functional trinket boxes, sets of brooches with earrings made by hand with the use of genuine pewter. The marking on the cartouche included “Ms.Dee” with a copyright sign, sometimes “genuine pewter” and “collectable #1”, etc. Most jewelry ornaments made in 1980-90s have become highly collectible today.
Due to the bankruptcy, the company ceased to exist in 2013.
END_OF_DOCUMENT_TOKEN_TO_BE_REPLACED 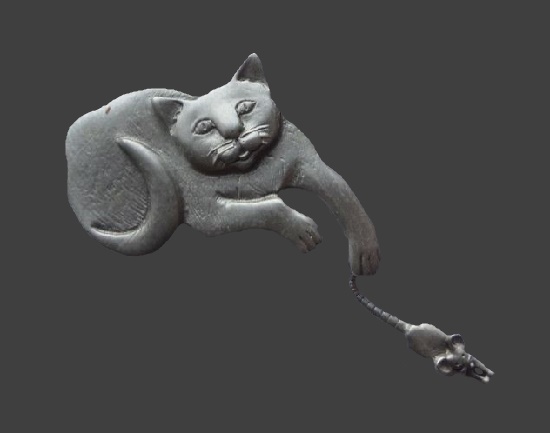 Signed Mali vintage costume jewelry (1985-2003)
The history of the MALI jewelry brand began in 1985 in Wilmington, Delaware and lasted a little more than a decade. The characteristic design of Mali jewelry includes funny farm animals – whimsical cats, pigs, cows, horses, dogs and penguins. A small team of jewelers handcrafted brooches, pins, keychains and earrings with the use of pewter and silver. The labeling on raised cartouche includes the word “Mali” in capital printed letters with copyright mark. Also, some pieces include the year of manufacture, and mostly 1990s.
According to the information printed on tags, Mali made jewelry for Alexis Reed (owned by the Bon-Ton Trade Corp., 1995-2003, Wilmington, Delaware).
Noteworthy, there was an eponymous jewelry trademark owned by Mali LLC, registered in 2003 in Los Angeles, California (chief designer Molly K Sabatasso), which ceased to exist in 2013.
END_OF_DOCUMENT_TOKEN_TO_BE_REPLACED 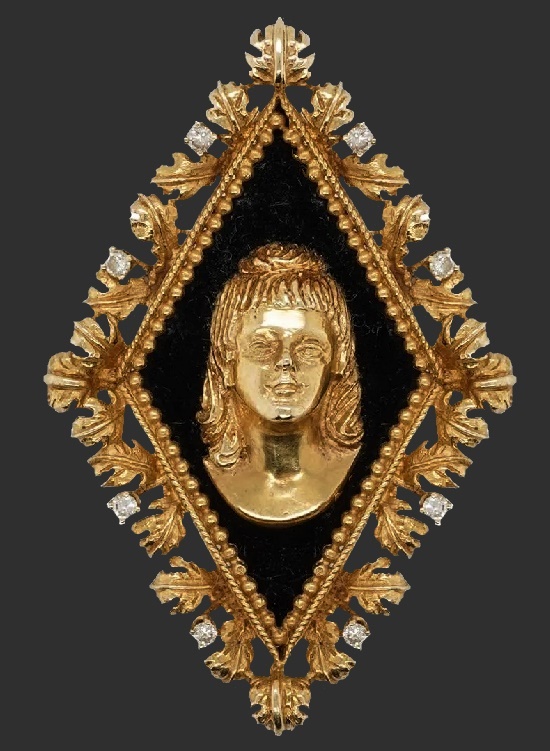 Rondette vintage fine jewelry (1959-1986)
The history of the American jewelry brand Rondette began in 1954 in New York. Rondette Limited, founded by talented jewelry designer Ben Khalaf, was located at 20 West 47th Street, New York, New York.
Ben Khalaf and his small team of designers produced high-quality jewelry using precious metals and stones – 14 and 18 carat gold, sapphires, emeralds, rubies and diamonds. Beautifully and meticulously handcrafted, Rondette jewelry occasionally appeared in the pages of fashion magazines of the time. According the some of their ads, the company sold its jewelry in boutiques in Miami, Sutton Ballroom New York, Anatole hotel Dallas and others.
The markings traditionally include the word “Rondette”, a stylized “R”, a copyright symbol, and gold purity.
Inspired by ancient Egypt and Greek mythology, Rondette jewelry is extremely rare and highly collectible.
Founded in 1959, Rondette LTD. ceased to exist in 1986.
END_OF_DOCUMENT_TOKEN_TO_BE_REPLACED 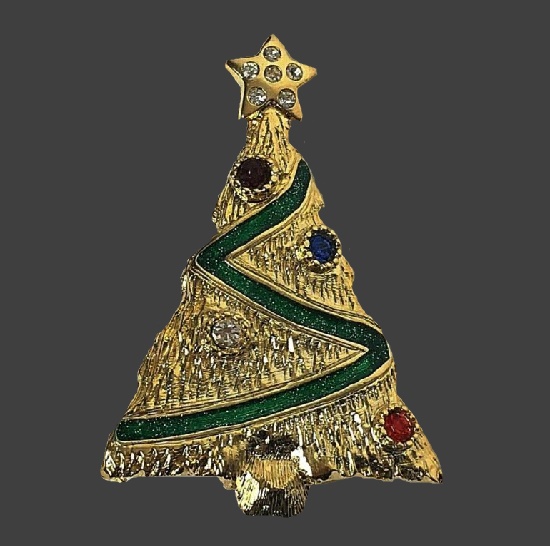 Signed AS vintage costume jewelry (1974-1998)
Many traditional costume jewelry companies launched additional holiday jewelry lines or trademarks during the 1970-80s, with Christmas tree pins being a big seller. The trend continued into the early 1990s.
Searching for the history of the jewelry brand “A.S.” took a lot of time and effort, but it is worth it. Terrific and beautiful holiday brooches with traditional motifs – Christmas trees, snowmen, balls, Santa Clauses, deer, bells, snowflakes and wreaths traditionally attract vintage jewelry collectors.
A jewelry workshop for the production of costume jewelry, and in particular with a Christmas and Halloween theme, existed in California from 1974 until late 1990s. A small team of jewelers handcrafted Christmas pins using gold and silver tone metal alloys, pewter, glitter and multicolor enamels, rhinestones and Aurora Borealis crystals.
About the maker’s mark. There is a slight confusion with the marking. Some mistakenly read it as “ASO”. Actually, the marking on oval cartouche includes the initials “A.S.” and a copyright sign, or a stylized notation for the word “company”. Noteworthy, some Christmas pins were sold on holiday cards and with the designation of the place of manufacture – “Made in CA”.
END_OF_DOCUMENT_TOKEN_TO_BE_REPLACED 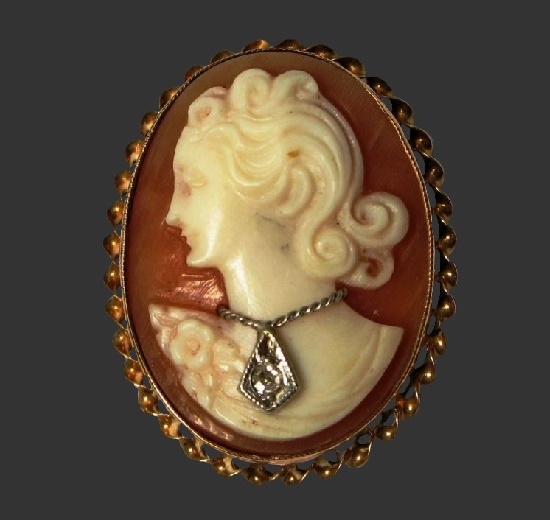 Signed BDA vintage costume jewelry (1943-1986)
The history of the BDA jewelry brand began in Providence, Rhode Island, founded by three partners in 1943. Among them, in particular, Frank Rhodes Budlong (1889-1956), Edgar Milton Docherty (born August 8, 1883, Canada), and George A. Armstrong (b. in Cranston, RI).
Founded in 1905, Budlong, Docherty & Armstrong, Inc. was formerly known as William C. Greene Co., the oldest jewelry firm in Providence, founded in 1849 by William C. Greene.
Renamed Budlong, Docherty & Armstrong Inc. in 1905, the company continued the glorious traditions of its predecessor.
BDA President Frank Rhodes Budlong (born July 22, 1889 in Cranston) was a hereditary jeweler whose father, Robert, owned the S.K. Merrill in Providence. After graduating from college, Frank began his career as a gem dealer for H. Nordlinger’s Sons. In 1905, he joined his father’s business as New York office manager of S.K. Merrill. Aged 26 he became the president of Budlong, Docherty & Armstrong, Inc., and Edgar Milton Docherty became the company’s secretary and treasurer.
Extremely rare and highly collectible, BDA classic designs most often include cameo brooches, pendants and rings made of handcarved carnelian or shell. The company’s craftsmen made high quality pieces with the use of 10 K gold, silver, pewter, cultured pearls, natural gems, as well as precious stones – sapphire, opals and emeralds.
END_OF_DOCUMENT_TOKEN_TO_BE_REPLACED

Ed Wiener modernist silver jewelry
A self-taught jeweler, Ed Wiener (1918-1991) became one of the most famous modernist jewelry artists of his day, with a great understanding of form, line and color. According to Wiener himself, his designs from the late 1940s and 50s could be compared to jazz improvisation.
Born in New York in 1918, he worked in his father’s butcher’s shop before the war, then in a radio assembly shop, where he discovered his aptitude for manual labor.
The designer married like-minded woman Doris in 1944. He and his wife studied crafts at Columbia University for three months. Noteworthy, it was there that they made pins with the names and initials of their friends from twisted wire. The pins were so good that Ed and Doris immediately sold them.
In July 1945 they went to Provincetown, where in the summer of 1946 they opened a small shop and sold Mexican jewelry, bags, belts, as well as their own creations. The designer learned a lot from the artists who frequented his shop. They made him feel like he was doing something important.
Wiener admired the work of Calder and Georg Jensen, which disregarded the traditions of jewelry. He also admired the sculptural forms of Picasso, which he easily embodied into silver jewelry.
END_OF_DOCUMENT_TOKEN_TO_BE_REPLACED 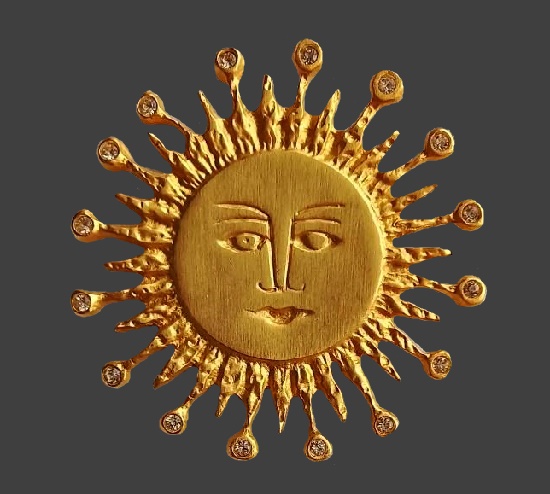 The Icing vintage costume jewelry
The history of The Icing jewelry brand began almost 36 years ago in Wilmington, Delaware. Founded in 1987, The Icing Inc. (alternatively known as The Icing of Delaware) changed owners and location in 1994. In 1994 The Icing Inc. was registered in Illinois as a retail store providing fashion clothing and accessories for women.
Owned by Claire’s Boutiques, Inc. (in operation since 1956), the company achieved great success and expanded its business. Today, Icing is a global brand with hundreds of accessories and jewelry stores in the US and around the world.
Noteworthy, made in the 1980s and 90s and hallmarked with the stylized word “The Icing”, costume jewelry by this brand is rare and collectible.
END_OF_DOCUMENT_TOKEN_TO_BE_REPLACED