Traditional headwear Tembleque is a part of folk dress Pollera – the pride of Panamanian women. The cost of this traditional dress, known since the time of the colonization of America by the conquistadors, today reaches several thousand dollars. Even more expensive is the complete folk dress with jewellery decorations (peinetas), pearl beads, and a special headwear (Tembleques). Made of gold and pearls, their price can reach up to 15 000 dollars.
Besides, the hair of beauties – decorated with tortoise shell combs with a gold plate complemented with pearl flowers and two dozen of gold pins, one of which resembles a dagger. Also, no less complex are several rows of hanging accessories “duck tails”, “orange slices”, or “solomons” – twisted chain, reminiscent of the column, supposed to have been at the Temple of Solomon.
Meanwhile, the girls don’t miss a chance to show such an expensive outfit at every opportunity. And one of them – the January parade of pollera where the participants select main beauty. Her decorations complement another gold jewelry – a crown. In fact, traditional costume of Panamanian women originate in the American colonies of Spain. When the wives of wealthy colonists moved to a new continent, their luxurious outfits from a rather dense textile became uncomfortable in hot and very humid tropical climate of equatorial America.

Then they began to dress the same way as their servants: skirts and blouses made of cotton or linen, and decorated with embroidery and lace. Pretty soon la pollera spread among the Creoles and mestizos, and today – considered one of the symbols of Panama. Today, people wear traditional costume on holidays together with the traditional gold jewellery and pearl beads, passed down from generation to generation.

In addition, the Panama women traditionally wear several golden chains and other ornaments as necessary items of La Pollera. In particular, earrings, usually made of gold or coral. And to complete the outfit, woman wears slippers which match the color of her pollera. Besides, the traditional color of costume of Panamanian women is white. 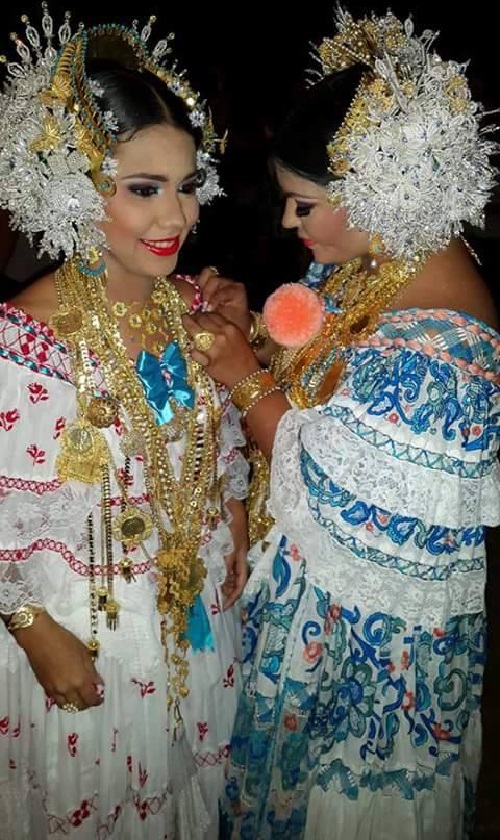 Panama women adorn their head and hair with floral decorations matching with Pollera. The hair – parted into two braids and tightly pulled back behind the ears.

Made of wool or cotton, Panamanian folk costume is very colorful. For decorations they use different materials, from fish scales, silk fabrics, to pearls, etc. Other fine adornments, like beads, sequins, crystals, flowers should match the colors of a costume. Most of the decorations – embroidered, flowers and regional animals are among the most common designs found in polleras.

A single pollera can cost from several hundred to several thousands dollars and take up to a year to create. The gold and pearl decorations – generally passed down as heirlooms through generations. 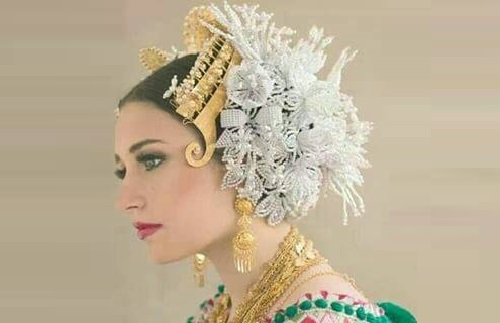 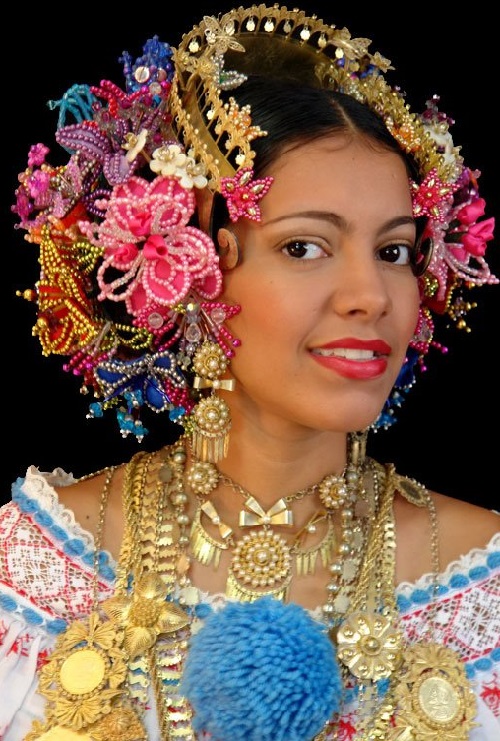 La pollera, worn on holidays together with the traditional gold jewellery (peinetas) and pearl beads (tembleques) 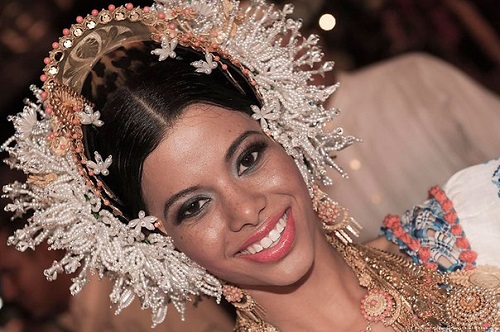 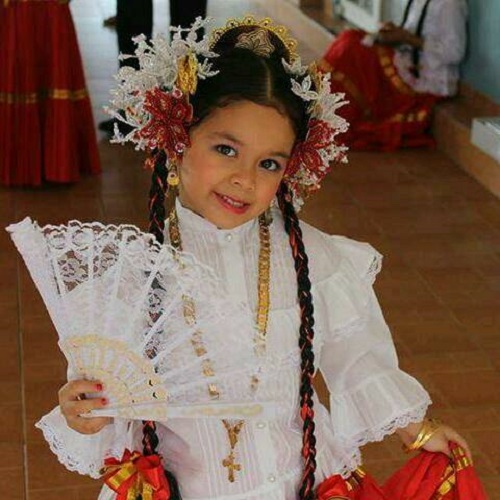 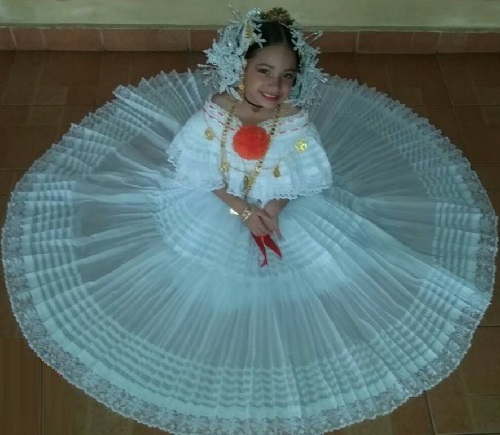 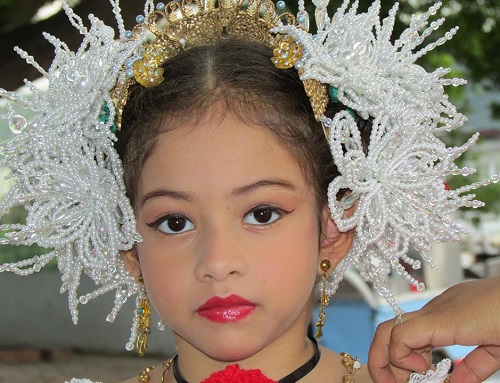 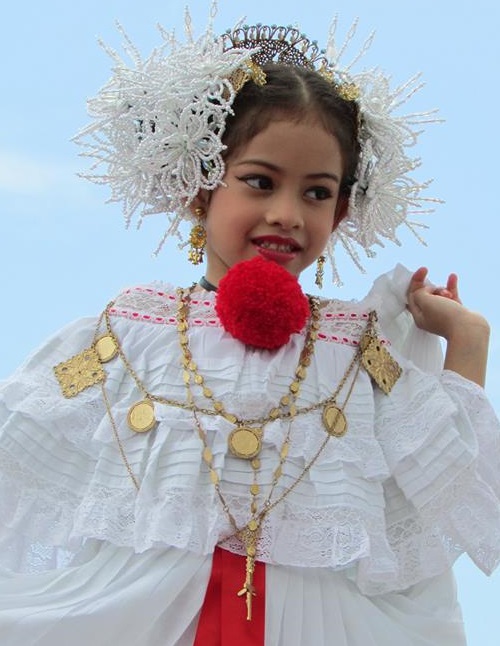 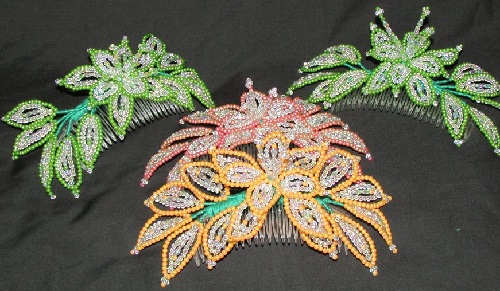 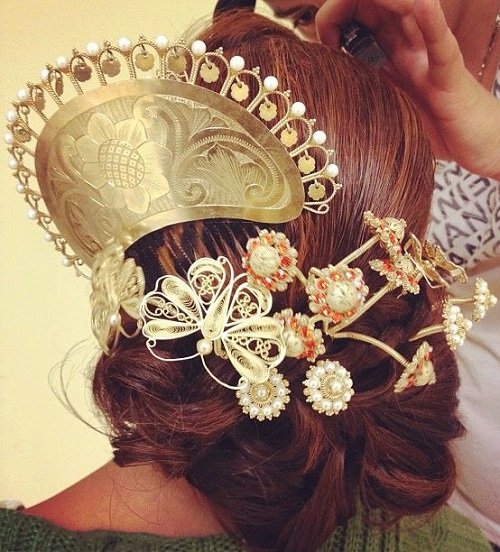 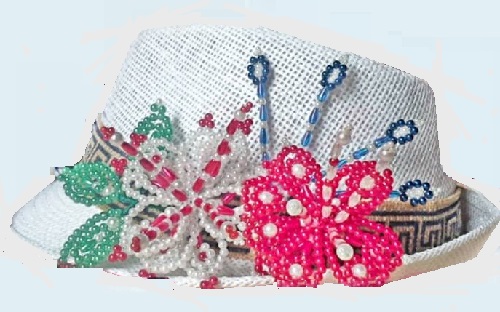 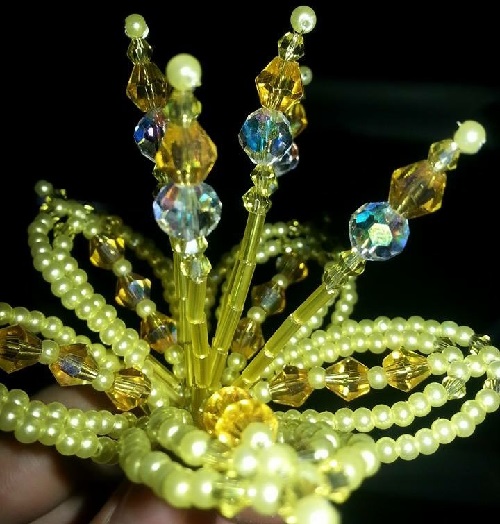 Panama women adorn their head and hair with floral decorations matching with Pollera. Decoration made of pearls, corals, crystals 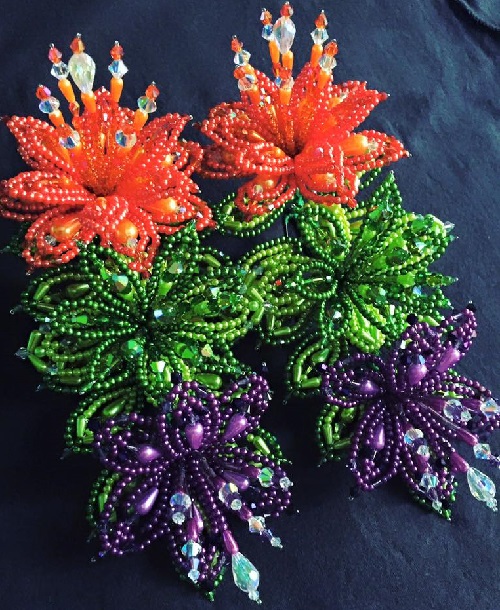 Hanging accessories made of pearls, corals, and crystals 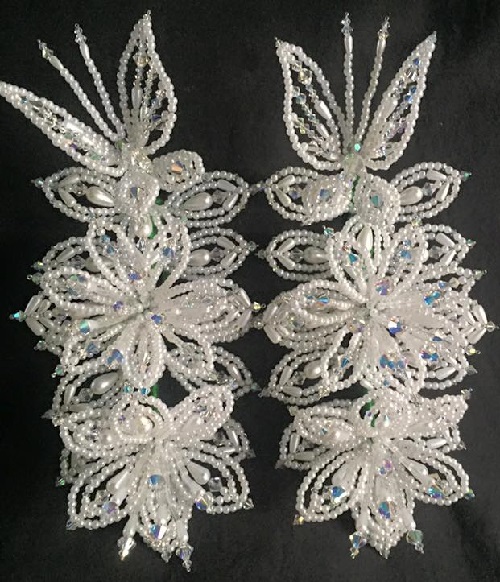 accessories made of pearls, corals, crystals 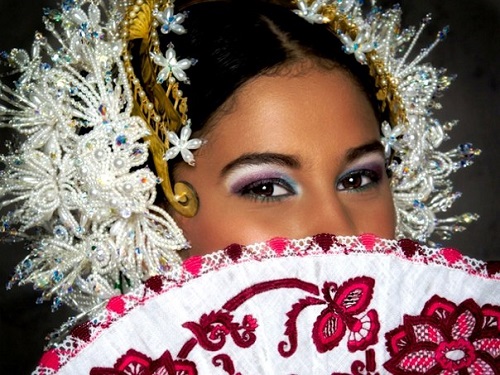 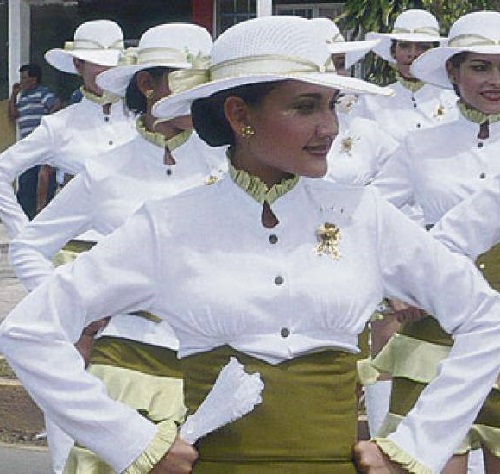 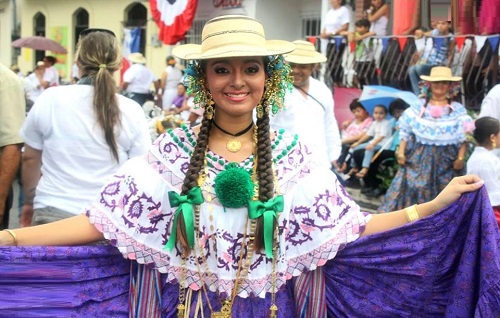 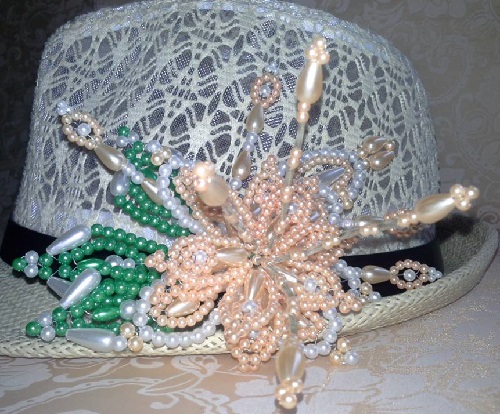 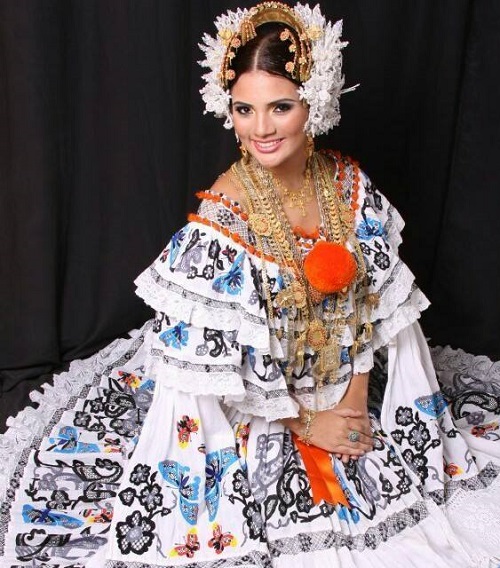