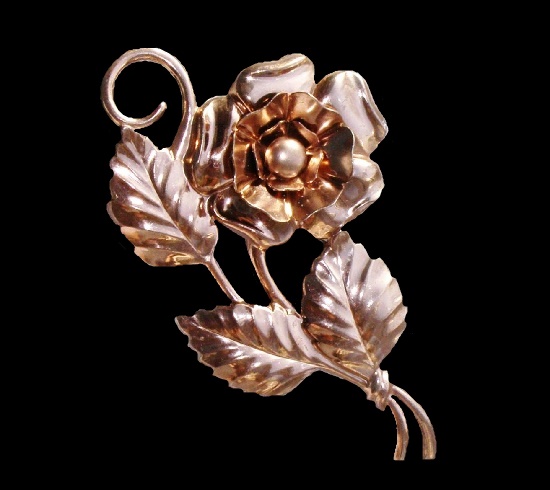 Silverman Bros vintage costume jewelry
According to a “Saturday Evening Post” article of 1947, the history of the Silverman Bros company began in 1897. An immigrant from Russia, Archibald Silverman came to the United States with his family at the age of ten. He got a job running errands after school for a Providence jewelry house. At the age of 18 with five dollars in his pocket, he started his own business having bought gold wire to make a brooch. In fact, it didn’t take long for a talented designer to become one of the leaders in jewelry making.
When Pope Leo XIII died in 1903, Silverman made several black-bordered pontiff brooches and sold them personally on the streets of Boston. Then, inspired by the then popular music show “Merry Widow wings”, he made a series of jewelry decorations. Also, he became the first to make veil brooches when women started driving the first cars.
Archibald founded manufacturing firm later known as Silverman Brothers in a small space rented from a jewelry factory on Eddie Street Providence. 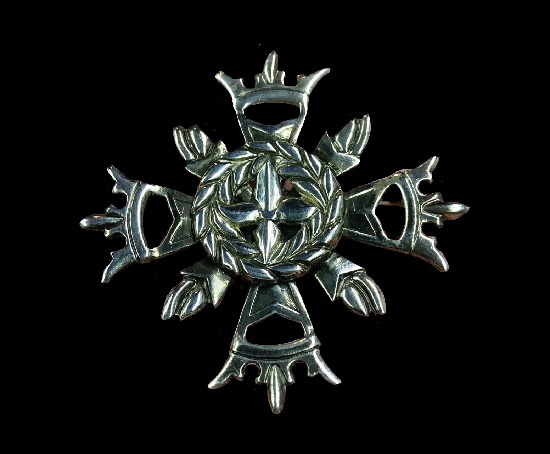 Charles, Archibald’s brother, who was a foreman at another plant, joined the business after about three months. Archibald was a traveling salesman, and Charles was in charge of production. The sales ability of one brother and the creativity of the other made a very successful combination that survived three wars and several depressions. The firm was a partnership until 1946 and then developed into a corporation. Noteworthy, the company employed about 700 before the WWII. Archibald had three sons – Norman, Irwin, and C.
Leon. Norman headed the business after the death of Charles Silverman.
Traditionally, the designers signed their jewelry pieces on the reverse with a circled SB & Sterling.
The company existed for almost 60 years, from 1897 to 1956. 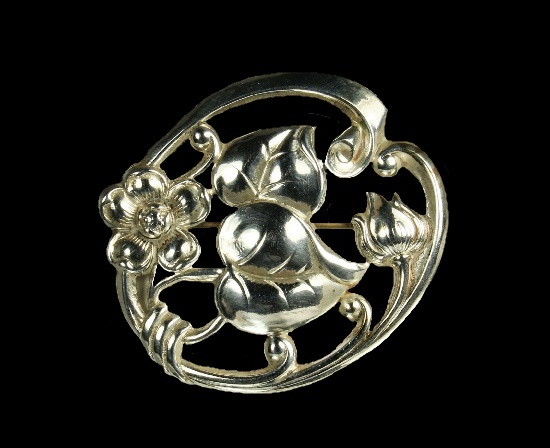 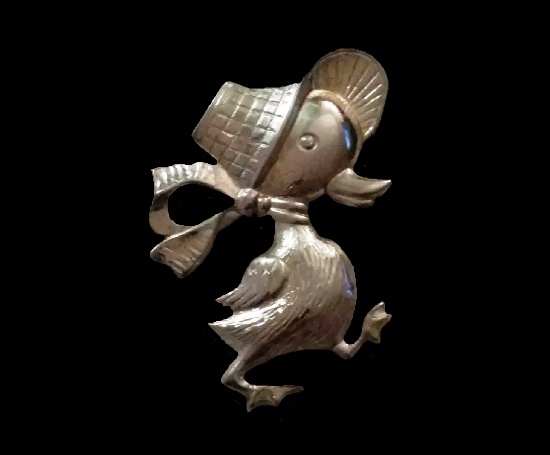 Baby duck in a hat and bow sterling silver brooch 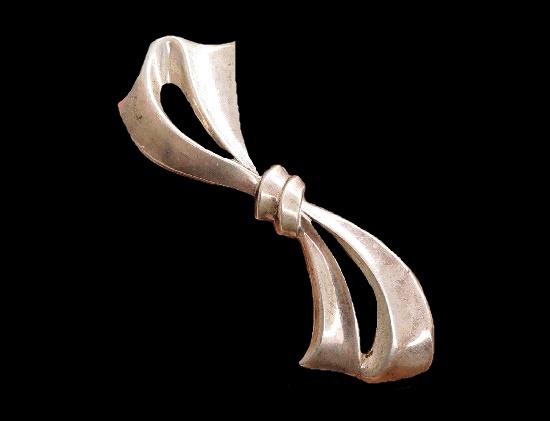 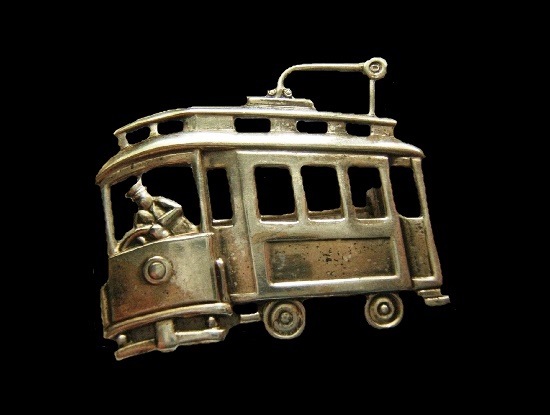 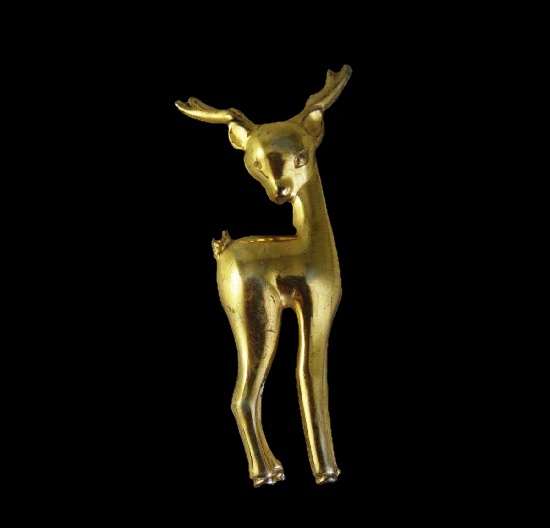 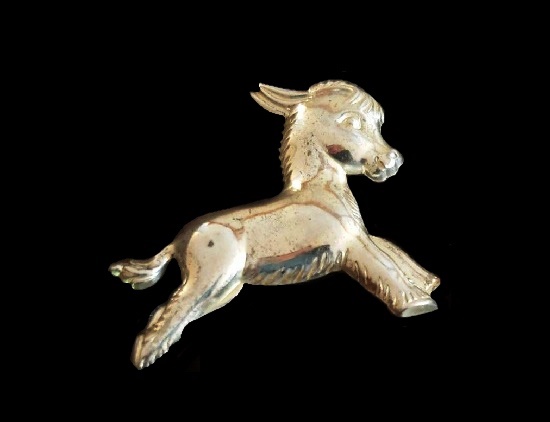 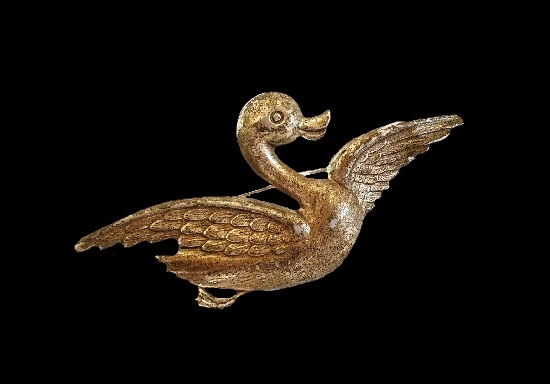 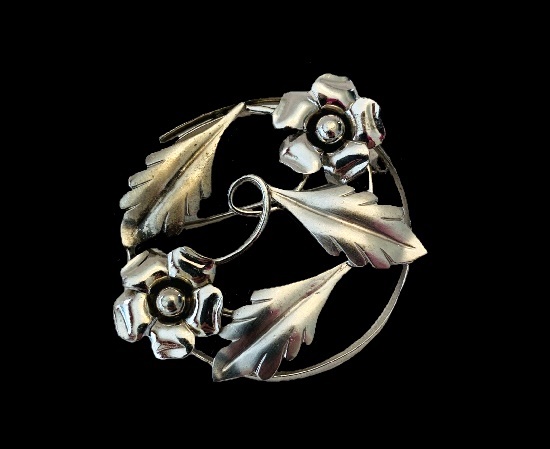 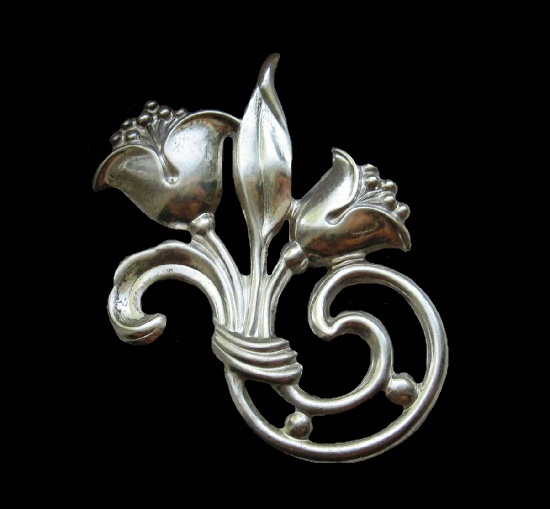 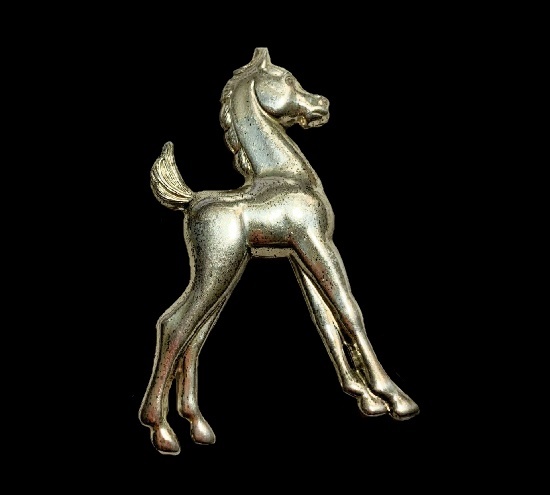 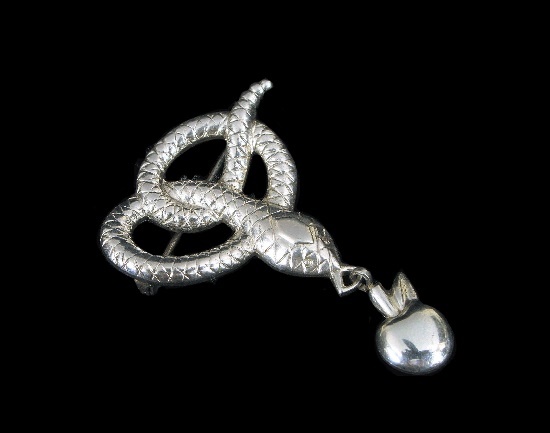 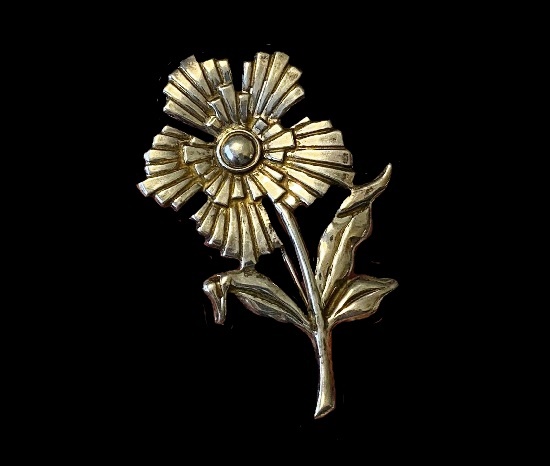 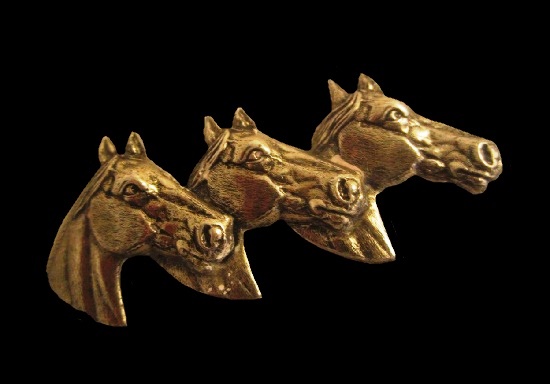