Ship’s Wheel and Anchor symbolism
The value of the wheel jewellery is in its symbolism. Thus, choosing wheel jewellery a person chooses his own path in life. So, he is responsible for his actions and is ready for any twist of fate. Another value of the wheel jewellery, less common – a love of adventure, traveling and a tendency to change places. In fact, the steering wheel is a solar sign.
The steering wheel – one of the ancient emblems, occurring in the early Middle Ages. A wheel was portrayed with handles (two or more), and meant emblem of leadership and management. This logo, undoubtedly, came from the sun wheel as a symbol of divine power (the handle – the remains, vestiges of light) and only later began to correspond with the ship’s wheel. The symbol and talisman of good luck on the road Suspension Key-chain ‘Tailwind’, made by Mila. livemaster.ru/milavetal

First of all, Ship’s wheel is a symbol of victory, and a symbol of achieving the goals and superiority in everything. In addition, Ship’s wheel symbolizes responsibility, clear approach and leadership. This symbol will help you to always be at the helm, not to go astray, and strictly conform to put plans.

The symbol of Buddhism – Wheel of Dharma, or Wheel of the Law (the wheel of samsara). Wheel center – the hub, represents the bright spot of consciousness, a cordial light. In its projection is easy to guess Yin Yang symbol – the unity of male and female beginning. And eight spokes symbolize the essence of the Buddhist teachings, in particular, to follow the eight “noble principles”:
right view,
right thinking,
right speech,
correct behavior,
right livelihood,
right effort,
the correct understanding,
right contemplation (focus on the internal state of consciousness).

Wheel of Dharma has been defined as representing Buddhism as a religious tradition, and as one of the United States military chaplain symbols (1990). 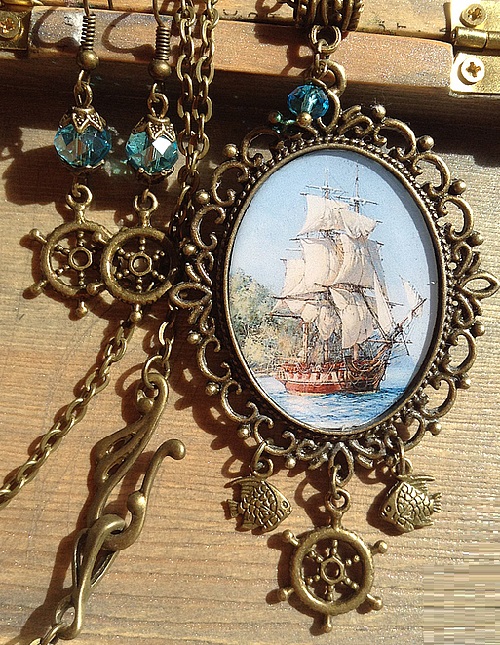 Amulets, mascots, talismans came to the aid of people in ancient times, when the evidence of the presence in the world of the supernatural, tangible by all five senses, and served as a guarantor of the life of the human race. The term “amulet”, first encountered by Pliny in the value of “Antidote”, originates on one of versions, from late Latin “amuletum” – “turn away”.” Amulet – Charm, protecting its owner from evil forces.

The word “talisman” derives from the Arabic “telsam” – “magic sign”. Thanks to lurking in them magical energy, talismans bring good luck, and contribute to the attainment of health, wealth, happiness and success. However, Amulets – means of protecting not only individual beings, whether human or animal, but also the populations of communities (family, herd amulets), municipality, or used by a person of the space (home, stables, barn, ship, and car), and belonging to him things (utensils, clothing, and furniture).

Often, magic items combine the functions of the amulet and talisman. Amulets and charms are worn around the neck, chest, arms, legs, fingers and toes, on the head, nose, ears, belt, hair weave, sewn onto clothing or hats, and sewn into the lining and pockets.

In fact, the vast majority of the existing varieties of ornamental jewelry – necklaces, pendants, earrings, rings, and bracelets – originally meant a magical effect. Besides, most of the power had round, “trailing” ornament – a symbol of the beginning and end of infinity. Amulets are traditionally placed in the house, the barn, on the ship, carts, today – in the car.

Some amulets, talismans have universal, common human nature, and are treated equally in the different regions and cultures: round, cross, and sun-moon symbols. While others have narrow ethnic bind to a particular nation, region or historical period.

Anchor means hope, stability, security, peace of mind. The peoples with the developed navigation – anchor is a symbol of reliability and success. Anchor promised support and confidence, and thus became a symbol of trust and security. In the images of pre-Christian period, it was used primarily as a symbol of the profession. But in the early Christian period, due to its cross-shaped form, has become a hidden symbol of salvation. 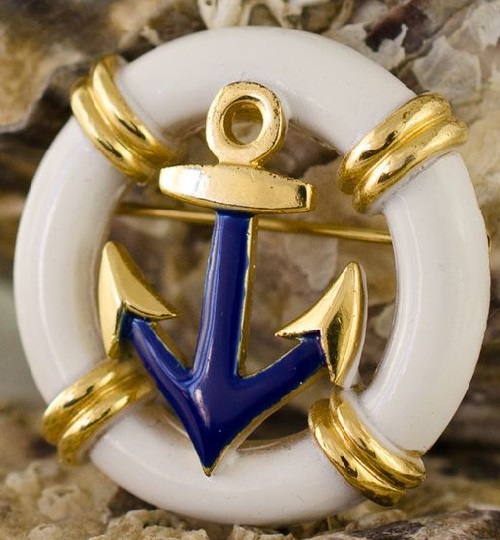 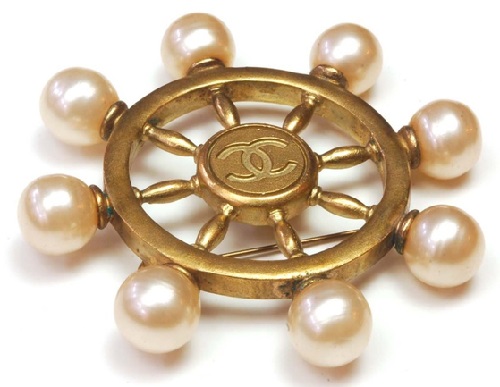 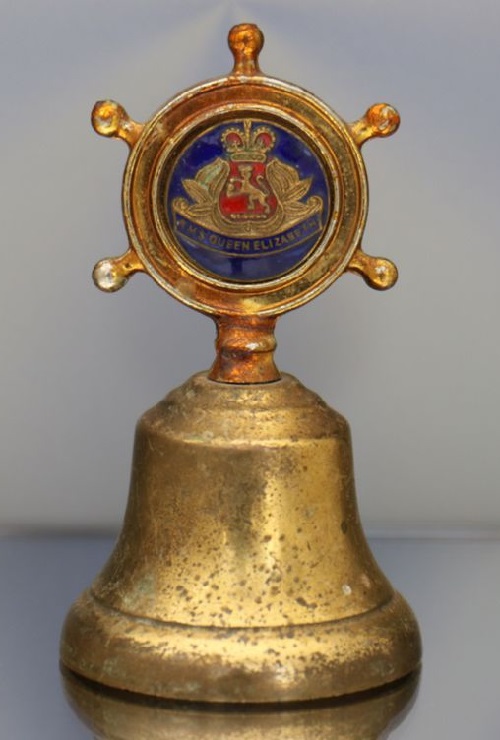 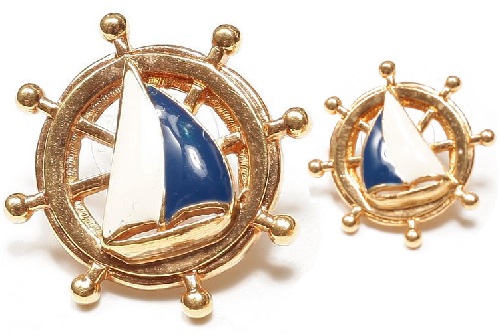 Avon Stud earrings in the form of a ship’s wheel, with the image of sails, labeled, end of 1980s. Costume jewellery alloy, enamel 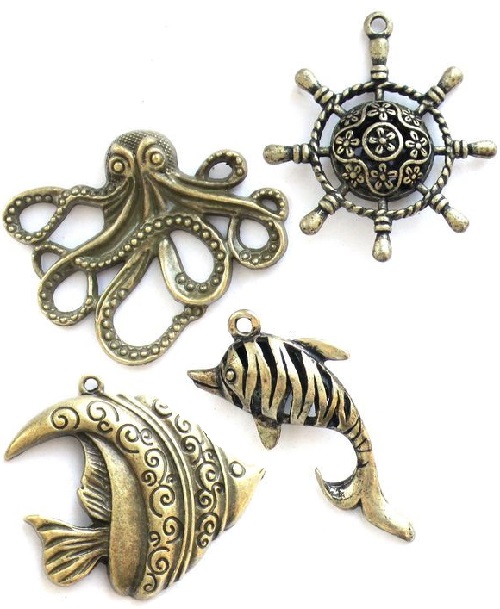 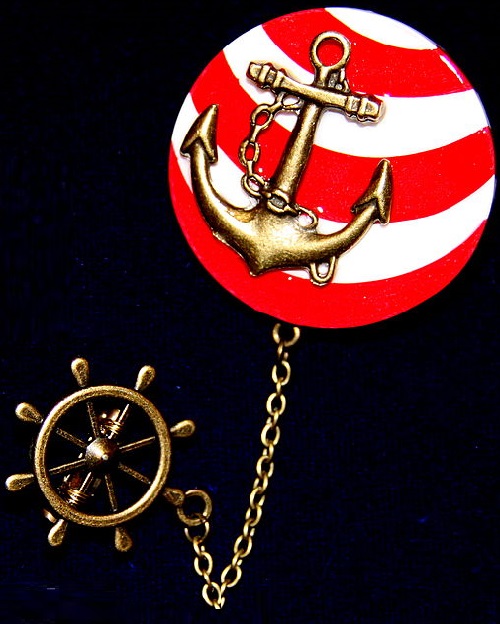 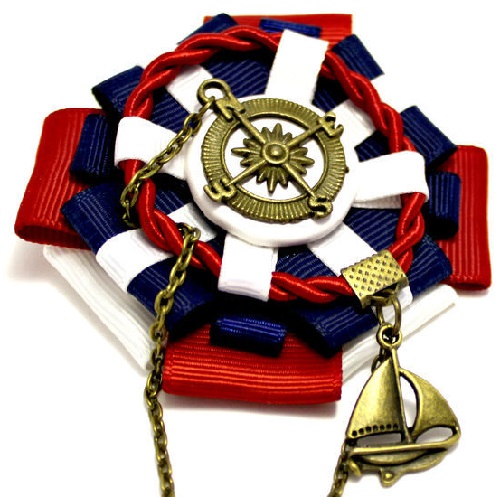 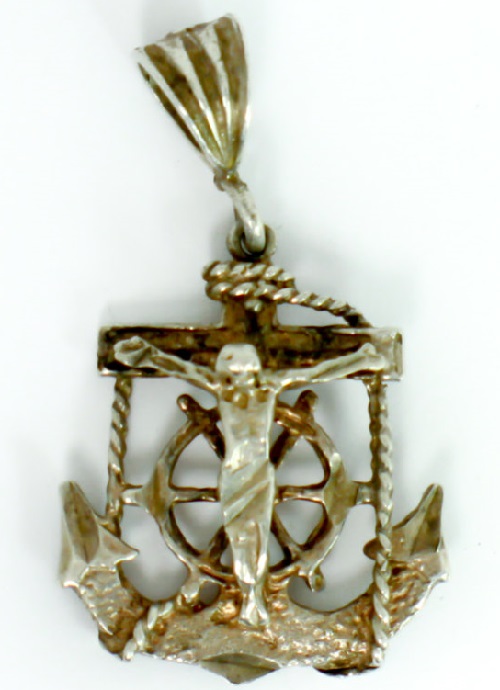 Pendant Featuring Jesus on a Cross in a Marine Motif, with Anchor and Ship’s Wheel 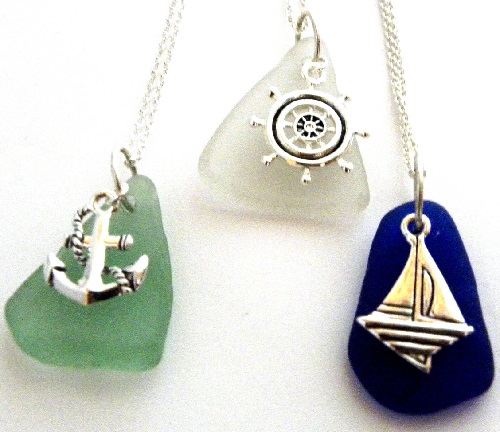 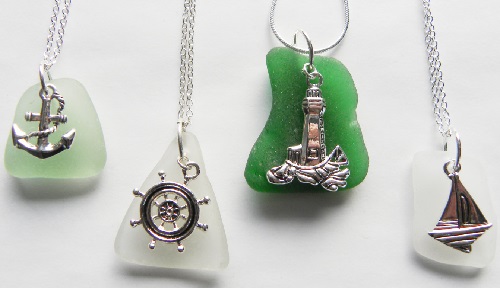 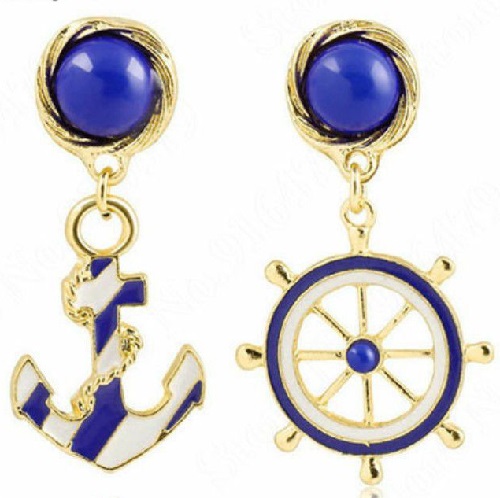 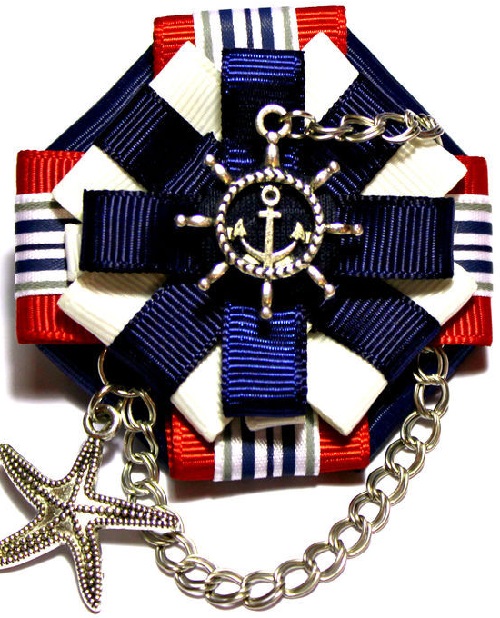 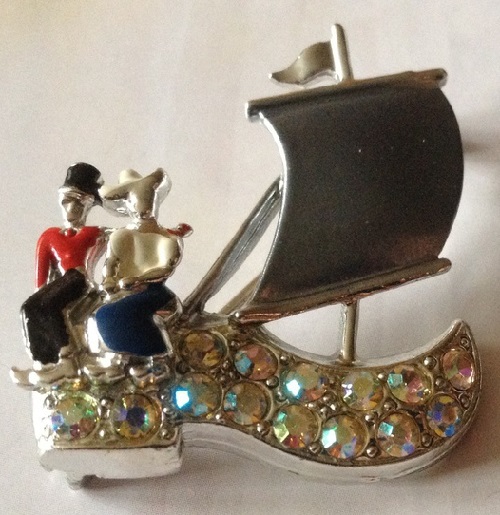 Under the sails. Coro vintage brooch 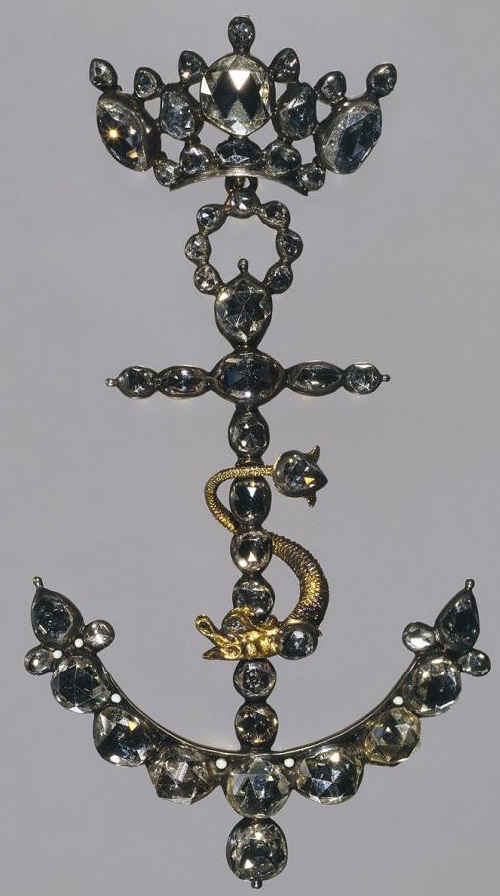