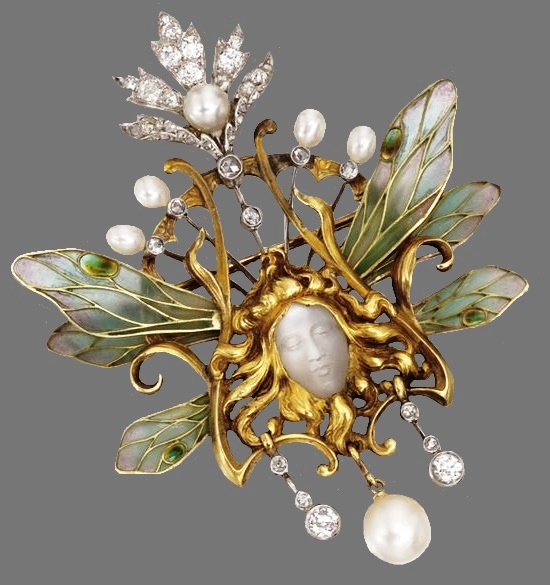 Parisian modernist jeweler Louis Aucoc
The leading Parisian art nouveau jeweler Louis Aucoc (1850-1932) worked with his father and brother Andre. The family-owned company Aucoc at 6 Rue de la Paix was founded in Paris in 1821 by silver craftsman Jean-Baptiste Casimir Aucoc. Noteworthy, it was under the patronage of the house of King Louis Philippe, House of Orleans, Napoleon III and Empress Eugenia.
Having first become an apprentice at arms manufactories, the young man soon became interested in jewelry and by the 1820s he was qualified as a craftsman in silver. At first, the Aucoc manufactory worked only with silver, but later the commercial savvy of Jean-Baptiste allowed to complement the artel with glass-blowing production. Also, they begin to specialize in the so-called “Nécessaire de Voyage”, i.e. luggage of the traveler. 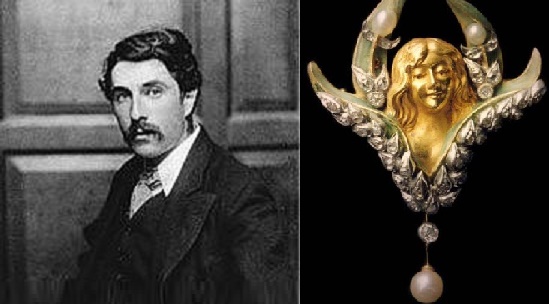 Relatively fast, with exquisite work and high quality, Jean-Baptiste gained popularity in Paris and later at the court of King Charles X. Already in 1835 he acquired a larger factory room at 4 and 6 Rue de la Paix in Paris, expanding production, becoming recognized and the sought-after luxury goods manufacturer de Voyage for the aristocracy and the wealthy bourgeois of France and Europe. 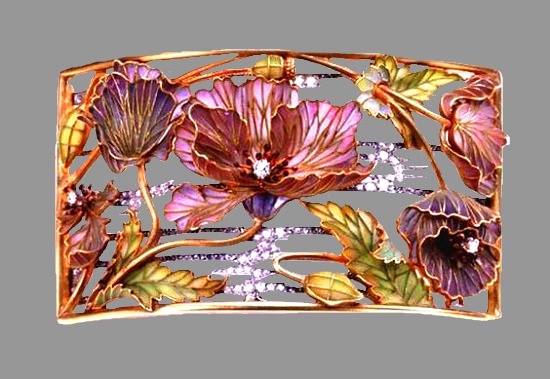 The increase in production, a certain reputation and accumulated experience, allowed Jean-Baptiste to rise to a higher level of production, focusing on jewelry art. By 1850, the company became family-owned – his son Louis Aucoc received the qualification of silver craftsman. He began to develop models at the manufactory with his father, which resulted in the gold medal of the Paris exhibition of 1851 for a traveler’s kit.

In 1854, Louis Aucoc became the head of production and the same year his father Jean-Baptiste retires. Aucoc continued to expand, acquiring the production of luxury goods by the master Pierre-Dominique Maire, thus becoming one of the largest silver and leather travel workshops in Paris. The commercial success of the enterprise, its loyalty to traditions and reputation allows Louis Aucoc to focus on jewelry production and the development of a separate silver manufactory. Subsequently, he become a well-known and recognized master of Parisian bohemia, European, English and Russian aristocracy. 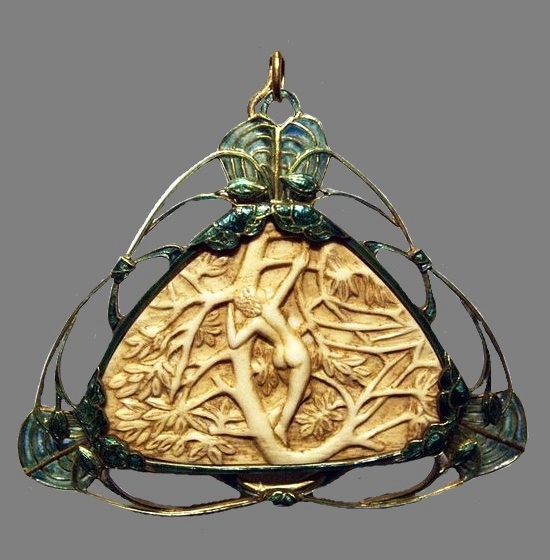 In the 1870s, Louis Aucoc, Jr. (1850-1932) joined the family business, although for now he was an apprentice. Noteworthy, in 1876 he was working with another apprentice, sixteen-year-old Rene Lalique, who later became the recognized master of the Art Nouveau period. It was at the Aucoc factory for two years that he first learned the skills of a jeweler and a glazier, made the first sketches, etc. 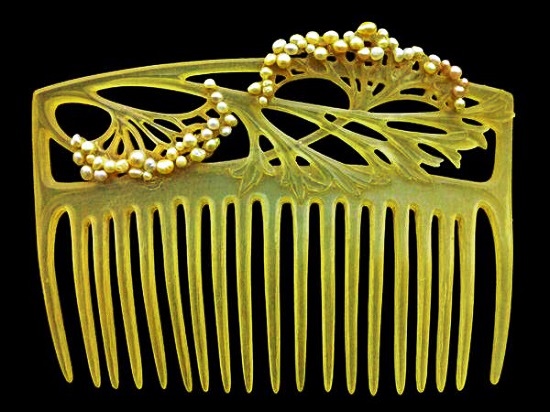 In 1877, Louis Aucoc acquired the Parisian Lobjois manufactory, renaming the family business to La Maison de l’Orfèvre Aucoc. The beginning of the 20th century became the brand’s triumph. Also, his second son André joined the business in 1900 and took over the commercial management. Thus, he gave his father and brother the opportunity to concentrate entirely on orders for the silver manufactory. 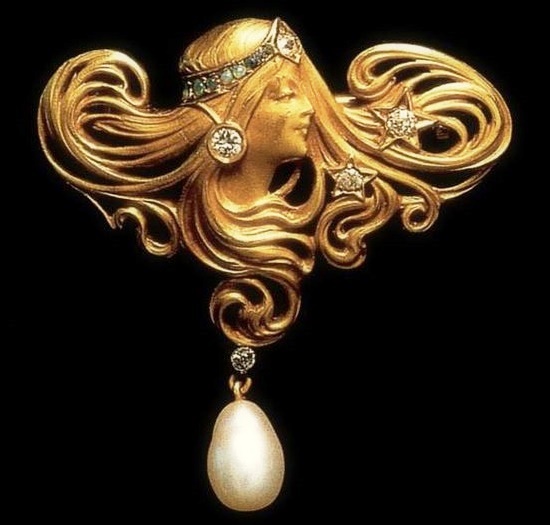 Classic modernist image of a woman depicted in gold pendant 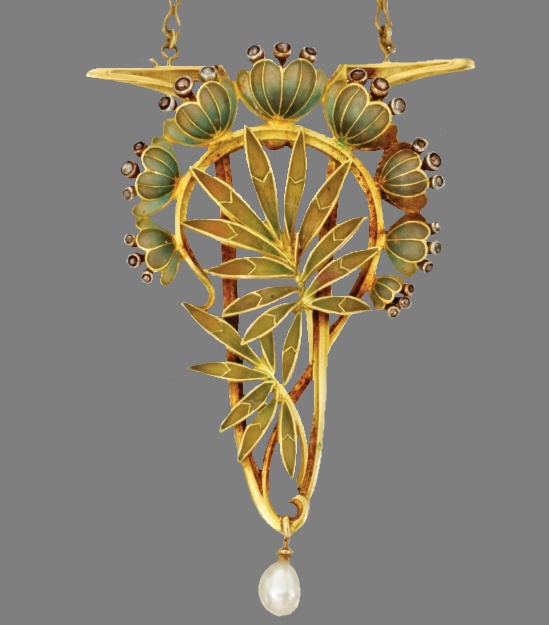 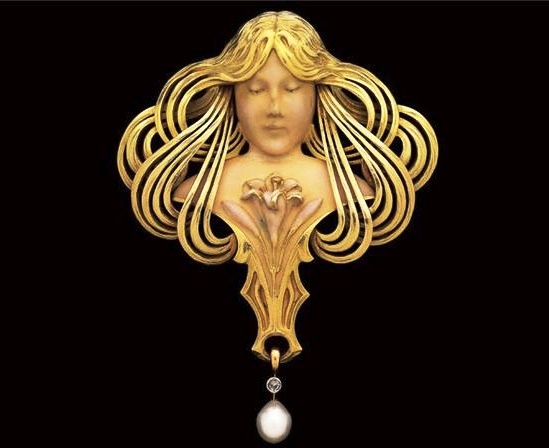 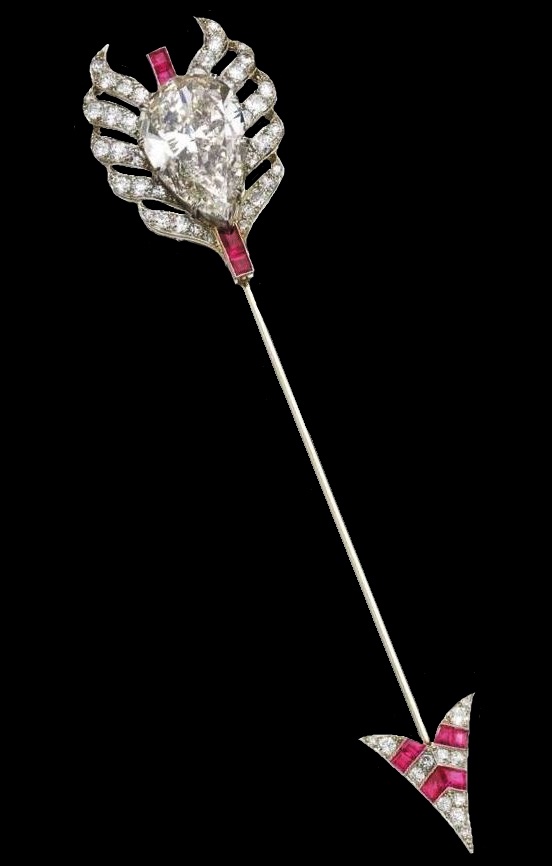 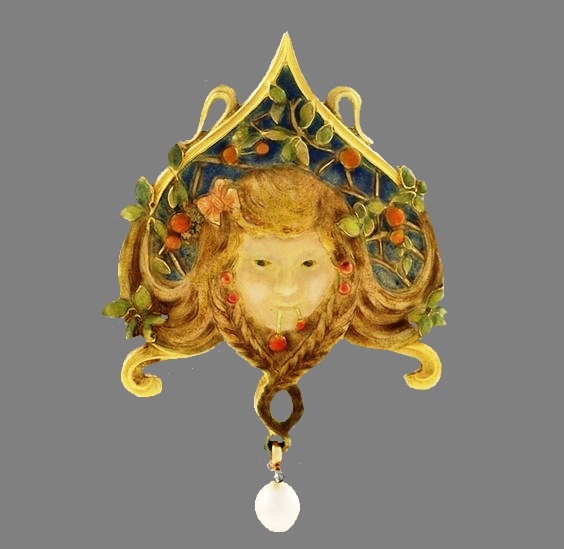 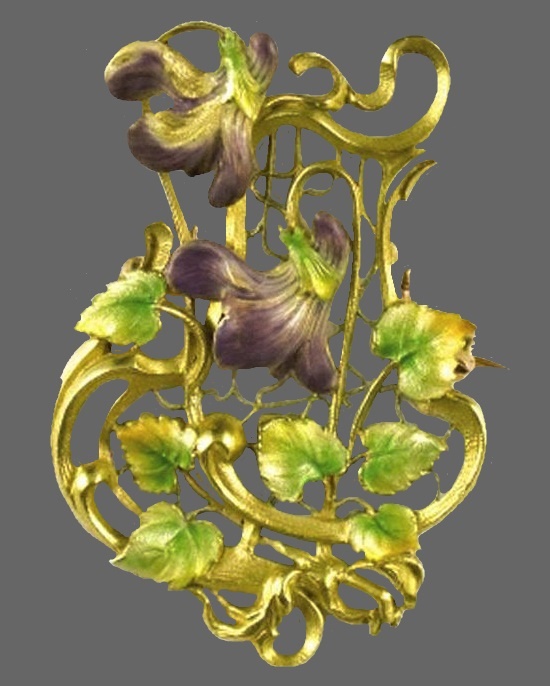 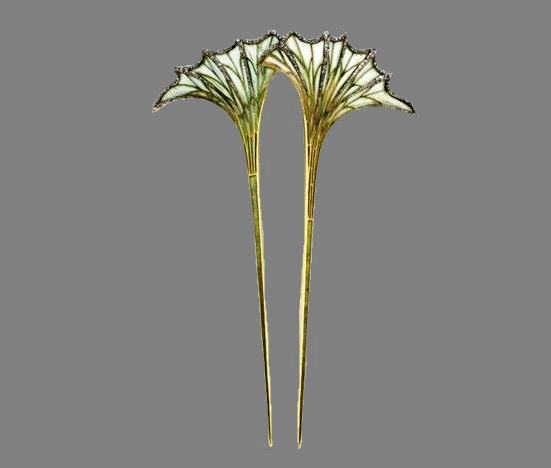 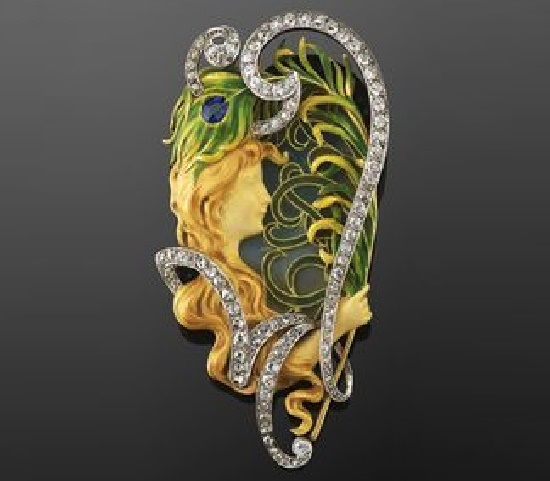 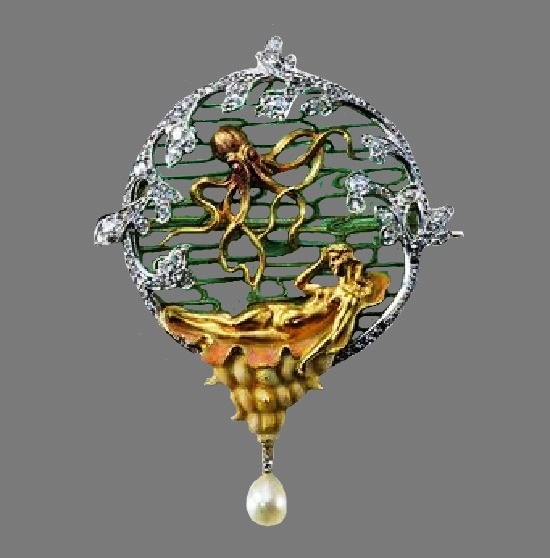 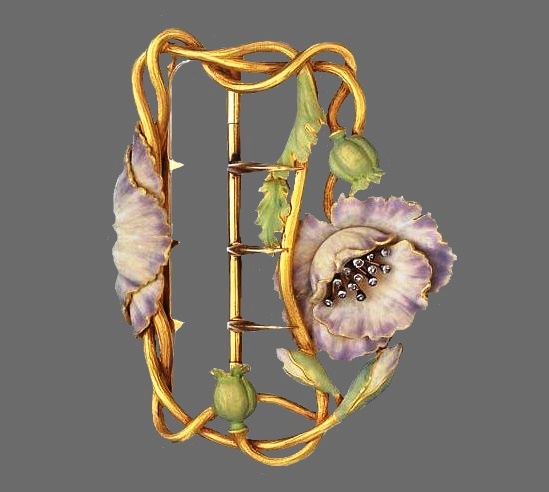 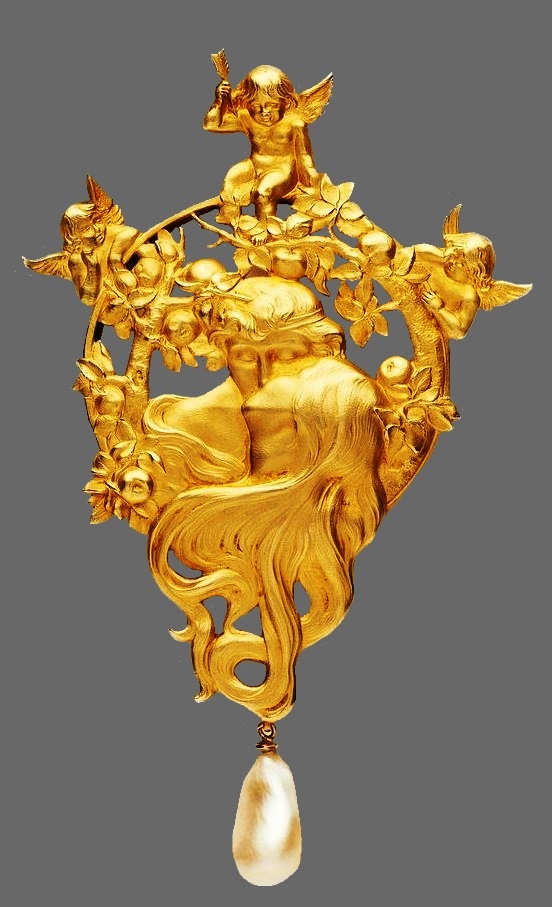 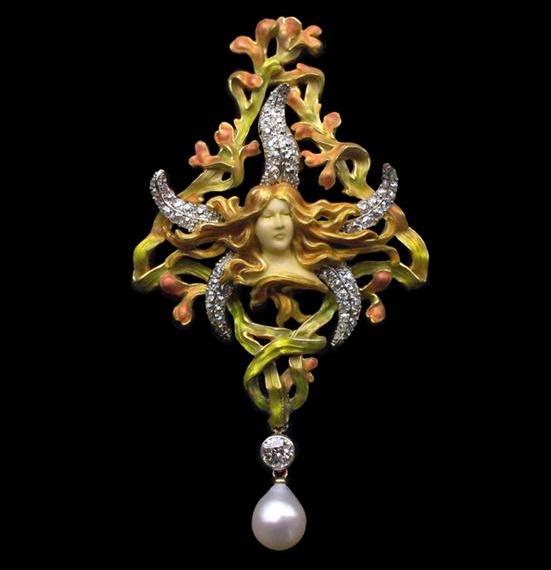 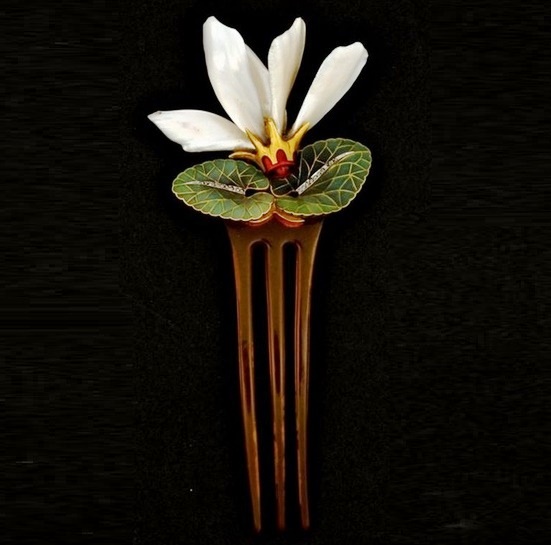