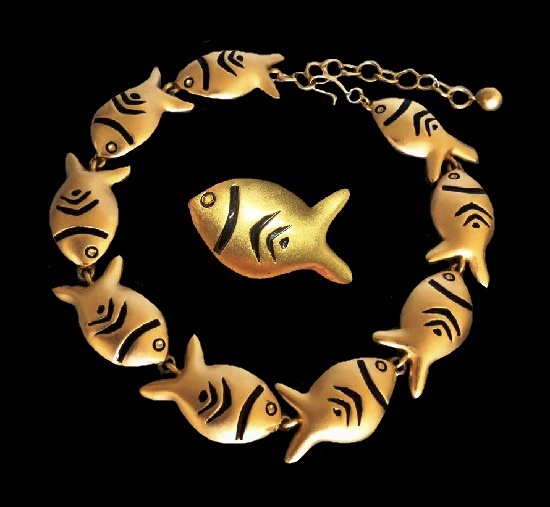 Founded in South San Francisco, California, American Fashion Jewels, Inc. produced costume jewelry marked “AFJ” for less than a decade, from 1985 till 1994. Noteworthy, the company officially registered AFJ trademark only 13 September 1991.
Traditionally, the craftsmen of this company used gold tone metal alloy, rhinestones, art glass imitating precious stones and multicolor enamel. Also, they signed each decoration with the marking that included an oval frame with three capital letters AFJ enclosed within it.
Noteworthy, there is another company “Amber Fine Jewelry Corp.”, based in New York that labeled their products with the same three letters and operated around the same time. However, the hallmark of this company differs in the shape of the letters and the rectangular frame that encloses those letters.
END_OF_DOCUMENT_TOKEN_TO_BE_REPLACED 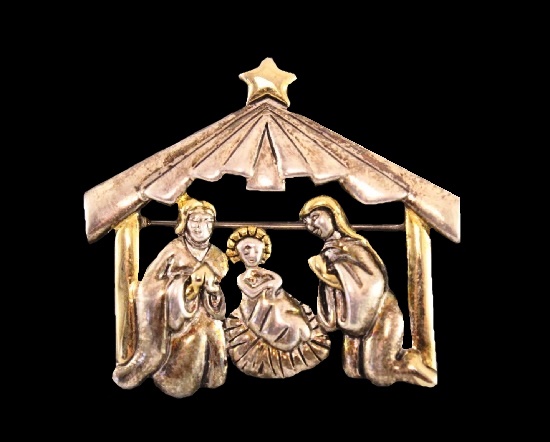 Signed MJ vintage costume jewelry
Most likely, the initials MJ stand for Marie Jennifer, an owner of the company that produced costume jewelry from 1978 to 1999 in Providence, RI.
Traditionally, MJ craftsmen made decorations from alloys of silver or gold tone metals, possibly plated with gold or silver, but never made from silver or gold. And there are no markings indicating silver or gold on jewelry. Moreover, very often this is a combination of two alloys in one piece. There is one more feature of the jewelry of this company – many decorations can be used both as brooches and pendants. Also, the jewelers of this company often used multi-colored enamels and rarely used stones. The motifs include traditional American holidays – Christmas, Halloween, Easter, and classic designs. Vintage costume jewelry of this brand, which operated during the 1970-1990s is collectible.
Noteworthy, there are several companies in the vintage jewelry market that sign their products with two letters MJ. However, the marking on the back of the products, which consists of only two letters, nevertheless differs from the markings of the same name from other manufacturers. In particular, the markings of the decorations highlighted in this publication are two capital letters inside a rectangular frame. In addition, both letters are capitalized and printed. While the marking of products from other manufacturers is either without a frame, or j is small, or in capital, but without an upper dash.

END_OF_DOCUMENT_TOKEN_TO_BE_REPLACED 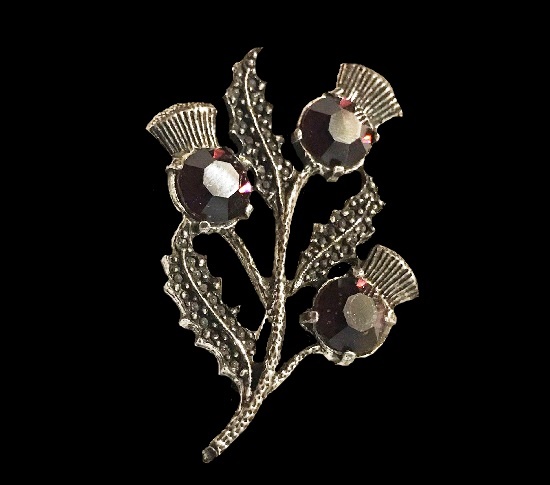 The history of the British jewelry company SJC began in 1984 in Cornwall, in the southwest of Britain. Its founder, Jeremy Gilbert, has already had experience in gold mines in South Africa, a copper mine in Australia and tin mines in Cornwall. However, his love for art, knowledge of metallurgy and a desire to master the intricacies of jewelry production, led to the creation of his own business. The name of the company Saint Justin comes from the name of the local community. Initially a family business, the company gradually expanded and sold its products not only in Britain but throughout the world. At the moment, there are 28 people on the staff, many of whom have almost 30 years of experience in this company.
Traditionally, all products are made by hand, mostly from pewter. Also, the main design of the products is Celtic patterns embodied in exquisite brooches, pendants and pins. All products have marking SJC on the back
END_OF_DOCUMENT_TOKEN_TO_BE_REPLACED 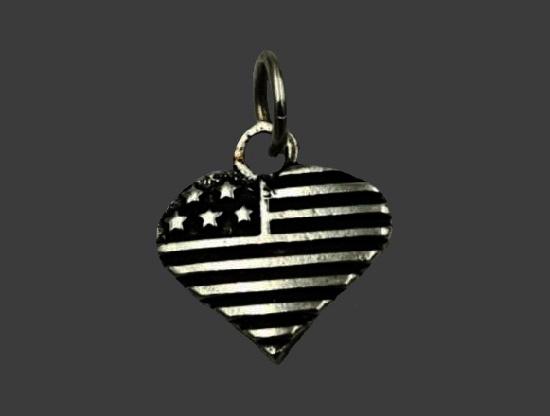 Signed SJC vintage costume jewelry
Located in the heart of the Southwest in Albuquerque, New Mexico, Sundance Jewelry Company Inc. began its activity in 1973. However, they founded their official trademark SJC only in 1992. The company officially ceased to exist 20 September 2003, but continued producing jewelry for a short period. Traditionally, the designers of Sundancer’s manufactured in-house handcrafted pieces with the use of 925 sterling silver, 14 K gold and natural stones. Specializing primarily in a large Southwestern-style line, they gave much attention to each exquisite detail. Also, all pieces have a distinctive marking SJC in the rays representing the sun.
According to the information on their website (not available now), the company was the originator of so-called “liquid silver”. In particular, tiny tubes of sterling silver that create a fluid look when strung together. Now it is a characteristic feature of Southwestern and Native American Jewelry.
Noteworthy, there are companies of the same name on the vintage jewelry market, but they differ in style and materials. For example, an English company that labels its products SJC (an abbreviation for St Justin Cornwall) creates pewter jewelry in the Celtic style. Another American company of the same name, also SJC-branded (but not framed in the sun), creates traditional jewelry using enamels.
END_OF_DOCUMENT_TOKEN_TO_BE_REPLACED 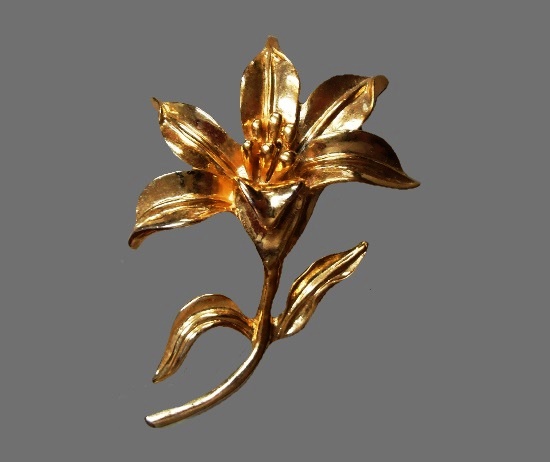 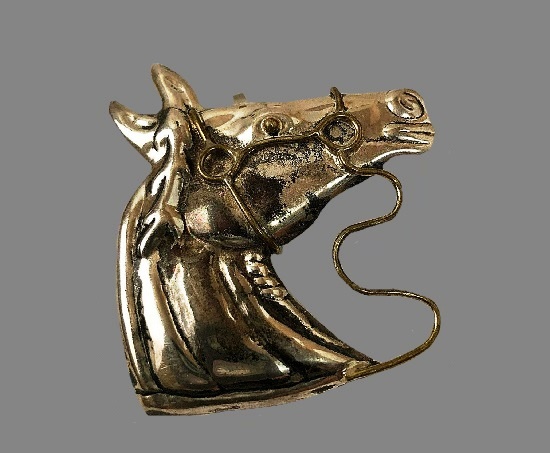 Full Circle vintage costume jewelry
The history of the American jewelry trademark Full Circle covers the period of no more than a decade, 1980-1990s. Traditionally, all jewelry was handcrafted, hand casted, polished and marked on the back with “Full circle 925” with a copyright sign. Noteworthy, the jewelers of this company used two metals in the manufacture of one piece – 925 sterling silver with minimal brass accents. Also, most jewelry decorations can be worn as either a pendant or a brooch. Unfortunately, there is no information about the company, its location and its owner.
According to my research, there is a modern company of the same name. However, this is a completely different company that manufactures different in style and materials decorations.
END_OF_DOCUMENT_TOKEN_TO_BE_REPLACED 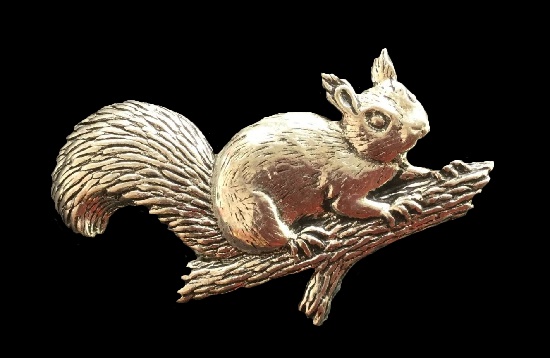 Signed AR Brown vintage pewter jewelry
The family jewellery business of father A. R. Brown and his son Terry S. Brown, based in Chellaston, Derby, England, began in 1986. However, its founder, sculptor, artist and jewelry designer A. Brown, created jewelry long before he gave the company his name. All products are designed, manufactured and sculpted by hand using 100% English pewter. Noteworthy, jewelry design includes anatomically realistic images of animals and birds, embodied in lapel pins, brooches, pendants and keyrings. Marked on the reverse, AR Brown jewelry that has become famous all over the world, is undoubtedly collectible.
Currently, the main designer of the company is Terry Brown, the son of the founder, who has absorbed a love for animals, sculpture and jewelry since childhood. Accordingly, the TS Brown marking appeared on the products. Both markings A.R, or T.R. Brown mean high quality, real class and detail, and belonging to the most respected pewter manufacturing names in the world.
END_OF_DOCUMENT_TOKEN_TO_BE_REPLACED