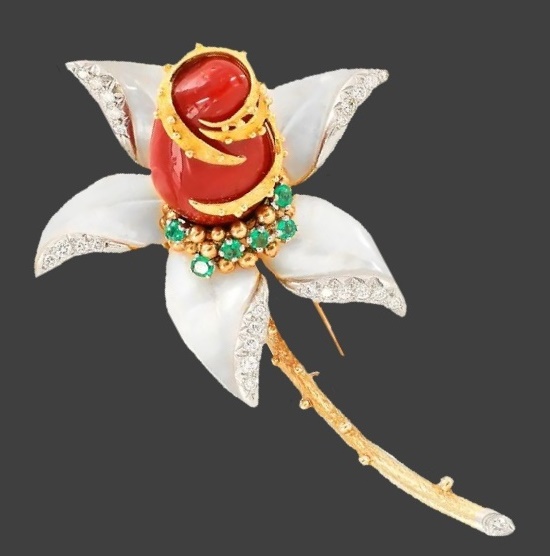 Jean Thierry Bondt fine jewelry (1955-2006)
The history of the French jewelry brand JTB, founded by Jean Thierry Bondt, spans fifty years. Incorporated in January 1955, the jewelry company “Soc Jean Thierry Bondt Joail”, located at 19 Rue De Choiseul, ceased to exist in December 2006.
Jean Thierry Bondt was a famous Parisian jeweler and jewelry designer who collaborated with such jewelry brands as Jacques Lacloche, Alain Boucheron and Van Cleef and Arpels.
Most active in the 1960s and 70s, Bondt created nature inspired and haute couture brooches, earrings, bracelets and necklaces. Traditionally, the designer used high quality materials, mainly precious metals and stones – gold, platinum, diamonds, sapphires, emeralds and others.
JBT branded jewelry sold at prestigious auctions fetches high prices.
Today, on the site of his jewelry atelier at 19 rue de Choiseul there is a bar restaurant, and there are no traces of a jewelry workshop left. Unfortunately, there is also no information about the biography of the jeweler, place and date of his birth, education, etc.
END_OF_DOCUMENT_TOKEN_TO_BE_REPLACED

American jewelry designer Whitney Boin
Born in 1955 in New Jersey, Whitney Boin grew up in an artisan family and began winning awards for his sculptures and jewelry in high school. Undoubtedly, such success motivated the talented young master to choose his future profession. He graduated from the School of American Masters at the Rochester Institute of Technology, and spent the remaining funds from his studies on platinum and diamonds. So, he created his first jewelry to participate in prestigious jewelry competitions, which brought fame to the 23-year-old designer.
Traditionally, the designer used various materials, integrating them into one product – gold, aluminum, steel, rubber, hematite, granite, onyx, and others. According to Boin, he prefers simple elegance.
The New York-based designer has won multiple Diamonds Today Awards in 1978, 1979, 1981 and 1991. Also, among his awards – the main prize of the Platinum Design Competition in 1983 and 1985, the New Designer of the Year in 1983 and the first prize in Gold Fashions Trends in 1987.
Innovative designer’s pieces can be found in prestigious galleries and stores in the US and England. In addition, Boin has exhibited his collections in major US cities, as well as in London, Tokyo and Venice.
Boin founded the International Jewelry Designers Guild in 1999 and is a founding member of the American Jewelry Design Council.
END_OF_DOCUMENT_TOKEN_TO_BE_REPLACED 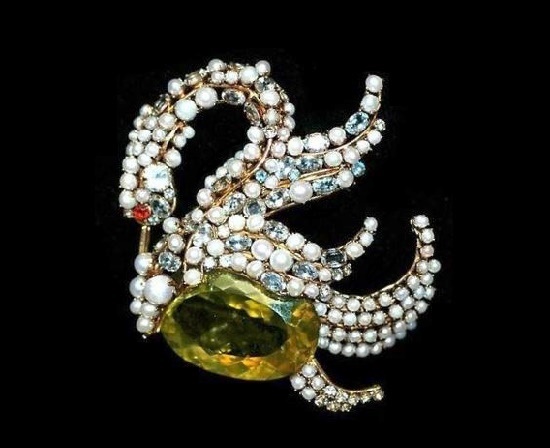 Hassan Bounkit fine jewelry
New York NY based jewelry designer Hassan Bounkit founded Bounkit Jewelry Design, Inc in 2006.
Originally from Casablanca, Morocco, Hassan Bounkit was educated at the University of Montreal Canada. After moving to Italy, he continued his studies at the Dilazzaro Fashion Institute in Florence. Bounkit began his design career with the Italian fashion houses Salvatore Ferragamo and Marella Ferrera.
In 1989, he moved to New York City, where he continued to hone his craft as an assistant to fashion designers Nicole Miller and Arnold Scaasi.
An important milestone in Hassan’s biography was his work at the Iradj Moini jewelry company, where he worked for 5 years, from 2001 to 2006. An experienced jeweler, he founded the family business with the jewelry brand Bounkit in 2006 in New York.
Handcrafted, vibrant 3D jewelry by Hassan has won numerous awards. Traditionally, the designer uses a variety of materials, from brass and gold, to bone and wood. Also, along with crystals and glass, the designer uses natural gems – quartz, lapis, amethyst, garnet, and other semi-precious stones.
The company’s jewelry often appears on TV and on the pages of fashion magazines such as Vogue, Harper’s Bazaar, Elle, Glamour, InStyle, and others. Among the fans of the company’s jewelry are celebrities such as Liv Tyler, Salma Hayek, Brooke Shields, Megan Markle, Taylor Swift, Oprah Winfrey, and many others.
END_OF_DOCUMENT_TOKEN_TO_BE_REPLACED 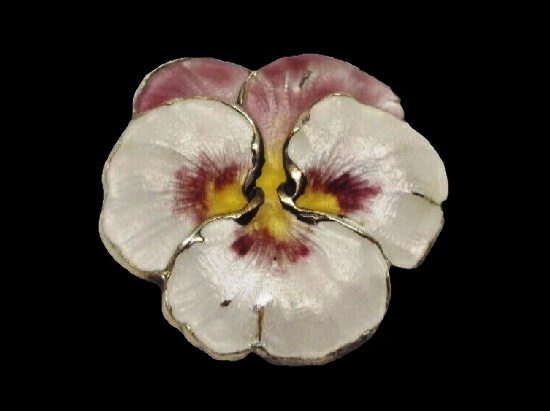 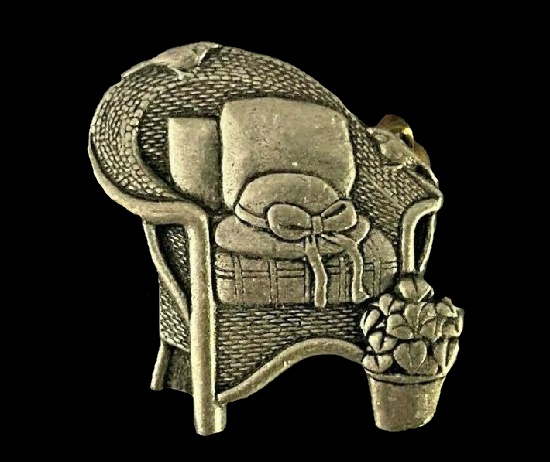 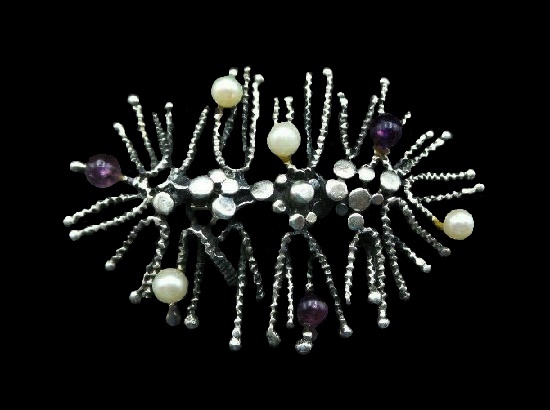 Bartel Sohne vintage silver jewelry
The old Bavarian city of Augsburg has been known for its hereditary master jewelers since 1560. The Bartel dynasty of goldsmiths and founded by them Bartel & Söhne company have been known since at least 1884.
The workshop of Alfred Bartel was located in an old mansion of the 15th century in Augsburg, Bavaria, Germany.
Noteworthy, their modernist jewelry designs produced in the 1940s-1960s have become the most famous and collectible.
Creating jewelry by hand, the craftsmen used silver, gold, rhodium and natural stones – quartz, garnet, amethysts, baroque pearls and more. Jewelry design, along with modernist and abstract, so popular in the 1960s, included Victorian and classical. No less excellent were floral and plant motifs embodied in filigree brooches, rings, earrings and pendants. Also, they created a series of Zodiac Sign pendants and charms made from silver.
Traditionally, the markings on these pieces include the initials BS for Bartel & Söhne.
Today, based in Kaufbeuren, Germany “Alfred Bartel & Söhne GmbH & Co. KG” is still active, but it manufactures different products. In particular, portable power tools for jewelers and watchmakers, plastic industrial products, and a variety of household products.
END_OF_DOCUMENT_TOKEN_TO_BE_REPLACED 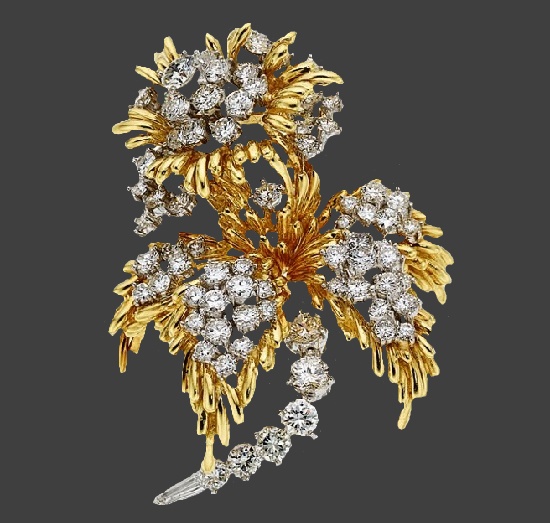 Austrian jeweler Kurt Wayne 1909-1990
The history of the Kurt Wayne jewelry brand began in 1945.
Born in 1909 in Vienna, Austria, Kurt was orphaned early. Having come under the care of a local jeweler, 10 year-old Kurt began to learn jewelry craftsmanship. After years of apprenticeship, Kurt became a professional silversmith, goldsmith, diamond cutter, watchmaker, and jewelry designer.
In 1939, Kurt and his wife emigrated to the United States to escape the Nazis. There he continued to work in jewelry workshops and sell jewelry. Finally, he founded the family business at the age of 36, opening an eponymous jewelry company in New York. Kurt created highly artistic jewelry, more like miniature sculptures. The greatest inspiration for the jeweler was nature itself, the love for which he embodied in his animalistic and floral designs.
Noteworthy, Wayne developed a good personal relationship with notable businessmen. In particular, the Zale family of Russian-Jewish jewelers and Stanley Marcus, president of luxury retailer Neiman Marcus in Dallas, Texas.
Traditionally, the jeweler used 18 K gold and precious stones – emeralds, diamonds, sapphires, rubies, etc. Item markings include “KW” or “Kurt Wayne” with the karat of gold or silver.
Kurt Wayne passed away in 1990.
END_OF_DOCUMENT_TOKEN_TO_BE_REPLACED