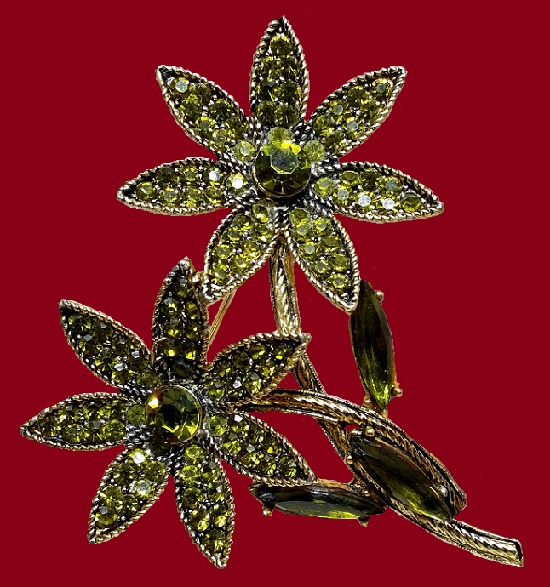 Hollycraft costume jewellery
The history of Hollycraft began in 1939 in New York, when an Armenian immigrant Joseph Chorbajian founded a company called The Hollywood Jewelry Manufacturing Company. The talent and oriental temperament of Joseph Chorbaijan allowed him to invent unusually bright expressive ornaments, which the customers liked very much. The company gradually increased production. At the same time, the circulation of jewelry was still quite limited. In 1939, Archie Chorbajian and Jack Hazard, who previously worked as a jeweler at CORO, joined the company and brought a lot of ideas.
However, with the outbreak of the Second World War, the development of the family business was somewhat suspended. A new stage of development began after the end of the war. To begin with, the company had to change its name, becoming Hollycraft not to be confused with another famous company – Joseph of Hollywood. The peak of its popularity Hollycraft reached in the 1950s. Especially popular became Christmass jewelry collection, as well as charming floral decorations. Also, complete jewelry sets consisting of bracelet, earrings / clips, necklace and brooch. Among the collectors are in great demand jewelry made of patinated metal, reminiscent of antique gold.
END_OF_DOCUMENT_TOKEN_TO_BE_REPLACED

Internationally recognized Hermes jewellery
French businessman, Thierry Hermes (1801-1878) was the founder of high fashion brand Hermes International. Born in Germany in 1801, he moved to France in 1821. He founded his workshop for the manufacture of leather goods in 1837. Originally, he produced the highest quality saddles, shoes, household items, scarves and bags, as well as ornaments. The full name of the company was Hermès International S.A. Since 1950, the company’s logo is a horse-drawn carriage. Today we know “Hermes” mainly for its silk scarves, ties and exclusive bags and suitcases. Noteworthy, everything produced by Hermes – characterized by a stylish design, quality and high craftsmanship.
One of the charms of Hermes is the company’s individual approach to each design. Each clock and jewelery gets an injection of playful and somehow philosophically French energy. Fortunately, Hermès designers manage to maintain practicality, form and a healthy dose of indulgence in relation to whims in an ideal balance.
END_OF_DOCUMENT_TOKEN_TO_BE_REPLACED

Gorham Manufacturing Company silver jewelry
Founded in Providence, Rhode Island, in 1831 by Jabez Gorham, Gorham Manufacturing Company was the largest manufacturer of silverware in the United States in the 19th century. Chief designer William Godman released a line of jewelry made by hand. This jewellery combined free art-nouveau lines with the ornate decor in the spirit of the Arts and Crafts movement.
Traditionally, for creating their hand-hummered and handmade jewelry decorations masters used silver, partially covered with gold, and gold. Also, they used enamel with the inserts of natural and artificial gems – turquoise, amethyst, etc.
END_OF_DOCUMENT_TOKEN_TO_BE_REPLACED 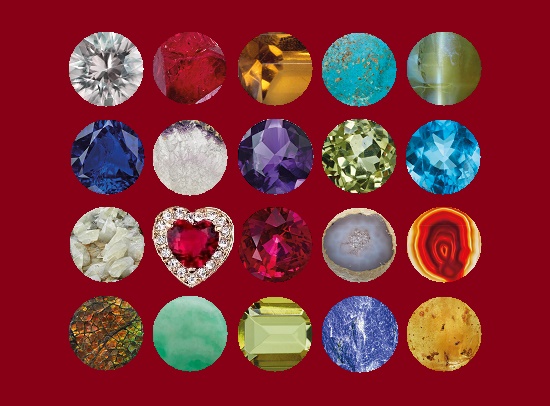 The right choice of precious stones for anniversaries
The wedding is a wonderful event, and the years lived together and decades mean that the family is strong. Perhaps that’s why the jewelers came up with the idea that a gift is needed not only on the birthday of a new family, but in the future – on every anniversary. The fact that the “invention” belongs precisely to the jewelers can be judged by the names from the twenty-first to the twenty-sixth anniversary.
Whatever it was, now almost every year of the wedding has its name and the corresponding gifts, including – precious stones and the woman has every reason for an annual replenishment of the jewelry box.
The gallery below shows information about which gems correspond to a certain year of married life, which will help to choose the right stone for the anniversary of the wedding.
END_OF_DOCUMENT_TOKEN_TO_BE_REPLACED 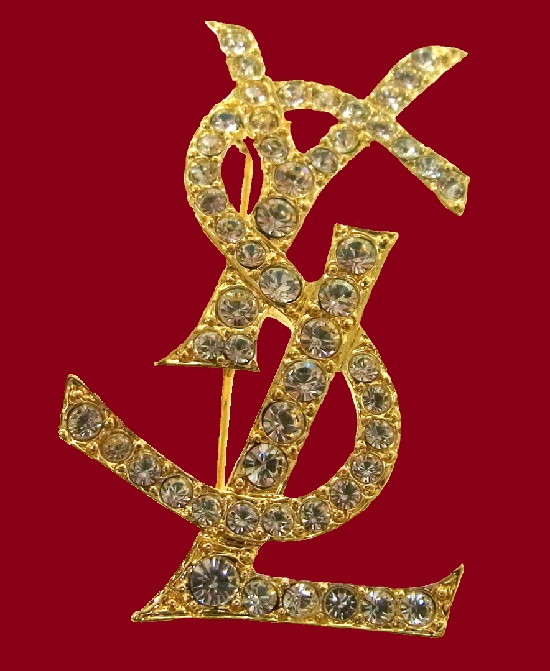 Yves Saint Laurent YSL costume jewellery
Protégé of Christian Dior, Yves Saint Laurent founded his fashion house in 1961 and the following year released the first collection of his costume jewelry. The style of his jewelry is from elegant classical to exotic refined. Bijouterie of the 1970s – theatrical and bright, demonstrates the same purity of shapes and lines as clothing.
END_OF_DOCUMENT_TOKEN_TO_BE_REPLACED 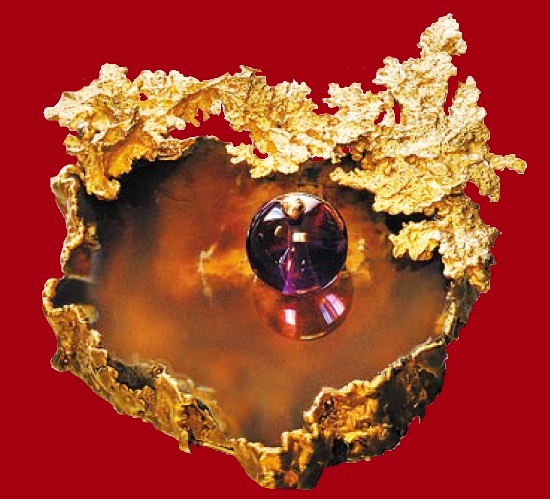 Russian jeweler Vladimir Dmitrievich Khakhalkin
Born in 1946 in Sverdlovsk (Yekaterinburg now), V.D. Khakhalkin is a talented Russian jeweler who has international recognition. The amazing, philosophical and creative works of the jeweler admire with their boldness and dissimilarity. The unusual plasticity of the metal and the idea is the creative handwriting of Vladimir Dmitrievich Khakhalkin.
The has received lots of awards and prizes of the international memorial fund of Karl Faberge: orders of Mikhail Perkhin, Franz Birbaum, and Karl Faberge. Among his titles – “the court jeweler”, “Honorary Jeweler”, and “Master” and “Honorable Jeweler”. Also, he is the owner of the Gold Badge “Jewelry House – Russia”, medals and two cups of Russia.
His works are in collections of museums and private collections in Russia, the Czech Republic, Germany, Sweden, the United States, and other countries.
END_OF_DOCUMENT_TOKEN_TO_BE_REPLACED 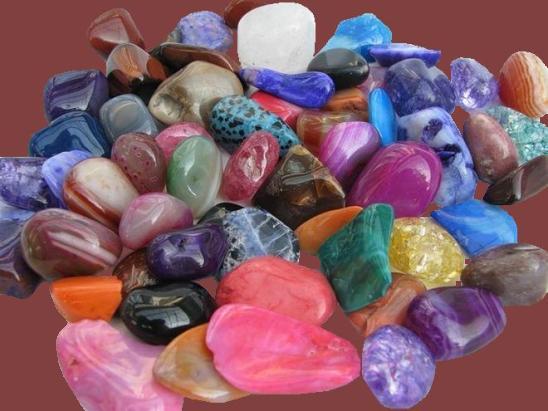 Importance of choosing right stone color
The combination of colors and shades in each stone is unique. Colored by impurities of substances, they got into them during formation. When considering the palette of colors, it turned out that there were few purple and blue stones in nature, but many green ones. Meanwhile, the choice of color by each person, for the most part, occurs unconsciously, but with astonishing accuracy. By means of color, in each specific case, a person makes it clear to other people what kind of person he is, and how he feels himself. Noteworthy, the beauty of colored stone affects psychology, thoughts and creativity.
According to experts in the field of color and lithotherapy, when searching for a mascot stone and a healer stone, one should also take into account its color. Only then positive influence of stone on a person will be most effective.
END_OF_DOCUMENT_TOKEN_TO_BE_REPLACED