Eisenberg vintage jewellery
Founded in 1914, the company Eisenberg originally released women’s clothing and perfumes. Since 1930 the company began making accessories and costume jewelry which complemented dresses, and not more. However, soon Eisenberg jewelry began to overshadow the clothes. Finally, after 1958 the company Eisenberg Jewels Inc. began mass production of jewelry.
Traditionally, Eisenberg Ice craftsmen used only high-quality materials and bijoux with Swarovski crystals imported from Austria.
Noteworthy, the company used different markings. First, they used marking “Eisenberg” (1958 – 1970), but sometimes they didn’t mark ornaments at all. In 1977 the company changed owners and lasted only until the beginning of the 1990s. Today Eisenberg jewelry is incredibly popular and collectible.
END_OF_DOCUMENT_TOKEN_TO_BE_REPLACED Lovely semiprecious stones are not only exquisite decorations. Lithotherapy Power of Minerals

According to experts, there are stones that can help a person in various spheres of life, and precious minerals affect humans. Why is this happening? The cause of the astral link between human and stones is the presence within the last positively and negatively charged particles.
Lithotherapy – an original method of treatment with natural stones. What jewelry we wear means much. The stone must be chosen carefully in sense of its medicinal properties. Lithotherapy means energy impact (psycho therapeutic, informative) of stone on the human body. It is believed that the vibration of the stone nearly is identical to human vibration, so stone can optimally stimulate the energy flows in the body. Minerals are the oldest “inhabitants” of the Earth, have accumulated over billions of years in their crystals tremendous amount of energy.
END_OF_DOCUMENT_TOKEN_TO_BE_REPLACED 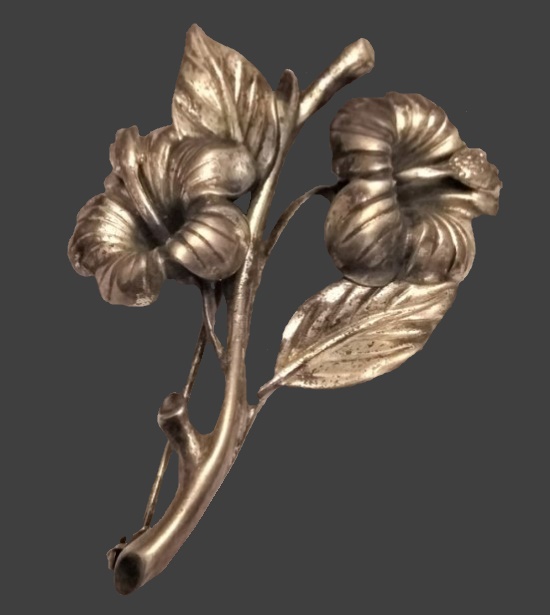 Danecraft vintage costume jewellery
Officially founded in 1934 and located in Providence, Rhode Island, Danecraft company originates from the famous manufacturer of “Primavera” jewelry. A goldsmith from Pescara, Italy, Victor Primavera was a descendant of an old family, who made jewelry for noble families in Italy. By the way, Italian word “Primavera” means “spring”.
Primavera workshops existed until 1910, then Victor Primavera, Sr. emigrated to the United States. He settled in Providence, Rhode Island and continued jewelry business alongside with James Felch. Their company Felch & Co. founded in 1934 ceased to exist in 1945, when Primavera bought out Felch and changed the company’s name to Danecraft.
Meanwhile, James Felch started another jewelry company which worked for a short period, not more than a decade. Noteworthy, the company marked their products “Felch”.
After Victor’s death in 1977, his family continued the business. So, Victor II headed the board of directors, the youngest Victor Primavera became chief executive officer and his daughter Gale – vice-president.
END_OF_DOCUMENT_TOKEN_TO_BE_REPLACED The treasures from the tomb, Queen Puabi jewellery

Queen Puabi jewellery
It was an archaeologist Sir Charles Leonard Woolley, who opened Ancient Sumerian jewelry. He led excavations in the Sumerian city of Ur in the 1920s and found the tomb of Queen Puabi (Shubad), whose age is 4,5 thousand years. The treasures from the tomb of Puabi, which, like the tomb of Tutankhamun, did not suffer from the hands of the robbers, are now at the Pennsylvania University Museum and the British Museum. Unfortunately, the part that was at the Baghdad museum was looted during the war in 2003. The ancient Sumerian city of Ur was in present-day Iraq, between Baghdad and the Persian Gulf, close to the gulf.
Until now, there was debate – who this noble woman was, buried with honor? Often called the queen, she might have ruled Ur. According to another version, she was a priestess of Inanna – Goddess of Love, Wisdom, War, Fertility and Lust. Ancient Sumerians had practice to elect the king and his main task was to participate in the ritual, during which he became the husband of Inanna. So, the king took on the divine nature and immortality, not only for himself but also for his people.
END_OF_DOCUMENT_TOKEN_TO_BE_REPLACED 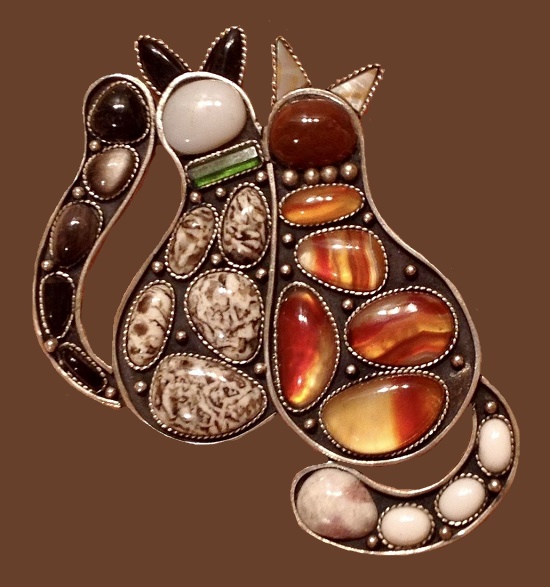 Mineral jewelry by Anatoly
The creative duo, husband and wife, Anatoly Aronovich and Tamara Alexeyevna live and work in Moscow’s Maryina Roshcha. Anatoly and Tamara, professional geologists in the past, understand the value of minerals, creating jewellery of amazing beauty with high quality of execution. The happy couple have worked all their life in geology, and have traveled in geological expeditions all over their native country, from the far north to the Kamchatka. According to the master, since then stone gems have become love and passion of young geologists.
After retirement, they were able to devote their life and all free time to this exciting hobby. In the summer, Tamara creates mosaics of natural semi-precious stones, and decorates their rural way of life in a country house (dacha). Tamara has learned to handle semi-precious stones and can turn an ugly piece of rock into a bright, vibrant gem. Anatoly invents and creates from these placers bright, cheerful decorations. Noteworthy, the craftsmen use only natural stones, brought from various fields during their geological life.
END_OF_DOCUMENT_TOKEN_TO_BE_REPLACED One of the most iconic faces of the 20th century Anita Ekberg passed away 11 January 2015. Undoubtedly, Anita Ekberg loved jewelry, wore tiaras, necklaces, earrings and bracelets until old age. However, her beauty outshone any jewelry… Meanwhile, better known as iconic Swedish-Italian and Hollywood actress, and a cult sex symbol of 1950-1960s, Anita Ekberg was Miss Sweden 1951.
Born Kerstin Anita Marianne Ekberg on 29 September 1931 in Malmo, Skane, Sweden, Anita Ekberg grew up in a large family, where she was the eldest of eight children. Anita started her career as a fashion model after she had won the beauty pageant in Sweden. Soon after, the crowned beauty left Sweden for the United States to compete for the Miss Universe crown. Although she didn’t speak English, Anita Ekberg entered six most beautiful finalists.
In the United States, Anita met Hollywood producer Howard Hughes, who advised her to change her nose, teeth and name (he said “Ekberg” was too difficult to pronounce). Future symbol of lush beauty Anita Ekberg wisely refused – “when I become famous people will learn to pronounce my name, and if I don’t, then name will not make any sense”.
END_OF_DOCUMENT_TOKEN_TO_BE_REPLACED