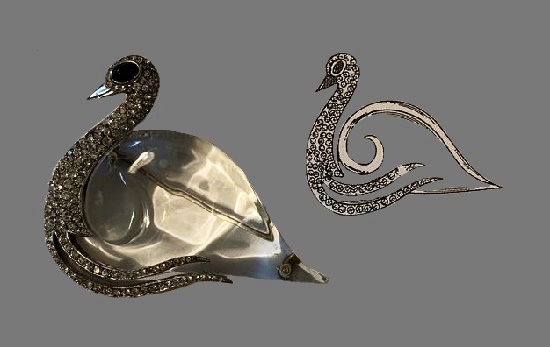 Norman Bel Geddes vintage costume jewelry
Can a man who designs cars and airplanes make costume jewelry at the same time? Today, perhaps not. Such a person was Geddes, who worked in the first half of the 20th century. Born 27 April 1893 in Adrian, Michigan, Norman Melancton Geddes became the legend of design, called “Pioneer Of American Industrial Design” and the man who designed everything. According to Geddes himself, he was the man who designed his life.
For a short period of time he studied at the Cleveland School of Art, but but left it at the age of 16. Geddes first married Helen Belle Schneider in 1916, and they combined their names to Bel Geddes. Since that time, he worked with her in a creative duet, having designed about 200 stage performances from 1916 to 1937. In 1927 they opened an industrial design studio, creating designs for commercial products.
Aged 56, he and his and his wife Helen Belle Schneider began to work on costume jewelry designs. Launched in summer 1950, their “flow-motion” jewelry designs based on architectural and floral motifs were innovative. Noteworthy, in 1941 he became the author of two jelly-belly designs of brooches for Trifari. Produced in a very limited edition project, these jewelry pieces are quite rare.
Norman Bel Geddes died in New York on May 8, 1958. His autobiography, Miracle in the Evening, was published posthumously in 1960. 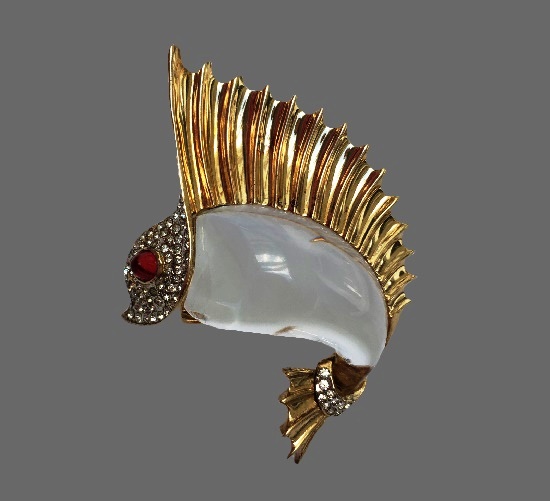 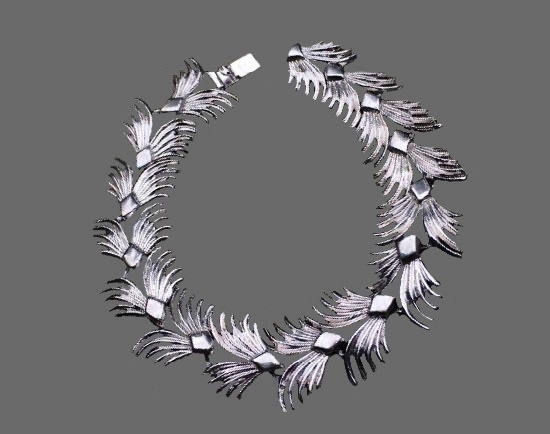 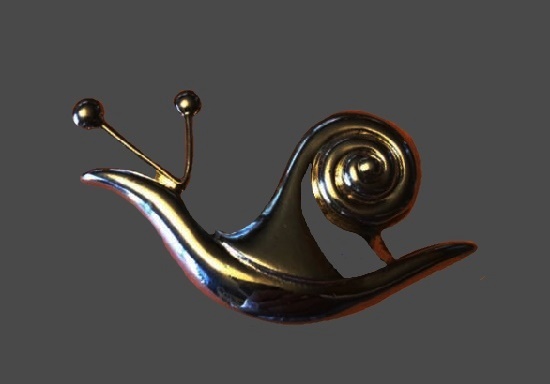