Rare Vintage Mourning jewellery
The tradition of mourning etiquette included mourning dress and jewellery. Originally, it was a privilege of the royal courts of Europe from the Middle Ages. But from the 1840s, family-mourning dress became available in couture salons, or private dressmakers working at every social level.
The vast array of products included widow’s weeds, indoor caps, fans, underwear, gloves and black-edged handkerchiefs. Also, the special jewelry included black jet and “in memoriam” rings, brooches, earrings and lockets. In fact, mourning etiquette contributed to the development of early forms of plastic used in imitation of jet jewelry, and finally, to the development of modern fashion. Designers illustrated death through symbols, such as broken column, obelisk, or funerary urn. Also, weeping willows, cypresses, faithful dogs, Virgin Mary, and symbolic beasts, such as the Pelican. A skillful hand of a master decorated such pieces with complicated patterns or thumbnails, or even made jewelry woven from hair. According to belief, hair as a symbol of communication with the departed person, provided invisible and constant presence in the world of the living.

A special love of Victorians to such things was due to the fact that in the 19th century mortality at an early age was quite high. The man died in the war, the child died in infancy from malnutrition and disease, and women were dying in childbirth. Cholera and typhoid claimed tens of thousands of victims. Death was very commonplace, and the average life expectancy was only 50 years old. So, the funeral procession in the city streets for Victorians were part of everyday life.

Frightening was not so much death itself but a prospect to get away in oblivion. During the American Civil War (1861-1865), many soldiers cut off a lock of hair for the wife or lover before going to the front. Some civilians even kept hair of several people in a locket as a token of love and meet in heaven after death.

The end of XIX – early XX century mourning jewelry began to go out of fashion. This was largely due to the death of Queen Victoria, as well as the outbreak of the First World War and the rise of the feminist movement in England. However, many of these ornaments have survived to this time, becoming living witnesses of a bygone era forever. The price for such jewelry has been steadily increasing, as well as interest in the Victorian age and its realities. 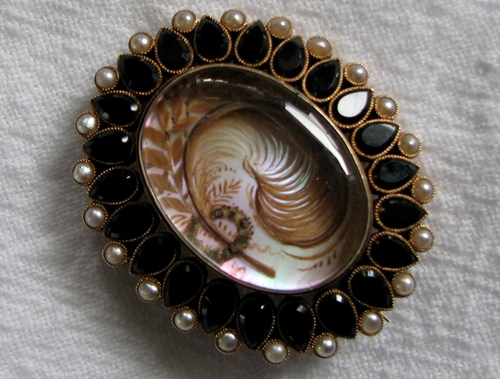 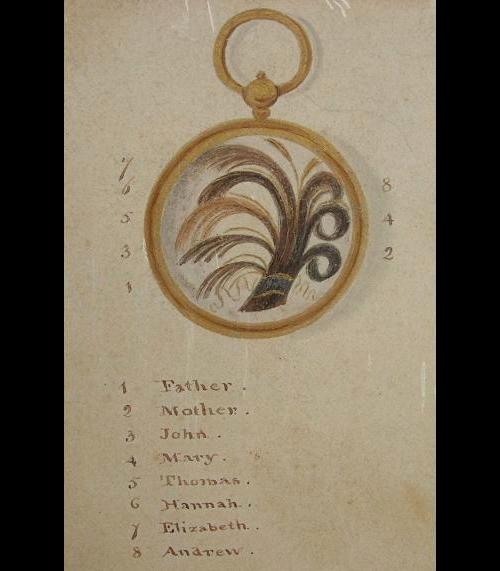 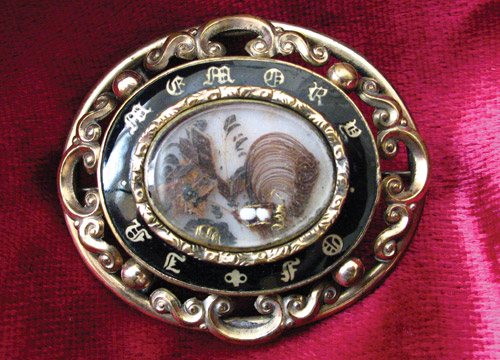 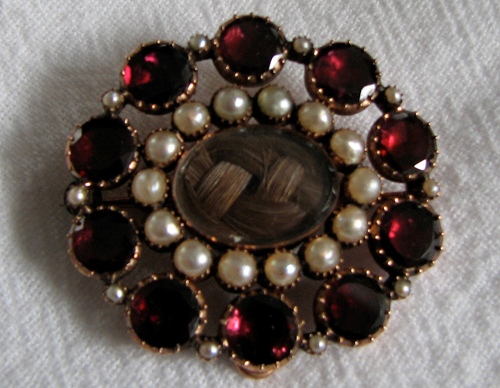 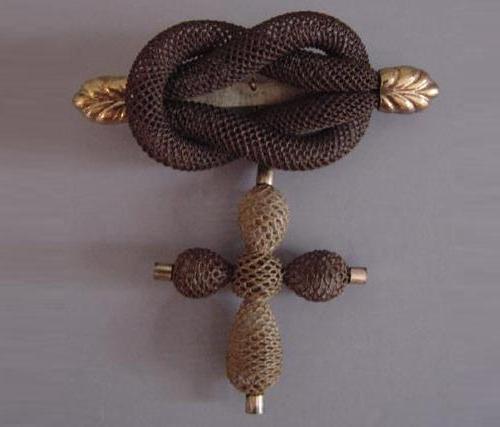 Cross woven from the hair 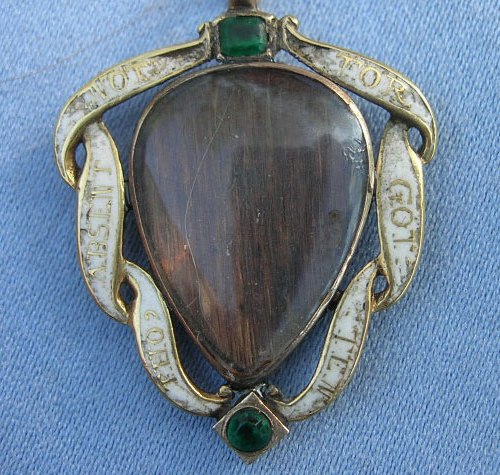 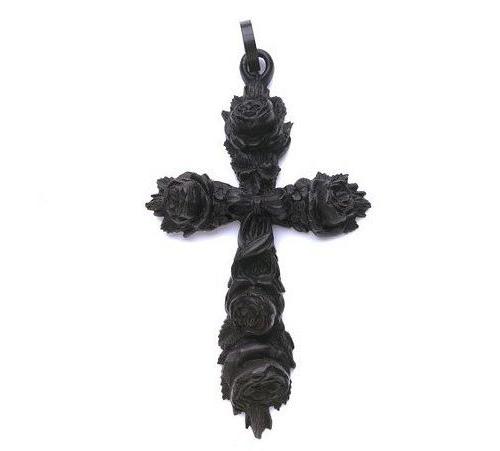 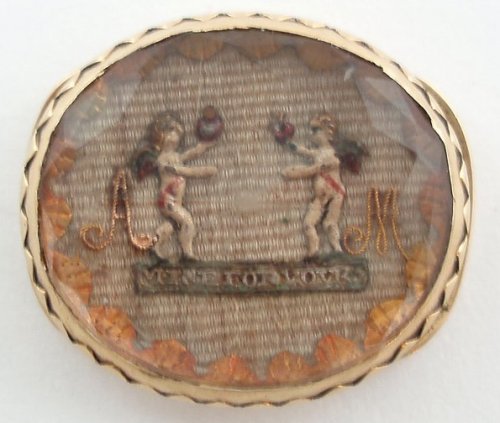 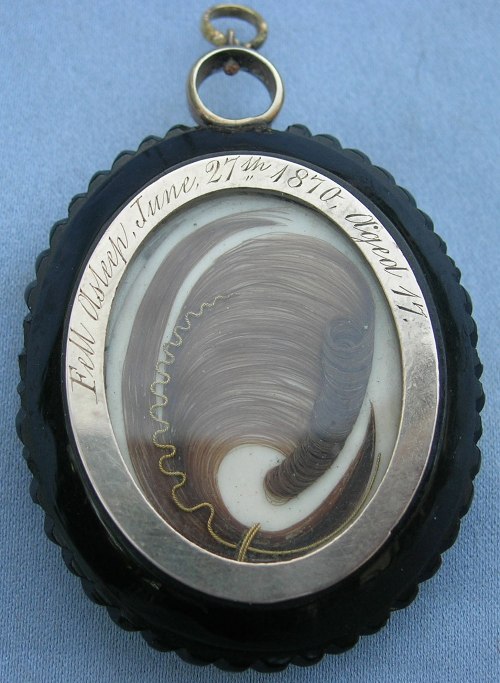 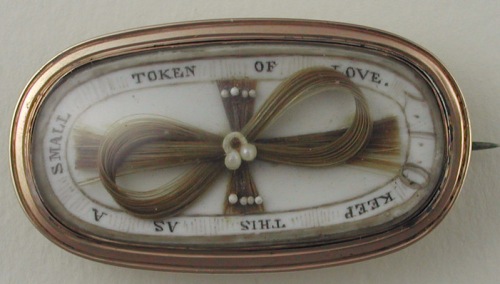 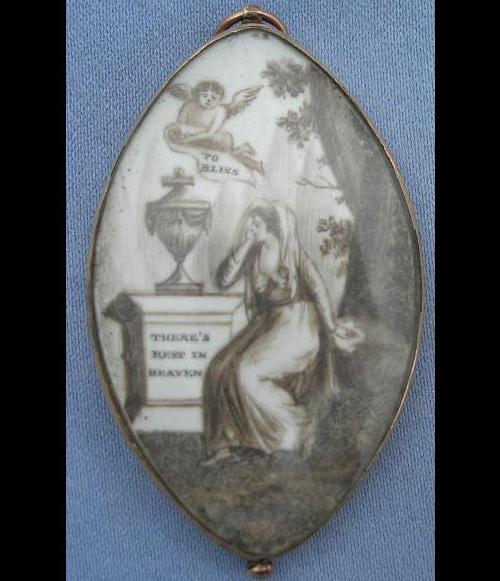 There is rest in heaven, pendant 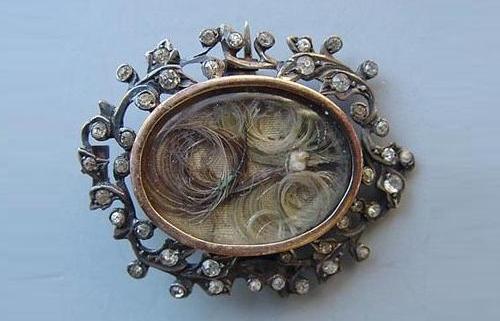 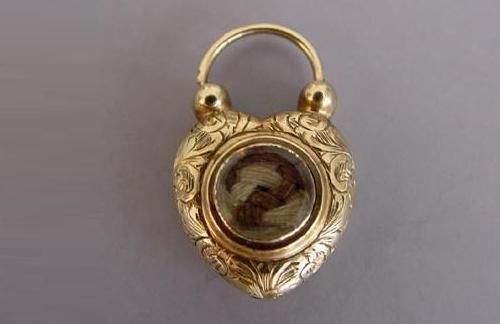 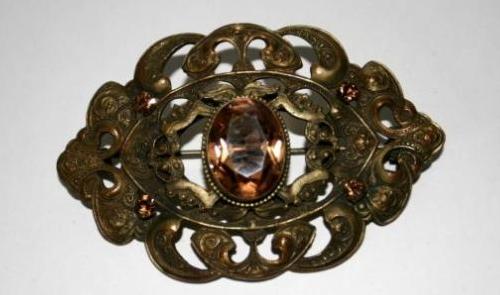 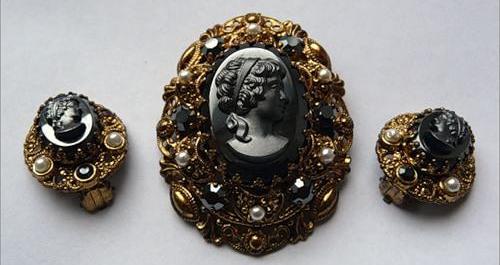 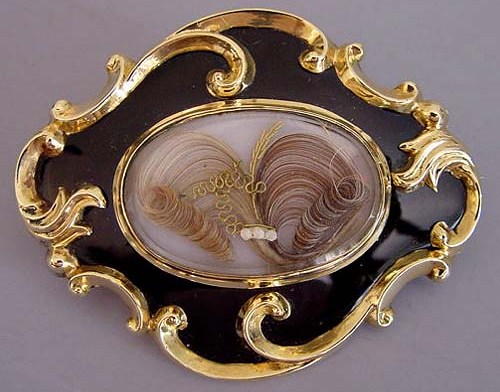 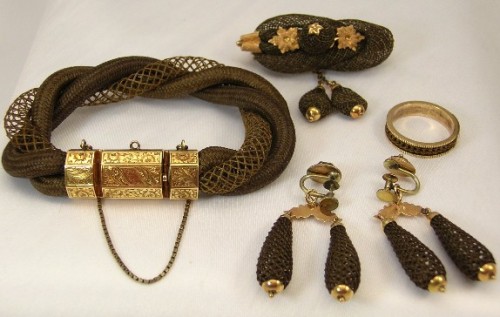 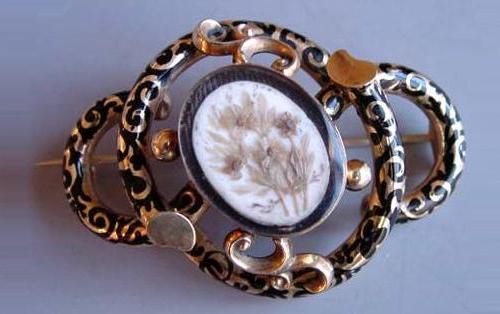