Magic Plants in Jewellery
Any modern or vintage brooch with floral motif performs both functions – a decorative and an amulet. Considered the most ancient jewelry, amulets included onion, garlic, pepper, seeds and fragrant herbs. A huge number of plants endowed with magical properties, especially spicy, with characteristic odor. Traditionally, tufts of grass hang on the walls of the house, barns and stables.
Acorn, in particular, was a symbol of fertility and immortality, because from it grows a mighty oak tree, which can live for centuries. Anciently prized for potential power, acorn became a symbol of rebirth, perseverance and courage. In ancient cultures people perceived acorn as a talisman and amulet against evil spirits – from lightning strikes, natural and human disasters. The fate of the pomegranate – an interesting example of the spread of the magical cult from ancient times symbolizing fertility. And in the East it was famous as a female ward. Necklaces made of pomegranate seeds or gold and silver imitation of the fetus are often found in ancient Iran, Palestine, Phoenicia, Sardinia. The earliest examples of necklaces from Mesopotamia date back to the II millennium BC. The Arabs borrowed from previous cultures pomegranate symbols, and from them it was inherited by the Spaniards. The latter, in turn, transferred it in the XV century on the American soil. For the Pueblo Indians, pomegranate became one of the favorite motifs of silver jewelry. 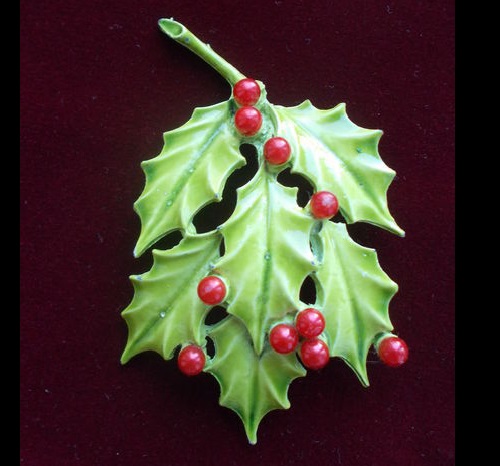 Holly – one of the “main” character of the Western Christmas, with the magical pagan roots. This evergreen plant druids valued for its ability to remain green and beautiful, even in winter, when nature was deprived of most of its flowers. The Romans also loved this plant, considering it the creation of Saturn. During riotous celebration of Saturnalia (a prototype of European Carnival), citizens gave each other a wreath of holly and decorated their homes with it.

Centuries later, while the bulk of the Romans continued to celebrate the Saturnalia, the early Christians had secretly celebrated Christmas. To avoid persecution, they, like everyone else, decorated the house was the branches of holly. According to legend, from it was made the crown of Christ, holly berries, originally white, they turned red with the blood of the Savior. Holly is joy and reconciliation, and, according to popular belief, protects against witchcraft and lightning. 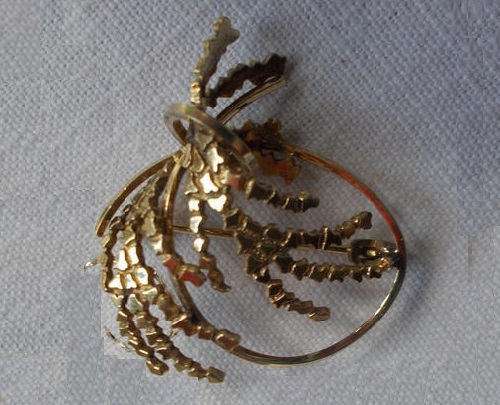 Heather – a very symbolic plant: it brings happiness and according to legend, keeps from actions caused by passion. Heather is called the “rejuvenating grass” and “herb of immortality”, it is believed that the constant wearing it prolongs life. In Scotland, there is a beautiful legend about the heather.

When God created Scotland, he looked at the bare hillsides and decided that they need something to decorate. God asked the giant oak, the most powerful of all the trees, but the oak rejected the proposal, citing the fact that the soil is too weak for its strong roots and flourishing.

Then the Lord spoke to fragrant golden flowers of honeysuckle with a request to present the beauty and fragrance of the bare slopes of Scotland. But Honeysuckle has refused, because there is nothing but hunger and inhospitable terrain, unsuitable for flowering. Regal Rose, the sweetest of all flowers, was the next to whom God spoke. But she explained that her delicate petals are not able to withstand the harsh wind and endless rain.

Frustrated Lord decided to stop his attempts and leave everything as it was, and suddenly his eyes fell on a small modest green shrub with tiny flowers: white and purple. It was the heather! Lord asked Heather whether it was ready to live on these barren hills, to make them beautiful. Heather looked on poor soils, harsh climate, and doubted whether it could handle the job, but to the joy of God, agreed and promised to do everything in its power.

Overjoyed, the Lord would reward courageous plant lavish awards and gave it the power of oak – bark of heather is tighter than the bark of any other tree or shrub; honeysuckle aroma – delicate scent of heather used in the manufacture of scented soap, candles and cosmetic products; the sweetness of the rose – sweet flowers of heather make it desirable for the bees, collecting medicinal heather honey. To this day, Heather has three divine gifts and graces deserted Scottish hills, in spite of the soil, rainfall and wind.

Among magic plants dominates the cult of garlic, with more than three thousand years, and has the widest distribution in both the European and Asian regions. Garlic was placed on the cradle and the door of the house for protection against vampires, witches and other evil spirits. The same goals had mint, nightshade, marjoram, rue, nard (in England it was known as the best defense against the wiles of the Elves).

Basil – considered an amulet of virgins in Malta, and in India – grass of Vishnu and Krishna.

Verbena was for the Persians love talisman, like a sprig of cumin, which also saves on the day of madness, and at night, put under the pillow it helped avoid nightmares.

The ancient talisman of love, not once mentioned in the Bible – mandrake root and fruit of this plant – saved from infertility.

Beans in India, from where the cult originated, were suspended on a cord with a miniature image of an elephant; in Europe was worn as a talisman of fertility (the ability to produce offspring) and guardian of male power; in Japan beans – an amulet of sailors.

Blossoming branch of hawthorn in Greece served as an amulet of brides; in ancient Rome from it wove wreaths – Charm for cradle; its spikes scared evil. In many European countries hawthorn – a traditional talisman against lightning, bad weather, nightmares, as well as a talisman of fishermen, to ensure a great catch (because of the similarity of thorns with fishhooks).

From South America to Europe came the cult of chilli peppers, which protects against the evil eye.

Laurus in the Mediterranean was considered an amulet against lightning strikes and the mascot of longevity; in Europe, laurel tree in the house protects from evil spirits.

Throughout the Arab East plant, capable to drive away the Shaitan, consider henna: henna on the hands and feet of brides and women serves as protective force. 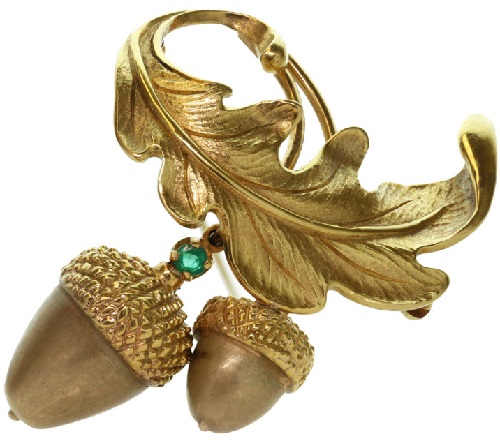 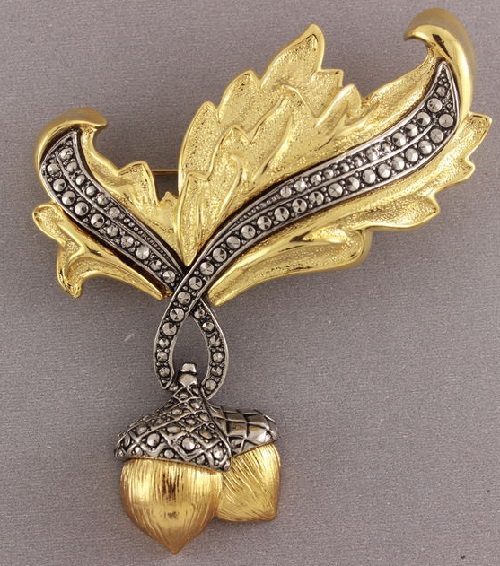 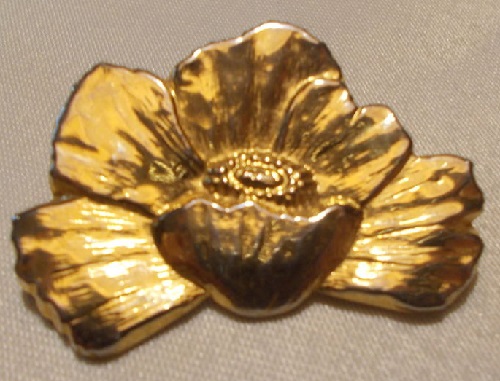 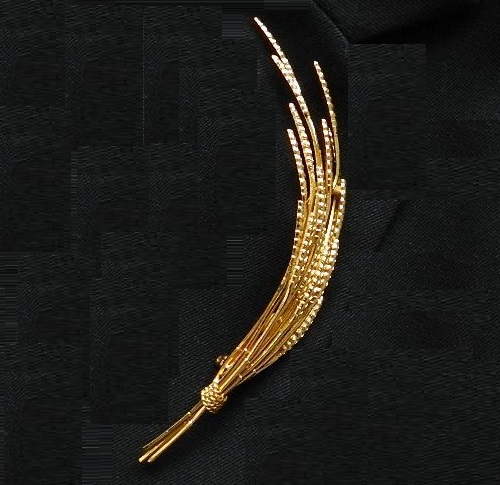 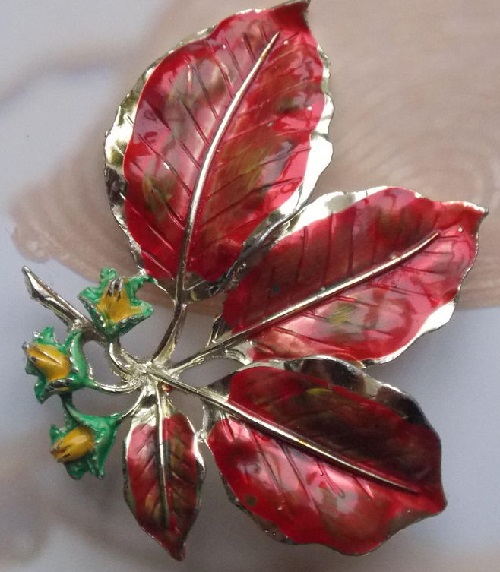 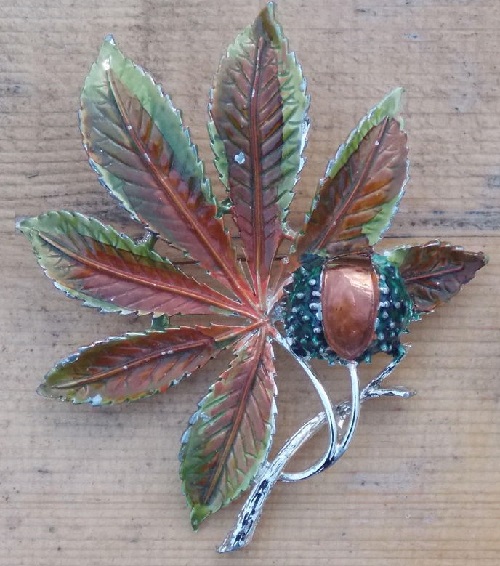 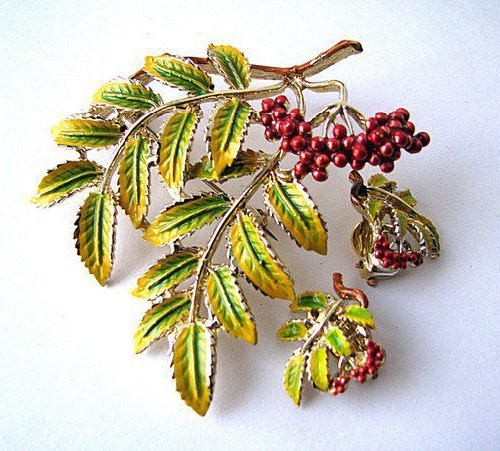 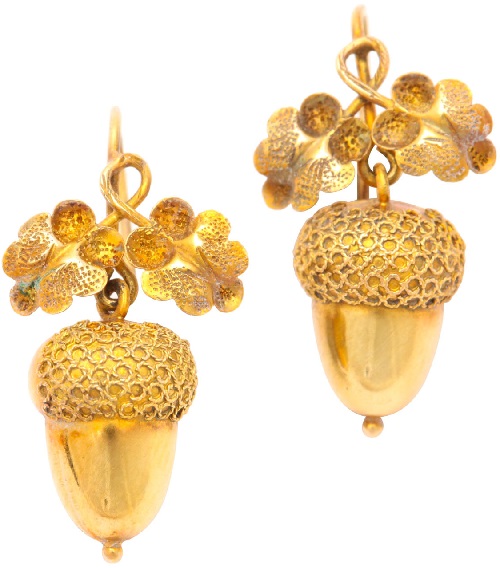 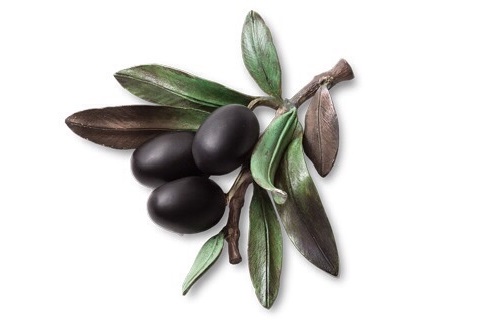 Black Olive brooch from the series ‘Nature’s Jewels’ by Hemmerle 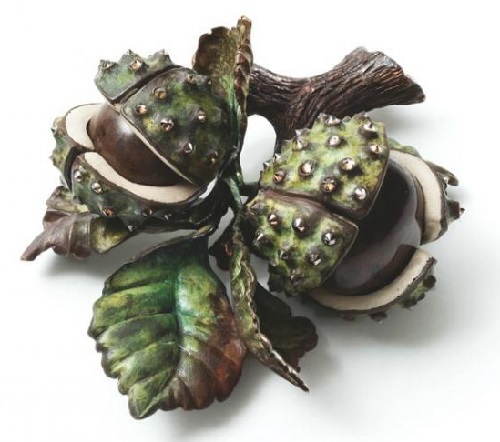 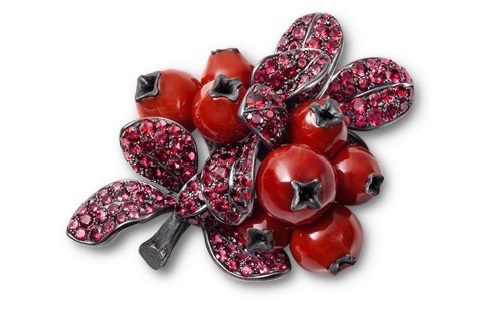 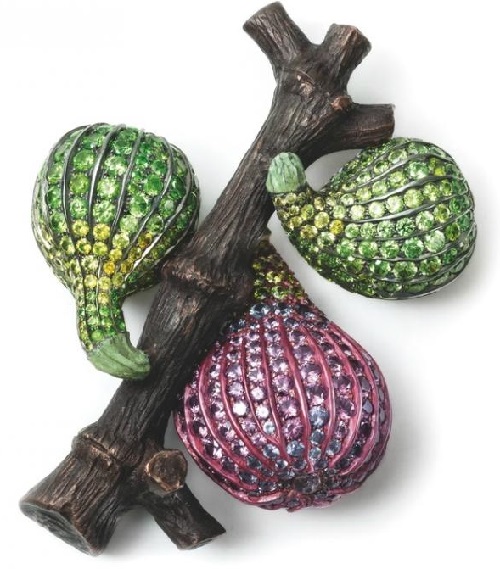 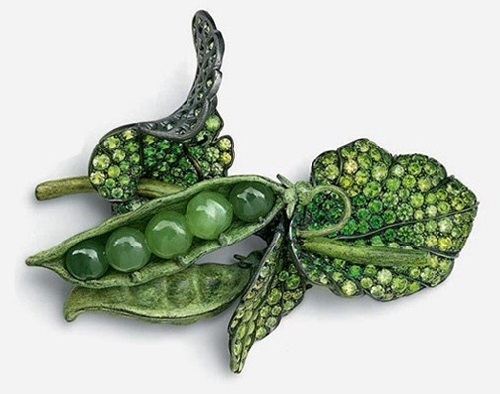 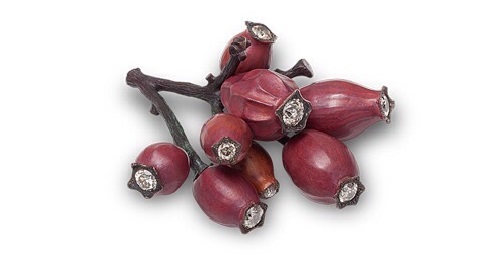 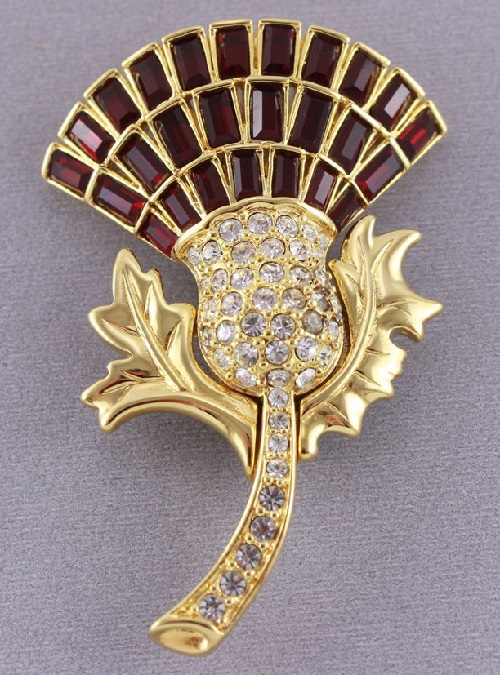 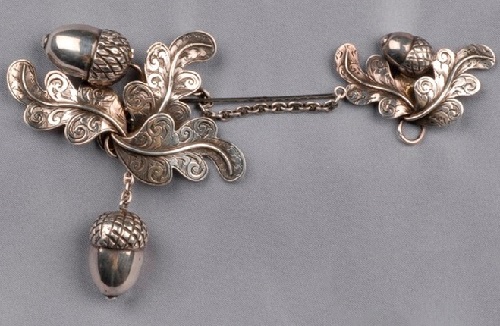 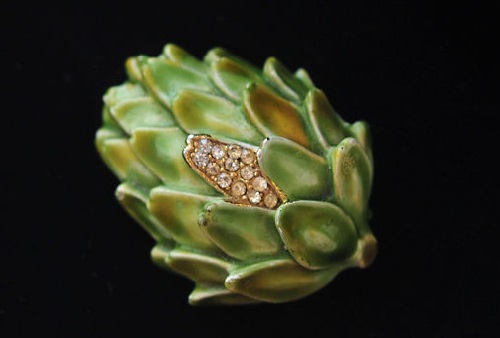 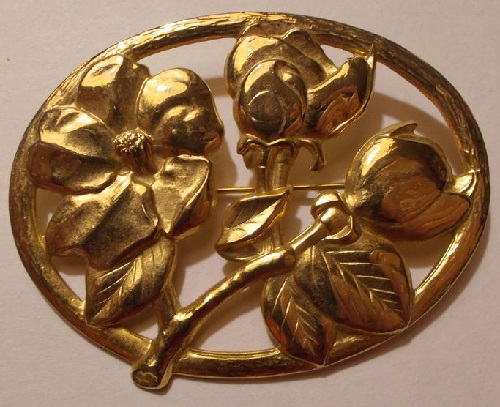 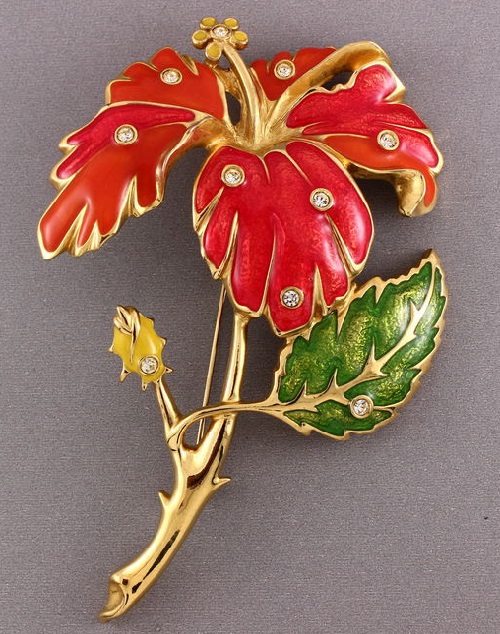 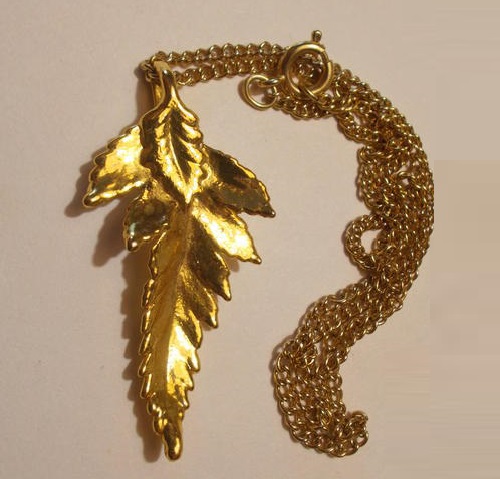 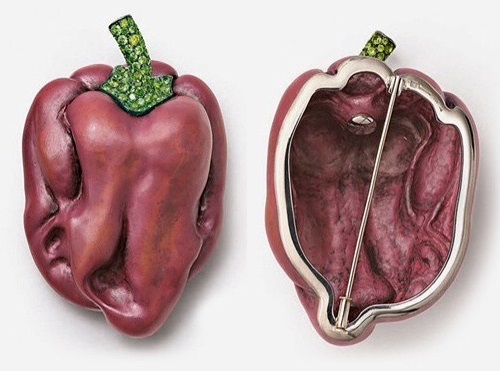 Red Pepper brooch by Hemmerle from the series ‘Delicious Jewels’ 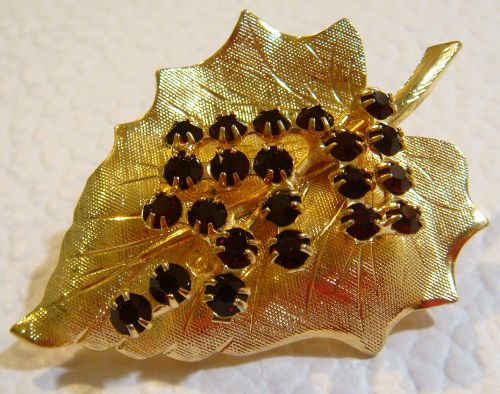 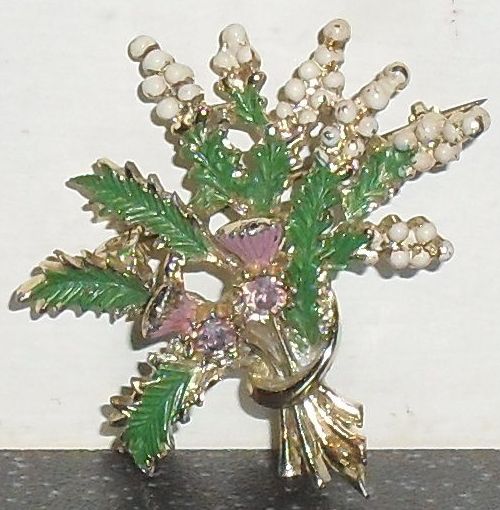 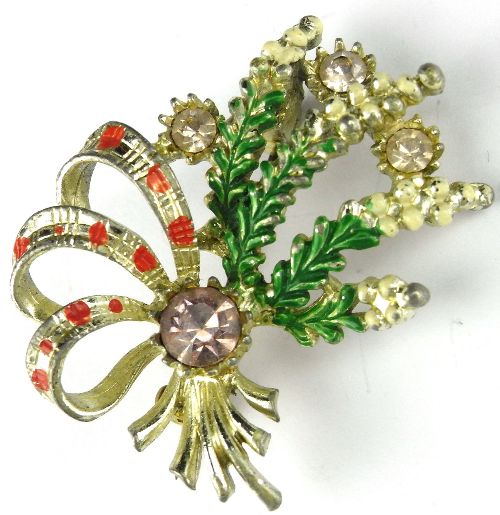