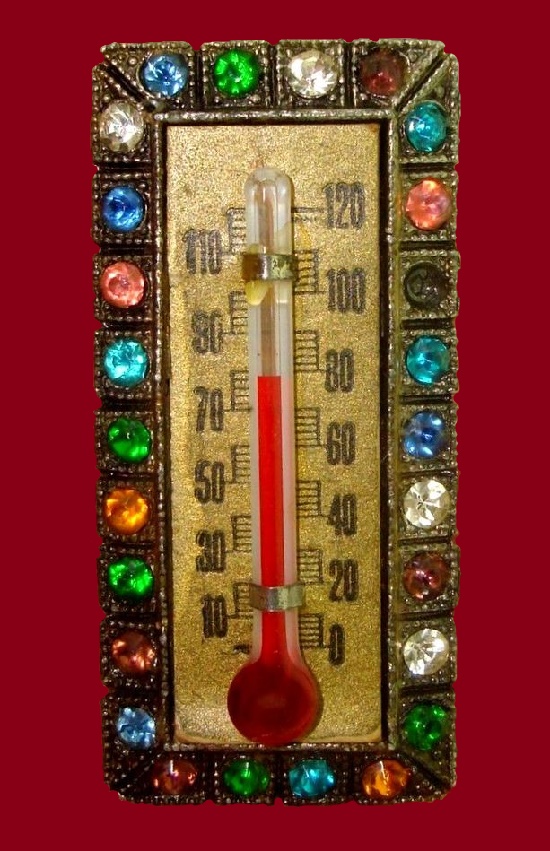 Little Nemo vintage costume jewelry
American jewelry company Brier MFG Co, better known as Little Nemo, produced jewelry from 1913 to 1978 in Providence, RI. The Brier family immigrated to the United States from Austria in 1900, and Samuel Brier started a tiny jewelry company in Providence. His brother Benjamin, who had worked as a solderer in several jewelry shops, came to work for him.
According to a Fortune article in 1936, Samuel Magid of Boston had gone into the wholesale jewelry business in 1907 after a short career as a novelty-jewelry salesman. Then in 1913 Mr. Magid married Rose Brier, and formed the Brier Manufacturing Co. to make jewelry for his wholesale trade with Benjamin, Charles, and Harry Brier, buying out Samuel Brier.
Benjamin Brier was president of the New England Manufacturing Jewelers and Silversmiths Association in 1942-1943. He retired from the jewelry business in 1972 and died in 1986. His son, Milton, became president of Brier Manufacturing after Benjamin retired. The company ceased operations in 1978.
Most of the jewelry was sold only with paper tags, but some decorations included marks “Little Nemo”, L/N, LN, and LN/25. 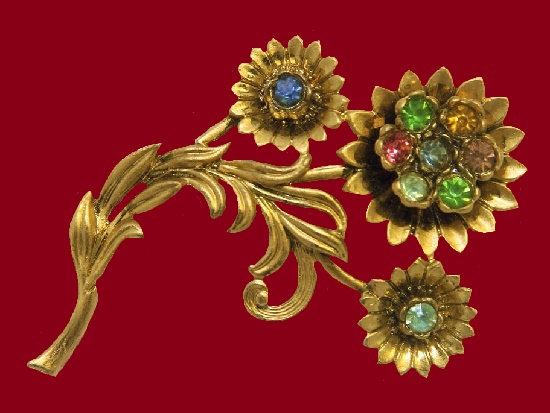 Little Nemo was a very successful company, due to the quality stones (imported from around the world) and detailed “old world” designs. Besides, it was the second largest costume jewelry company in the world, just behind legendary Coro. Noteworthy, the company made custom jewelry for Helena Rubenstein, Revlon and Walt Disney. 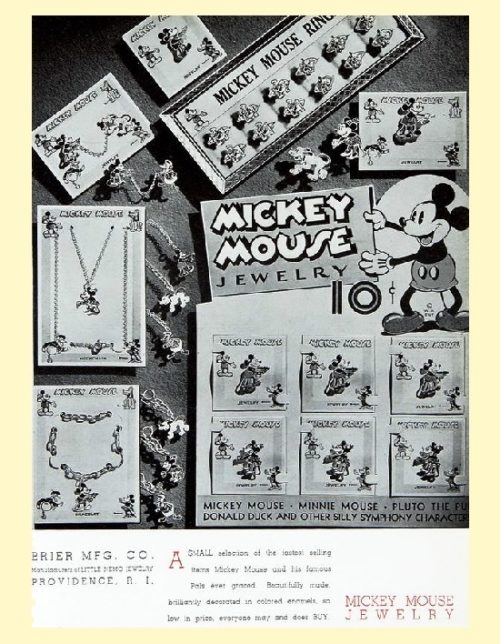 The Walt Disney company gave license to produce jewelry to Coro and Brier mfg co in 1935. The company produced jewelry in the form of rings, buttons, bracelets with charms and brooches on original cards. Traditionally, made of plastics, alloys, and enamel, these items were featured in advertisements for the 1938 Brier Jewelry Company (Mickey Mouse and Snow White and the Seven Dwarfs).
Also, the Brier company in 1938 released decorations for Walt Disney’s full-screen cartoon “Snow White and the Seven Dwarfs”. Sold on cards, these pieces contained information about the name of the film and the character. 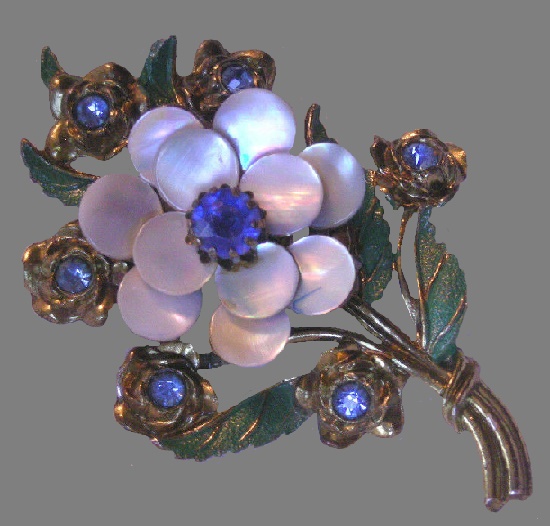 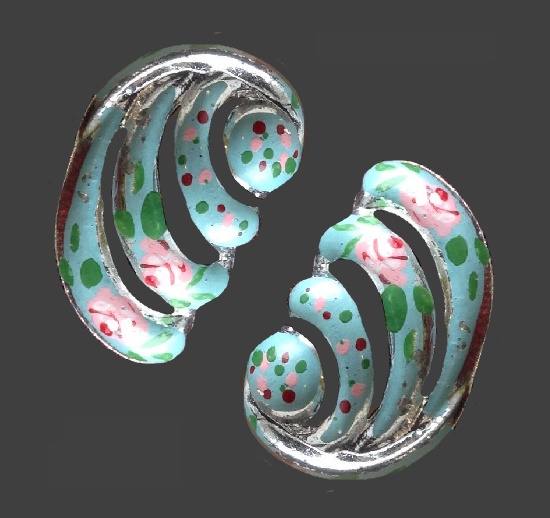 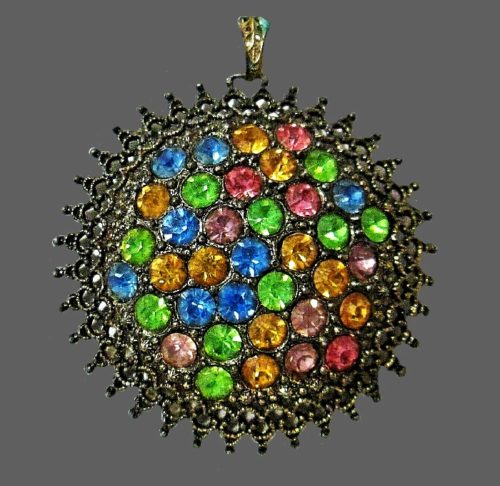 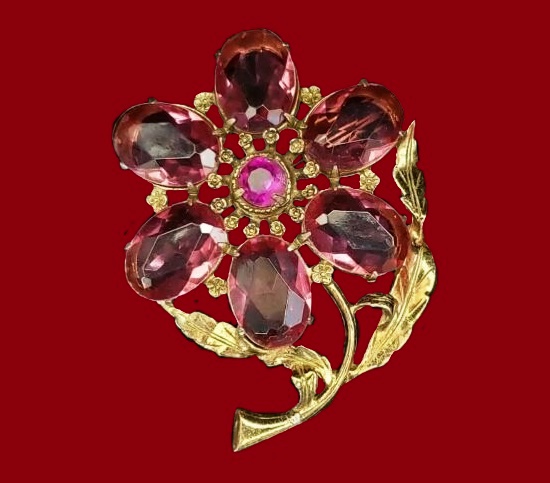 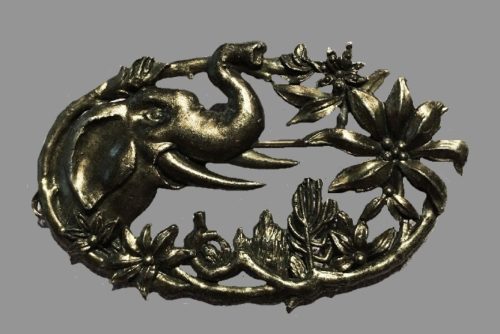 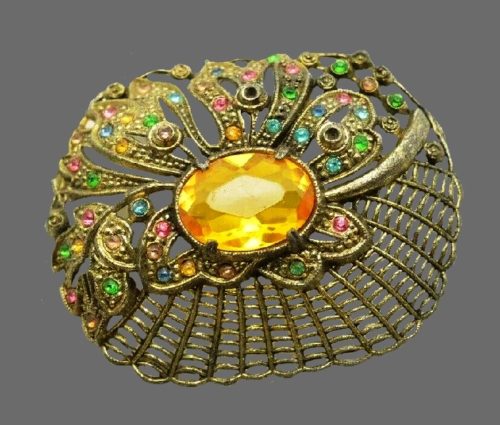 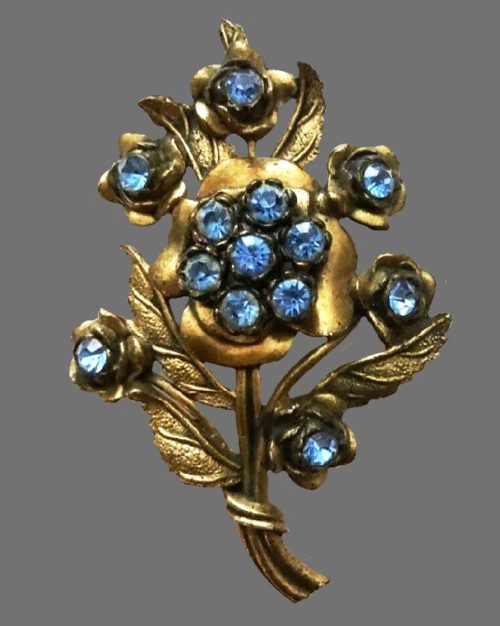 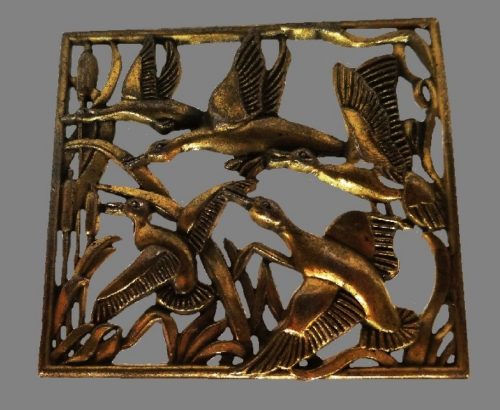 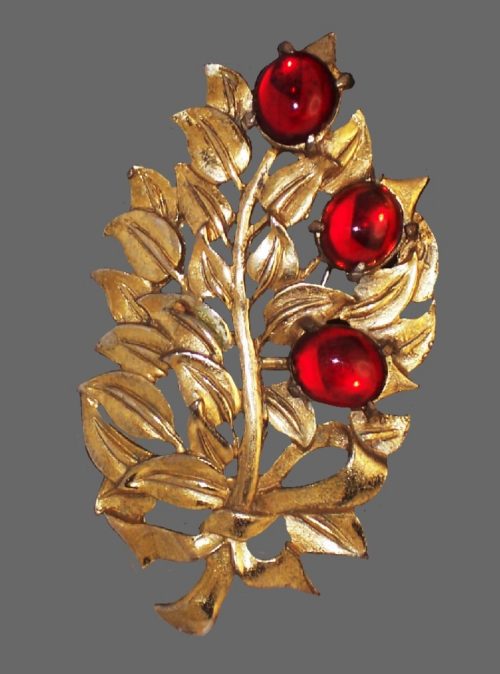 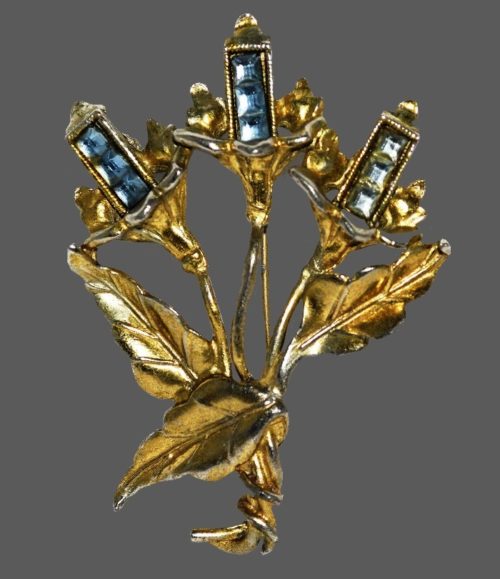 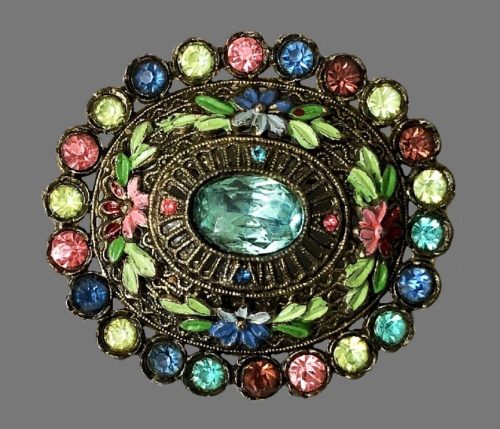 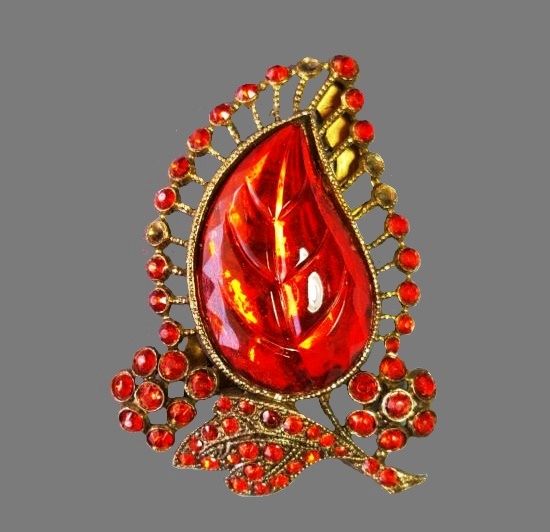 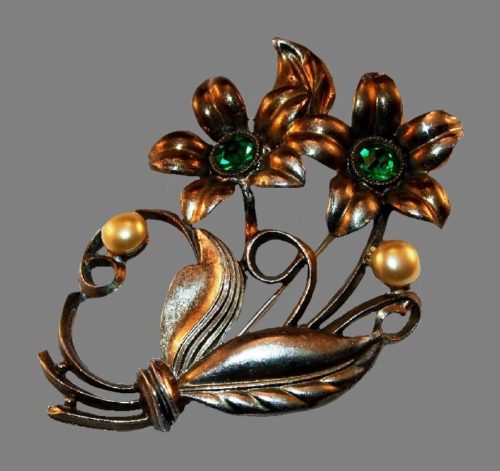 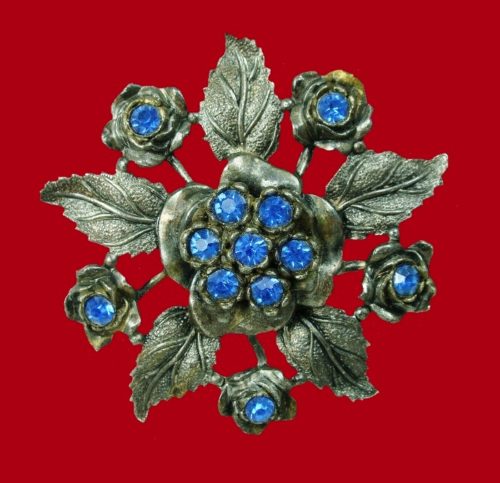 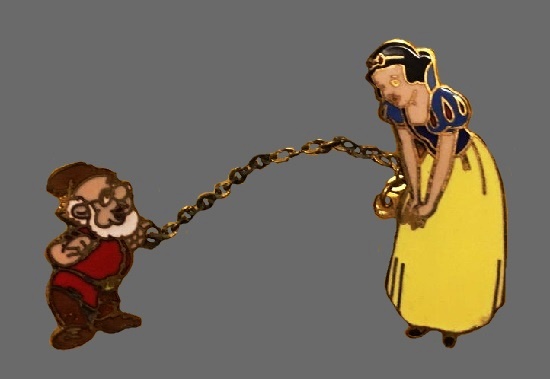 Chatelain pin for sweater from the series ‘Snow White’ 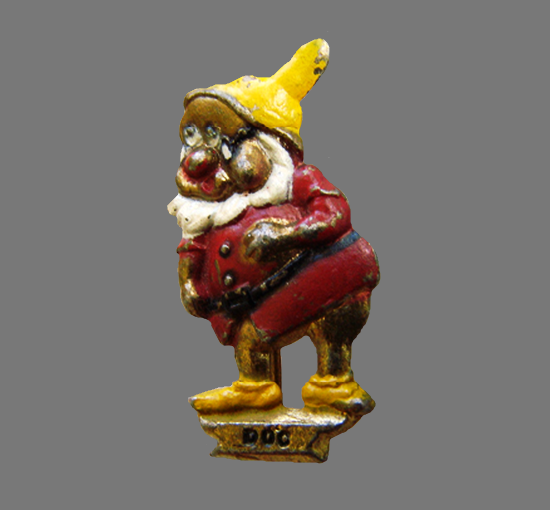 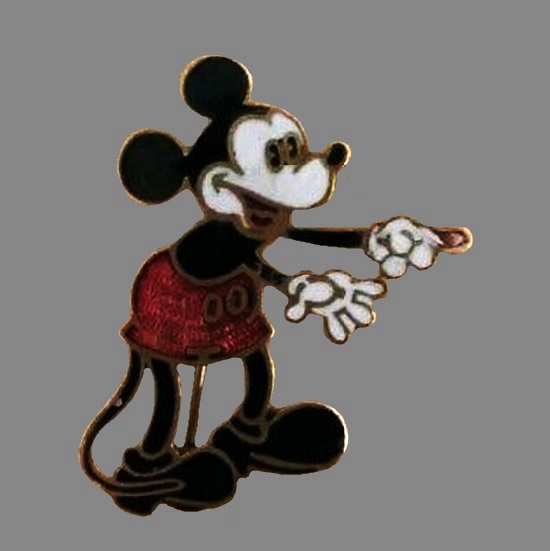 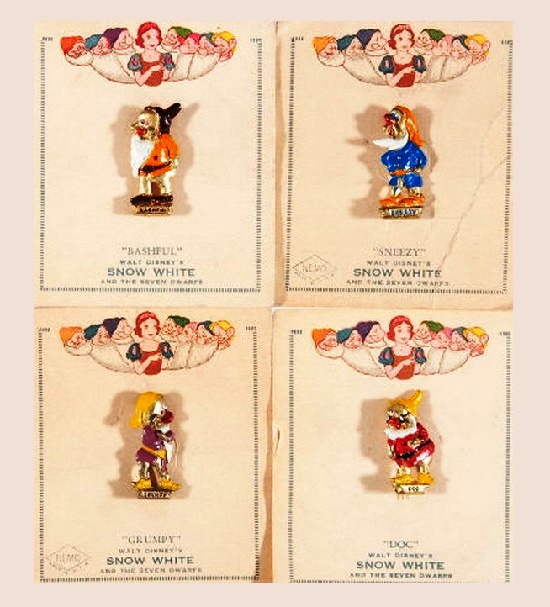 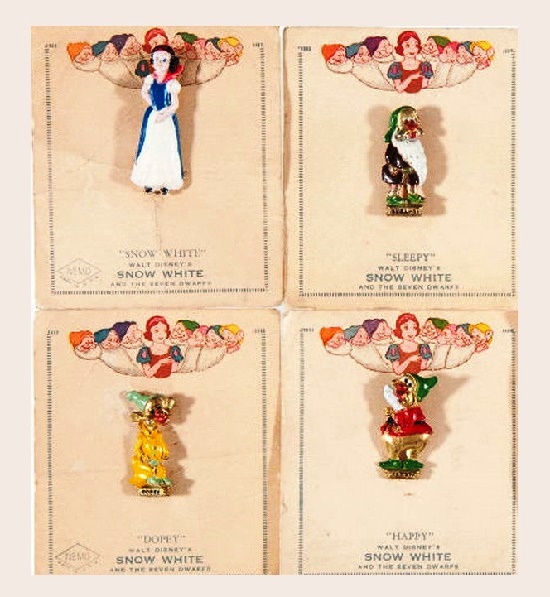 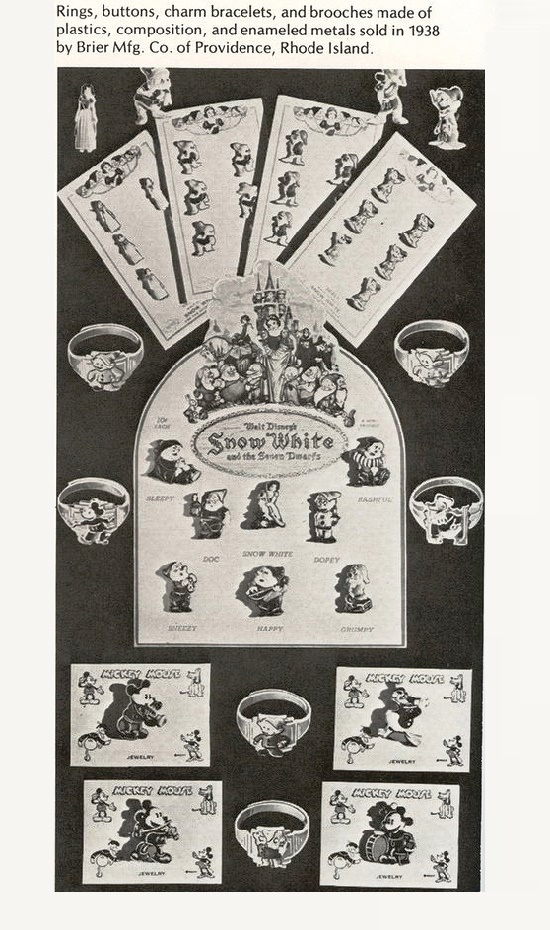