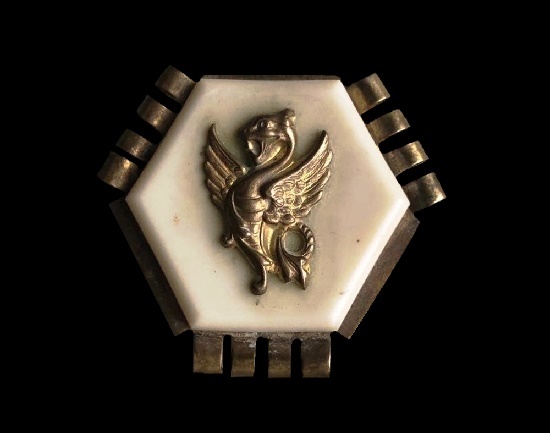 Jean Painleve vintage costume jewelry
French scientist, son of the Prime Minister of France, Parisian anarchist and founder of scientific documentary films, Jean Painlevé (1902-1989) was also a jewelry designer. As they say, a talented person is talented in everything. Founder of the Institute for Scientific Cinema (1930), after the Second World War he became President of the French Federation of Film Clubs.
Noteworthy, during 1930-40s he became interested in jewelry design and even launched a series of jewelry. Made with exquisite design and high quality workmanship, his wearable art pieces were sold in expensive boutiques and department stores. And in 1936, together with his partner Geneviève Hamon, he opened his own jewelry boutique at rue de Braque in Paris.
He viewed nature as an eternal poetry, and the greatest inspiration for his creativity. Fascinated by marine life, he directed such films as Killers in Freshwater (1947), Sea Ballerinas (1956), and The Love Life of an Octopus (1967). Accordingly, the design of his jewelry often includes sea creatures, and most often it is a seahorse. Even more, he often marked his jewelry pieces with “JHP” (Jean Hippocampe Painlevé), and hippocampe means seahorse. According to belief, his jewelry was the first ever example of film merchandising. Traditionally, the craftsman used brass and galalith of various colors. Painlevé vintage jewelry is hard to find and highly collectible. 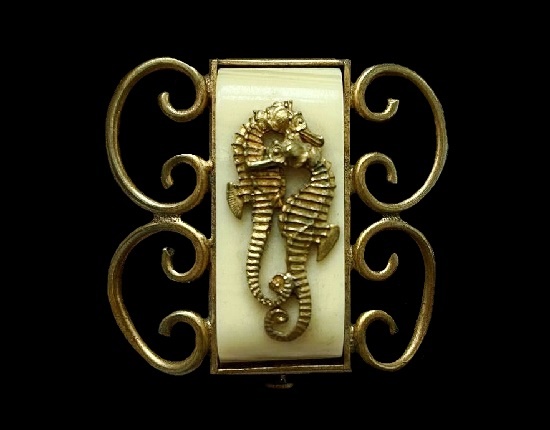 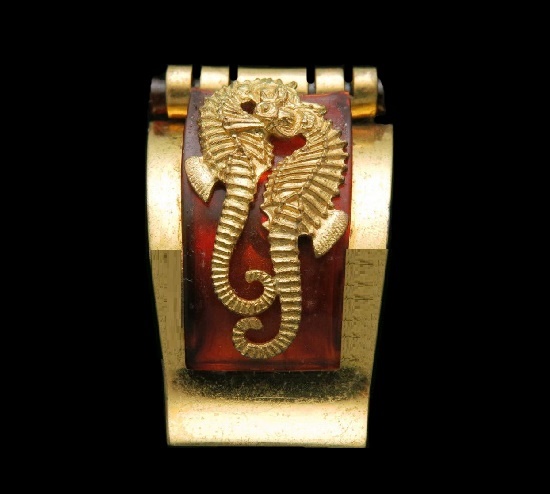 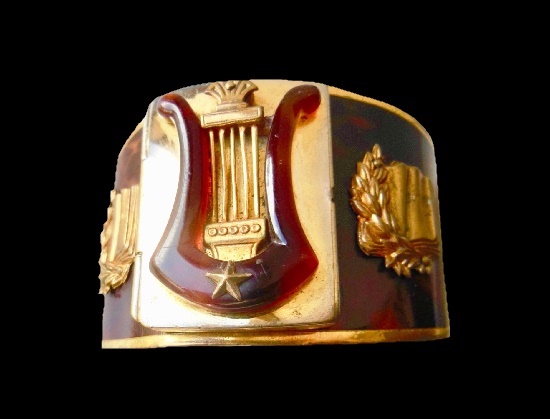 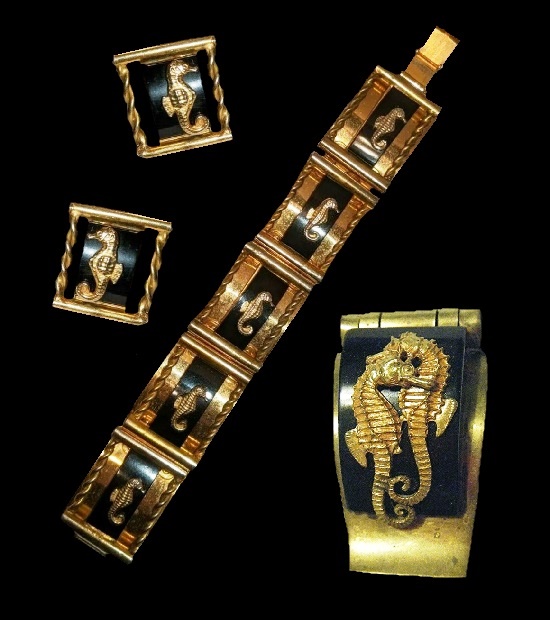 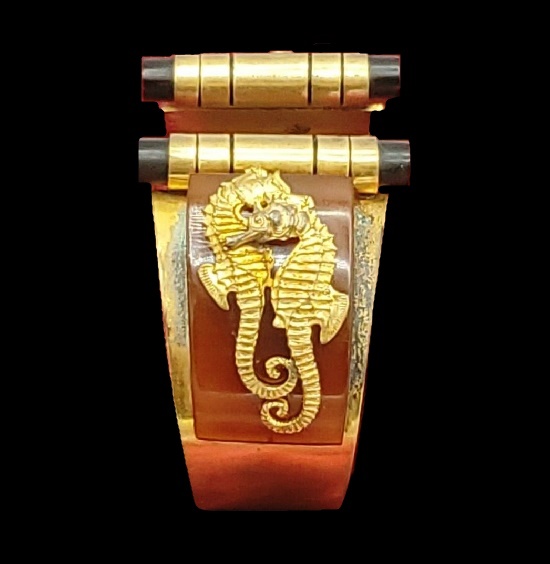 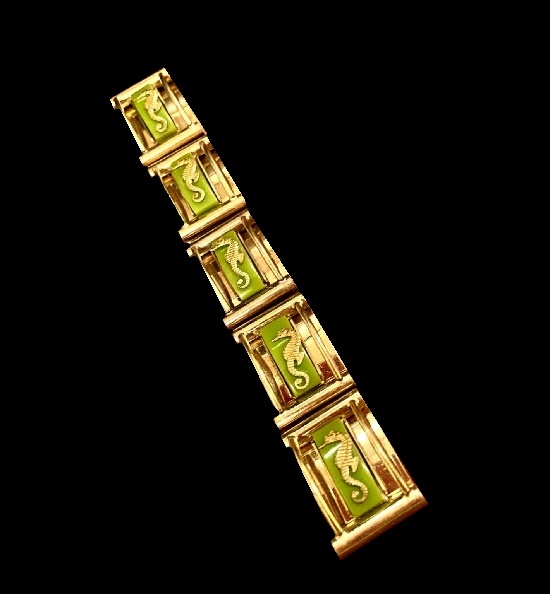 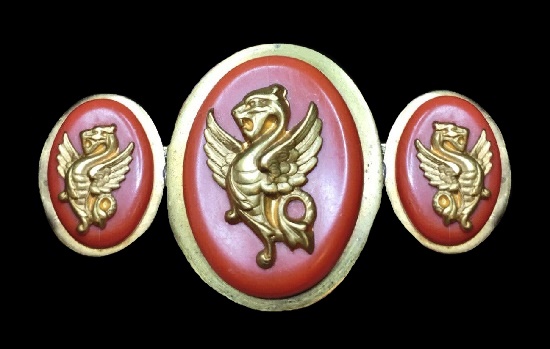 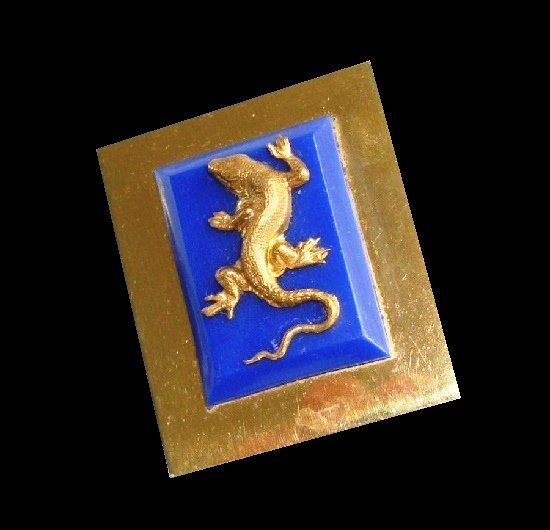 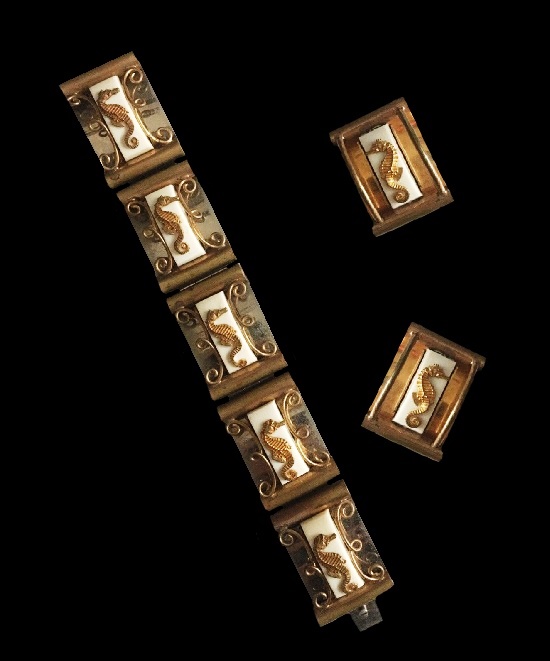 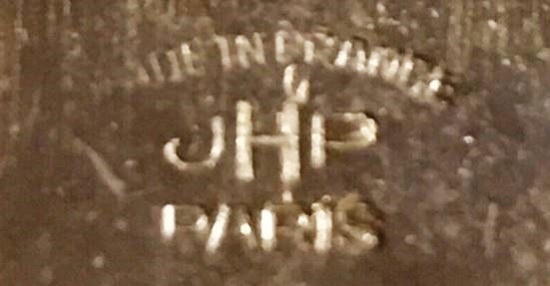