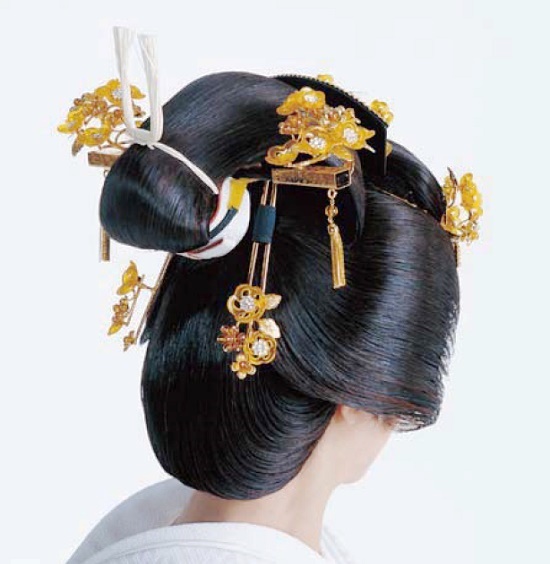 Everything in Japan has a deep meaning, even women’s jewelry. As the seasons change, human life flows, so do amazing kanzashi decorations. And each of them is not only a work of art, but also a part of female beauty, and a moment of her life.
Traditionally, Japanese women were not allowed jewelry on their hands or necklaces around their necks. Accordingly, the main decoration for more than 400 years has become her hair ornaments. Also, hair decorations were the main way of self-expression and demonstration of wealth and status. Real works of art, hair ornaments “kanzashi” with their variety in purpose and performance have a separate dictionary with descriptions.
A very special kind of jewelry that changes throughout the year is seasonal hana-kanzashi jewelry with garlands of flowers.
Noteworthy, each of the 28 seasons of the Japanese calendar has its own flower! Of course, only the master of high-class can make such decorations using special varieties of silk. 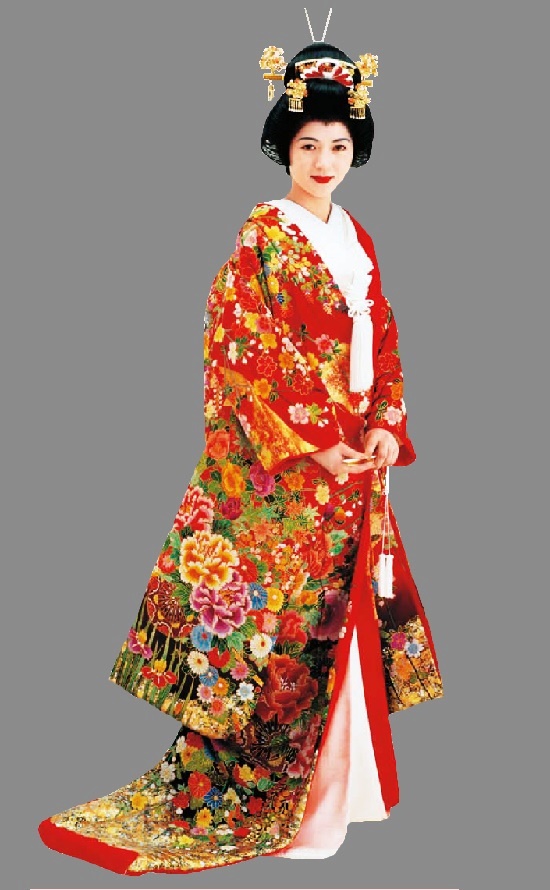 In fact, hair ornaments became the main way of self-expression and demonstration of wealth and status

The main motive in January is shotikubay (pine, bamboo, plum).

In the beginning of February – a plum blossom, a tulip and butterflies, and in the end – daffodils.

April is the month of flowering of sakura and hanami (feast of admiring the flowers of cherry). In addition to kanzashi cherry flowers, women decorate their hair with a silver or gold butterfly and a tiny flashlight-bomb, the symbol of a soon summer.

In May – wisteria and irises, as well as a small silver butterfly.

June in Japan is a rainy month and weeping willow (a symbol of a geisha), carnation and hydrangea suit it.

In July, the fashion for kanzashi changes every year, only dragonflies and tsuyu-siba (raindrops on the grass) are constant in the hairstyle.

The motives of August are asagao (ipomoea) and susuki. Young maiko wear pink kanzashi susuki, and older ones wear white.

Autumn leaf fall – November motive. Most often it happens to be maple leaves, since in November the “celebration of maple leaves” – kambukai takes place. 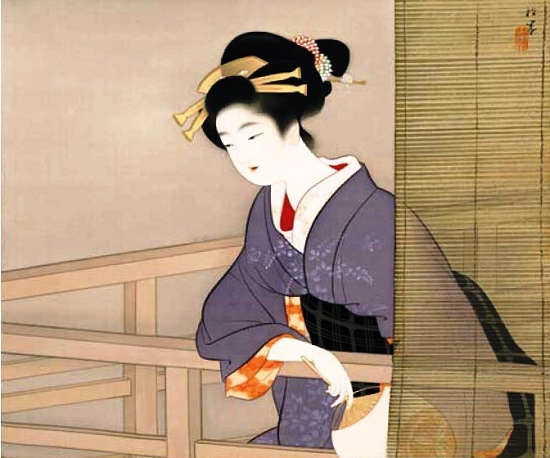 ‘Kyo Bizin no Dzu’ (Beauties of Kyoto), artist Uemura Shoen, circa 1932-1935. A woman’s hair decorations speaks eloquently about the change of seasons

In the New Year, maiko and geisha wear special decorations – kanzashi with rice spikelets and a pigeon without eyes. At the same time, maiko have the ornament on the right and the geisha on the left. They paint only one eye of a pigeon, making a secret wish, and the second eye should be painted over by the guest whose wish came true last year.

A symbol of the imperial house – Chrysanthemums, white or red 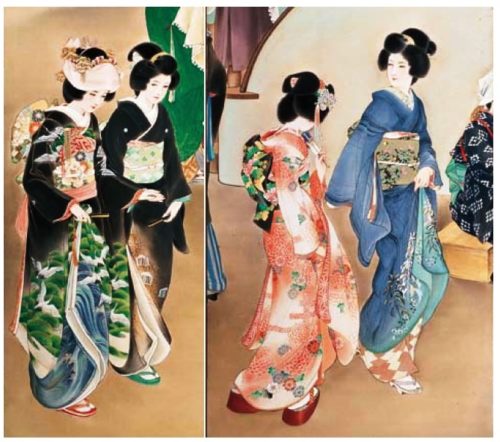 Aesthetic preferences evolved over the centuries 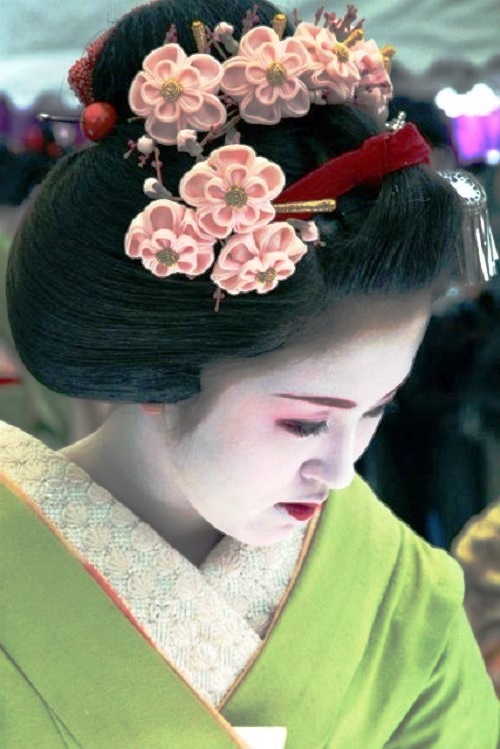 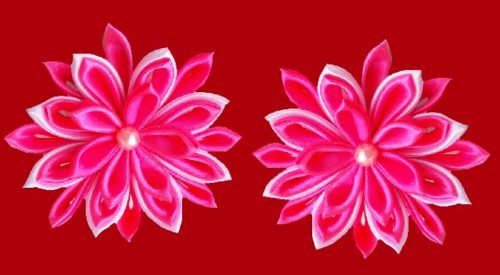 Pink flowers made of silk 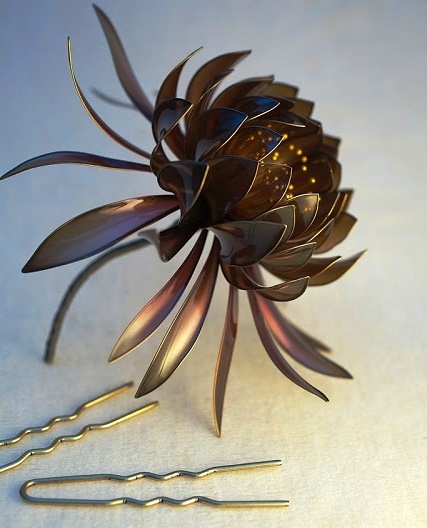 Chrysanthemums – a symbol of the imperial house. Red and white chrysanthemums are suitable for kanzashi. Art by Sakae 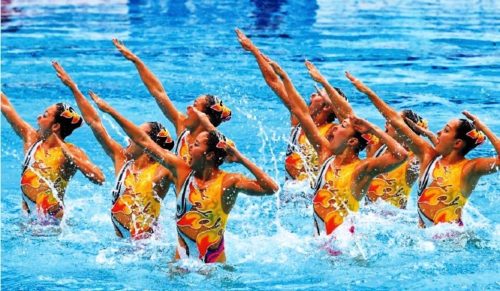 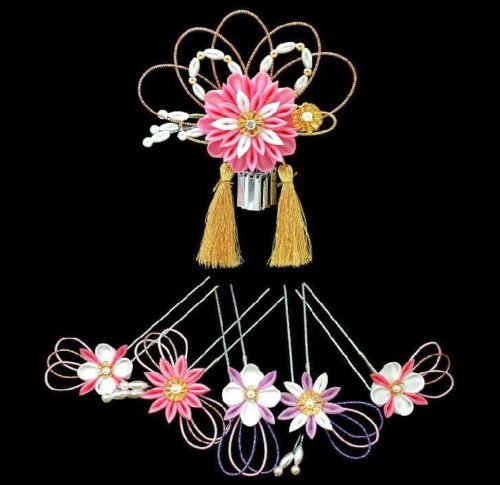 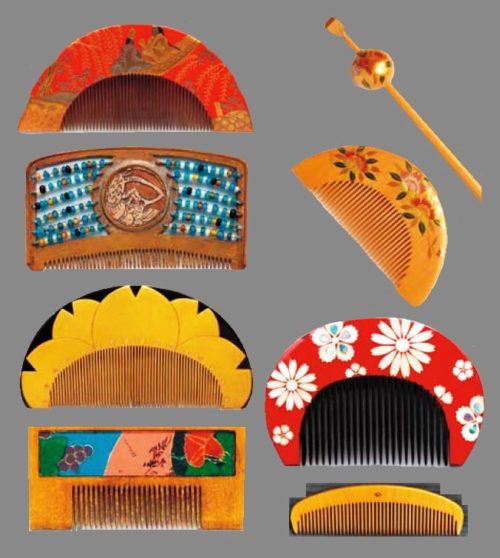 In fact, comb has always served both practical and decorative purposes 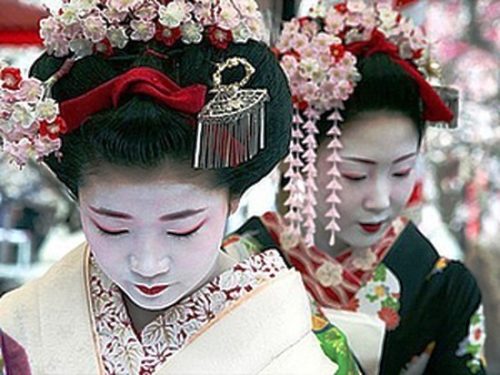 In May – wisteria and irises, as well as a small silver butterfly 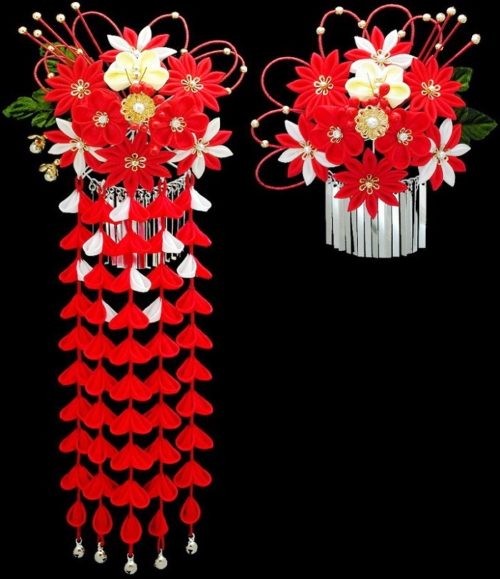 Weeping willow (a symbol of geisha), cloves and hydrangea suits in June 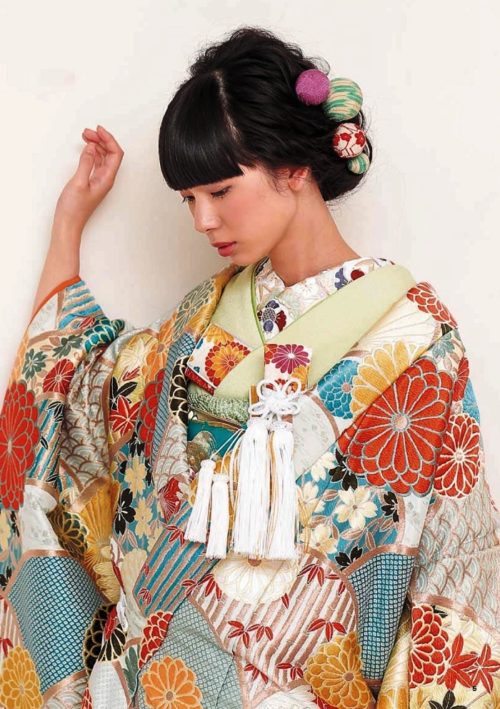 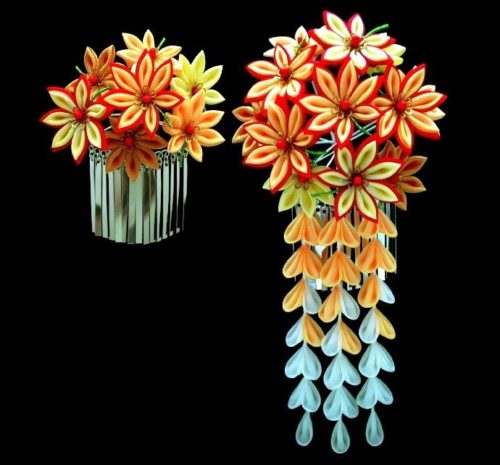 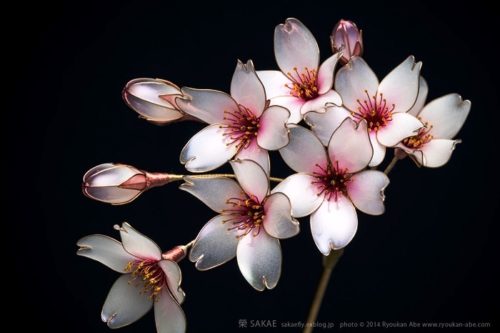 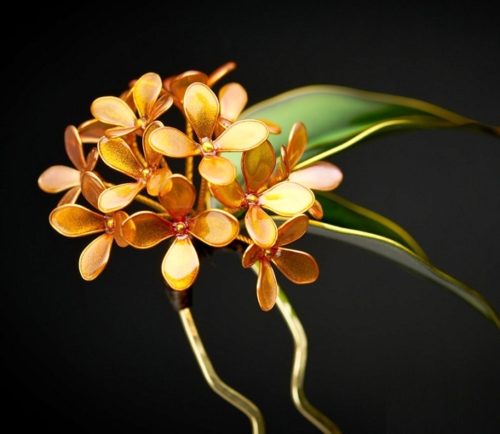 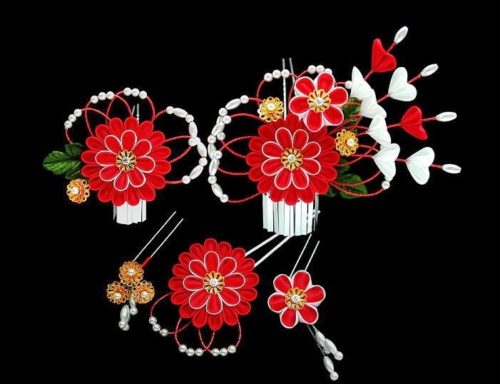