Eternally Fashionable Precious choker
In theory, collar is a decoration that fits tightly around your neck, while the choker located at its very base. Nevertheless, now these concepts have merged and became applied to both options.
At different times velvet choker was so popular that it inspired artists and writers to create their portraits and write novels. But, perhaps, Alexander Dumas-father went further than all of the writers. In particular, in his mystical “Woman with a choker on the Neck”. Thus, an important element of the story was a choker with diamond, hiding a scar from the guillotine around the neck of the main character: “When velvet, holding her executed head, unbuttoned, the head slid from the bed to the floor and stopped at the feet of Hoffmann “…
So, if the collars in general existed since ancient times, then velvet choker in particular appeared in the 18th century. It should shade the whiteness of the powdered beyond measure skin of a beauty. Part of choker – precious bow-sklavazh, made of gold, silver and encrusted with spinel and diamonds. Diamond Fund of the Moscow Kremlin

Ladies wore velvet chokers without decoration, or decorated with lace, pearls and precious stones (according to the fashion of that time). Very often velvet fastened not with the help of a fastener, but ribbons-ties. Accordingly, gentle, flirtatious bow came from behind. 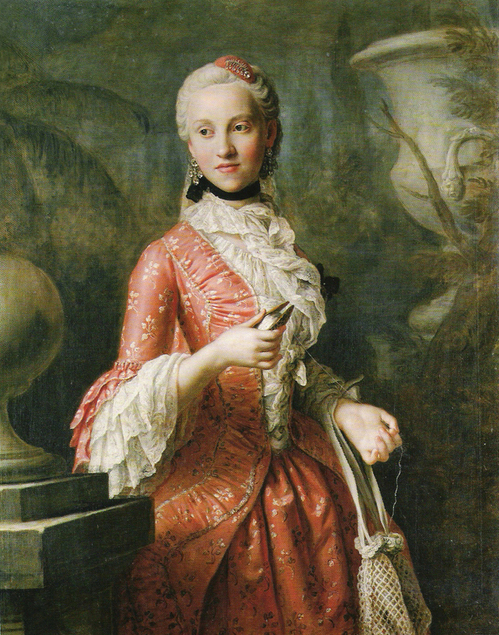 In the era of the Empire, velvet choker became unpopular. But in the days of Biedermeier began to revive. Then the ladies pierced velvet with a brooch in front crosswise. As an example, portrait of Natalia Goncharova, wife of poet Alexander Pushkin by Hau, dated 1844. 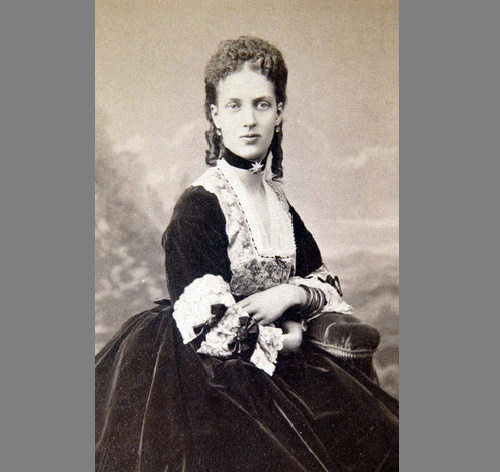 However, the craze for classic velvet in the XIX century began with the wife of the King of Great Britain Edward VII, the elder sister of the Russian Empress Maria Feodorovna, Alexandra. Already in the first official photo as the future wife of the heir to the English throne, made in 1862, Alix is in choker with a star in the center. 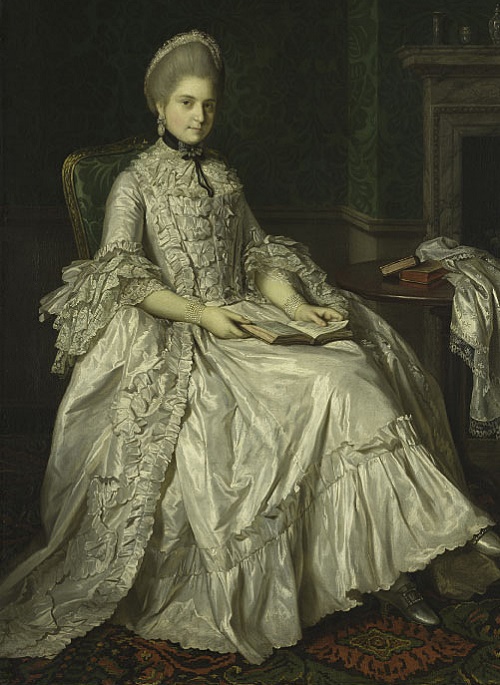 Meanwhile, choker became an indispensable attribute of the jewellery box of the second half of the 19th century and lasted until the First World War. During the Victorian and the Edwardian epoch fashionistas appreciated these wonders of jewelry art – classic black velvet choker with diamonds. Tapes in them are not only velvet, but also of other materials.

Noteworthy, the most outstanding master of this genre, was of course, Renee Lalique. His jewelry designs of the modern era decorate many museums around the world. 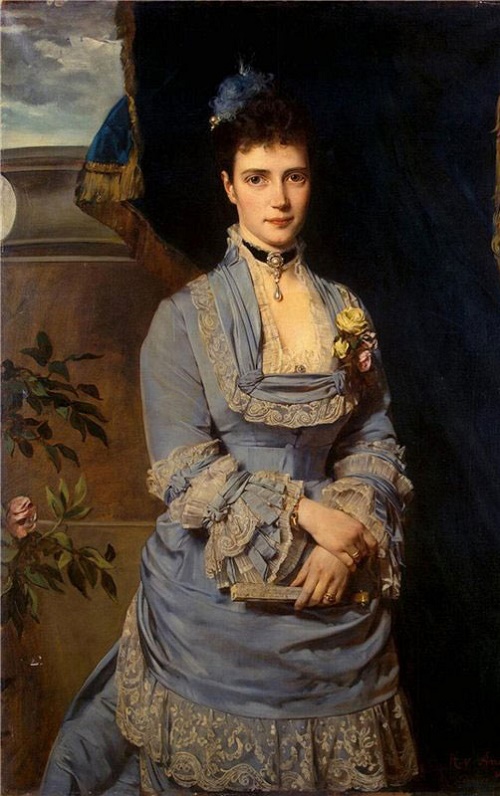 Also, in the “golden age” of Hollywood stylists of leading film studios sometimes used them in advertising photo shoots of magnificent Hedi Lamarr, Veronica Lake, and Ava Gardner.
Fortunately, the revival of chokers began in the 1980s. Remembering the royal traditions of the past, collars and other types of chokers became favorite of charming Lady Dee. And she had a variety of them.

So, what are rules of wearing a choker, especially for girls who do not have the proportions of the model? That is, for most of us:

First, it’s worth remembering that velvet, like most chokers, has the ability to shorten the neck. Therefore, girls with short neck it is better to choose in favor of longer jewelry.

Second, for the same reason, you should not combine choker with long earrings. Earrings should be of moderate length, or absent.

Third, choker looks better with a high hairstyle: a haircut or harnessed hair.

Fourth, if the girl is not Naomi Campbell, she should wear choker with a corset.

Fifth, choker – is bright and very self-sufficient decoration. Therefore, if you are not going to a Vienna ball, and if this is not an original author’s idea, you should try not to overload the image with extra decorations and other catchy details of clothing. 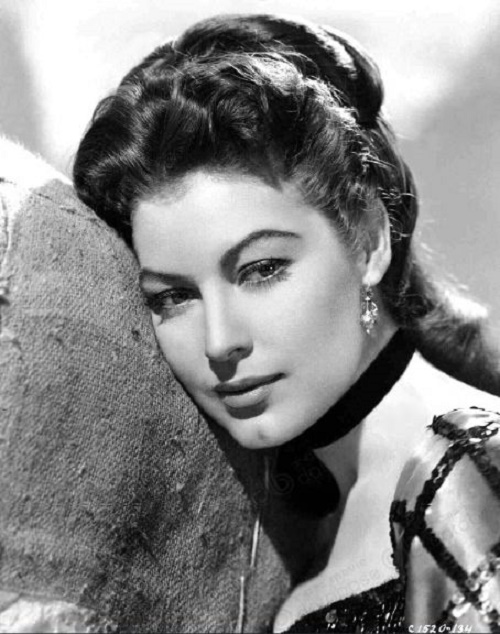 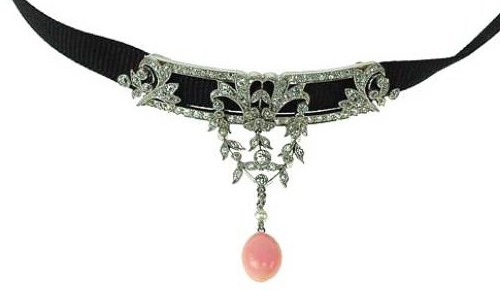 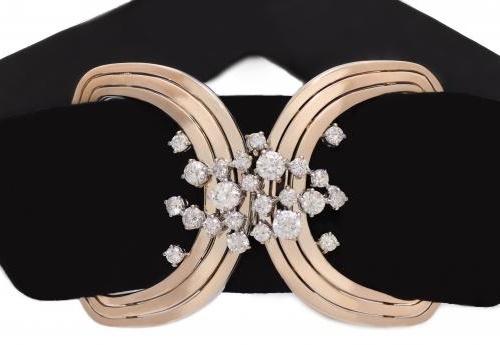 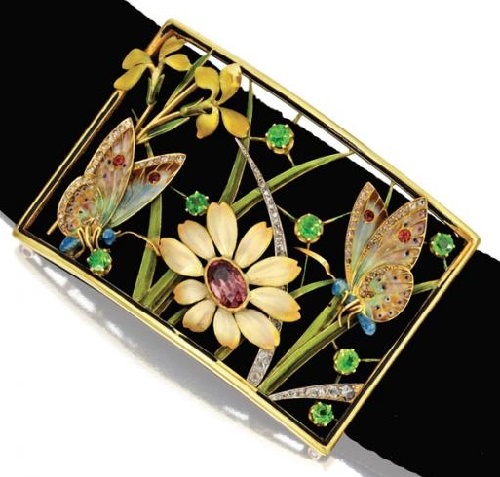 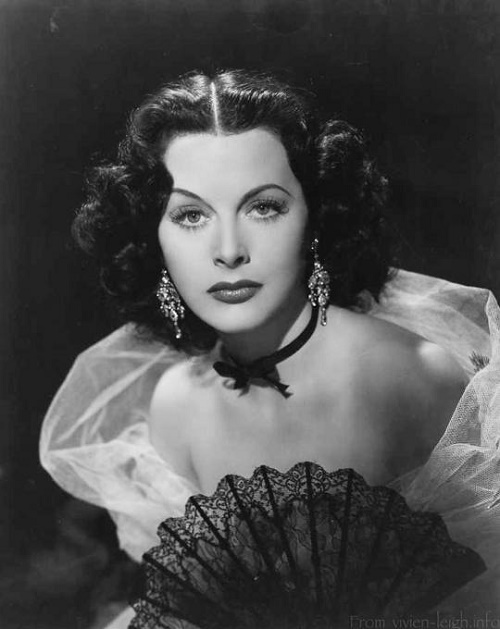 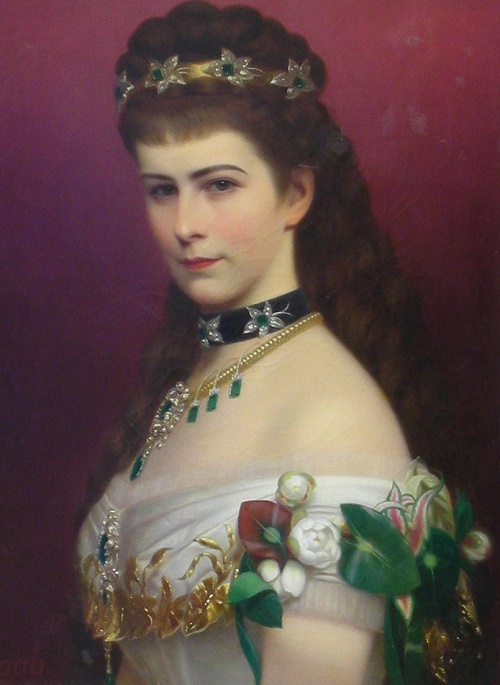 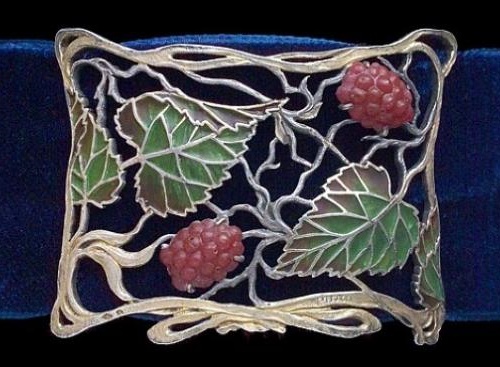 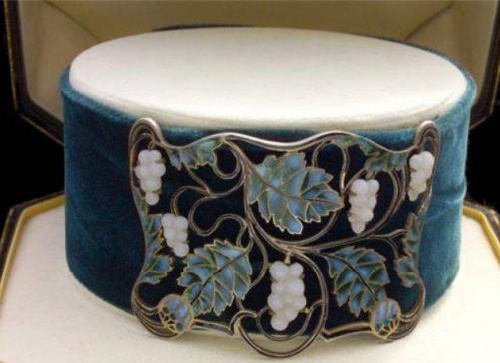 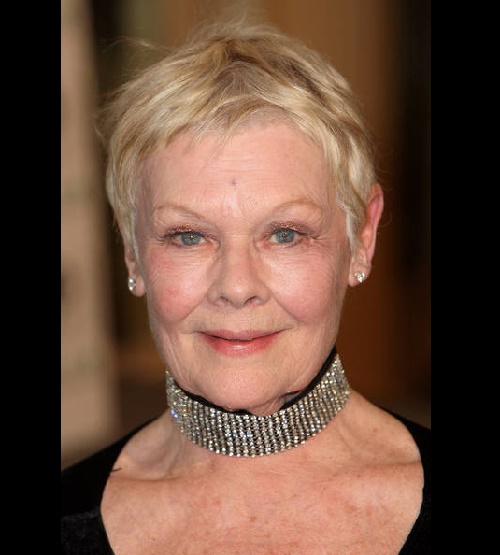 Judy Dench in choker with diamonds 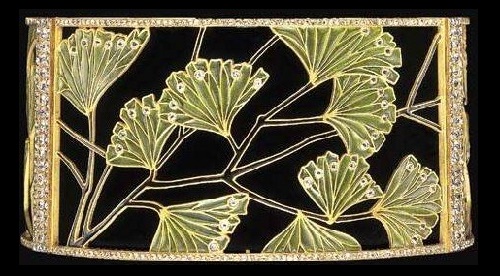 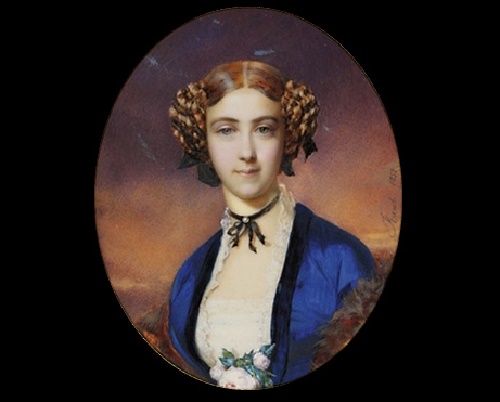 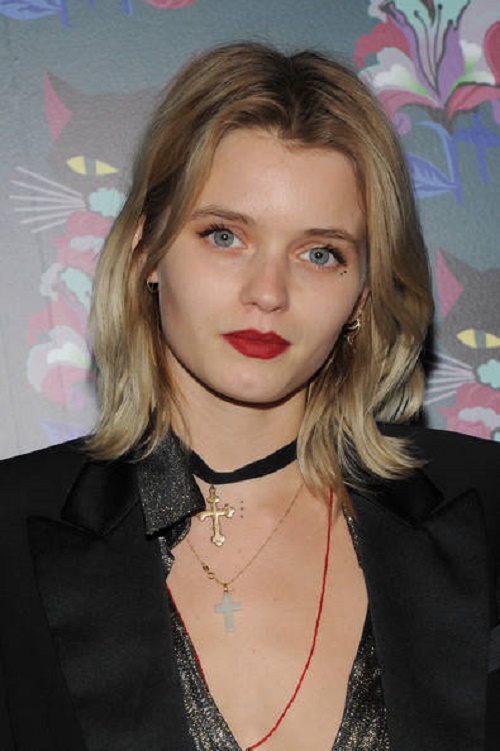 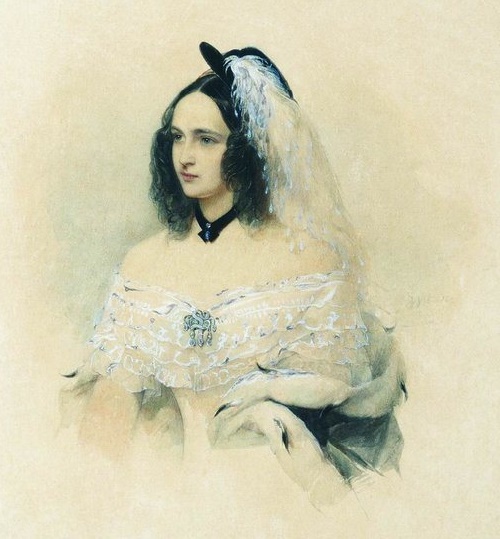 Portrait of Natalia Goncharova by Hau, 1844 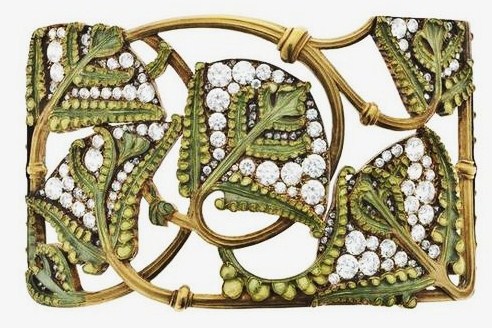 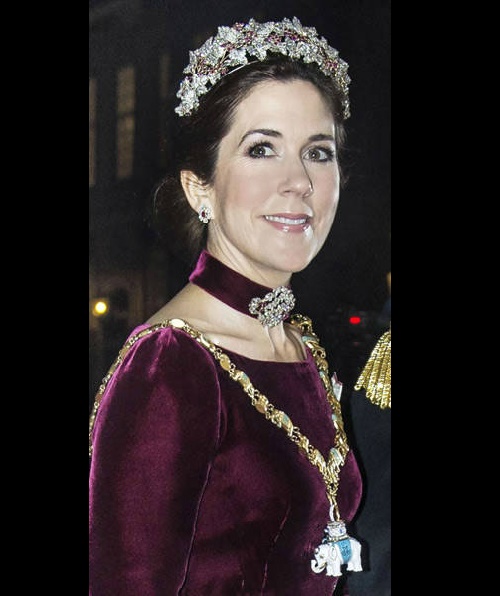 Royal people do not change traditions – the crown princess of Denmark Mary. 2014 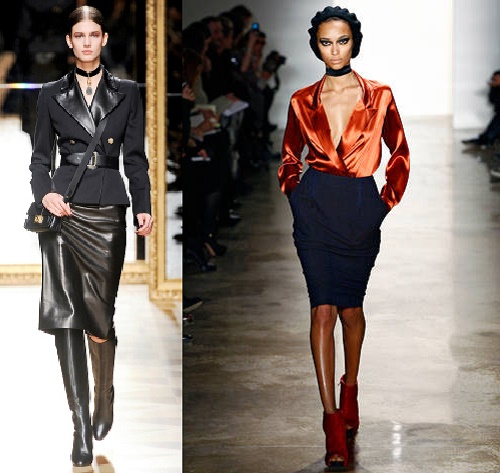 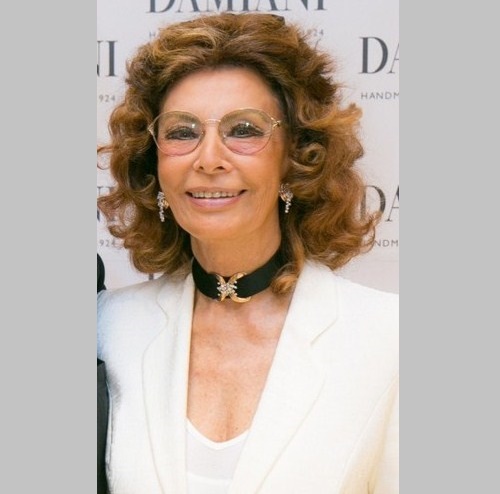 Sophia Loren in choker with an inset of pink gold with diamonds. 2013 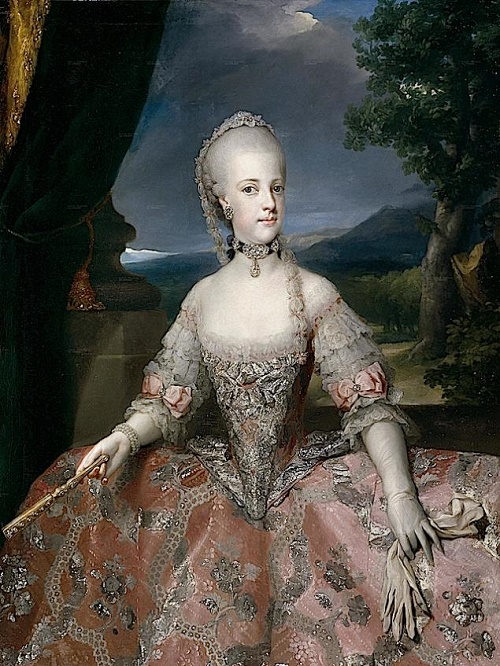