Coppola e Toppo vintage jewellery masterpieces
Originally, talented designers brother and sister Bruno Coppola and Lyda Toppo created the Coppola e Toppo company in the late 1940s in Milan, Italy. Interestingly, they produced their early works under the name of their favorite dog Mickey. Meanwhile, Parisian fashion houses Dior and Balenciaga used the company’s jewelry work in model shows and retail sales. This, of course, ensured the continued success of Coppola e Toppo in the next decade. In addition, the power of attorney received from Elsa Shiaparelli for the production of an artificial coral line called “Bijou Voyagers” made it possible for designers to show high professionalism. And large orders from such Italian couturiers as Gucci and Valentino, allowed to increase the number of works produced by the company under its own brand: “Made in Italy” Coppola e Toppo”. The end of the 1940s, Bruno Coppola and his sister Lyda Toppo founded the Coppola e Toppo company in Milan. In addition to production under their own names, the brother and sister also worked under the brands Dior, Balenciaga and Chiaparelli.

Made for Valentino Necklace with pendant and earrings, blue and transparent Swarovski crystals, framed in gilded metal. 1970 £ 1800-2000

The fame and success of the Coppola e Toppo was sustained by a constantly changing fashion, the export of which was coming from Paris. Accordingly, the company’s designers began using crystals, Murano glass and plastic beads in ornaments. Many collectors prepared to pay huge money for the work of Coppola e Tope. 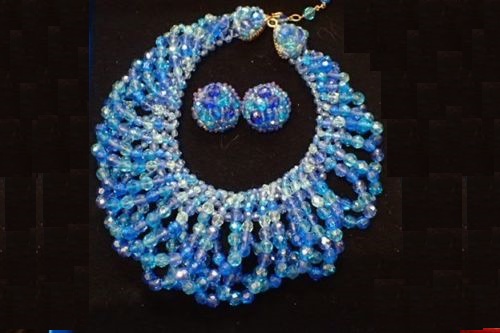 Most of the Coppola e Toppo jewelry works made for Italian and French couturiers can be forgotten, but some jewelry created by the company’s founders deserve the attention of collectors. 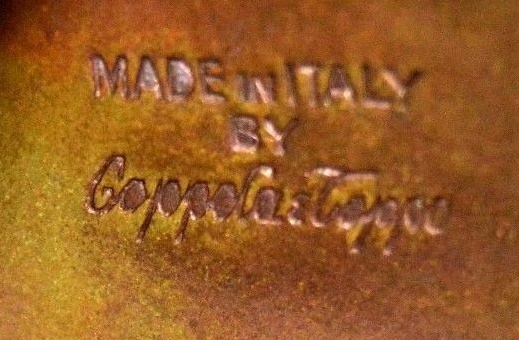 “Coppola e Toppo” produced many ornaments in which used gilded metal, silver, and artificial pearls. However, used them only for contrast in extravagant compositions, in which bright colored beads dominated. It does not matter if it was Venetian glass or plastic, the beads combined in such amazing combinations that they acquired the brilliance and spirit of the late 1950s and 1960s and the Dolce Vita style. 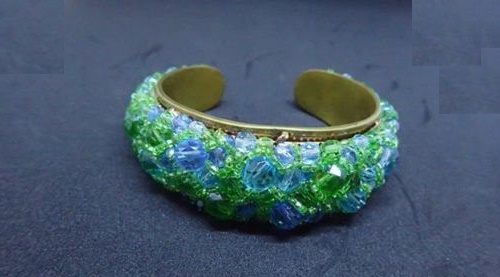 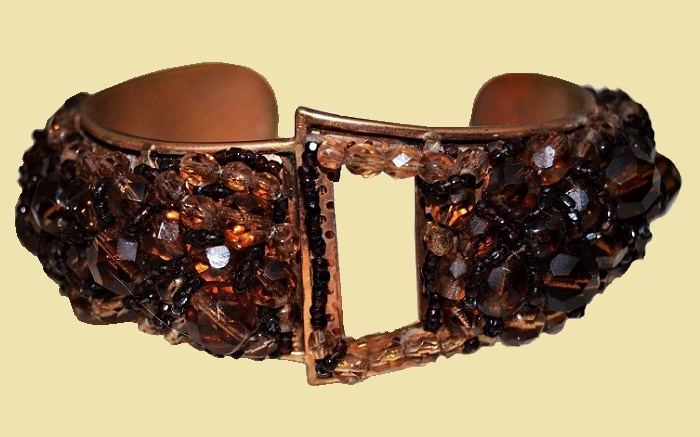 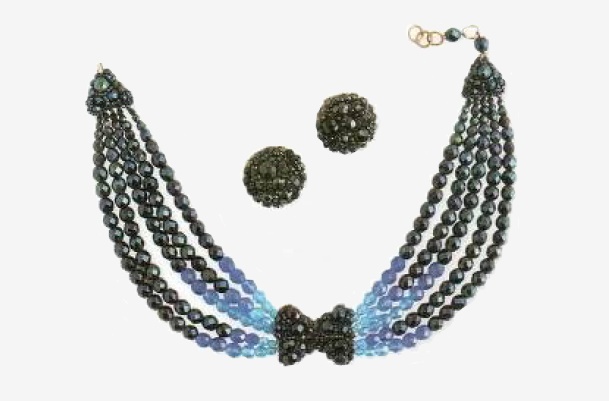 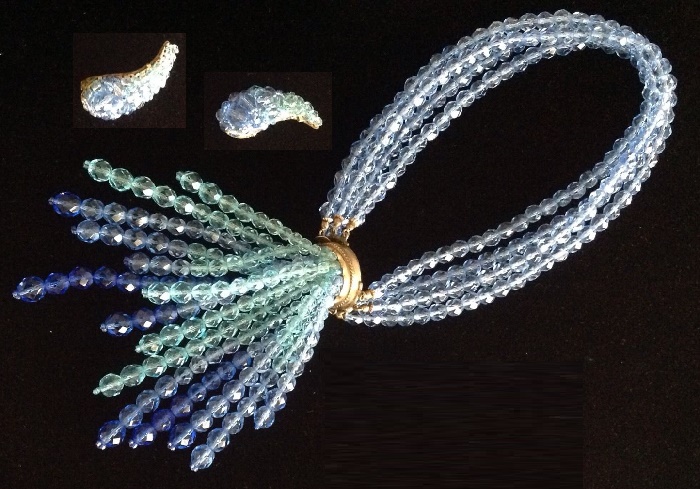 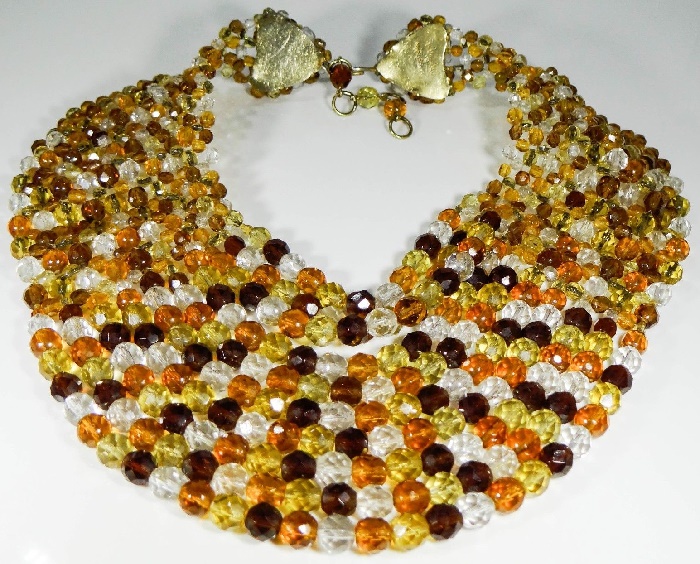 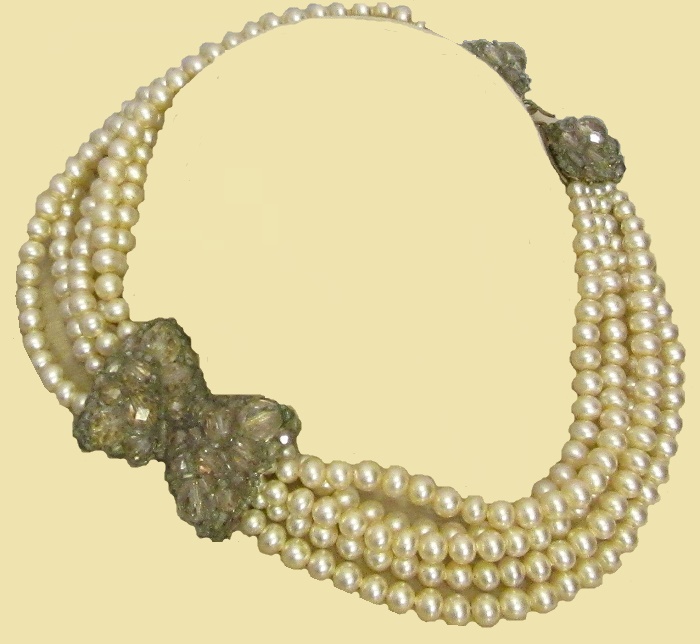 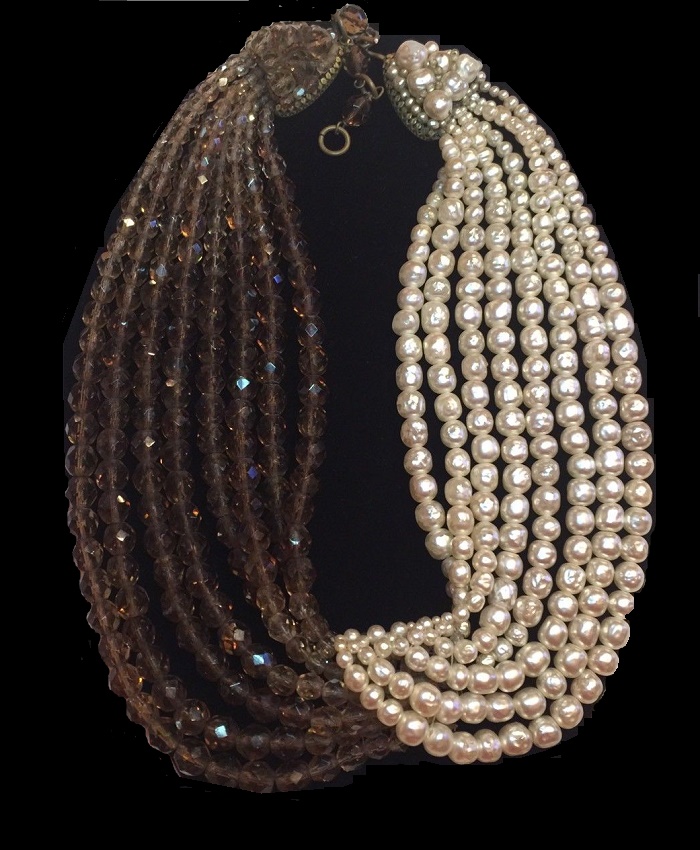 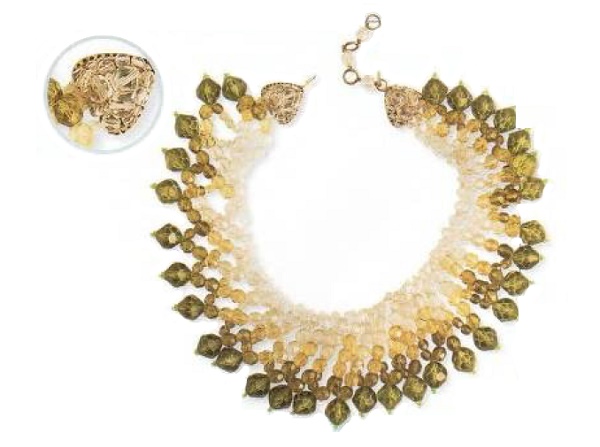 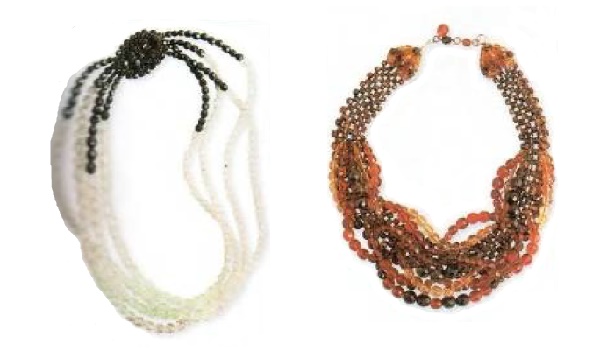 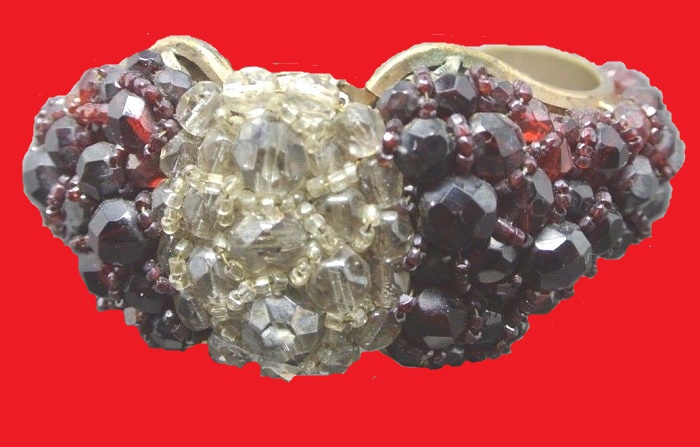 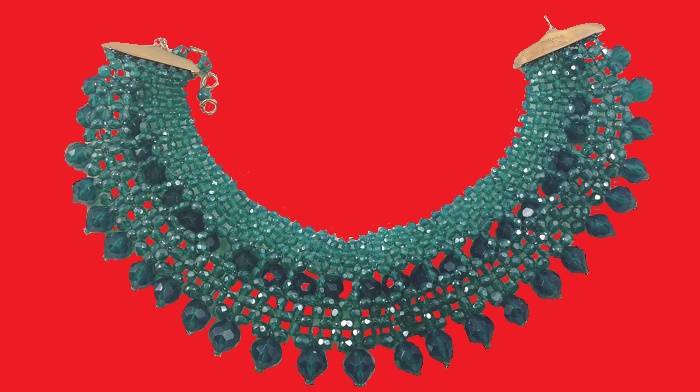 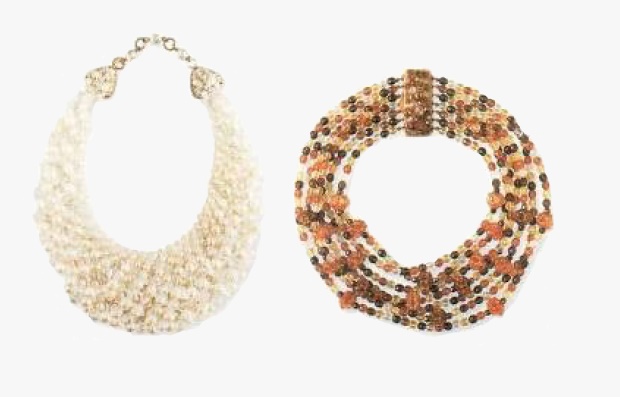 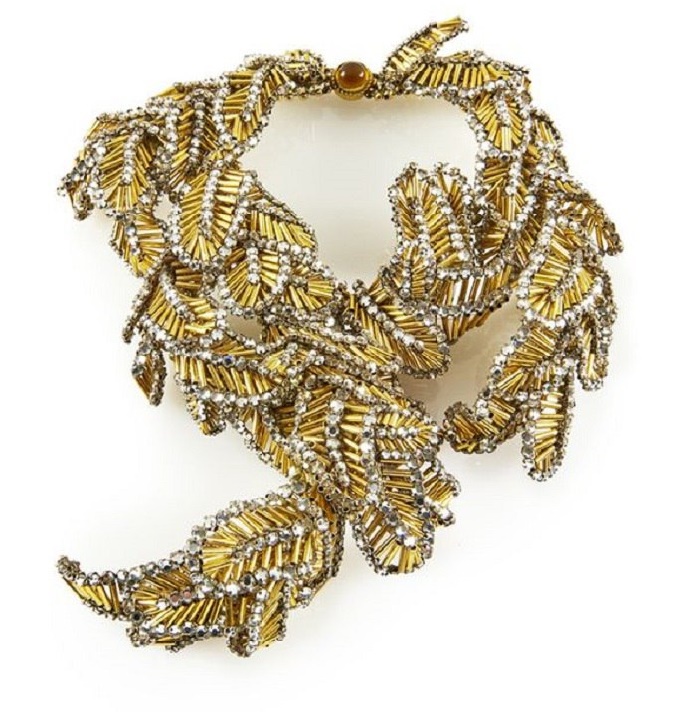 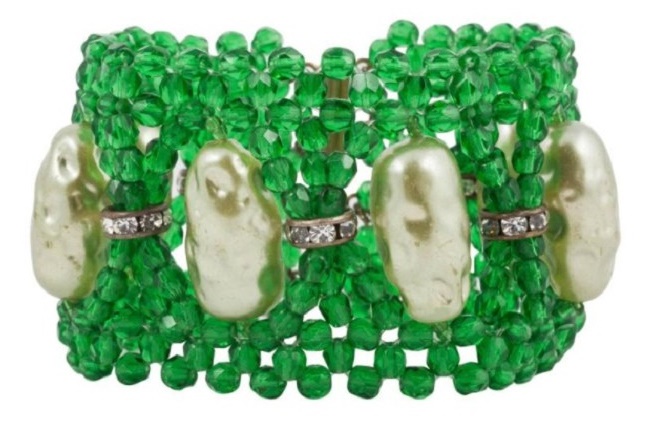 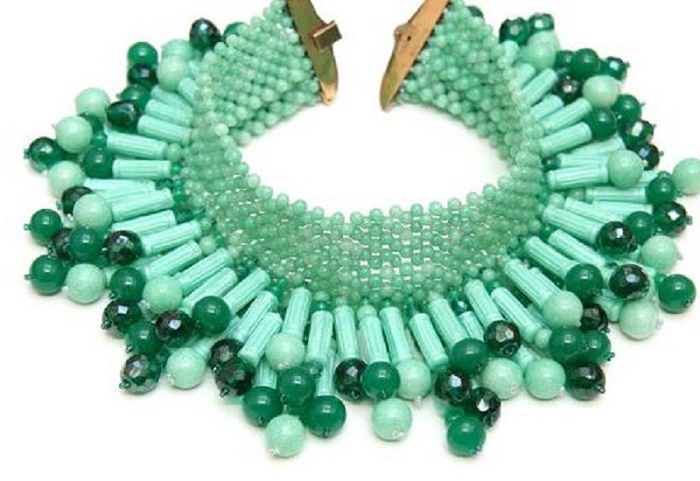 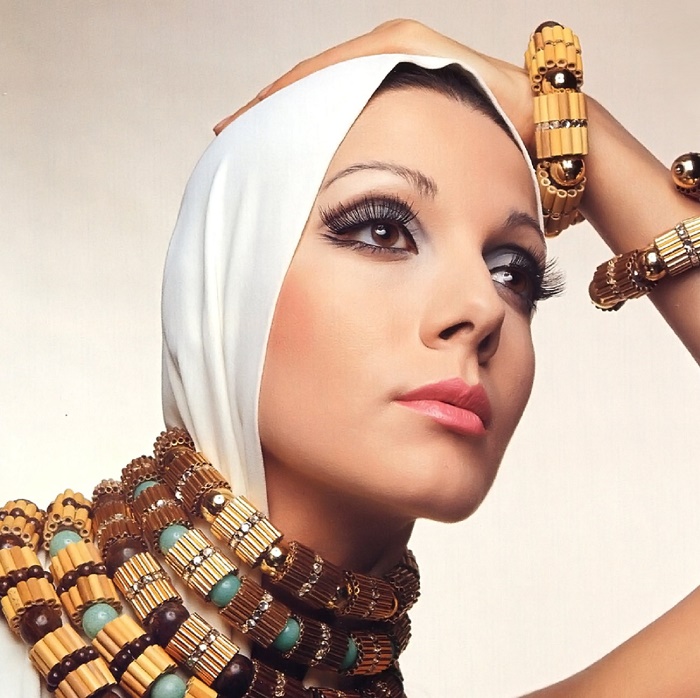 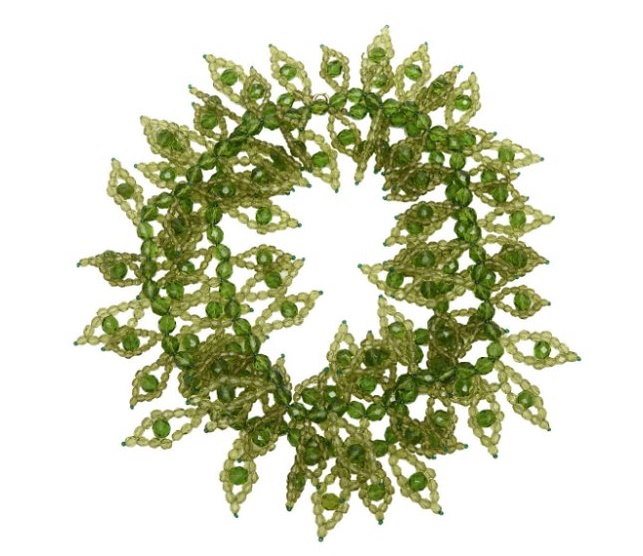 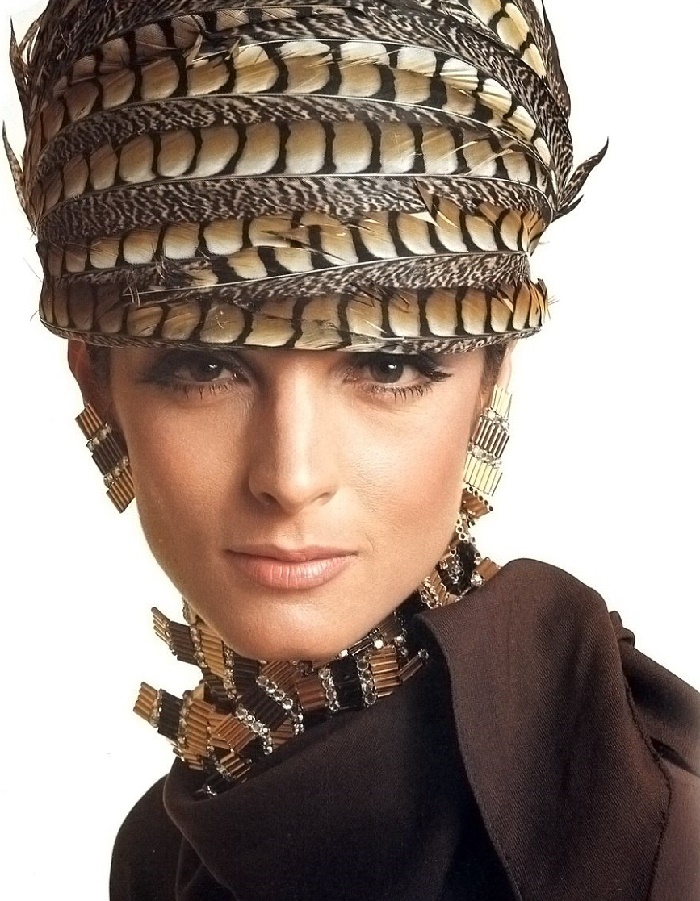