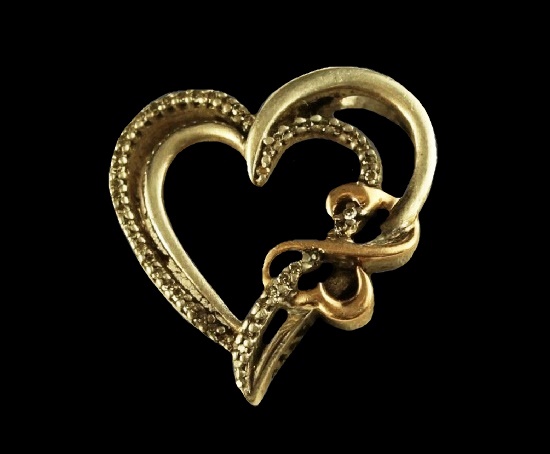 Signed JWBR fine jewelry
Sparkle of diamonds and all kinds of precious stones fascinate and attract the eye. Looking at them, everything fades. They are so beautiful that they fascinate and beckon to themselves.
The history of JWBR jewelry trademark began twenty-three years ago. Registered in March 1998, and renewed in 2019, the trademark is still active. Noteworthy, JWBR was the first among 61 jewelry trademarks owned by Renaissance Jewelry New York, Inc. The company is a part of Renaissance Global group, which employs about 3000 people in various countries.
Traditionally, the company jewelers work with precious metals and gems – gold, silver, diamonds, garnets and other natural stones. Their fine jewelry pieces are sold in departmental stores like JC Penney, Kohls, Macys, Walmart, as well as at prestigious auctions.
END_OF_DOCUMENT_TOKEN_TO_BE_REPLACED 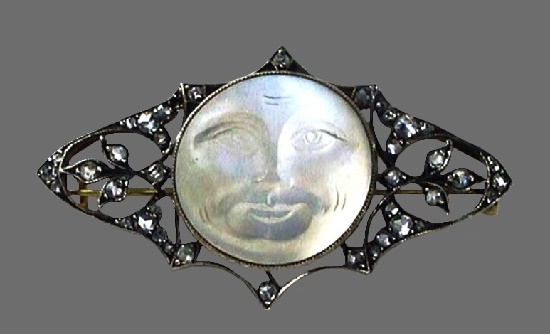 Carl Faberge jewelry masterpieces
A jeweler by birth, a manager by vocation, Carl Faberge was born in St. Petersburg in 1846 among precious metals and precious stones. He inherited his father’s jewelry production and raised the family business to unprecedented heights.
For three decades, Carl Faberge remained on the crest of popularity. Among his regular clients were the Bulgarian king, the Austro-Hungarian heir, the kings and queens of England, Italy, Spain, Greece, Denmark, Norway and Sweden, as well as the king of Siam named Chulalonghorn.
The Winter Palace had a special pantry with a stock of ready-made gifts from Faberge. In fact, the imperial family traveled a lot and on the way gave away tons of various items with the brand of the company. For example, the Emperor of Japan was presented with a punch bowl, two candelabra, an agate vase, a silver set (a decanter with 12 glasses on a tray) and a matte gold Louis XV style hand mirror. The Chinese bogdykhan received two tiaras, a crystal thicket with a chased silver rooster, three silver vases with crystal inlays, two crystal decanters and a hairpin for a hat with a ruby ​​and diamonds.
Every day between 4 pm and 5 pm the grand dukes came to house number 24 along Bolshaya Morskaya to see what new Faberge had put up for sale.
END_OF_DOCUMENT_TOKEN_TO_BE_REPLACED 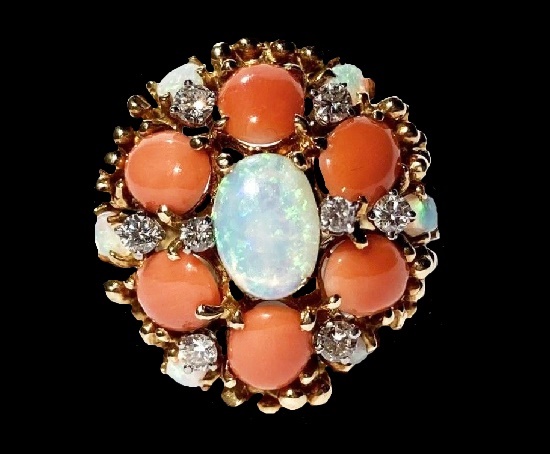 Jack Gutschneider precious jewelry
Founded in 1957, New York based company Jack Gutschneider Jewelry Co. worked for a short period of two decades. Despite such a short period, they have left impressive jewelry designs embodied in exquisite collectible jewelry. These sought after pieces appear at auctions and high end jewellery stores from time to time, striking with high craftsmanship and quality of materials. Traditionally, when creating jewelry the designer used precious metals and and high quality stones. In particular, opals, turquoise, rubies, corals, emeralds, sapphires, garnets and very often, if not always, diamonds.
According to trademark records, last time the owner of the company filed his company trademark was on February 20, 1963. However, soon after the company ceased to exist.
Noteworthy, German-American designer Gutschnieder initially labeled his products “Van Gogh”, but soon, in the late 1950s, he changed the labeling to JG JLRY.
END_OF_DOCUMENT_TOKEN_TO_BE_REPLACED 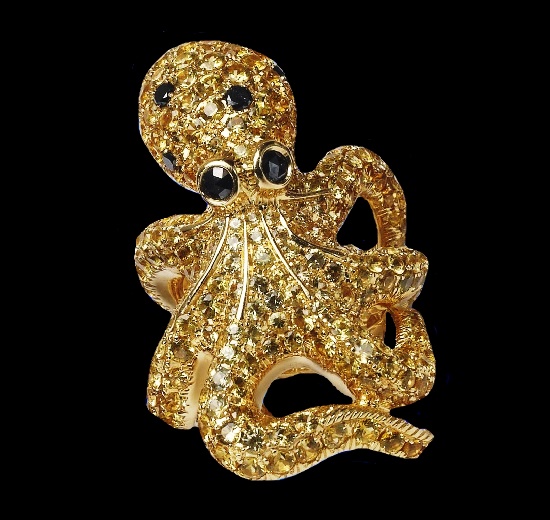 Luxury and splendor of Marina B high jewelry art 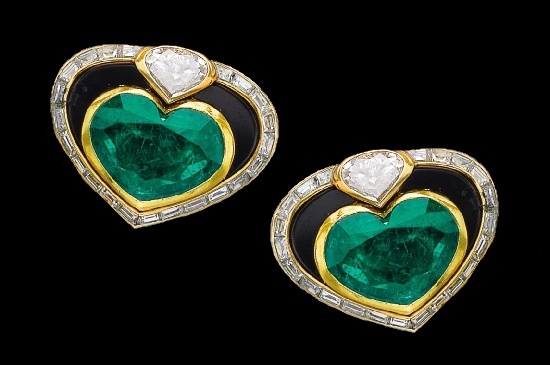 Luxury and splendor of Marina B high jewelry art
The history of Marina B House began in 1979, when Constantine Bulgari’s daughter decided to leave the family business in Rome and found her own in Geneva. Marina believed that jewelry should be highly decorative, and she perfectly understood the desires of her contemporaries. Her catchy multi-colored pieces are easily recognizable and copied by many jewelry companies. Marina Bulgari often used black and colorless elements to accentuate the hues of precious stones.
Following her concept that jewelry should not only be suitable for both daytime and evening wear, but also match the color of the outfit, she began making ornaments in which it was possible to change precious stones.
Brooches and earrings were often “double-sided”, using a tiny mechanism, one surface of which was usually black – made of onyx or enamel – and the other completely covered with diamonds.
In the 1980s, the designer often used metal springs in the design of necklaces and bracelets, covered with precious metal. Thus, she brought back the popularity of collars, necklaces that quickly went out of fashion at the beginning of the 20th century.
END_OF_DOCUMENT_TOKEN_TO_BE_REPLACED 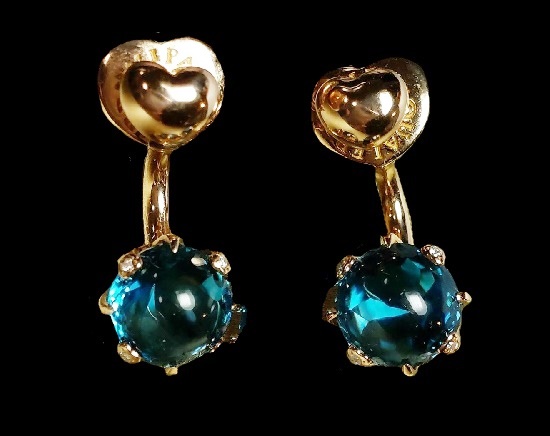 The renowned Italian jeweler Pasquale Bruni, alongside with five craftsmen created the Gioielmoda brand in 1976. Pasquale, like almost all jewelers, from early childhood was drawn to everything beautiful. He received his first jewelry experience in the workshops of Valenza.
From a simple apprentice to a genius creator of exclusive precious masterpieces, he became a well-deserved legislator in the jewelry world. The father of a radically new trend known as Fashion jewellery, guessed the wishes of women increasing attention to his brand.
Incorporated in 1997, the renewed Pasquale Bruni company is a family run business. Bruni’s daughter, Eugenia Bruni, is the head of the company’s art department involved in public relations. Also, his daughter creates the image of the brand and organizes all kinds of jewelry exhibitions. Pasquale’s son Alessandro is the commercial director of the company.

END_OF_DOCUMENT_TOKEN_TO_BE_REPLACED 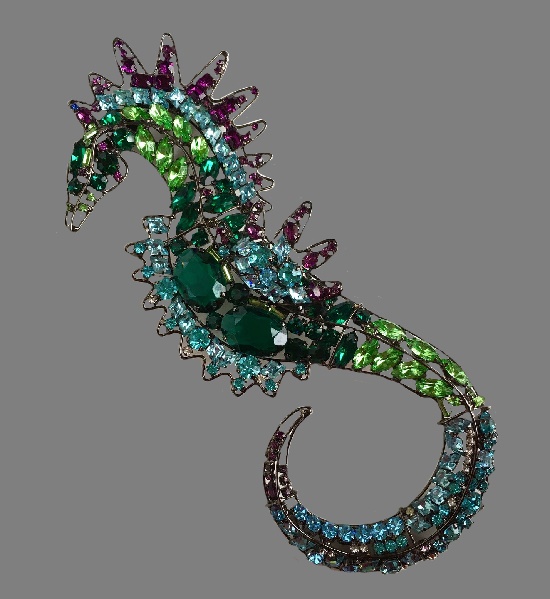 The protégé of Lawrence Vrba, Christopher Crouch turned out to be so talented that he opened his own business. Brought something of his own, he created incredible jewelry – large and complex brooches and high-quality crystals. Noteworthy, handcrafted in New York City in a single copy, each piece is wearable art.
Partnership with Lawrence Vrba began in 2006 in the famous studio at Fifth Avenue. And the conditions were more than harsh. In particular, if Christopher could not create jewelry to the highest standards within a short period of time (less than one month), Lawrence Vrba would terminate the contract with him. Exceeding all expectations, Christopher Crouch worked for 8 years as a senior assistant to the famous designer.
By 2009, a working relationship with Lawrence Vrba had grown into a close friendship. In coordination with Lawrence Vrba and with his support, Christopher Crouch, in parallel with his work in VRBA, starts his own business. By the way, Lawrence himself proposed the name for the new company – “Moans Couture”.
END_OF_DOCUMENT_TOKEN_TO_BE_REPLACED