At the beginning of the XX century Italian jewelry industry was in a downturn. The palm in the decorative arts owned by the French: to replace the period of the Napoleonic Empire came the classic style fades into the Belle Epoch, Art Nouveau and Art Deco.
To bring back to life the Italian jeweler’s art, perhaps, needed talent and energy of Sotirios Voulgaris, the Greek master silversmith and founder of Bvlgari (ancient Roman classical writing, where the letter «U» can be referred to as «V»). At the end of the XIX century, he moved from Greece to Italy, settled first in Naples and then in Rome, where in 1884 opened his first jewelry shop and workshop on Via Sistina.

In 1905, changing the name in Italian fashion, Bulgari moved to the more prestigious Via Condotti and opened Old Curiosity Shop. The name of the shop was very well chosen: it is reminiscent of the popular in those years, the novel by Charles Dickens, read by English-speaking population. Tourists from America and England, bypassing the sights of the city, could not pass indifferently by the store. In the “Old Curiosity Shop” sold original silver jewelry with design elements of Greek and Roman jewelry. Early XX century, silver was in great demand, considered more refined and aristocratic material than gold. Over time, the store offered jewelry of platinum, gold and gems – diamonds, rubies, sapphires, emeralds, topaz, and others. Bulgari revived Mediterranean style, woven from hundreds of cultural layers. Jewelry with colored stones and Mediterranean motifs especially interested travelers who were accustomed to the traditional black-and-white classics. The company offered its customers what they wanted. And the success of any manufacturer is the ability to anticipate the desire of the buyer. After the success with “Old Curiosity Shop” Bulgari opened a second store on one of the most modern and luxurious resorts in Europe – Saint-Maurice, thereby solving the problem of trafficking in a summer slump in Rome. After a few years in Italy, a network of boutiques Bulgari, the main store is still considered the “Old Curiosity Shop” on the Via Condotti. After the death of Bulgari, his sons Giorgio and Costantino took over the business. With their arrival brand Bvlgari has been officially registered. Brothers Bulgari abandoned dominated at the time of the canons of the French jewelry school, according to which the most important thing in jewelry – stone. To classic French style they opposed a unique and recognizable style, a hymn glorifying the noble metals. The Italian manufacturer of jewelry pays attention to the beauty of metal: precious and semi-precious stones woven into the massive structure, made mostly of gold.

Having finally won local market leadership, Bvlgari began to conquer the international market. In the 70’s the Italian manufacturer opened its first brand store in New York, a few years later there were boutiques in Paris, Geneva, Monte Carlo and Moscow. Currently around the world opened more than 290 stores of the brand Bvlgari.

In the 1980s the family business has become a multi-million dollar revenue run by the third generation of Bulgari. President of the company became Paolo Bulgari, vice-president – Nicola Bulgari, as well as executive director became their nephew – experienced manager Francesco Trapani.

In 2011, a French holding company LVMH (Louis Vuitton Moet Hennessy) acquired the company Bvlgari for 4.3 billion euros. Bulgari family exchanged its controlling interest (50.4%) to 3% of LVMH. Today Bulgari is the second largest shareholder of the holding.
Headquartered in Rome, the six-story luxury building overlooking the Tiber embankment. The historic shop, located on the Via Condotti, 10 – all ten minutes. 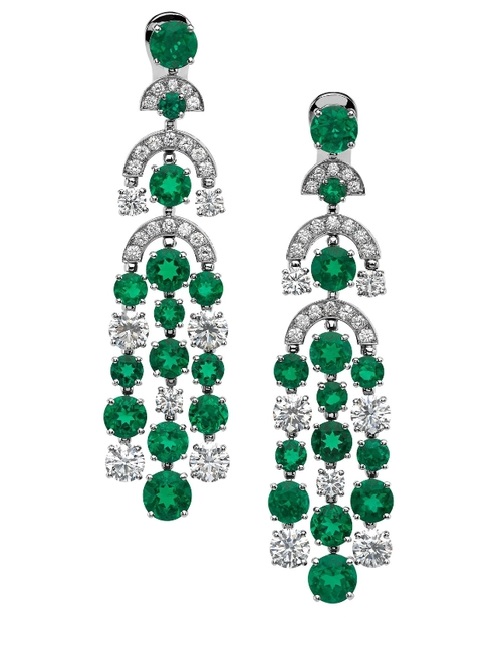 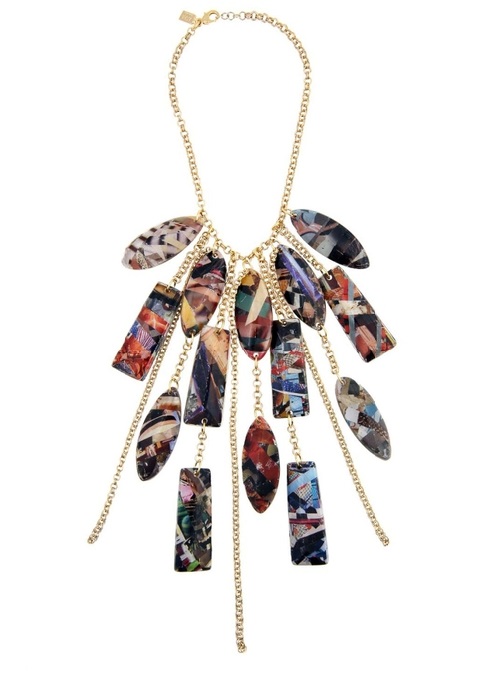 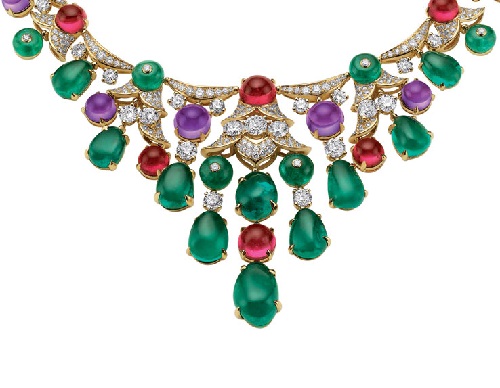 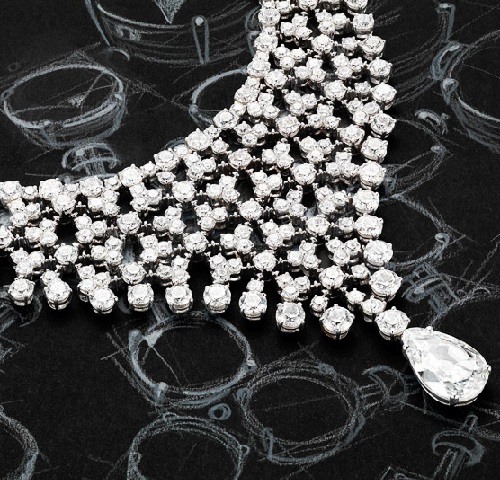 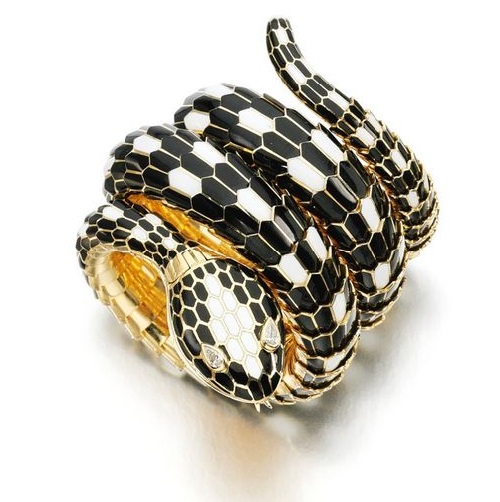 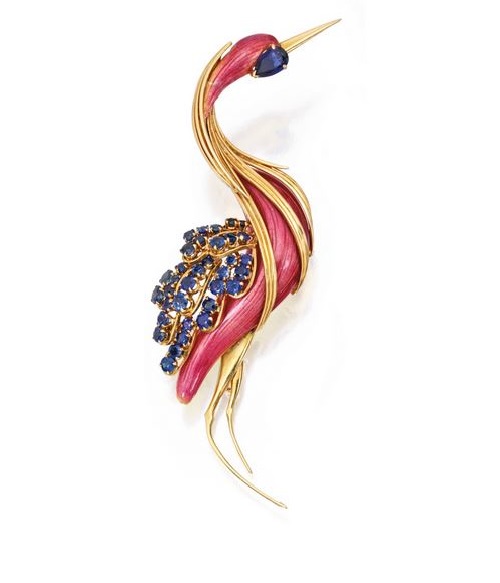 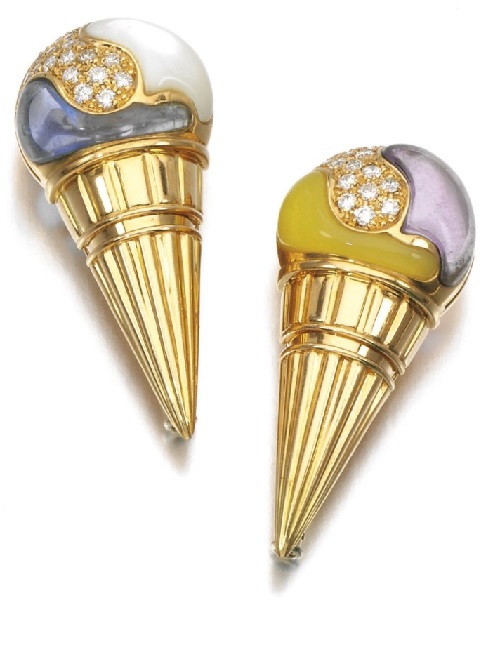 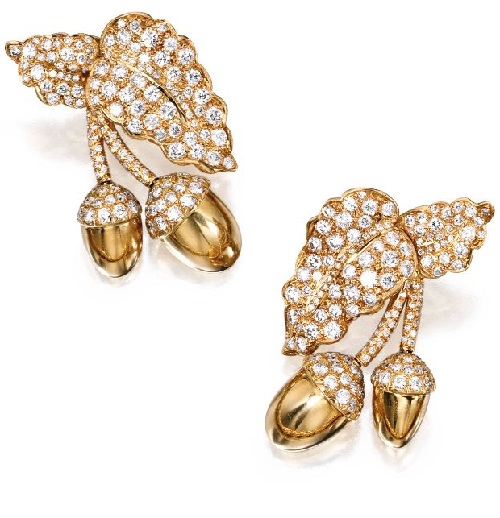 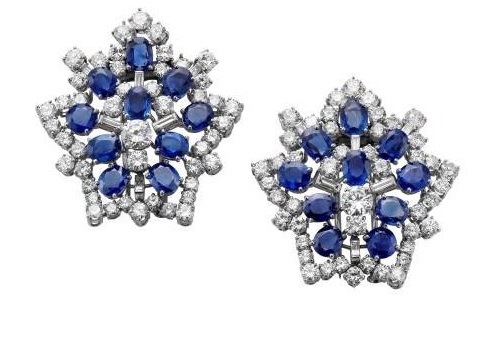 Pair of brooches in platinum, sapphires and diamonds, ca 1955 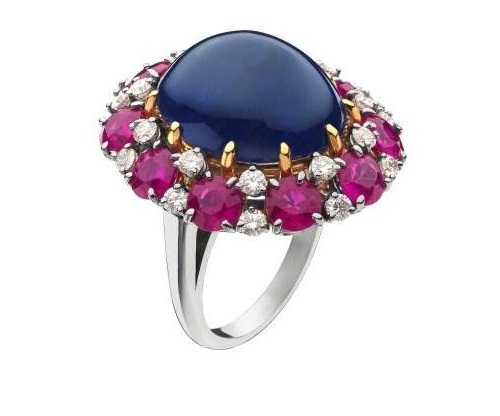 Made in 1960 Ring with a sapphire, rubies and diamonds 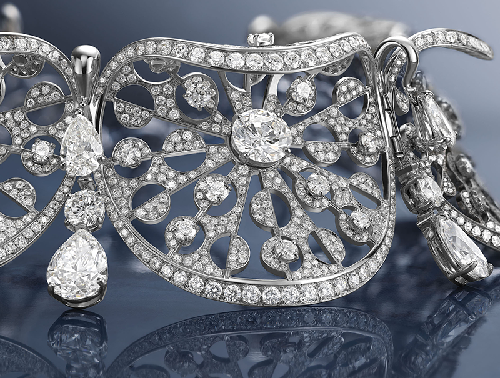 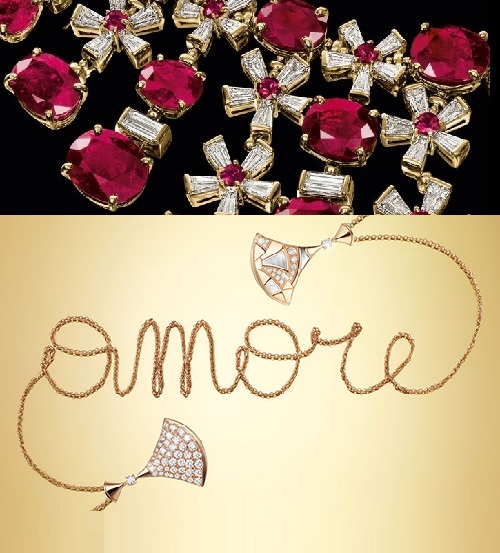 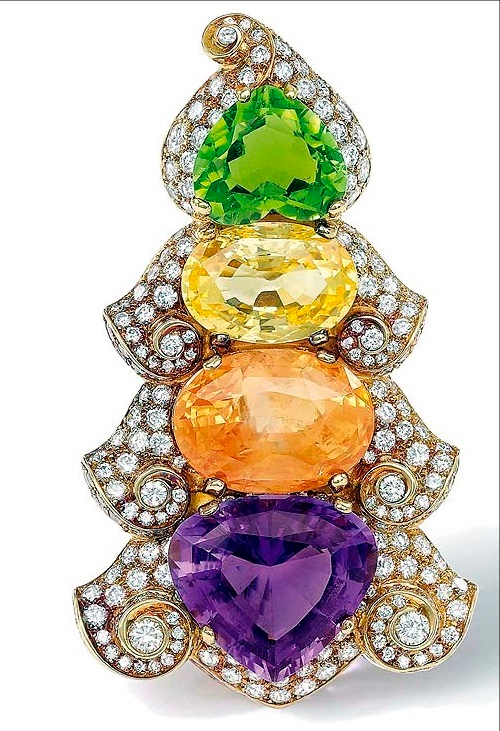 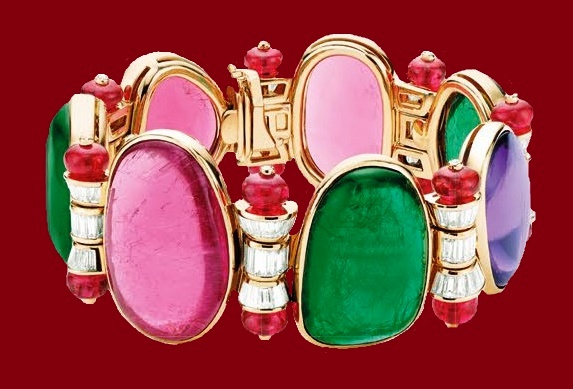 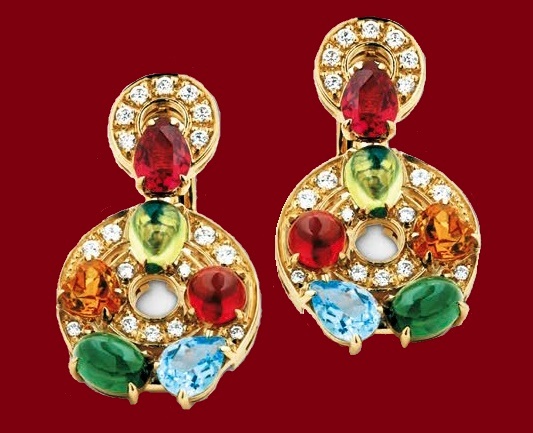