One of the most distinguished jewelers of his time, Lucien Gaillard (1861 – 1942) was a jeweler in the third generation, working in Art Nouveau style. The skill of the jeweler with the use of a minimum of funds and a subtle sense of material are worthy of admiration. Besides, he became known for his work with exotic materials, such as horn, and unsurpassed art with the use of enamels. In particular, refined brooches, hairpins, combs, rings, and perfume bottles strike with their beauty and sophisticated work. His original products were laconic and modest.
Meanwhile, in the late 60-ies of the 19th century, a general fascination with Japanese art began in Paris. Thus, invited Japanese masters gave lectures on the art of the East and conducted master classes. Accordingly, on the wave of this interest in the art of jewelry began to appear “Japanese motifs.”
Designers of jewelry no longer used precious stones, but tried to pay more attention to the beauty of the product and its meaning. Instead, they used carving on the horn, enamel and mother of pearl. In fact, the idea was the following: to oppose the real art to mass production of ornaments in factories. After 1900, already in the period of Art Nouveau and Art Deco, appeared the image of a sensual woman with long hair. However, from 1880 to the 1890s it was considered disgusting to use a woman image – to decorate another woman. Characteristic for this period: very fine processing of parts, and the use of a mixture of enamels. These enamels were very fragile, and easily damaged.

In France, hereditary jeweler Lucien Gayar studied at his grandfather’s company (1878 to 1892). His grandfather, Amedee Alexandre Gaillard (1811-1882) founded the company in 1840. Lucien became the head of this jewelry company in 1892. His works became recognized after the Paris Salons of 1903 and 1904. Collaborating with the artist on glass J.Viard, he actively used the Japanese style in his works. A distinctive feature in the work of Lucien – the finest work with the horn. He also made perfume bottles, and vases. 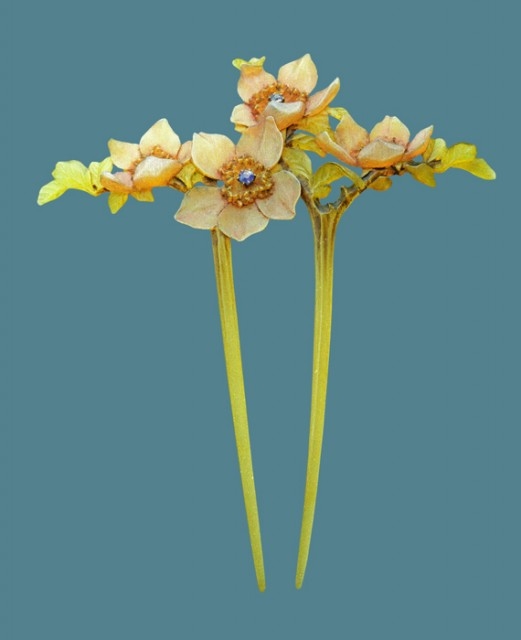 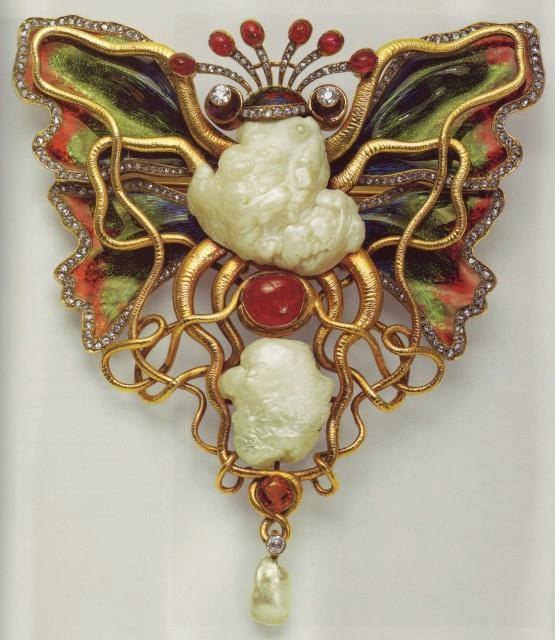 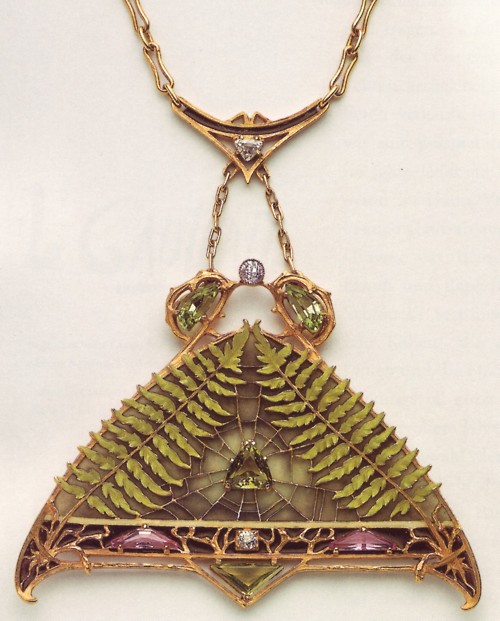 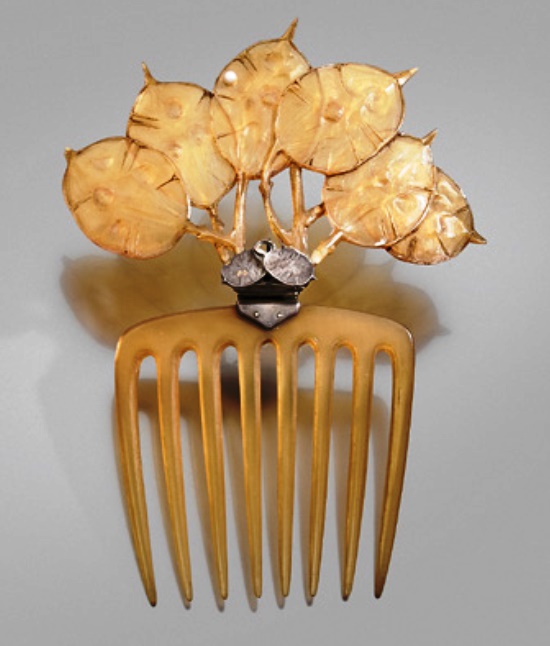 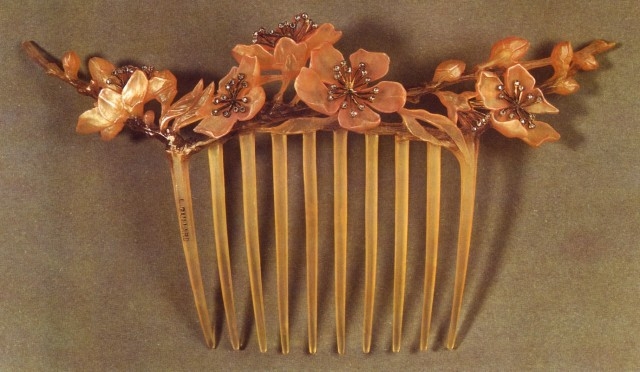 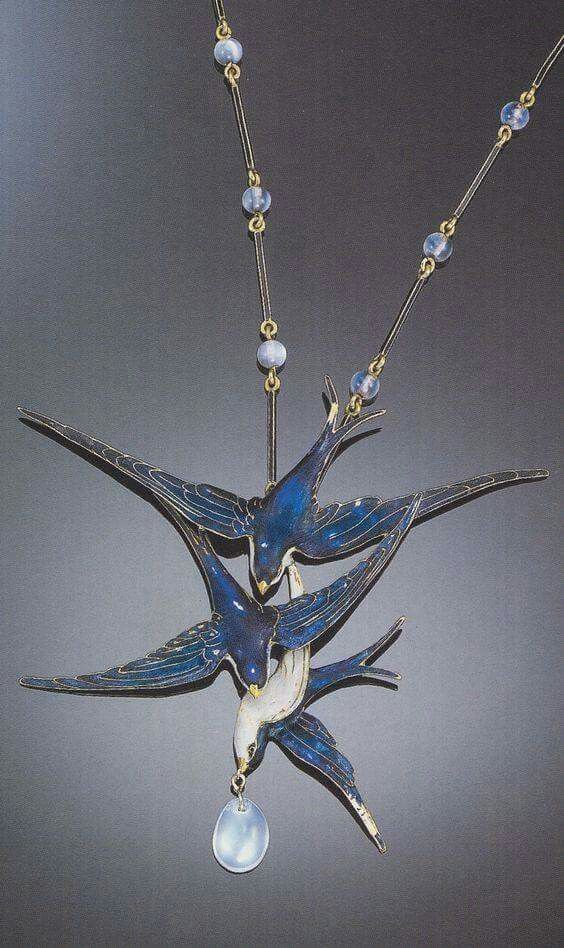 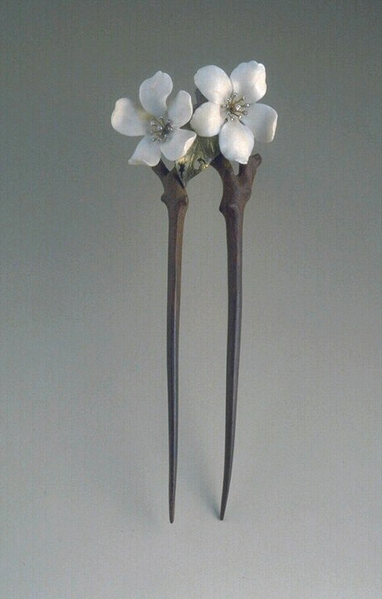 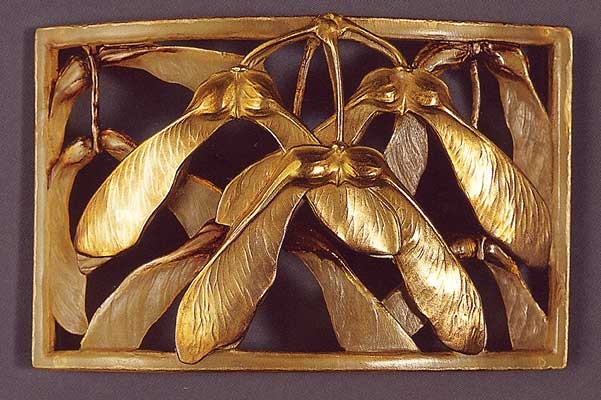 Buckle (brooch) – wings of an insect 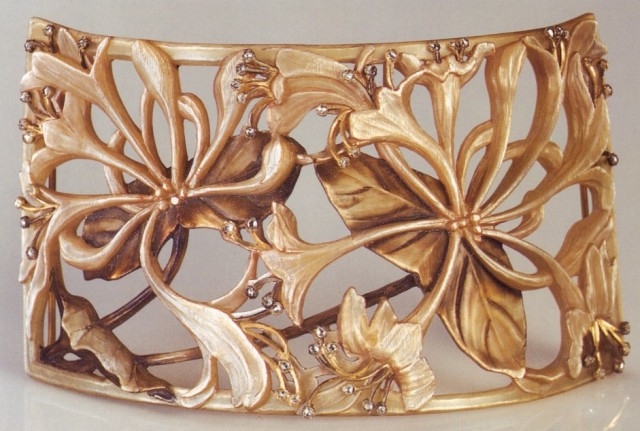 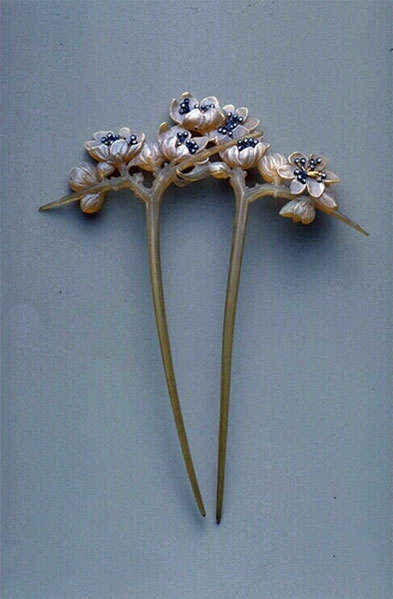 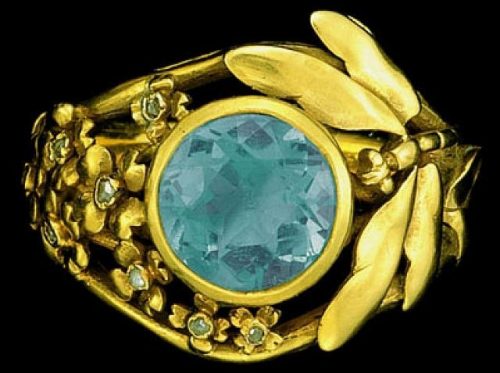 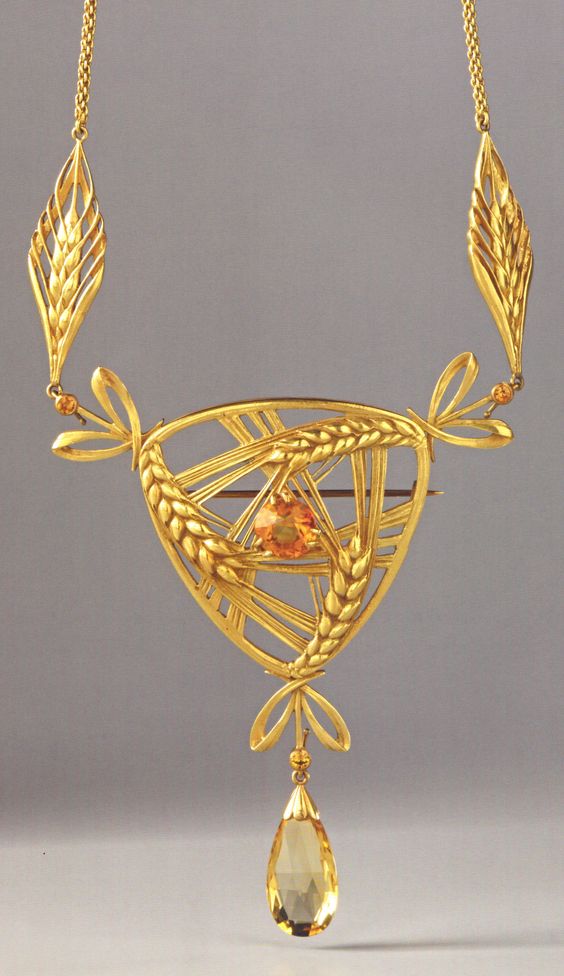 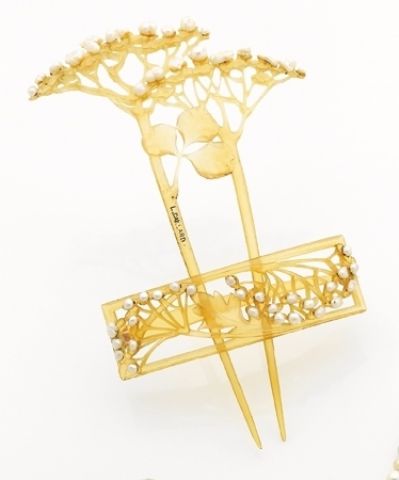 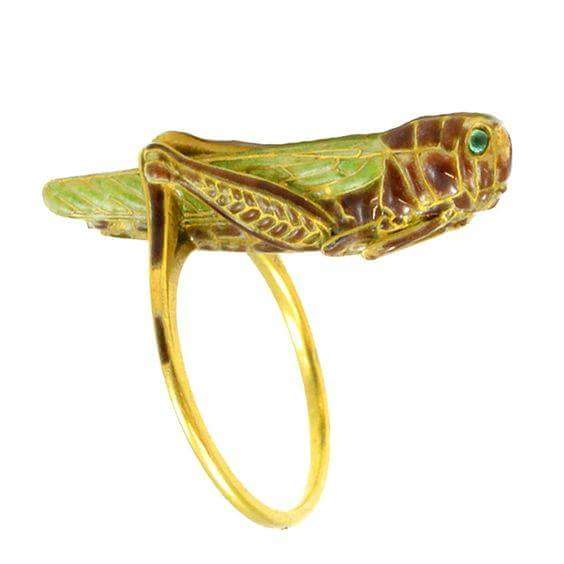 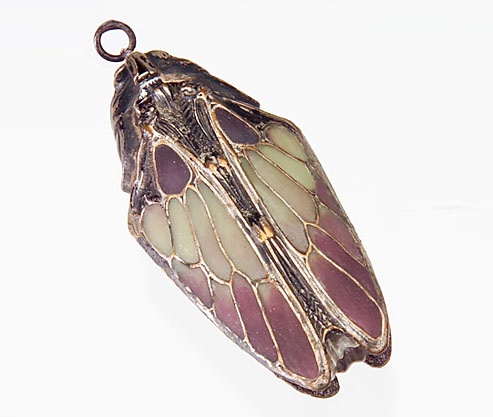 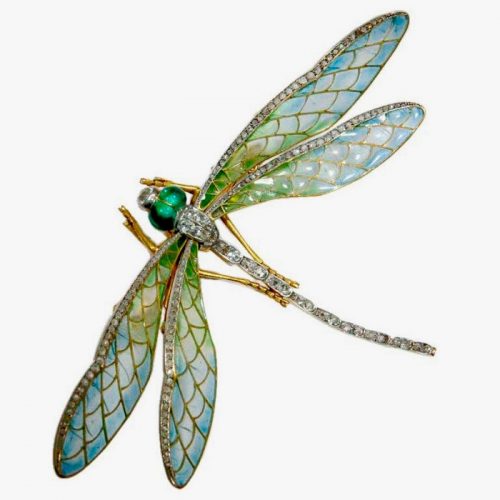 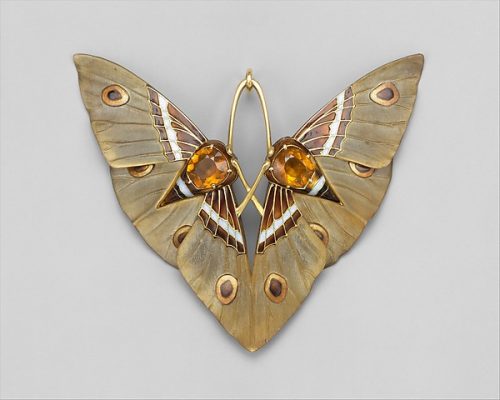 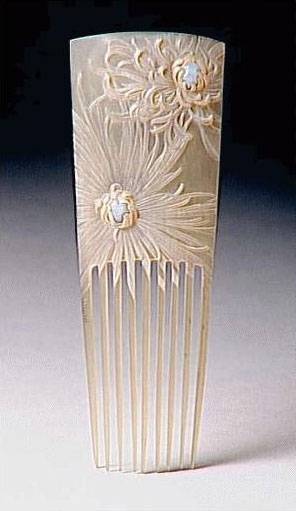 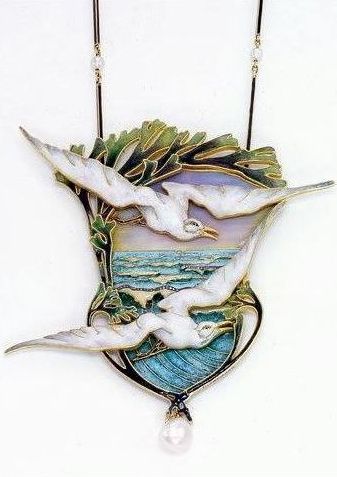 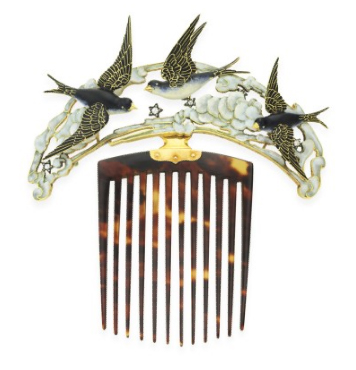 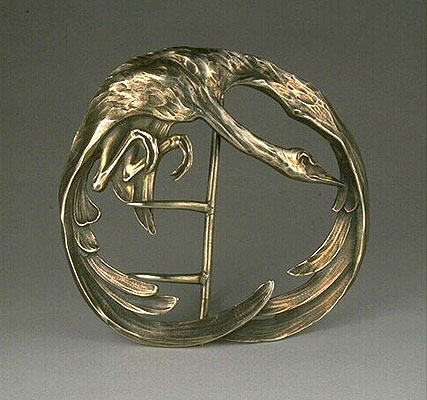 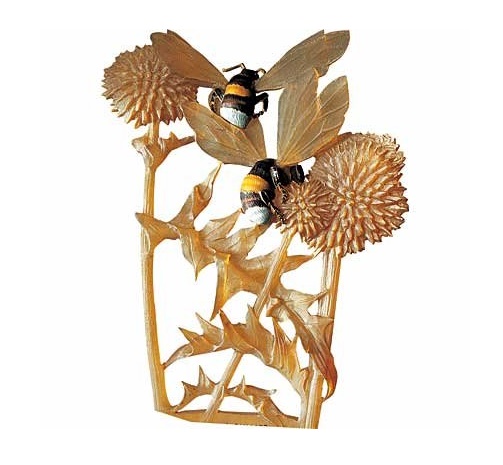 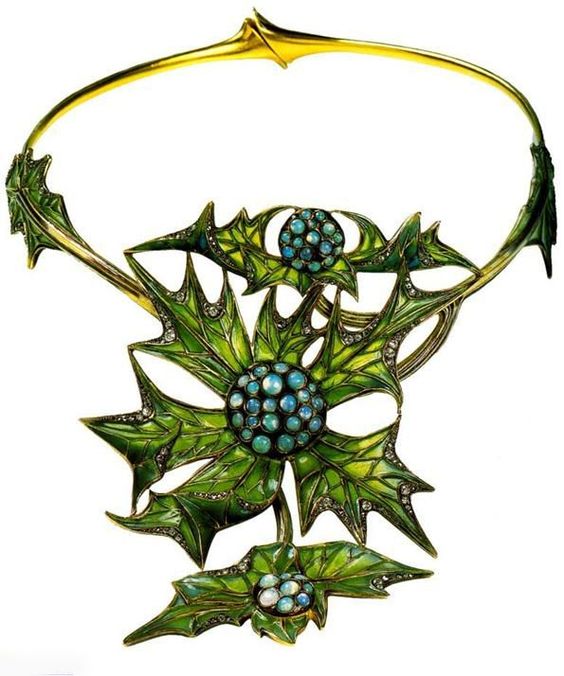 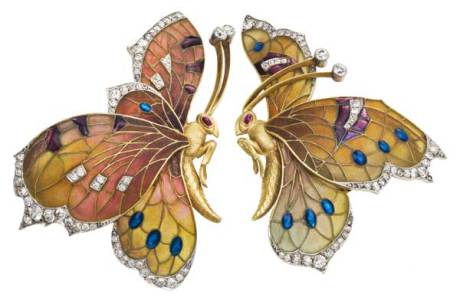 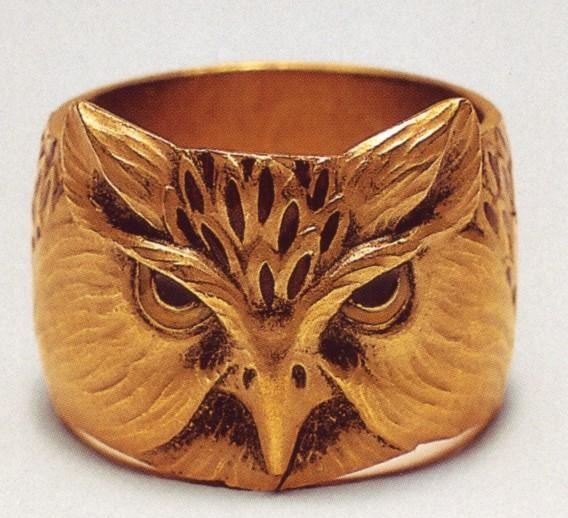 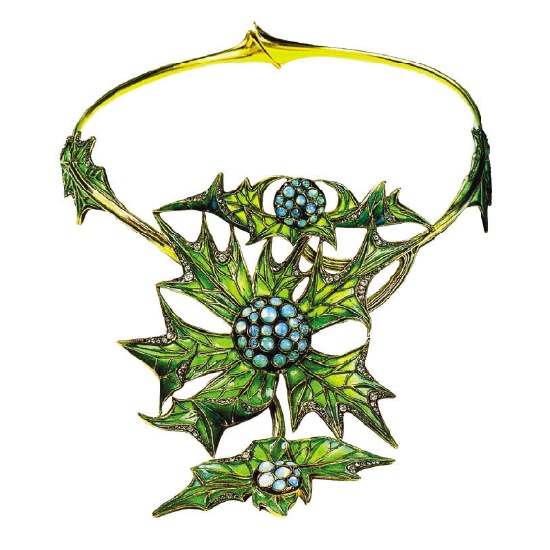 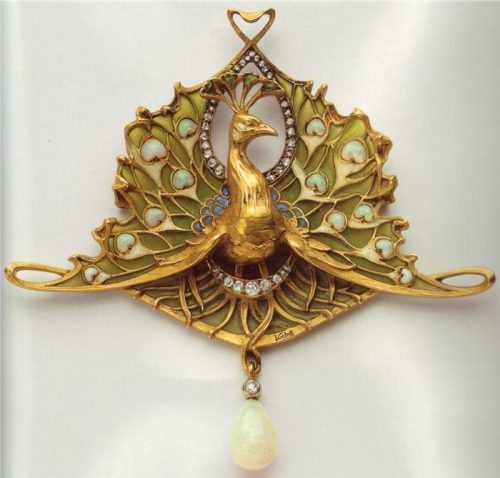