Horrified Joan Castle Joseff looks at Shirley Jones, who is trying to touch the stunning Christmas tree made of costume jewelry. American jeweler Joseff of Hollywood

American jeweler Joseff of Hollywood
Born in Chicago in 1905, Austrian by birth, Eugene Joseph was a talented American jewelry designer known as Joseff of Hollywood. He moved to California in the 1920s, hoping to get orders for making costume jewelry for characters of Hollywood movies. Through artistic creativity and business acumen, he was the best jewellery designer and main supplier of jewellery for leading studios. The success accompanied him until the tragic death in 1948. Since 1950 the company “Joseff of Hollywood” ran his widow Joan Castle.
According to his biography, Eugene began working as an artist at an advertising agency in Chicago at the age of 18. Meanwhile, in his spare time he was designing jewelry. And four years later, in 1927, he moved to Los Angeles, where he studied jewellery craftsmanship. From 1931 to 1935, the work of the young jeweler was in high demand in the Hollywood films. Noteworthy, in 1935, Eugene Joseph founded “Joseff of Hollywood,” and two years later became a major supplier of jewelry for Hollywood studios. In addition, he developed a line of jewelry for public. The life of a talented jeweler and businessman was tragically cut short in 1948. Eugene Joseff died in a plane crash at the age of 43. In 1934, Eugene Joseph opposed the use of ornaments in historical films that do not meet the depicted era. Walter Plunkett, who was considered the number one fashion designer, said: “Well, if you’re so smart, let’s see what you can do!”

Joseph conducted historical research, and it allowed him to “simplify” the style of jewelry, which nevertheless contributed to an atmosphere of a certain age on the “blue screen”. Together with his wife, Joan Castle he gave decorations to hire, rather than selling them for a certain movie studios. In fact, he created the “archive” of the nearly three million of jewelry available for hire. Since 1937, they began to develop the successful line of jewelry for sale for fans of stars. In particular, the ornaments copied from originals belonging to the stars, and produced similar to those that popular actresses showed on the screen. It is these decorations that are now easier to find.

Besides, Joseff collected an amazing collection of rare antique books about the clothes and jewelry, inspired by historical information about the many styles and eras. “If you want to collect, start with brooches, because for them you will find the best use. You can pin the brooch on the lapel, collar or pocket, on a hat, a belt or an evening dress. ”

Joseff’s success as a leading supplier of fashion jewelry to Hollywood is partially dependent on the effect of the substitute gold. Known as the Russian semi-combined gold plating copper coating has removed the traditional problems of too much natural luster of gold under the powerful spotlights cameras. Coating can be done in any – to black, depending on what kind of metal is added to the alloy.

On most jewelry stamped the name of the brand “Joseff” or “Joseff of Hollywood.” Exceptions are products made to order for celebrities. Some ornaments made at the end of 1930-40-ies, not so long ago have been re-evaluated because of their immense popularity. Very rare today, and their copies are not less rare than the originals. Most of the Russian gold jewelry can be dull and dark due to the plaque that forms over the years. But the shiny polished products cause distrust and almost worthless.

The motif of classical mythology – shell, as in the canvas of Botticelli ‘Birth of Venus’ (1485), a feature of some jewelry Joseph created for films on biblical subjects

Hollywood divas that shone in jewelry creations by Joseph of Hollywood 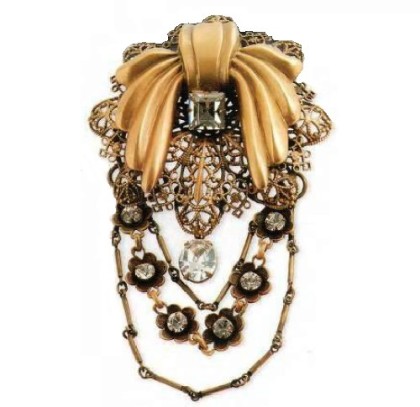 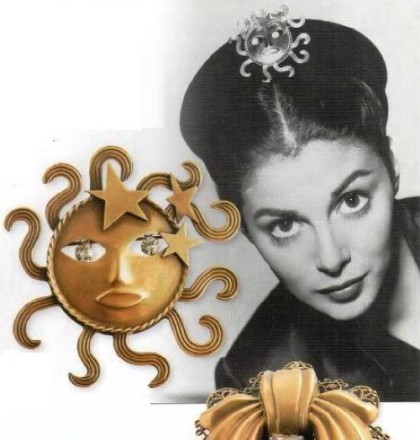 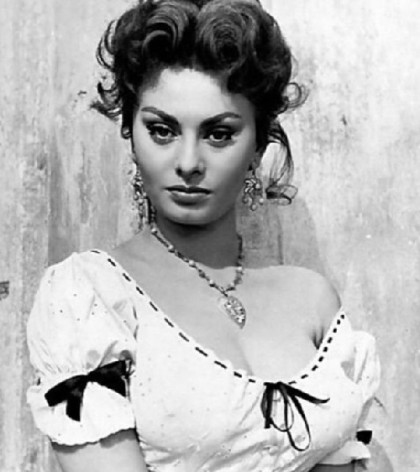 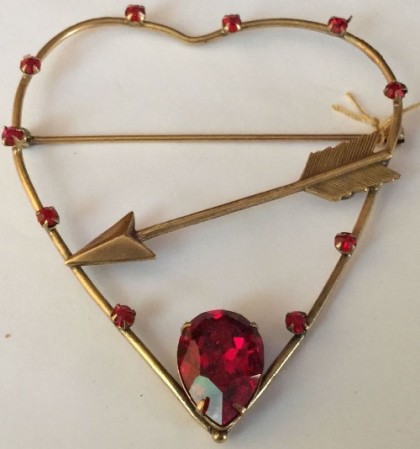 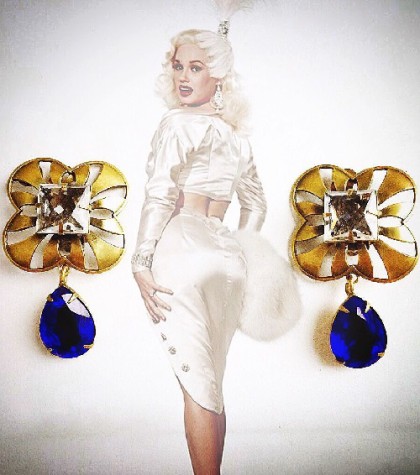 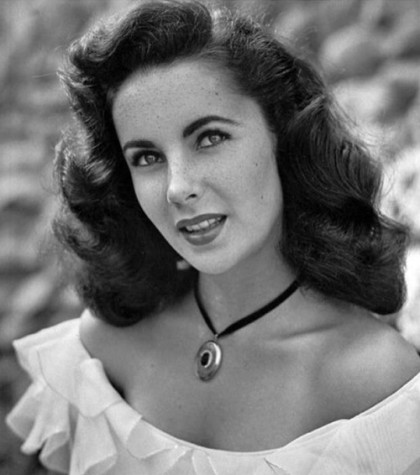 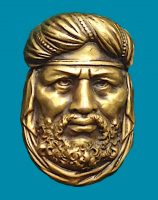 Featured in the 1951 film Ten Tall Men, gorgeous bangle, ornate filigree base, layered with other filigree findings, with a safety chain 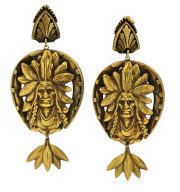 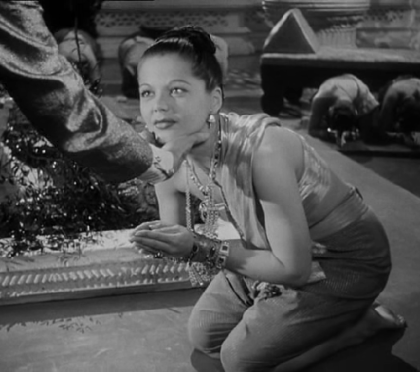 In 1937 he designed a line of jewelry for sale, priced at about $ 1 to $ 12 per decoration, a very high price for that time! The line was quickly sold through Nordstrom, Neiman Marcus, Bullock’s, Macy’s, Saks.

Two brothers Joseff and Jimmy Glaser are viewing their products. A huge headdress made ​​of acrylic, Virginia Bruce wore in the movie The Great Ziegfeld 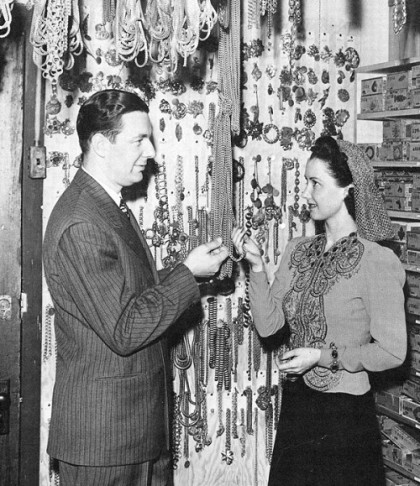 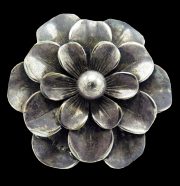 Lucille Ball in a necklace and bracelet by Joseff of Hollywood. The company provided most of the decorations shown in I Love Lucy, it even had an episode dedicated to jewelry 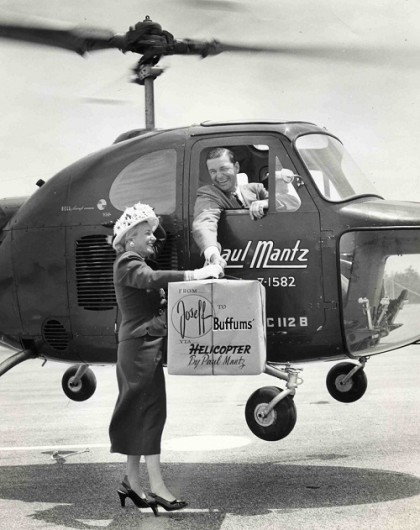 Depicted in the advertising picture in 1948. Joseff In the helicopter, he gives his jewelry in the trading house Buffums

Joan in the Joseph’s library in 1937, in sun brooch from Joseff. A copy of the necklace from the book had been created for Norma Shearer, 1938 film Marie Antoinette 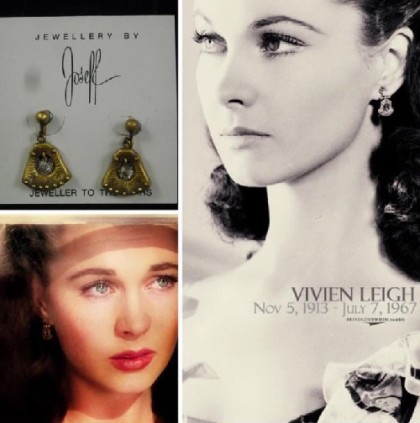 ‘For good luck’ brooch by Joseff of Hollywood, vintage

Clips and Brooch by Joseff of Hollywood 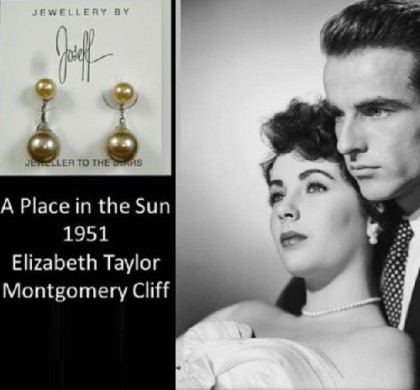 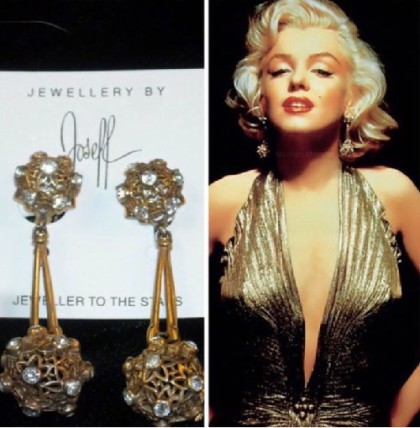 Marilyn and Joseff of Hollywood jewellery to the stars 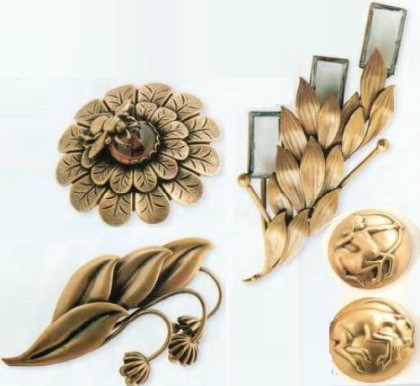 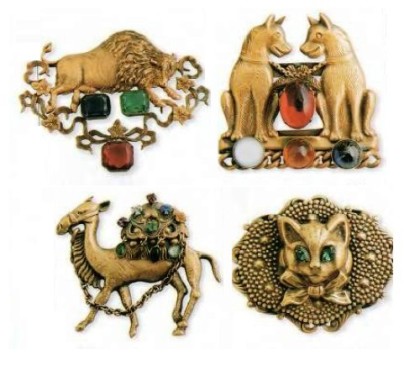 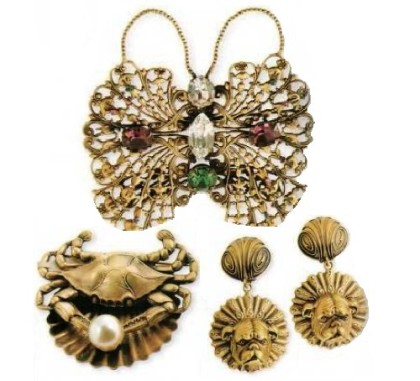 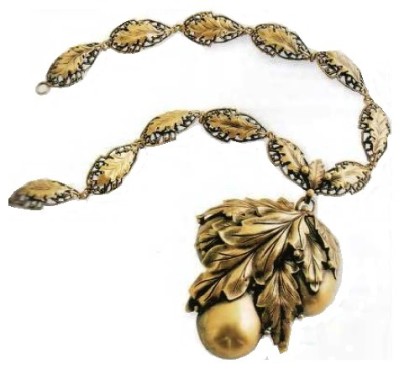 Made for Carol Lombard necklace of Russian gold