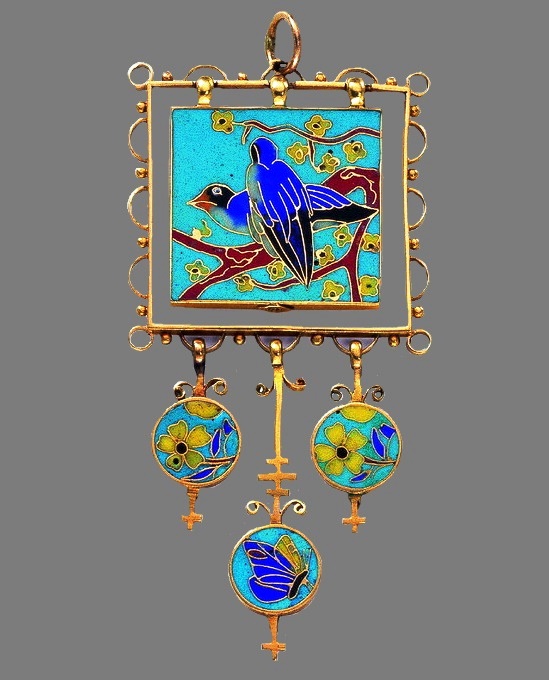 Alexis Falize cloisonne enamel jewelry
French jeweller Alexis Faliz (1811-1898) was among the first jewelers to pay attention to the elegant stylization of the natural world inherent in Japanese art. The history of the famous brand began in 1932, when Alexis studied all aspects of the jewelry sphere: manufacturing, design, sales and accounting. In 1830s, he opens his own workshop. Faliz specialized in “artistic” jewelry: using semiprecious stones, fine metal work and enameling. He experimented with enamels, while learning from the most talented enamellers of the time. Later, often copied, his pieces aroused general interest due to the bright colors. Once he had already restored the production of Limoges enamels; now, from 1860 to 1865, he devoted himself to the study of the eastern technique of cloisonne enamel. In collaboration with Antoine Tard, a talented master of enamels, he made amazing jewelry with opaque enamels in frames made of matte gold. Traditionally, with innovative motifs inspired by Persian, Indian and, above all, Japanese art. 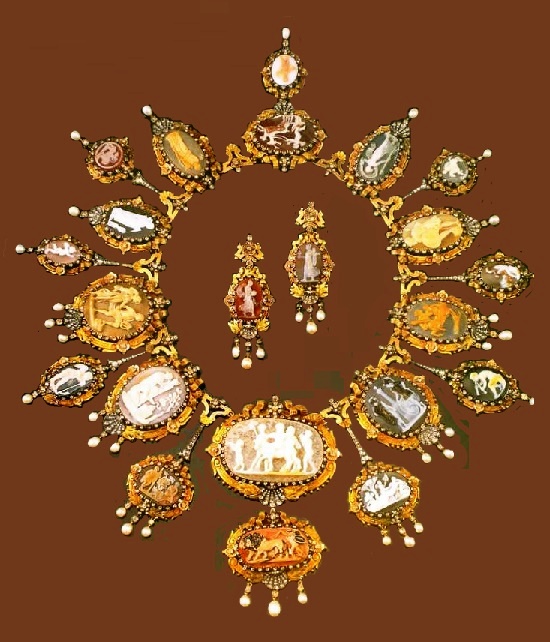 When Alexis retired in 1876, his son, Lucien (1839-1897), took over the management of the workshops. Having received sufficient training for 20 years under the guidance of his father, Lucien took a worthy place at the helm. A highly skilled enamelist, jeweler and jewelry designer, his passion was the Renaissance and Japanese culture. In 1878, the House of Falize won the Grand Prix for his products and the Order of the Legion of Honor at the International Exhibition in Paris. In 1878, Lucien combined his talent with the talent of Bapst, a former jeweler of the French royal family, and began to make jewelry for the Parisian wealthy nobility. 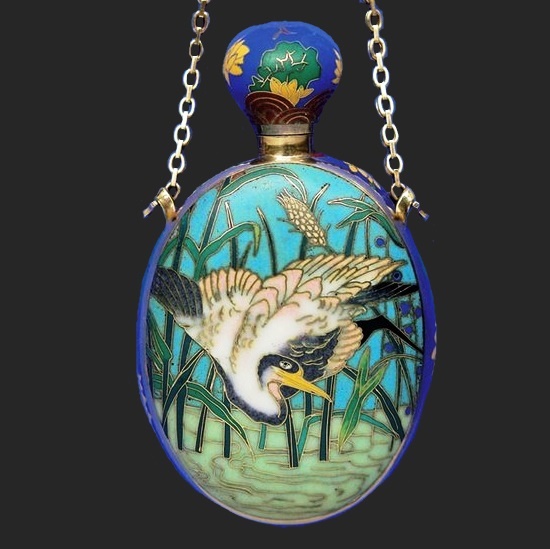 Until 1892, Bapst and Faliz enjoyed their own prosperity. During this time, Falize helped theorize the development of such a direction as Art Nouveau by creating articles for Samuel Bing’s monthly magazine “Le Japon artistique”. 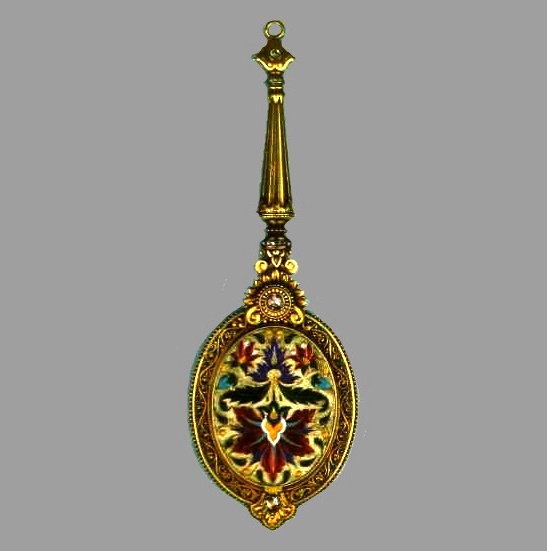 A pendant-mirror made of gold with enamel and diamonds. 1880. An excellent example of cloisonne enamel, with which the master worked

When Lucien unexpectedly passed away in 1897, his sons Andre, Pierre and Jean continued the business under the name Falize Frères. Their products won two grand prix at the International Exhibition in Paris in 1900. 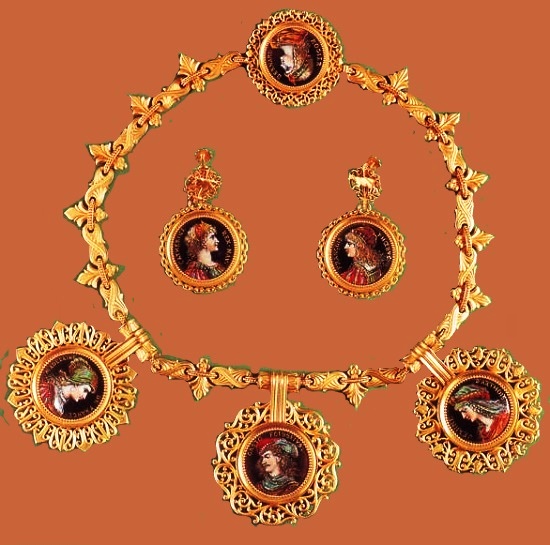 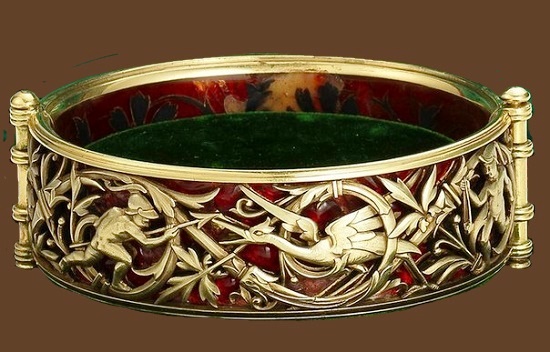 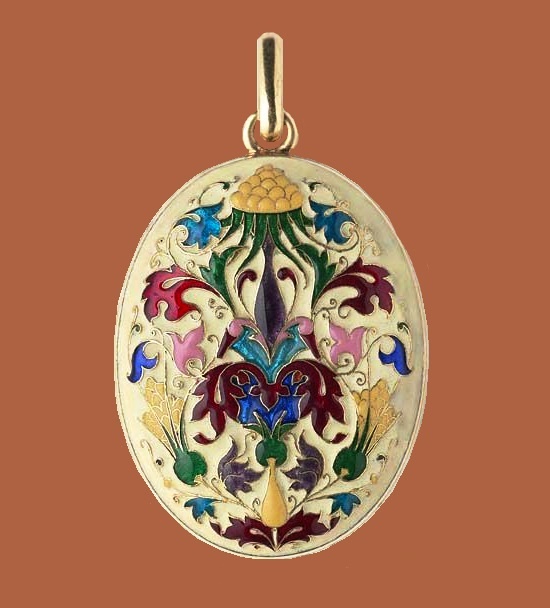 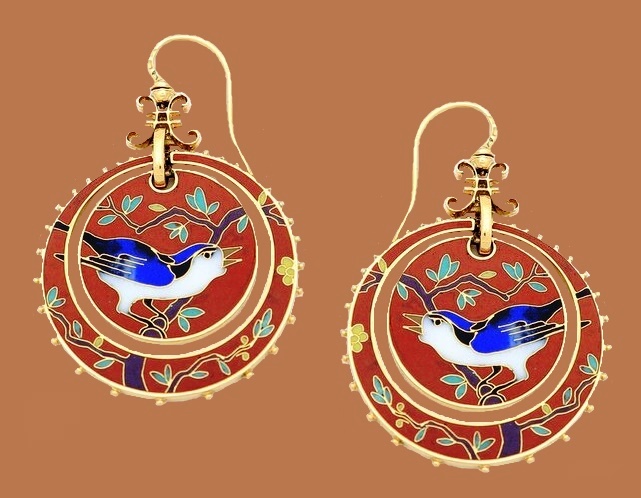 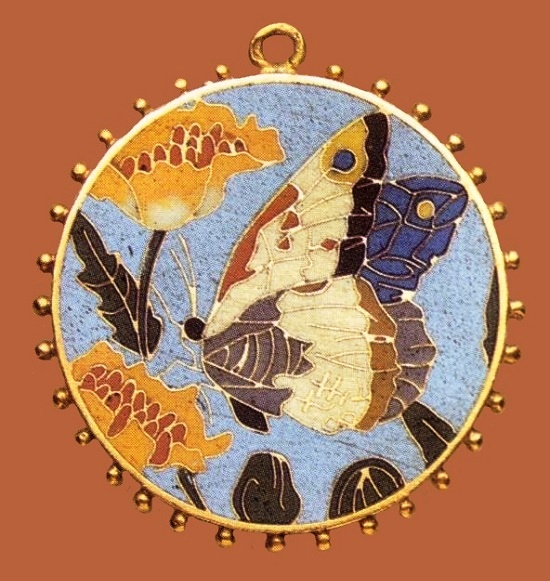 Butterfly and flower round pendant 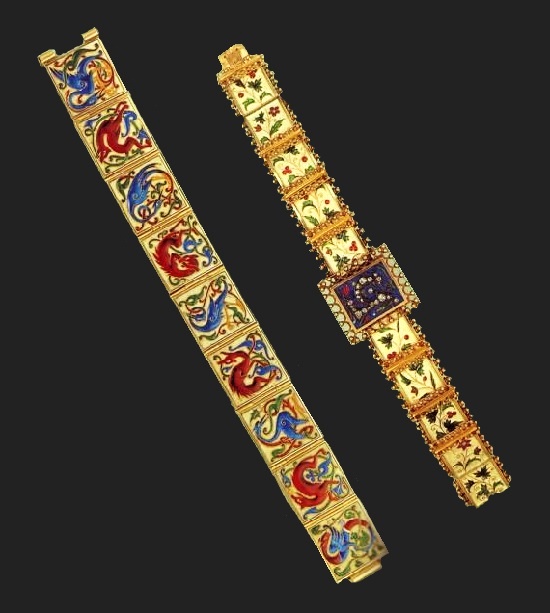 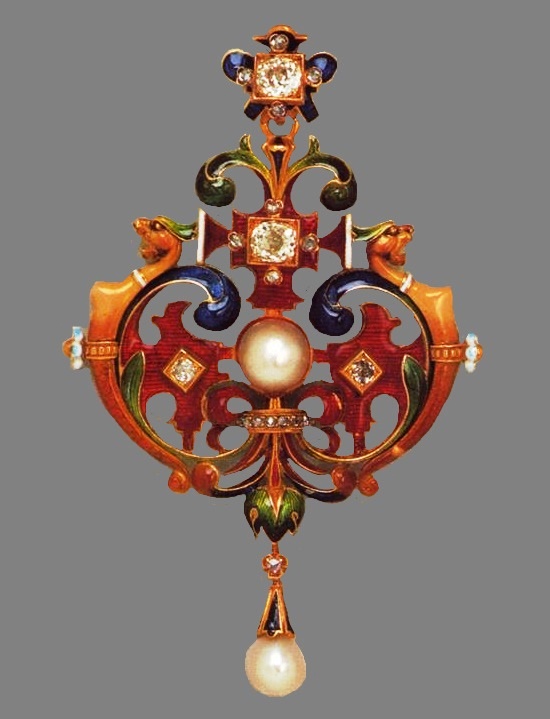 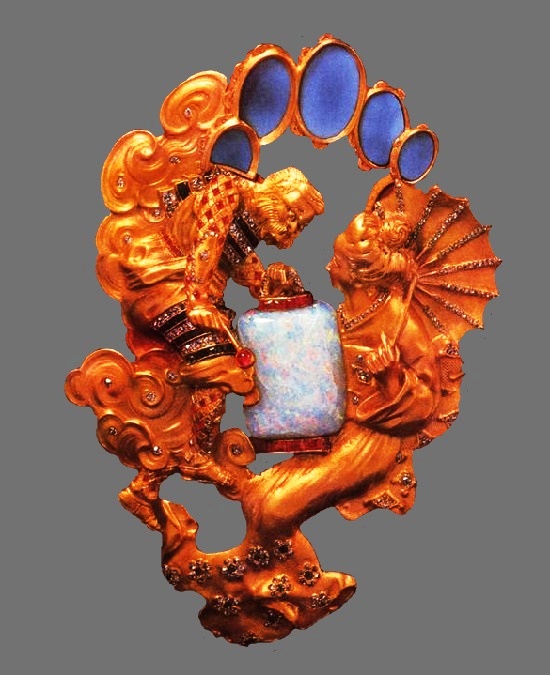 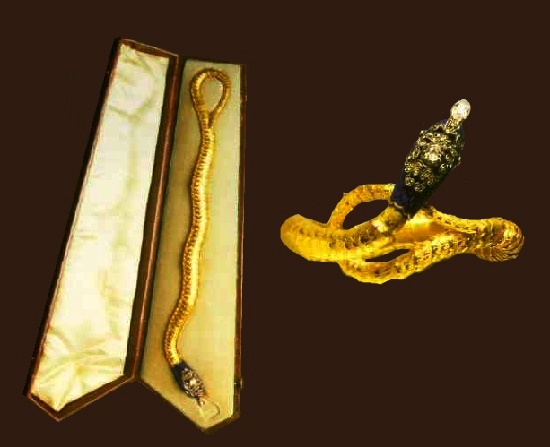 Gold bracelet with enamel and diamonds. Circa 1840. Rare original case in the form of a coffin. Pear-shaped diamond hanging from the mouth of a snake 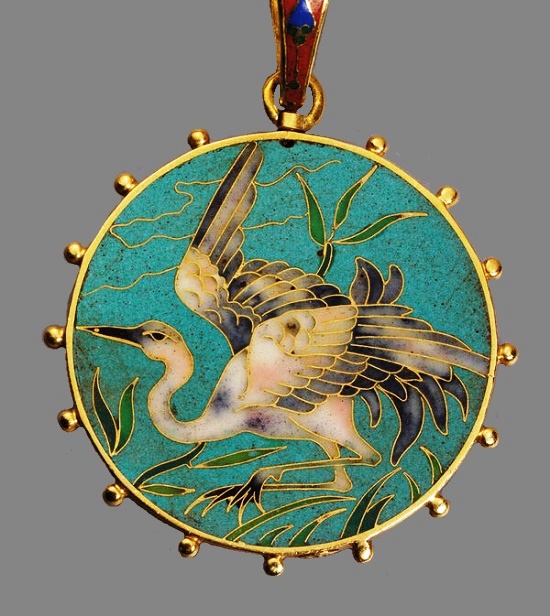 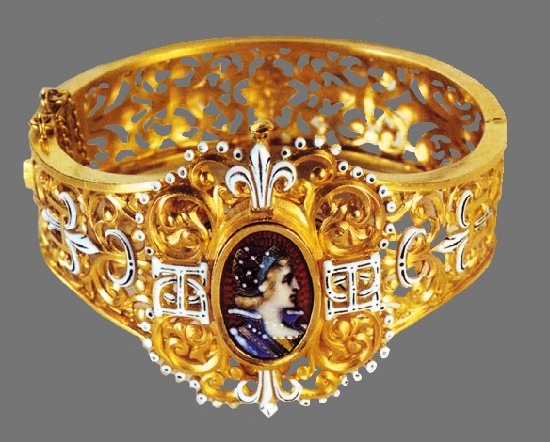 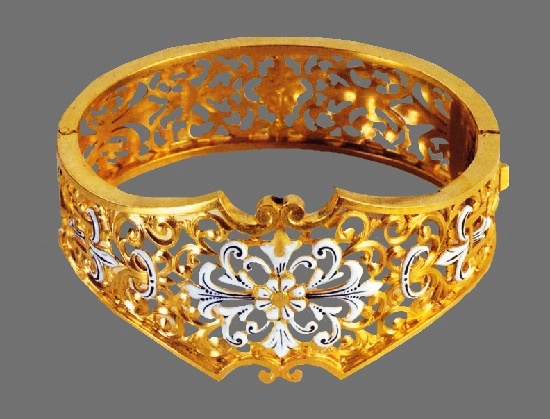 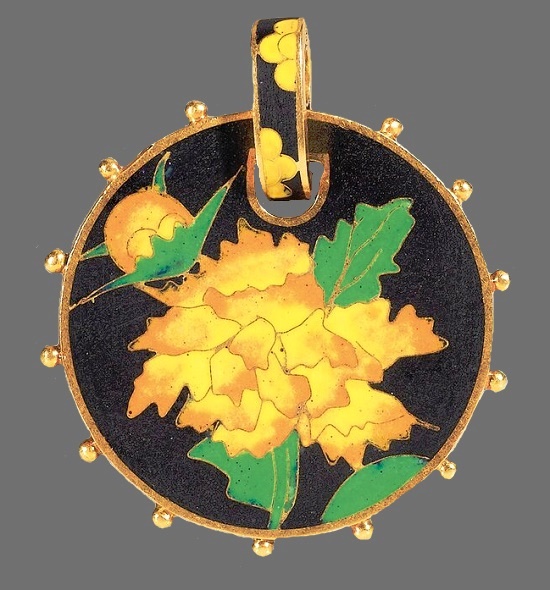 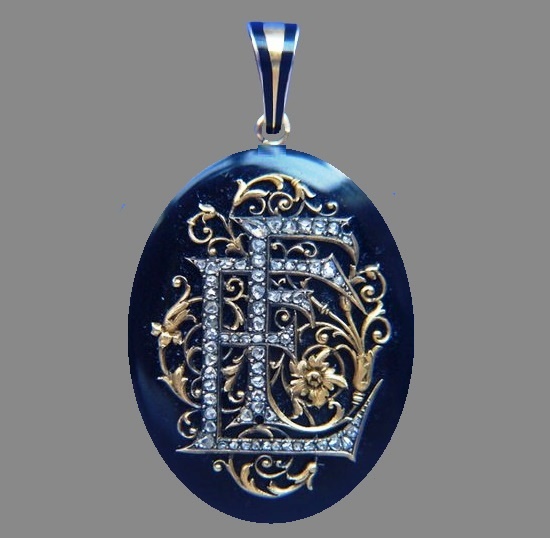 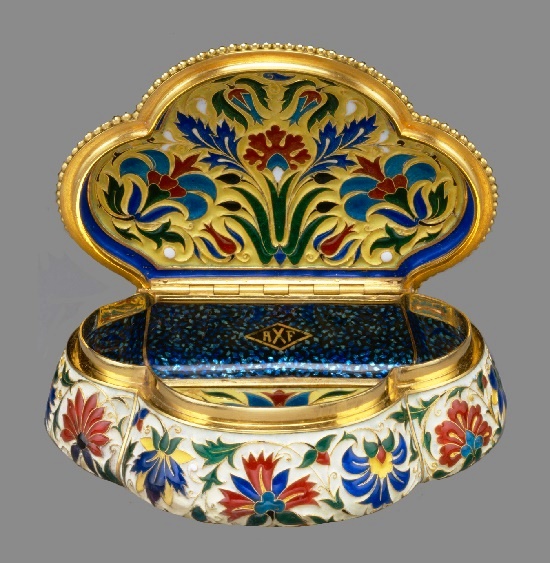 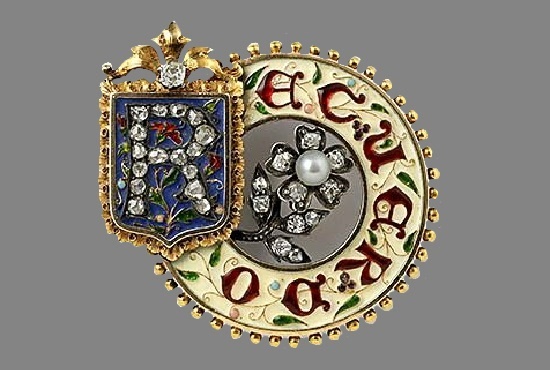 Medallions with enamel, work by Alexis Falize, the design by Lucien Falize, enamel by Tard. 1870. This set testifies characteristic for Falis passion for Japanese art 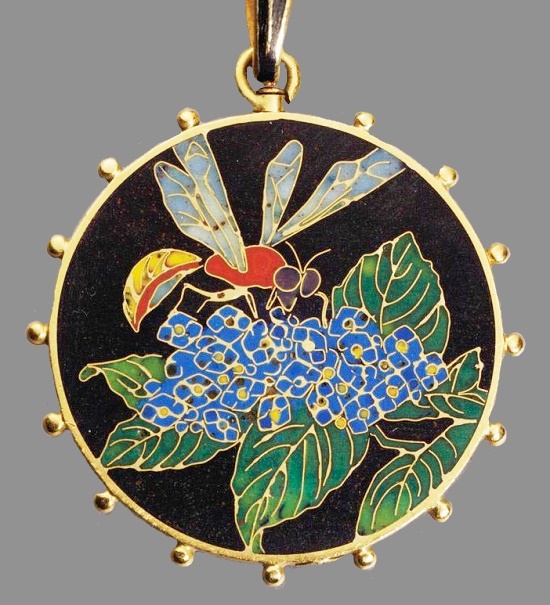 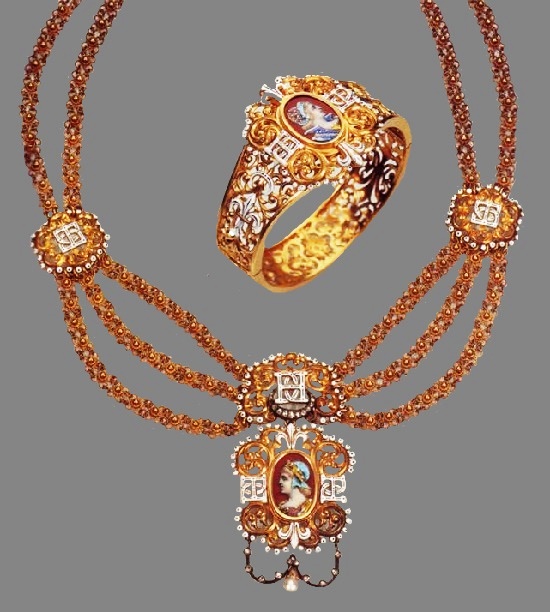 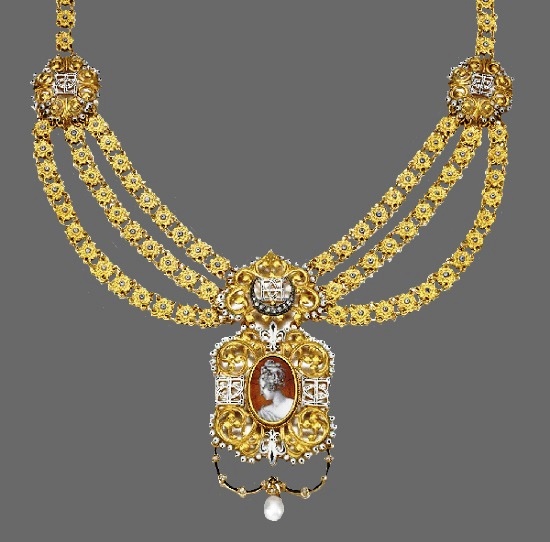 Necklace with centring on a copper and white enamel profile of a lady, monograms and fleur-de-lys, white and black enamel, rose-cut diamonds. Lucien Falize, 1880 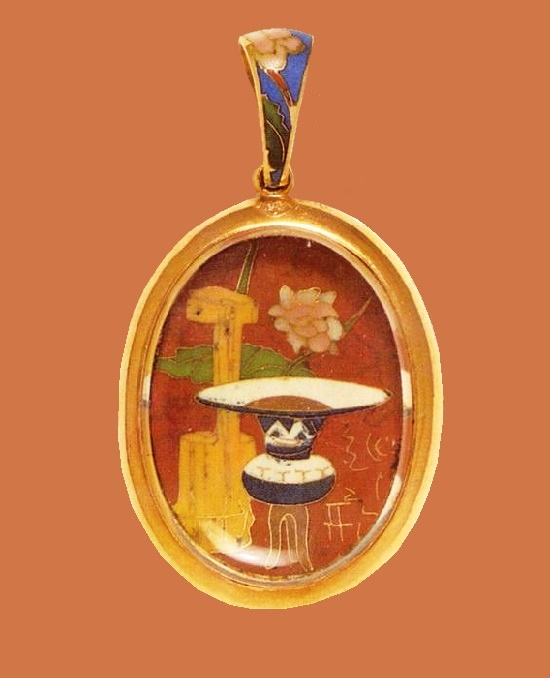 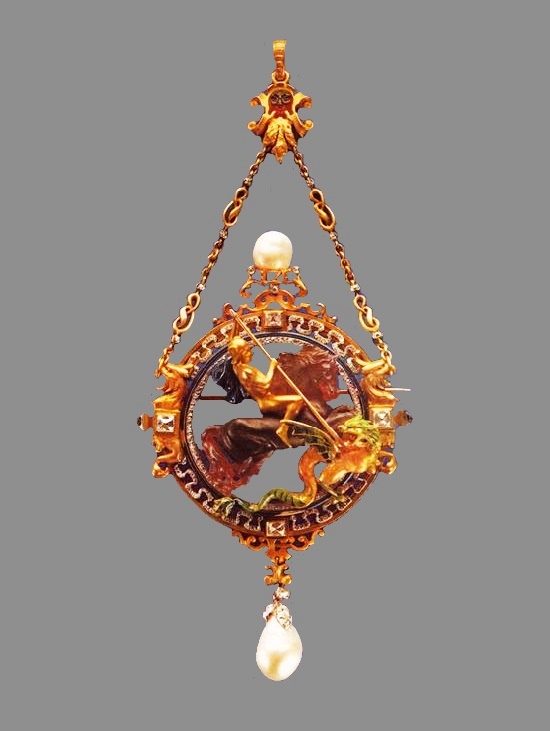 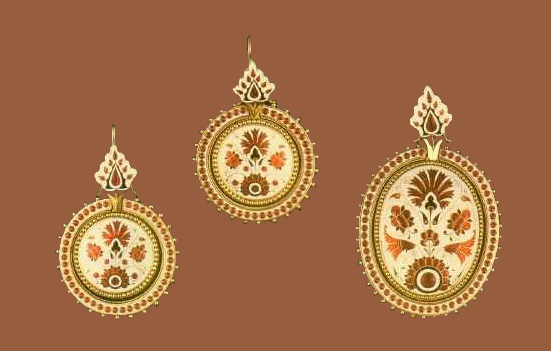 Semi-parure of gold with enamel work. 1875. An example of the enamel’s characteristic for this master 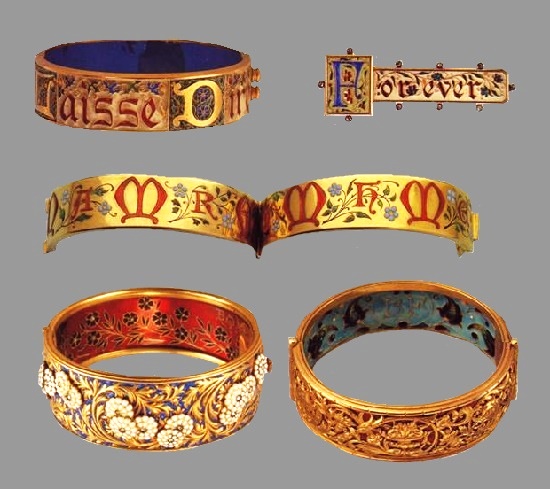 Series of bracelets with engraving 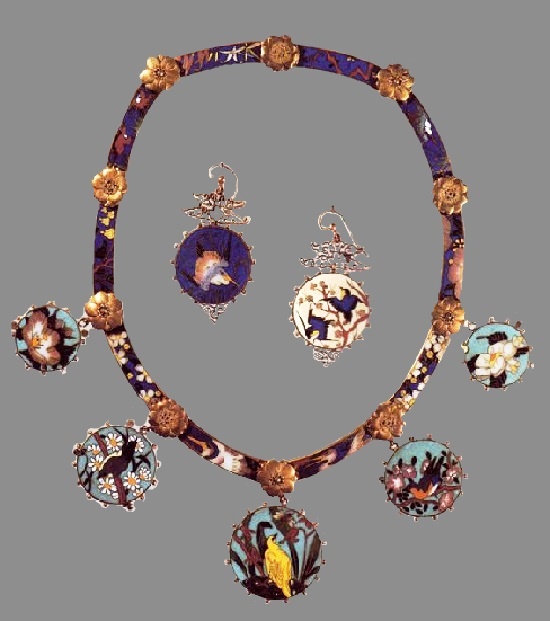 Set of necklace and earrings. 1867 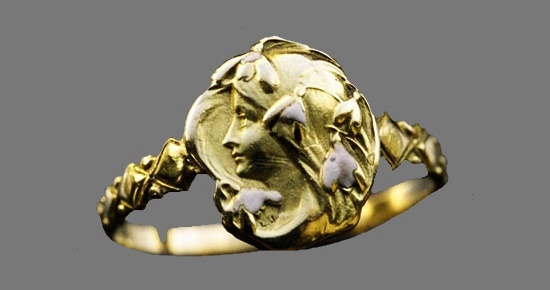 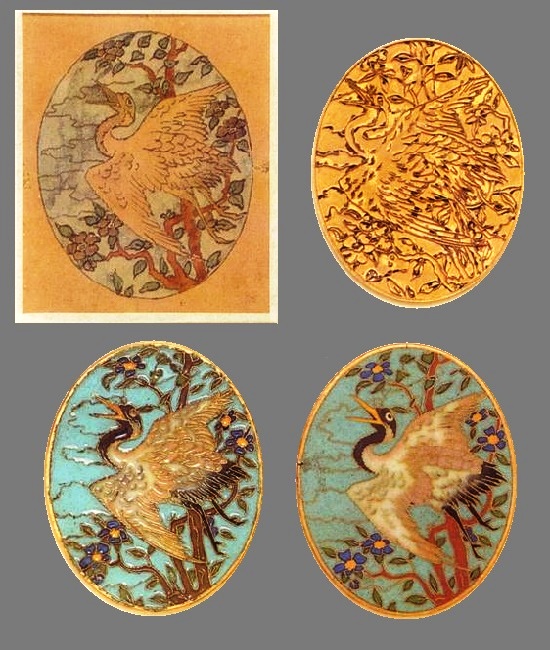