Alexander Calder spiral jewellery
According to Alexander Calder (1898-1976), the spiral sign is a talisman of a successful life. His earrings, necklaces and bracelets – mini-mobiles that dangle from the wrists, necks and earlobes. During his life, he has created more than 1800 pieces of jewelry, each one is unique, invented and made by Calder himself.
Traditionally, he created jewelry from steel wire, copper, silver and gold, often decorating it with what was lying under his feet: beach glass, pottery shards, pebbles, and splinters.
Born into a family of successful artists in 1898, Alexander’s father was a sculptor, and mother – a painter. Since childhood, Alexander was able to engage in a home studio. Even at the age of 8 years old, he created ornaments for his sisters’ dolls, and at 10 he created a small sculpture.
Despite the precocious talent, Alexander was not going to become an artist and enrolled at the Stevens Institute of Technology, from which he graduated in 1919. After graduation he worked as an engineer, hydraulic engineer, and even a stoker on the ship. Necklace created in 1930 by Alexander Calder, to the birthday of his mother

One day, while serving on a ship, Alexander woke up and went on deck. He saw a clean, clear dawn from one side of the horizon and the full moon on the other. This phenomenon made an indelible impression on him, and throughout his life he returned to it in his work.
In 1923 he moved to New York and joined the Art Students League. At the same time, he joined the National Police Gazette as an illustrator. Alexander returned to his hobby and began creating jewelry for the mother and sisters. In January 1931 Calder married Louisa James (a niece of the writer Henry James). Calder loved Louisa tenderly and faithfully, and spoiled her as much as he could. Most of the jewelry he created for his beloved wife Louise and his friends.
The sale of Calder jewelry lasted a very short time during the Second World War, in order to support the family.

Calder died in November 1976 of a heart attack. Anjelica Huston in necklace ‘Jealous husband’, 1940, a collection of Metropolitan Museum of Art Gerard Philippe with Jeanne Moreau in a ‘Nuclea’ bracelet, 1952 Margaret Schevill in a necklace made from brass wire Molly Ringwald at the Oscars. “It’s a huge honor to wear his jewelry. I feel very honored”, she said Ring created in 1930. Gift to a friend, the painter Joan Miro 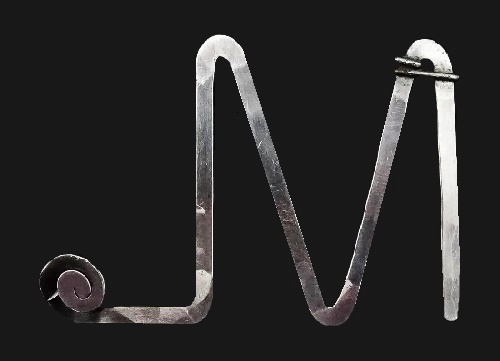 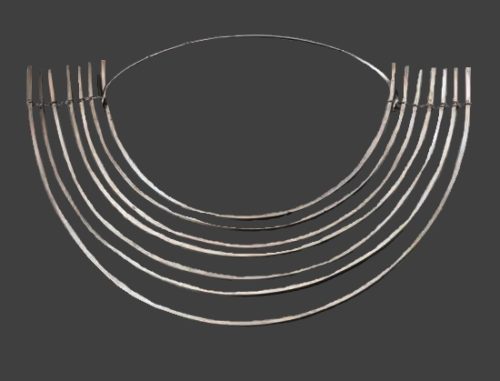 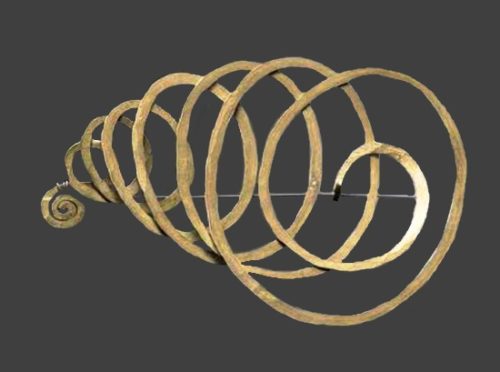 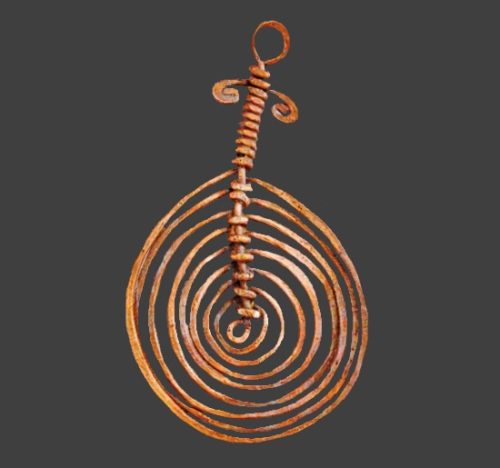 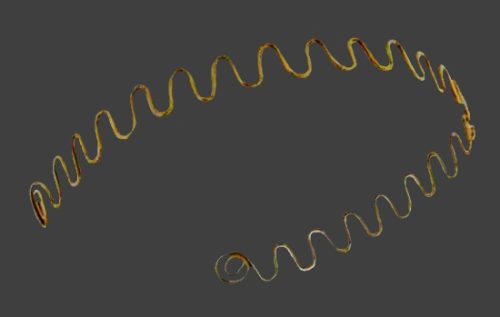 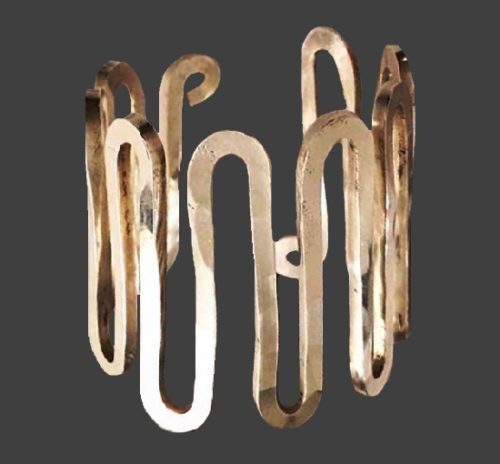 Made in 1938 sterling silver bracelet 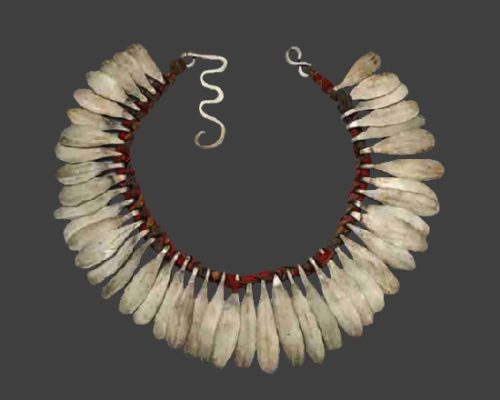 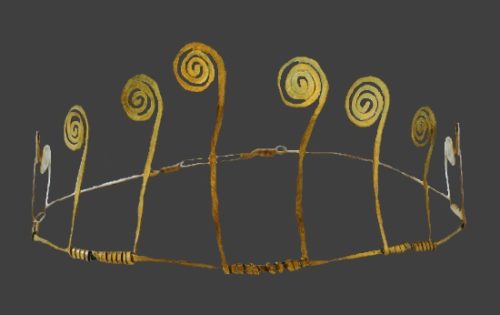 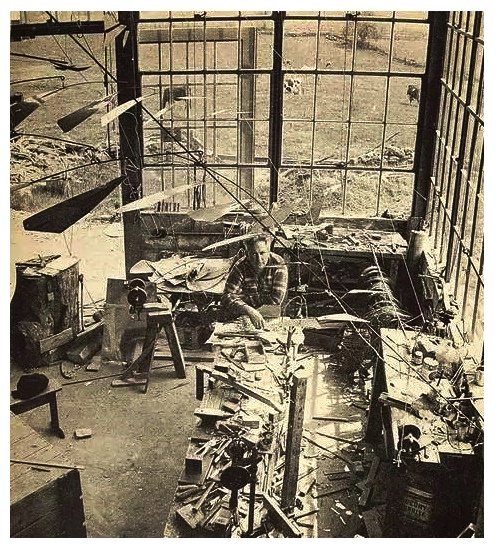 Alexander Calder in his workshop in Connecticut, USA. 1945